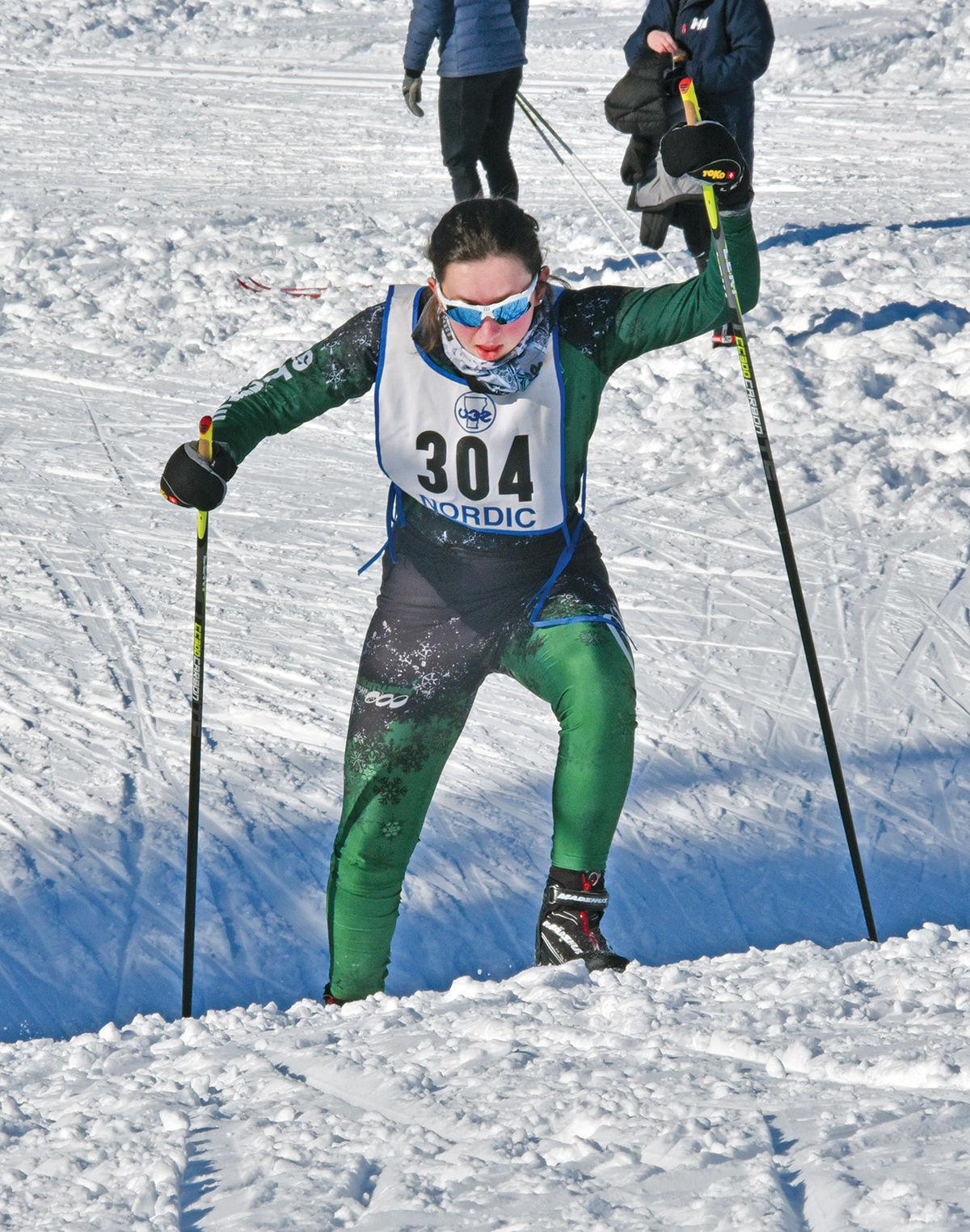 Stowe High’s Andrea Jackman charges up an incline in the annual U-32 Invitational Nordic Tournament. She finished 26th. 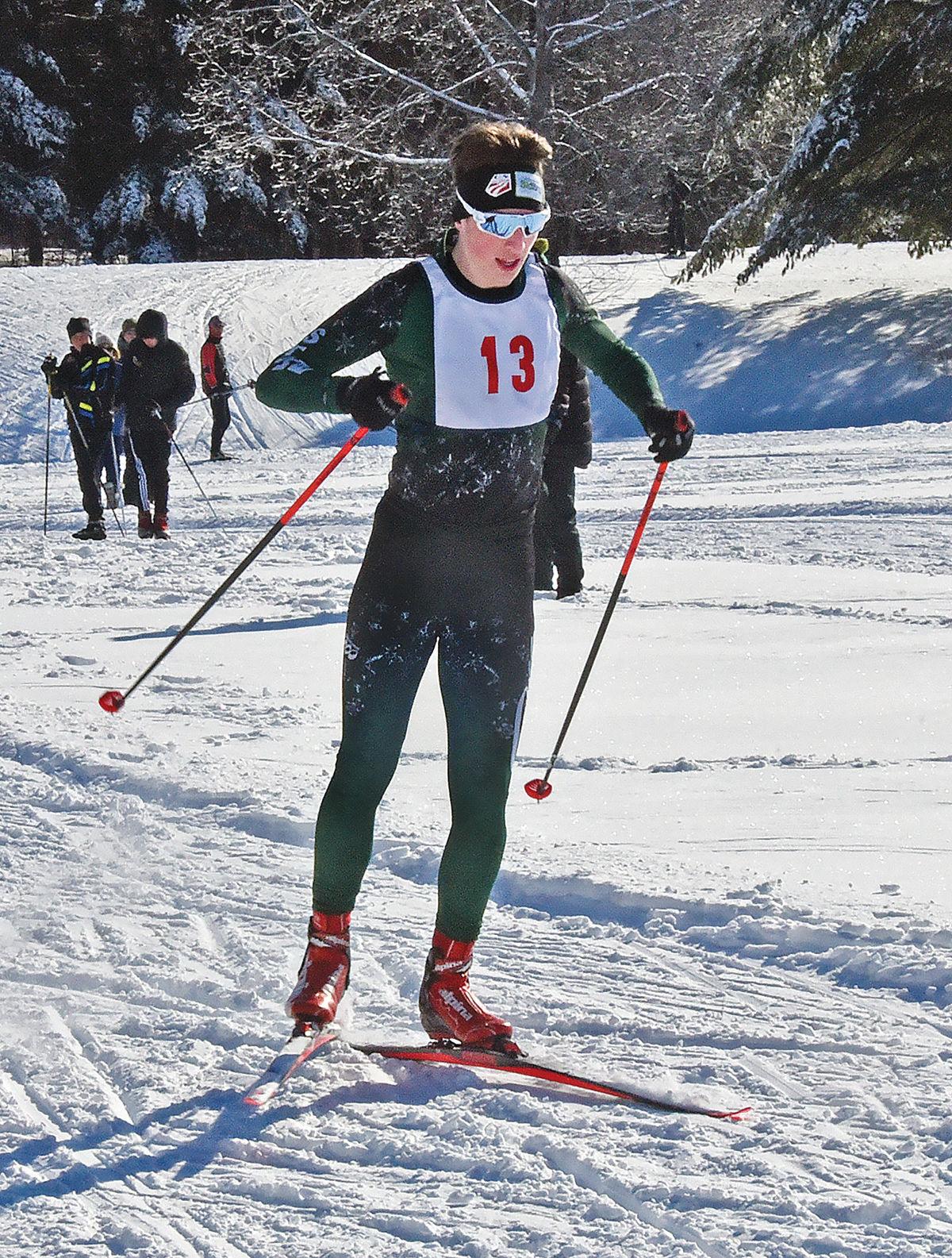 Stowe High’s John Lackey skis to second place at the U-32 Invitational. He and Andrea Jackman were the only two Stowe High competitors in the varsity race. 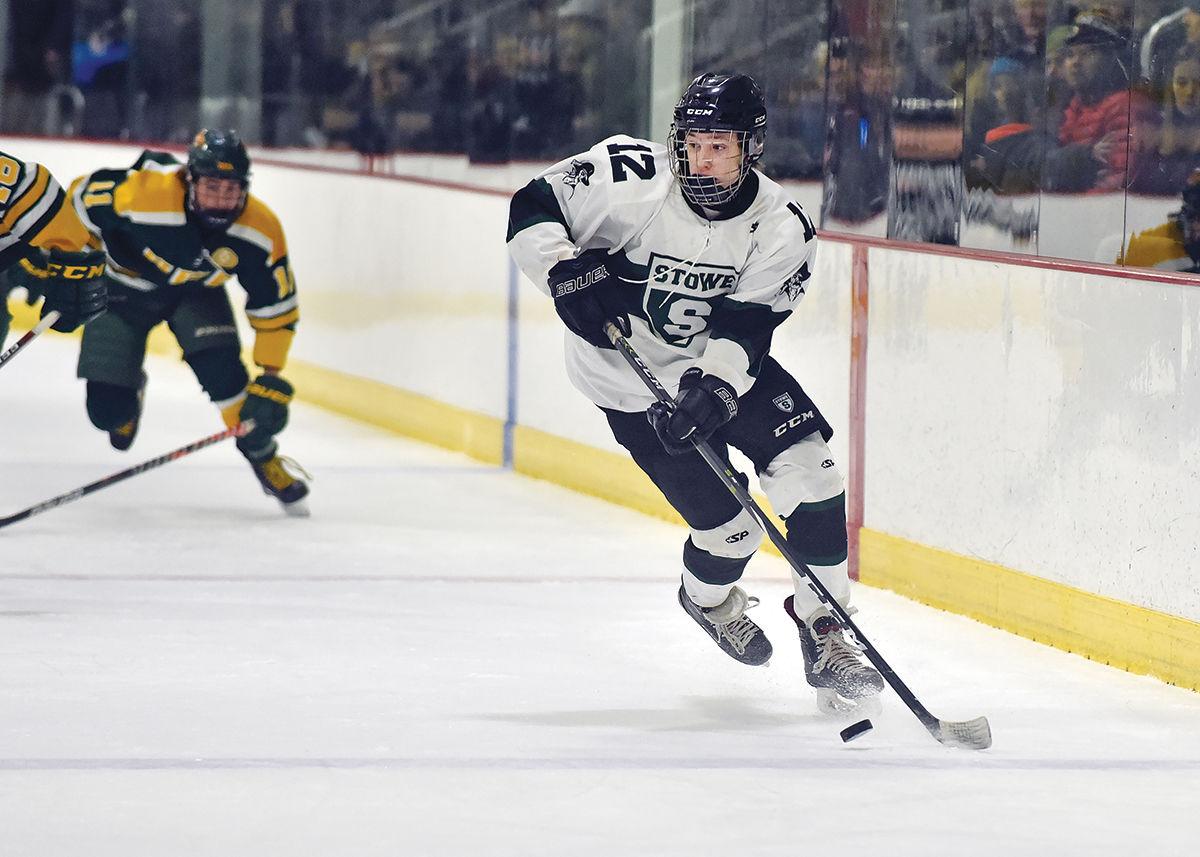 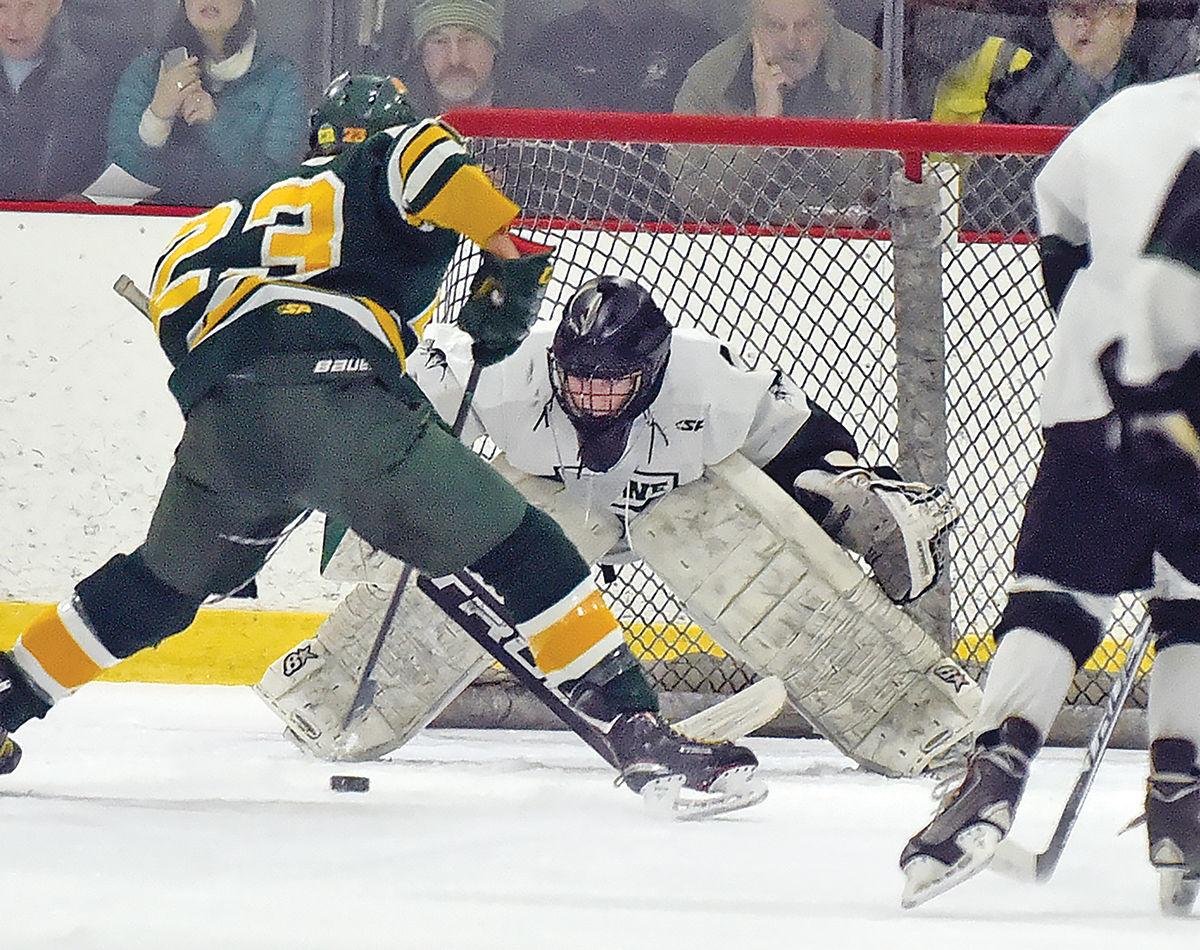 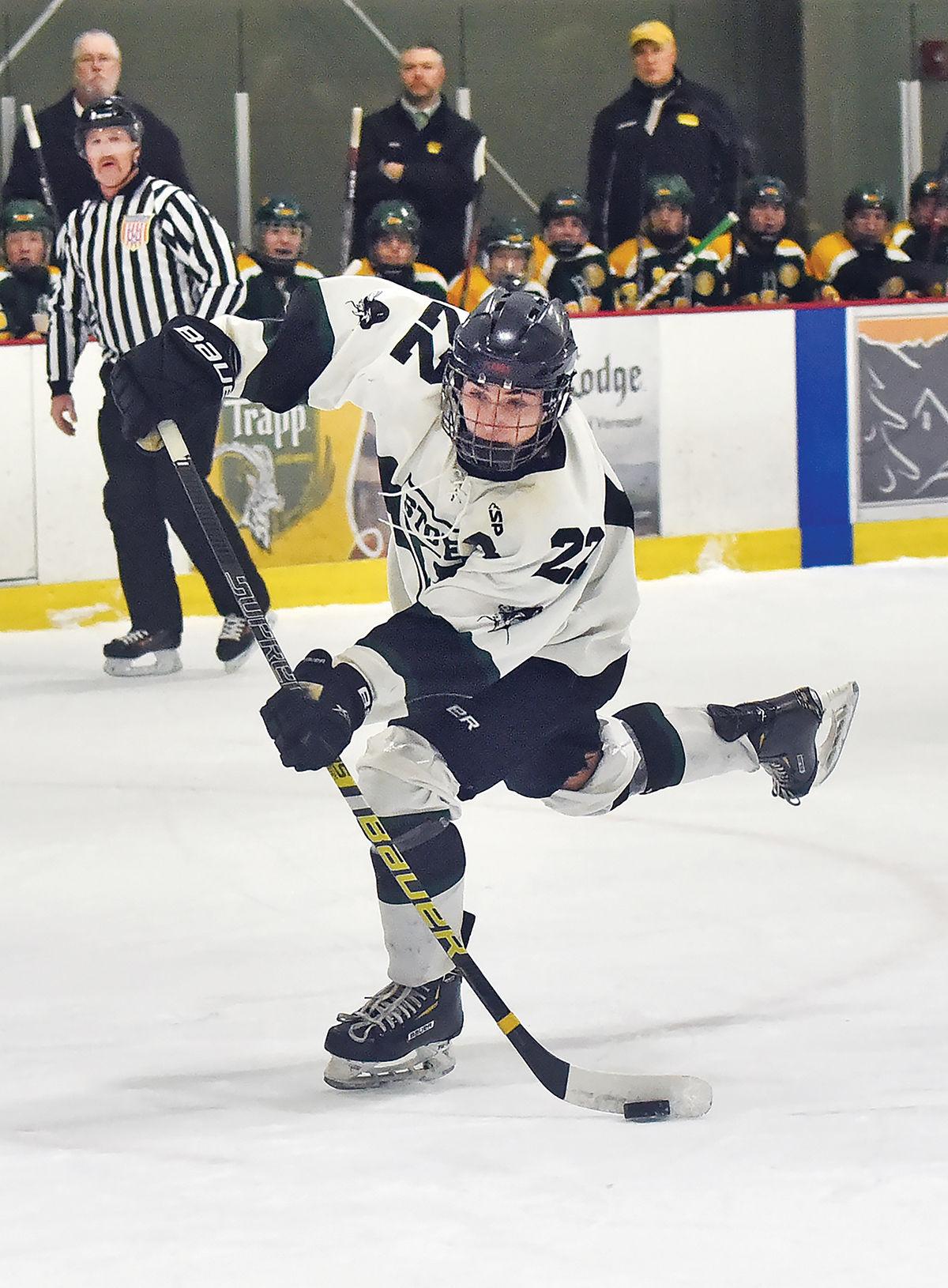 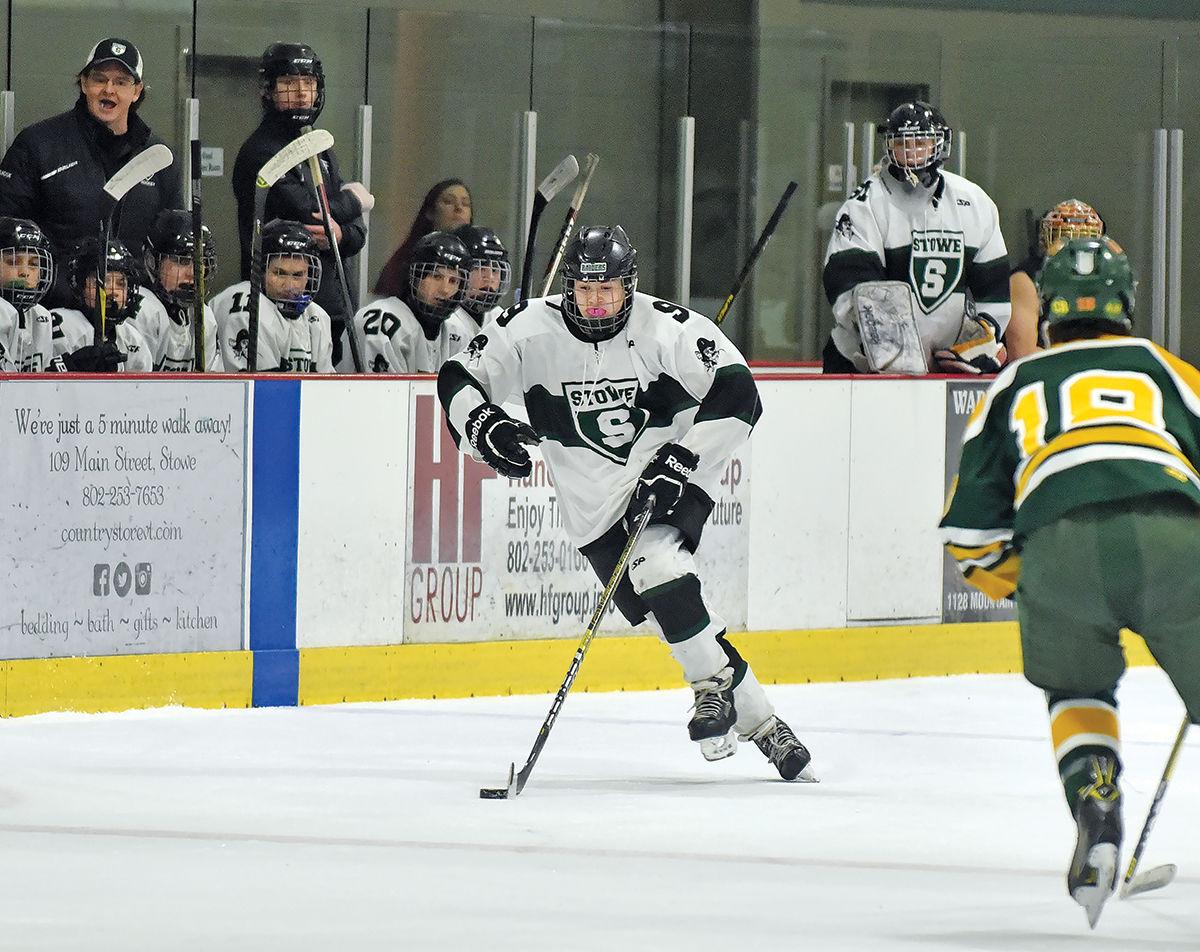 Stowe High’s Andrea Jackman charges up an incline in the annual U-32 Invitational Nordic Tournament. She finished 26th.

Stowe High’s John Lackey skis to second place at the U-32 Invitational. He and Andrea Jackman were the only two Stowe High competitors in the varsity race.

Stowe High’s boys and girls teamed up to finish first at a dual slalom event hosted by Harwood at Mad River Glen, and Stowe’s Juliette Hoder and Rai Bleda-Vilalta won the shootout event after the team event.

Here’s a look at how Stowe’s skiers finished individually in the team event; skiers are listed by place, name and time.

Jordyn Jackson had 17 points and 10 rebounds for Stowe, but that wasn’t quite enough, as the Raiders fell at home to BFA Fairfax.

“Early foul trouble for a few of our starters set us back a bit, but overall it was a great team effort,” Stowe coach Marcy Falcone said.

Stowe mounted a comeback in the fourth quarter, but “our shots weren’t falling when they needed to,” Falcone said. Abby Lehmann chipped in with nine for Stowe.

Fairfax improved to 8-6 and was in ninth place in Division 3. Stowe dropped to 5-7 and was 12th in the division.

Stowe’s Abby Lehmann and Rachel Cunningham teamed up to outscore host Northfield on their own, snapping a four-game losing skid for Stowe.

Lehmann and Cunningham scored 13 points apiece to lead the Stowe offense; Cunningham notched a double-double, as both she and Jordyn Jackson pulled down 11 rebounds. Their efforts on the glass were part of a strong day for Stowe in the paint.

“Great defensive team effort by Stowe to control both of Northfield’s post players,” coach Marcy Falcone said. “Offensively, we kept our turnovers low and moved the ball, which opened up shots against the zone” defense Northfield was playing.

Jordan Goodwin led Stowe with 15 points in his first varsity start and the Raiders beat Craftsbury in the consolation game of the annual Stephen Willey Tournament.

Stowe, 8-8, is currently eighth in Division 3 with just over a week left to play in the regular season.

Twinfield broke open a close game by outscoring Stowe 12-8 in the fourth quarter in the opening round of the annual Stephen Willey Tournament in Craftsbury.

Down one at the half, Hazen slowly pulled away in a road win over Stowe. “They just beat us in the second half,” Stowe coach John Decker said.

Hazen star Isaiah Baker led all scorers with 27 points. Stowe was led by Rashawn Russell with 13 points and his brother Rashane Russell had nine points.

BFA St. Albans outlasted Peoples Academy-Stowe in a barnburner to get the road win.

Henry Paumgarten scored twice and assisted on another goal to lead PA-Stowe to a road win at Champlain Valley Union.

Alex Tilgner assisted on every goal for PA-Stowe and Atticus Eiden had two assists for the Raiders.

Peoples Academy-Stowe eked out a victory at Hartford for the Raiders’ third win this season.

The loss was PA-Stowe’s sixth by a single goal this season.

Lackey second at U-32 Invitational

Stowe’s John Lackey finished second at the annual U-32 Invitational, and his teammate Andrea Jackman was 26th in the girls race.

They were the only Stowe competitors in the varsity races.

Bear hunters in Vermont had a safe and successful hunting season in 2019.