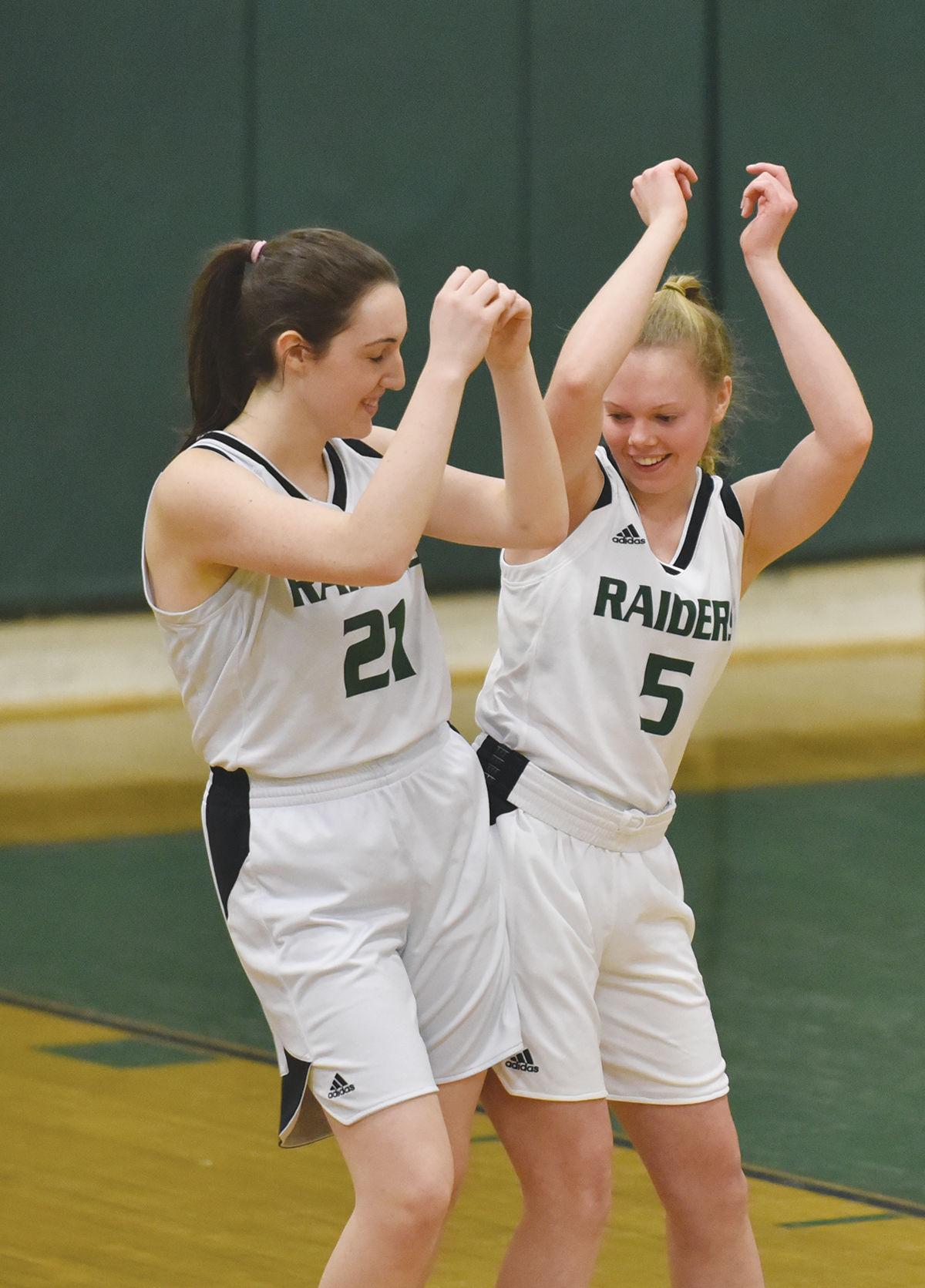 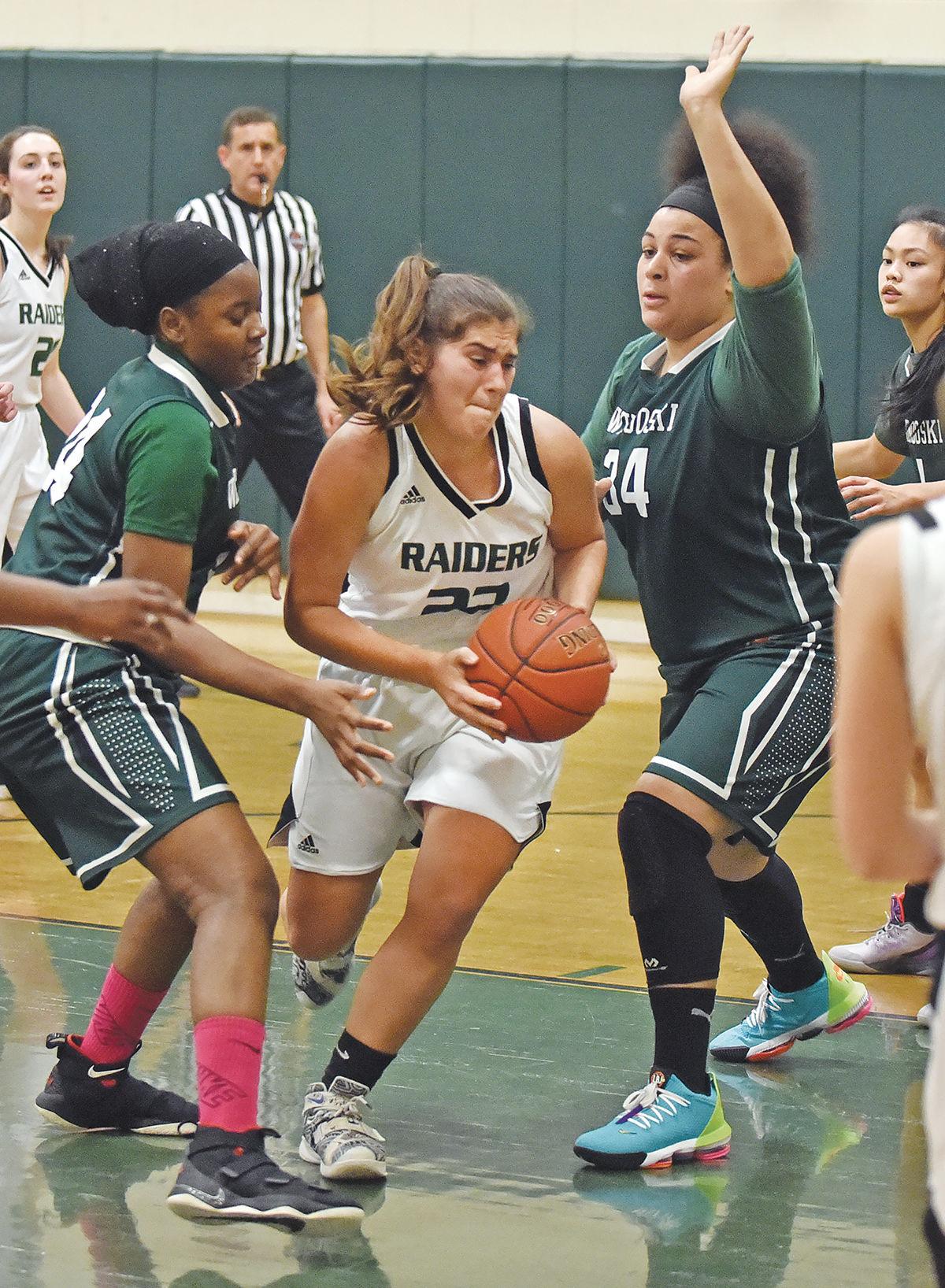 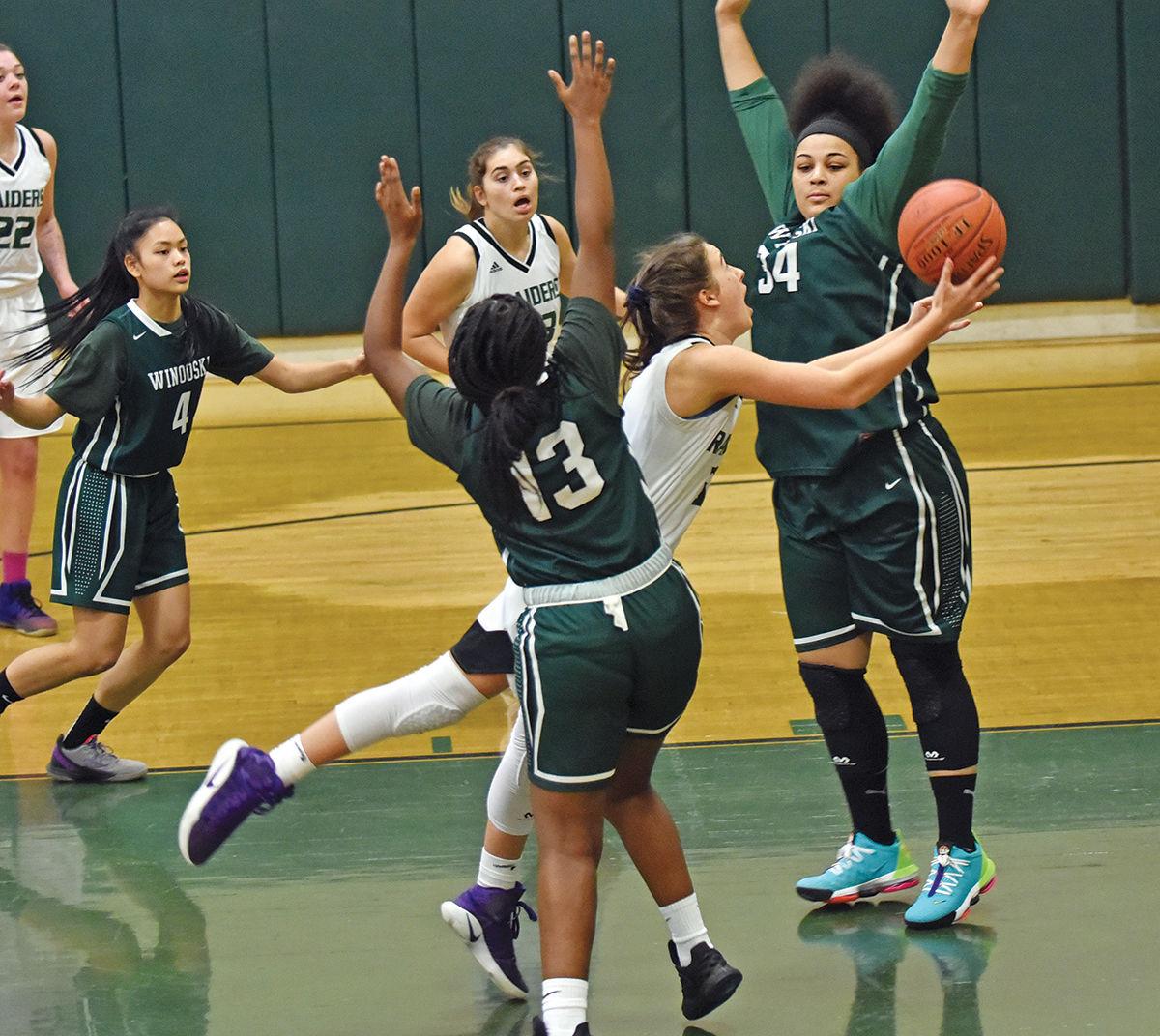 Down 25-22 at the half, Stowe outscored Sharon 19-6 in the third quarter, then swapped buckets with the visitors the rest of the way.

“We got off to a slower start but came out firing in the third,” Stowe coach John Decker said.

Roshawn Russell was the top scorer for a balanced Stowe offense with 13 points. Max McKenna had 10, Rashane Russell and Luke Farley had seven points apiece, Daniel Lyden had six and Alex Reichelt had five points and five rebounds.

Stowe’s second-half comeback came up just short as host Websterville handed the Raiders their first loss of the season.

Websterville jumped out to an early lead; Stowe battled back and briefly took the lead in the fourth quarter, but couldn’t hold it.

Max McKenna led Stowe with 25 points and Rashane Russell and Daniel Lyden had 10 points apiece. McKenna and Russell sparked a big second half for Stowe, as they connected on three 3-pointers apiece after the break.

The Raiders got off to a slow start, but “Alex Reichelt kept us in the game in the first half,” Stowe coach John Decker said. “He dominated the offensive and defensive glass,” and finished with 10 rebounds. Russell added six rebounds, Luke Farley had seven and three other players had at least four.

Stowe’s Juliette Hoder had the fastest run on both trips down the hill to win a slalom race at Smuggler’s Notch Resort.

Skiing for the Stowe boys, Charlie Alekson finished sixth with a time of 1:20.48. St. Johnsbury’s Tommy Zschau won the boys race in 1:14.19 and Michael Mansfield-Alessio of Colchester was second in 1:15.85.

Only two other Stowe skiers completed both their runs at the event; Orly Bryan was 15th in the girls race and Matt Fortenberry was 17th in the boys field.

Lackey fifth at U-32

Stowe’s John Lackey cracked the top five at a race hosted by U-32.

Lackey skied a 15:56.40 to finish fifth, 10 seconds ahead of Lamoille Union’s Jasper Henderson, who was sixth; Peoples Academy’s Eli Smith finished eighth in 16:13.08.

Three players led the way for Harwood-Northfield; Reese Clayton and Louisa Thomsen had two goals and one assist apiece and Rachel Fernandez scored once and assisted on four other scores. Clara Griffin and Hailey Brickey each had a goal and an assist, Olivia Kaplan also scored and Kailie French, Halle Joslin and Molly Yacovoni has single assists.

St. Albans, a Division 1 team, improved to 4-2; the team hasn’t lost to a Vermont squad yet this season, as both its losses came in an early-season tournament against out-of-state competition.

Adrian Bryan scored the only goal of the game to allow Peoples Academy-Stowe to escape with a win over host St, Albans.

Landon Dubie and Cam Anderson had the assists on Bryan’s score. Goalie Ethan Brown made the lead stand up with 32 saves in the shutout victory.

St. Albans, a perennial power in Division 1, dropped to 4-2. Playing in big-school D-1 again this season, PA-Stowe is also 4-2.

Stowe snowboarder Acy Craig competed at her biggest venue yet, the Youth Olympics in Lausanne, Switzerland.

The Stowe Youth Hockey Under-10 tier 3 team played neighboring Harwood Jan. 11 in Waterbury for the second matchup of the season. The first time these teams played in November, Harwood won 5 to 2.