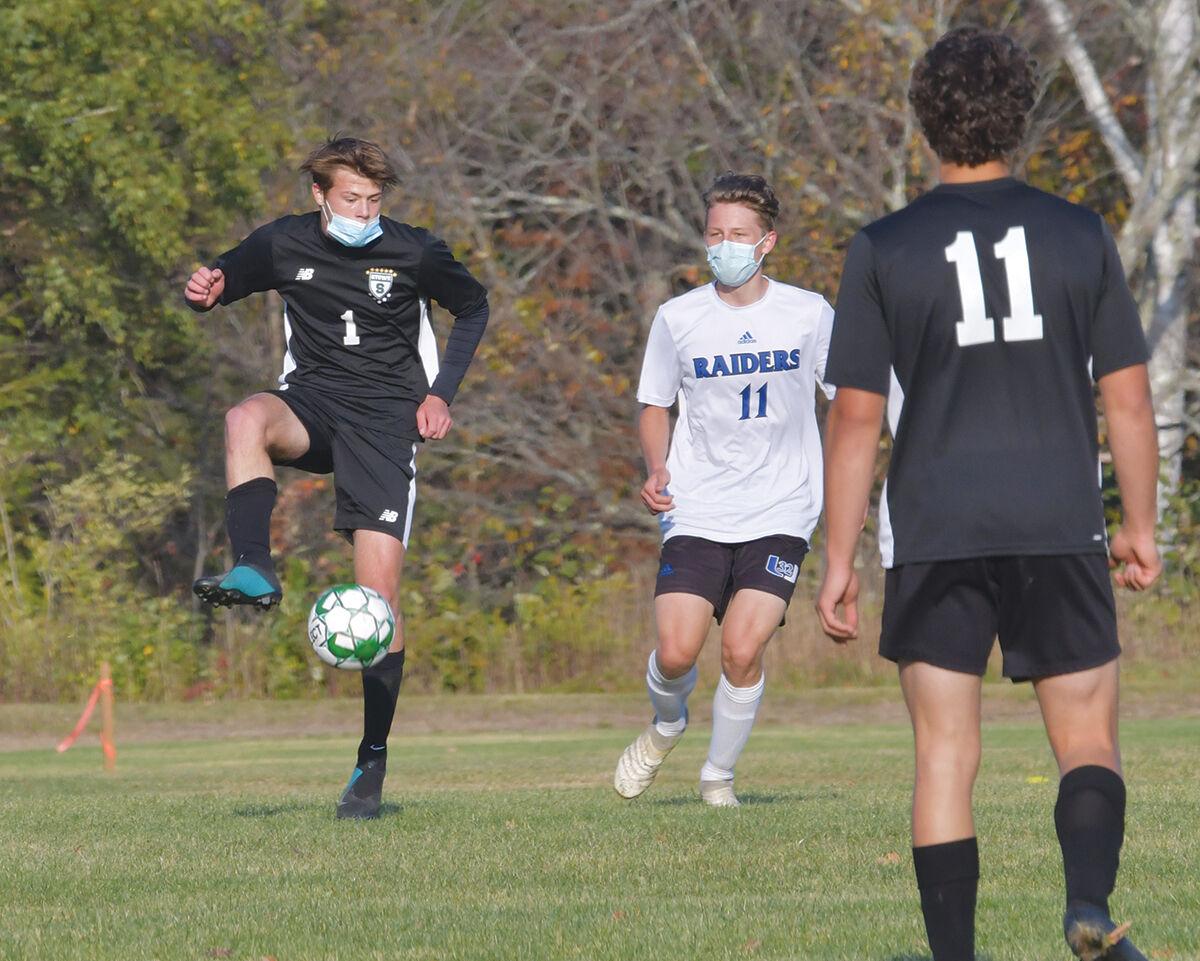 Adrian Bryan settles the ball during a Stowe offensive push in the Raiders’ game against U-32 last week. Stowe won the game, 3-0, to improve to 4-0 on the season but the Raiders dropped their next game, a 2-1 overtime loss at Vergennes. 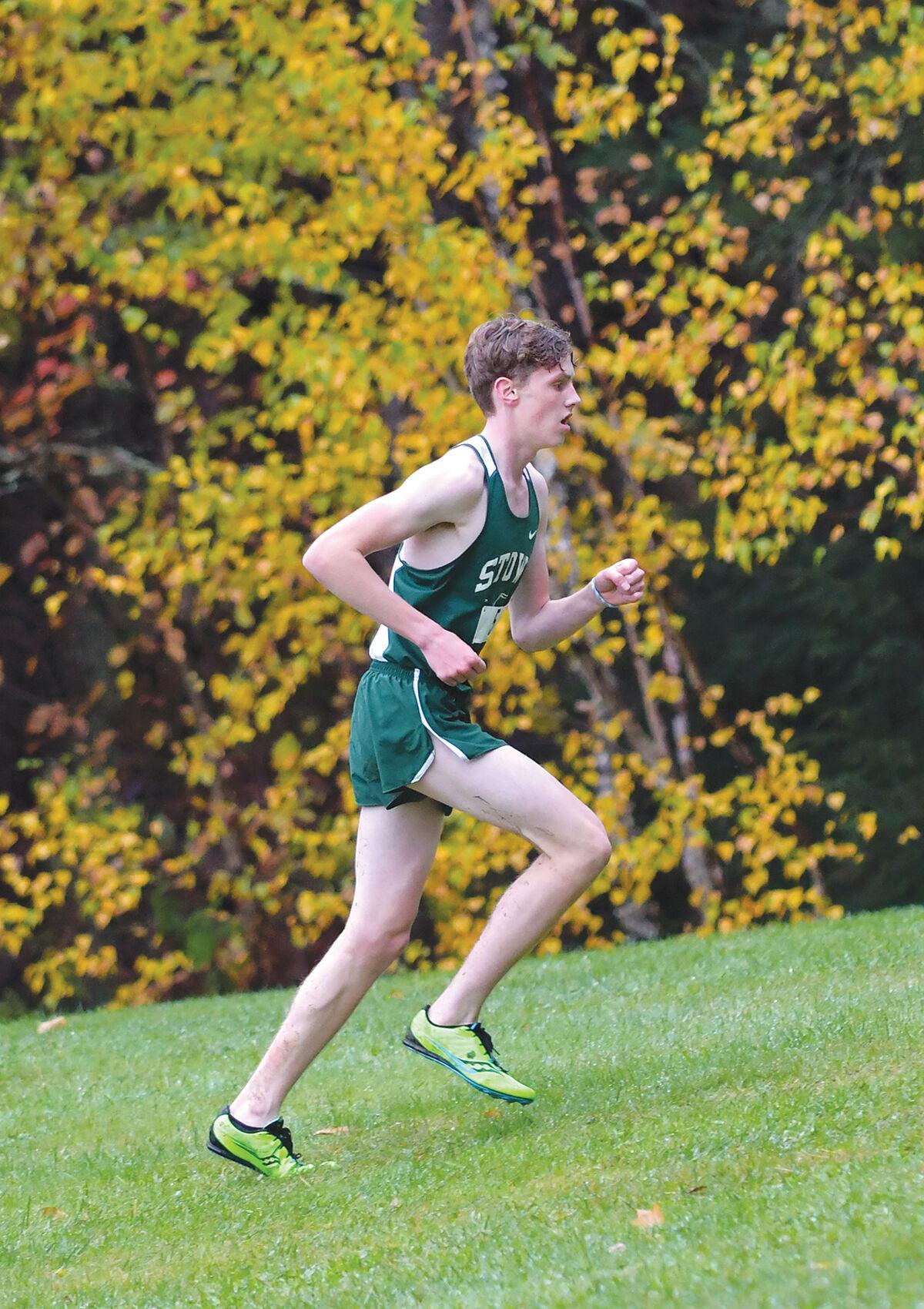 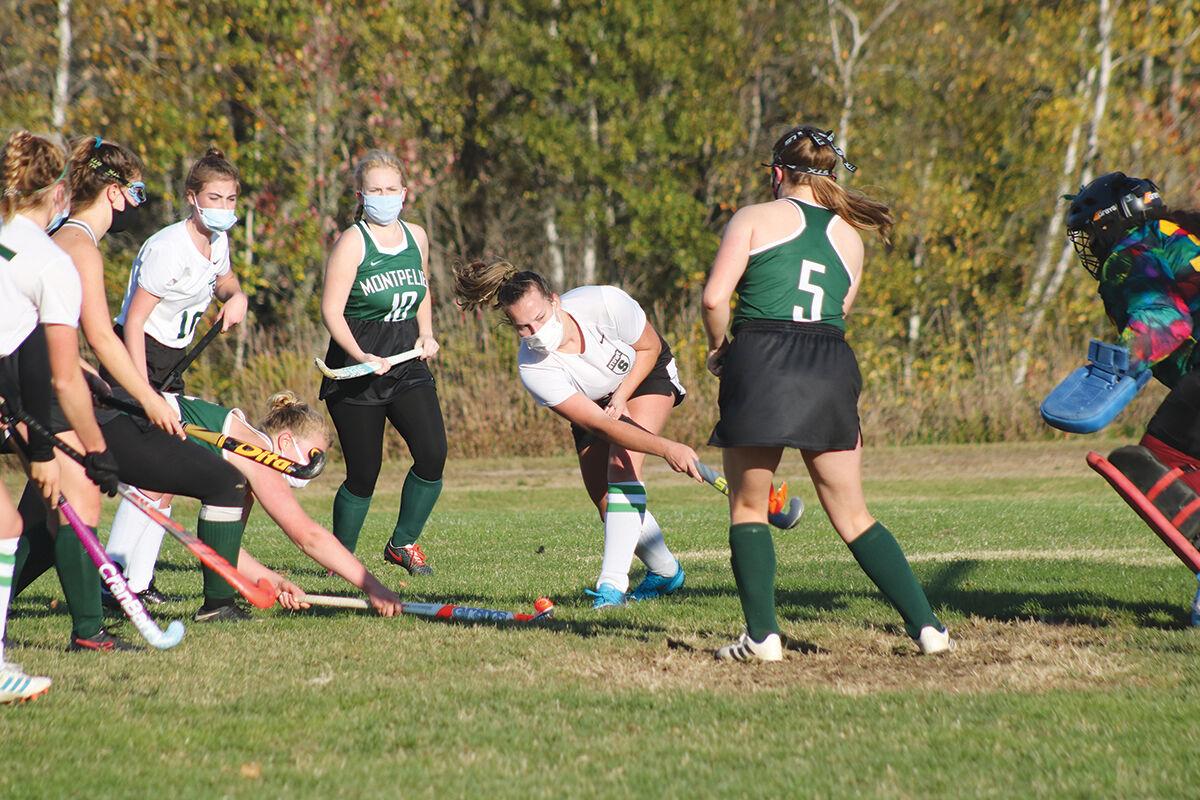 Abbie Rice, #28, from Stowe, scored all three goals in a 3-2 win over Montpelier on Senior Day at Stowe High School.

Adrian Bryan settles the ball during a Stowe offensive push in the Raiders’ game against U-32 last week. Stowe won the game, 3-0, to improve to 4-0 on the season but the Raiders dropped their next game, a 2-1 overtime loss at Vergennes.

Abbie Rice, #28, from Stowe, scored all three goals in a 3-2 win over Montpelier on Senior Day at Stowe High School.

Abbie Rice struck for a hat trick to lead Stowe to the comeback win over visiting Montpelier on Senior Night.

Montpelier got on the board first, but Stowe answered with three straight scores from Rice to build a lead that Montpelier couldn’t overcome, despite a late goal to get back within one.

Stowe improved to 4-1 and was in second in Division 3 with less than a week, and just two games, left in the COVID-shortened regular season.

The D-3 playoffs are slated to begin next week; Stowe was scheduled to close out the regular season with a contest at rival Harwood on Wednesday, after the Stowe Reporter went to press, and a game at North Country on Friday.

Spaulding struck first, but visiting Stowe rallied for the next two scores to get the win.

The two squads played a scoreless first half before Spaulding scored just after the break.

“We had an amazing defense, they held the team up in the beginning,” Stowe coach Justina Wentworth-Reichelt said. “It was a great game, they’re a really good team.”

Stowe quickly answered, as Natalie Doehla scored soon after on an assist from Reagan Smith. The Raiders took the lead in the fourth quarter, when Skyler Graves scored on an assist from Abbie Rice on a penalty corner.

Molly Bombard had the goal for Spaulding.

Host Vergennes struck for the game-winning goal in overtime to hand Stowe its first loss in two years.

The Raiders last lost a game during the 2018 regular season before going on to claim the Division 3 crown that season and winning the Division 2 title last year to cap an undefeated season.

Adrian Bryan scored for Stowe and Isaiah Schaefer-Geiger made seven saves in goal.

Host Stowe struck for a pair of first-half scores, then put the game away after the break to get the win in a matchup of Division-2 contenders.

James Guffey made it 3-0 Stowe with a long shot 15 minutes into the second half and goalie Isaiah Schaefer-Geiger made five saves to earn his third shutout of the season.

Caroline Kirby and Sasha Kennedy teamed up for both scores to lead U-32 to the win over Stowe.

Kirby scored both goals for U-32, each one coming on an assist by Kennedy.