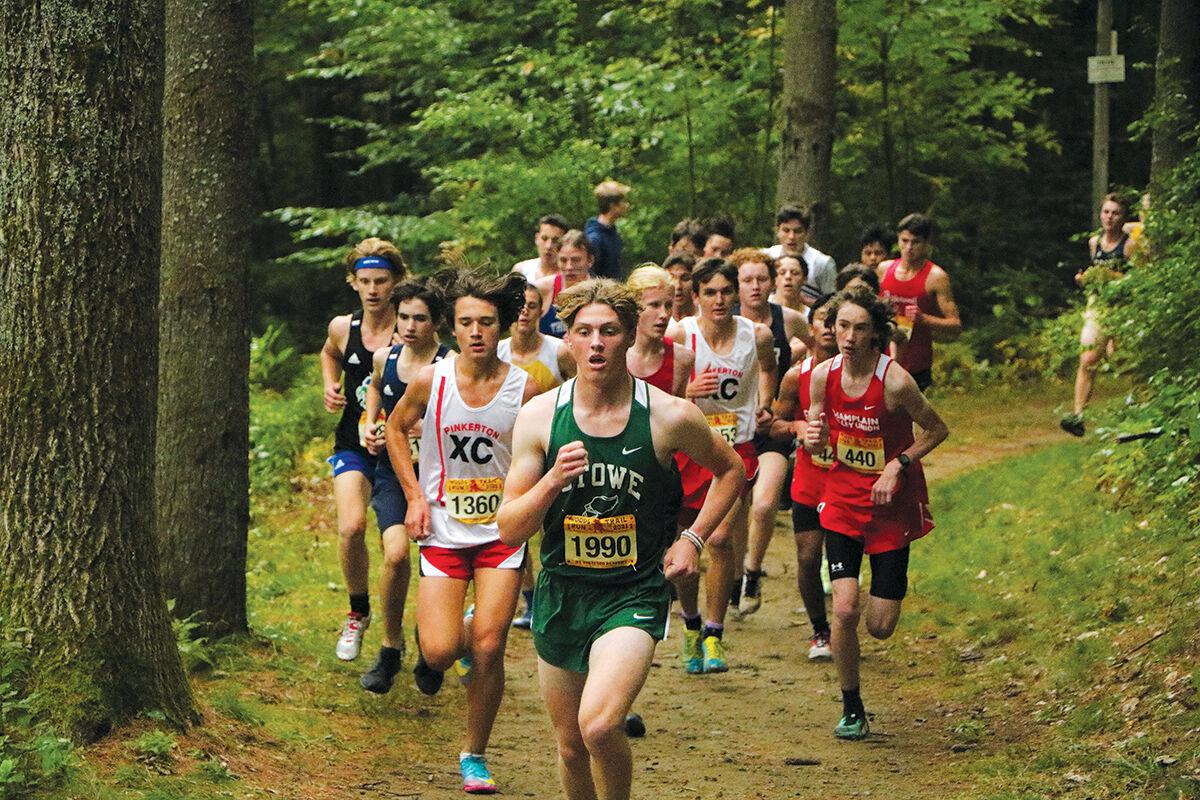 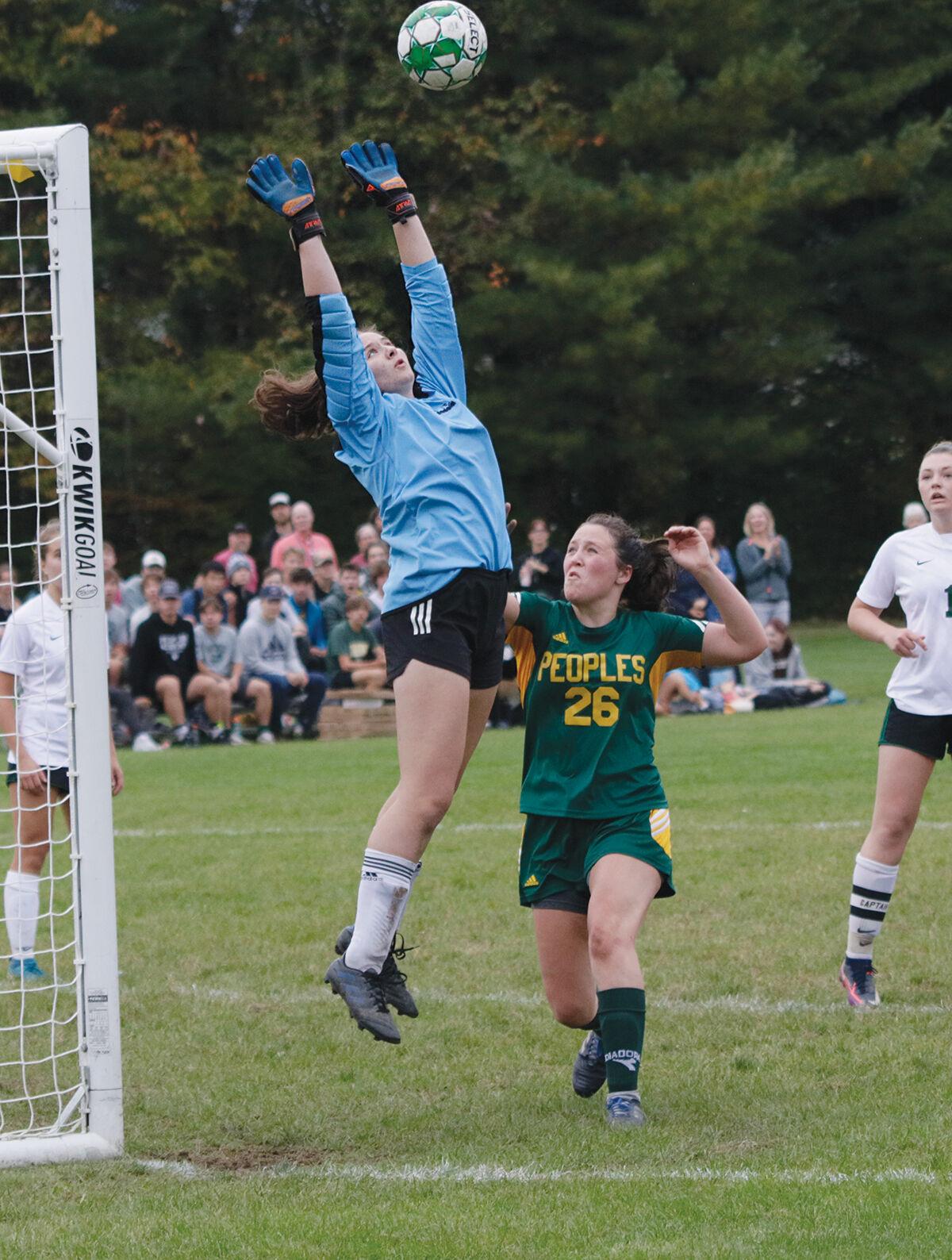 Stowe goalie elevates just in case a Peoples Academy shot on goal had a chance to get by her. 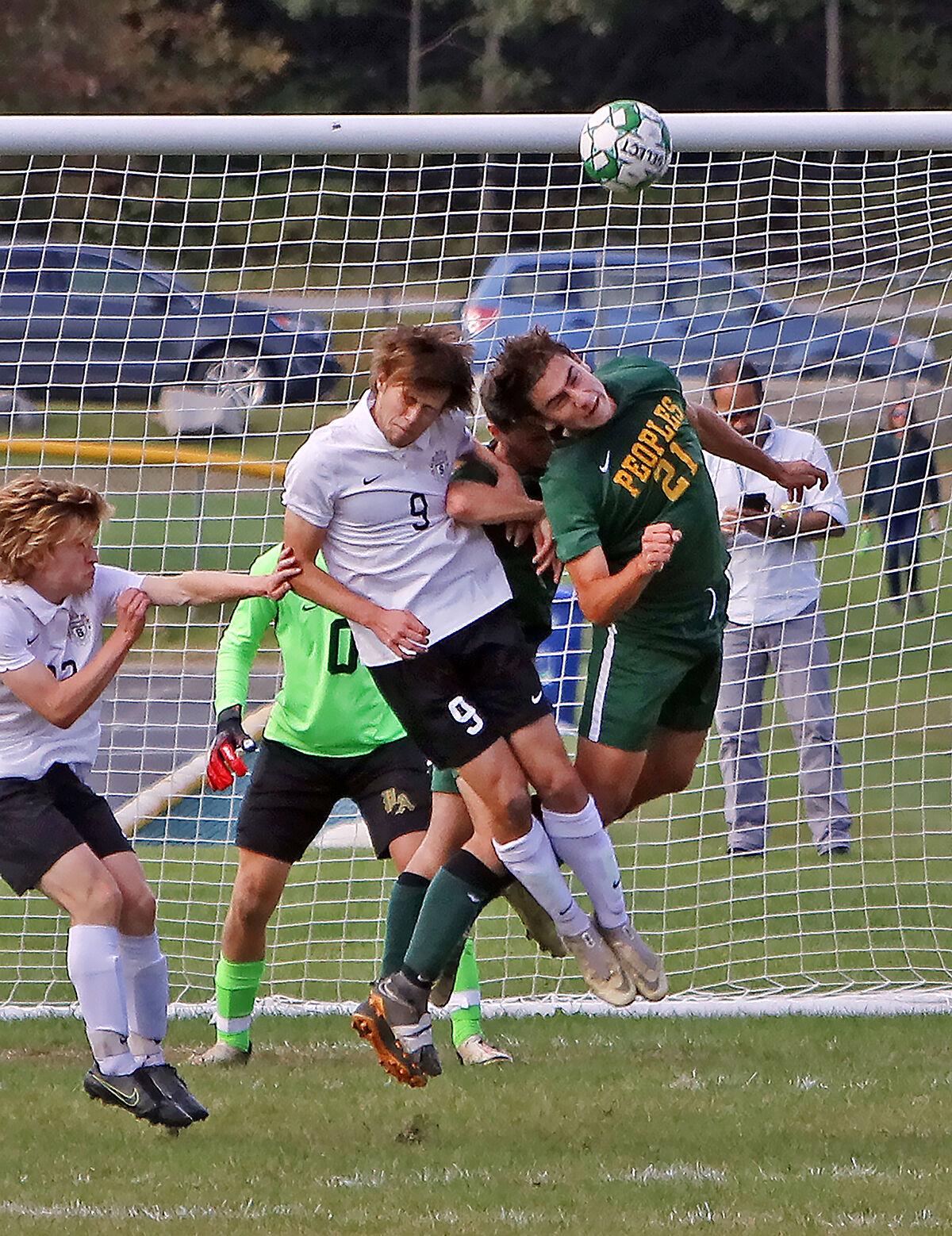 Ollie Nigro had a goal and an assist for the Wolves. For Stowe, Adrian Bryan, the team’s leading scorer on the season, notched the two goals to tie the game.

Stowe goalie elevates just in case a Peoples Academy shot on goal had a chance to get by her.

Ollie Nigro had a goal and an assist for the Wolves. For Stowe, Adrian Bryan, the team’s leading scorer on the season, notched the two goals to tie the game.

It was something of a rivalry week on the soccer pitch for Stowe High School. Here’s how the Raiders’ teams fared this past week.

A tie is never a loss, and sometimes it can taste particularly sweet.

Take coach Angie Faraci’s post-game note: “It’s the first time PA has not lost to Stowe in over a decade.”

Sure, there’s a baked-in rivalry between these two Lamoille South squads, but there’s also that long string of championships that Stowe can boast — eight in a row, between 2010 and 2019.

All the offense happened in the first half, as the PA boys concentrated on Faraci’s mantra of “six seconds” of work around every play. When you break an 80-minute game into six-second bites, that leads to near continuous intensity, which is what Friday’s contest featured.

“The players for PA trained all week to take on and counter the direct style of play and speed that Stowe players are known to have,” Faraci said. “The PA players all worked so hard and played as a team. They covered for one another, supported every play, and dug in for six seconds at every turn.”

Ollie Nigro had a goal and an assist for the Wolves, Matthew Moeykens had the other goal and Max Kuhnle had the other assist. For Stowe, Adrian Bryan, the team’s leading scorer on the season, notched the two goals to tie the game.

PA’s Anna Isselhardt scored first blood at home against the defending champion sister school Stowe, but the lossless Raiders clamped down for the rest of the game until the opportunity presented itself late in the second half for a pair of goals from Sarah Hailey.

PA coach Brett Sarsfield said Sadie Baranyay, who fed Isselhardt the ball for a 35-yarder, appeared to have her own goal in the second half, as Stowe’s keeper bobbled it, but saw the play whistled dead by the referees.

“We went from being nipped by the injury bug to having it take an actual big bite out of our team,” Sarsfield said. “These things happen over the course of the season, and our players have responded positively.”

He said that, following the Tuesday game, the squad has a week off from games, which should help with rest and recovery.

“Once we get some players rested, and recovered from injuries, I know we can expect some real positive results for this group as we head into the back half of the season and playoffs,” he said.

Sarsfield gave credit to “dynamic and dangerous” Stowe, and his own defenders, singling out Weslie Carlson’s play and goalie Josie Simone’s performance in goal, where she had eight saves.

Stowe’s Olivia Gianni scored in the first half and Isabel Donza scored with 13 minutes left in the second to put away central Vermont rival Thetford.

One of those schools has won every Division 3 girls’ soccer championship since 2015, after other rival PA ceded its grip on the division following six championships in seven years.

Stowe is the reigning champ.

Stowe’s varsity field hockey team may be playing a junior varsity schedule this season because of low numbers, but that just makes the squad look like the perennial powerhouse of yore.

The team moved to 5-0 on the season with the win over Woodstock. Scoring for Stowe were Reagan Smith and Gabby Doehla.

Emaline Ouellette had a hat trick as Stowe blanked Division 1 school North Country on the road.