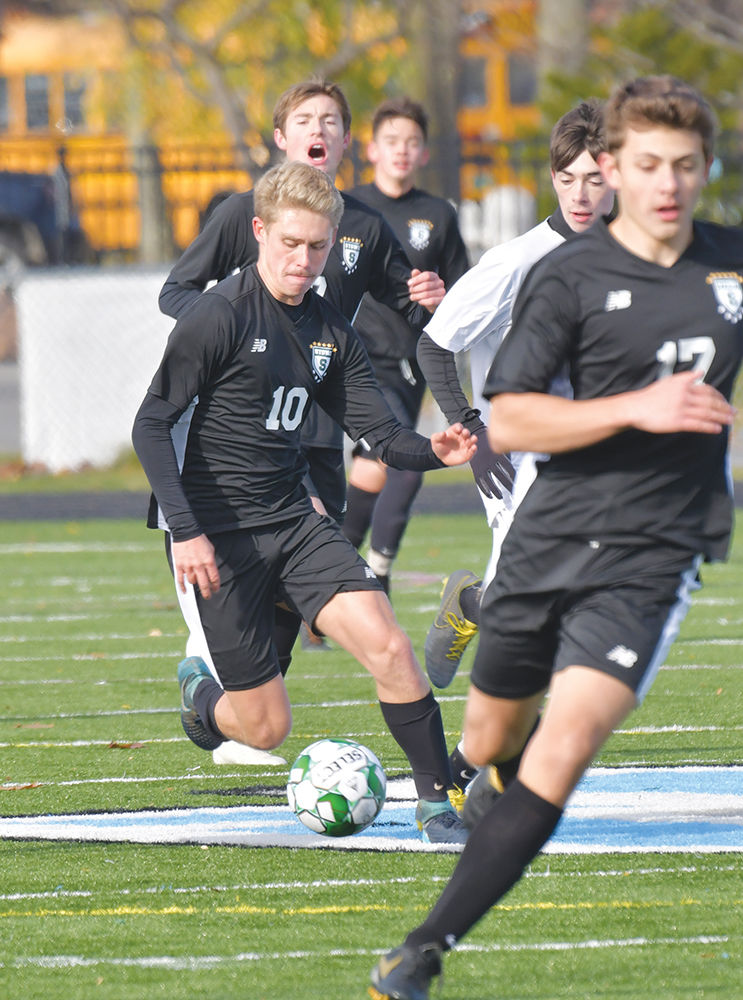 Senior captain Jack Seivwright is the Capital League Player of the Year. He and four of his teammates were all named to the all-state Division 2 team. 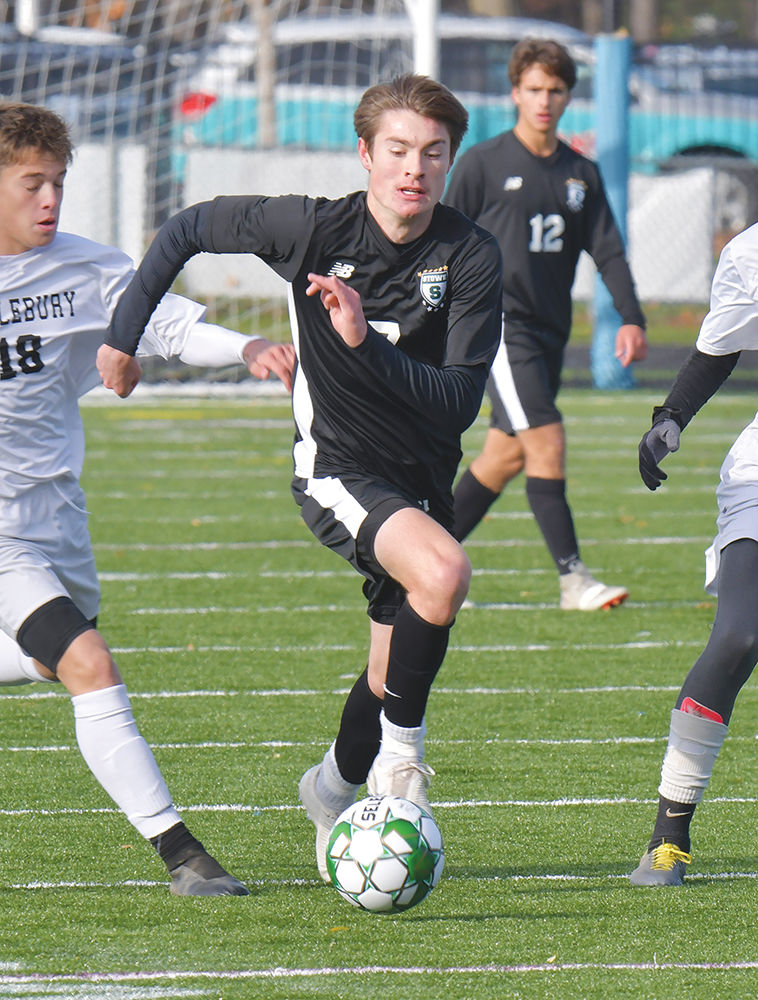 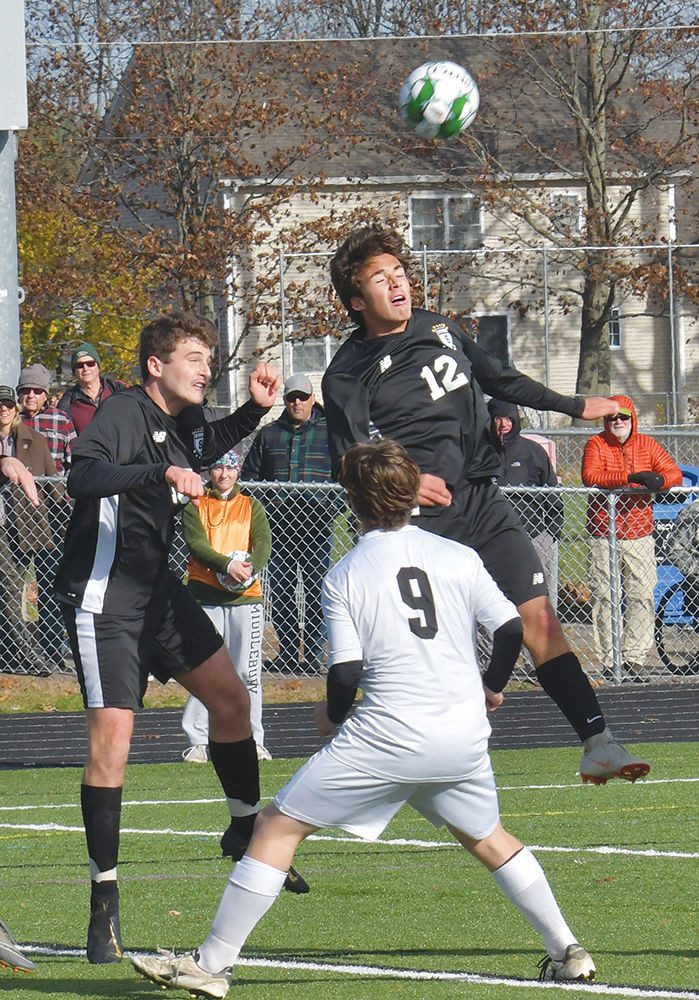 Fullback Alex Tilgner gets his head on the ball. 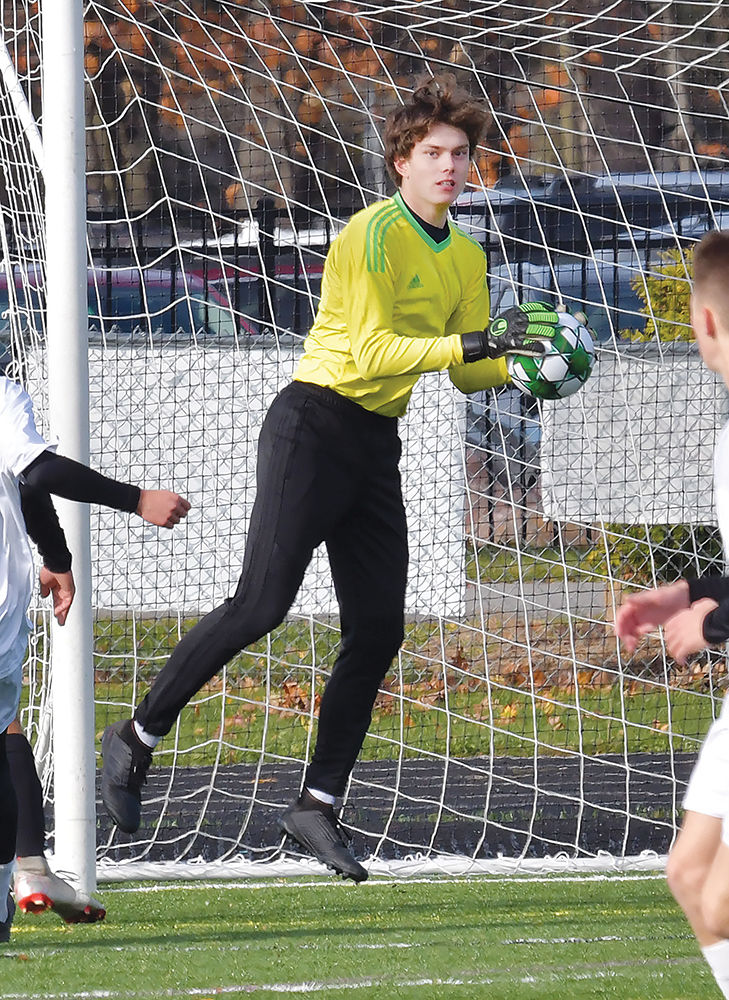 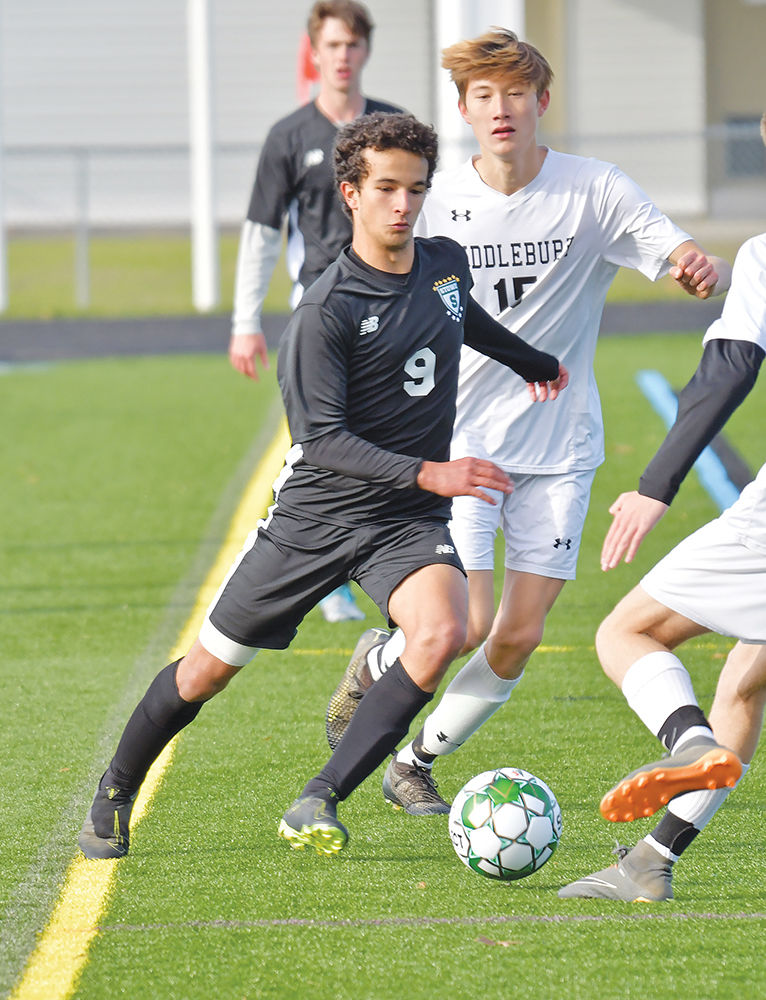 Rai Bleda-Vilalta, a senior striker, was named to the Division all-state team and to the Capital League First Team.

Senior captain Jack Seivwright is the Capital League Player of the Year. He and four of his teammates were all named to the all-state Division 2 team.

Fullback Alex Tilgner gets his head on the ball.

Rai Bleda-Vilalta, a senior striker, was named to the Division all-state team and to the Capital League First Team.

The Stowe High boys soccer team wrapped up its season Nov. 2, winning the Division 2 state championship — the program’s eighth straight title — with a 2-0 win over Middlebury and an undefeated record.

But, if Stowe was looking for one last challenge, it could be this: Play a friendly with all the league and state all-stars from other teams.

That’s because 12 Raiders — a full starting unit and one sub — have been named to the Capital League all-star squads. Those 12 all-stars account for nearly 20 percent of the 64 players named as the best in the Capital League, one of the most competitive soccer leagues in Vermont.

Five of those players — Bleda-Vilalta, Reichelt, Schaefer-Geiger, Seivwright and Tilgner — were also named to the Division 2 All-State Team, a collection of the top talent across the Green Mountain State’s second-largest soccer division.

Vermont’s all-league and all-state teams are selected by a vote of the coaches in those respective leagues and divisions.

Seivwright has been playing varsity for Stowe since he was a freshman and has been a key cog as a central midfielder the past two seasons. He had 11 goals and seven assists on the season while covering the opponent’s best player every game on defense.

“Jack might be the most complete defensive central midfielder I’ve ever coached,” said Stowe coach Brian Buczek. Seivwright’s lockdown defense and offensive contributions — he was the second-leading scorer on the team — are impressive, his coach added, but that’s not what stood out the most.

“His ability to pick his players up and lead them day in and day out was the difference in our consistent success,” Buczek said.

Stowe got production from almost all the players named to the league and state all-star squads. Bleda-Vilalta, a scoring threat for the past three seasons, led the squad with 13 goals and had six assists. Reichelt was Stowe’s other central midfielder this season, scoring seven goals and leading the team with 11 assists. Mitchell finished the season with seven goals and eight assists, Jono Nissenbaum had four goals and eight assists and the younger Nissenbaum, Ben, and Ethan Brown also both chipped in on offense as midfielders over the season with several goals and assists.

Gershman, McKenna, Pelletier and Tilgner were the starting fullbacks for Stowe this year. The quartet teamed up with Schaefer-Geiger — who moved to Stowe from Washington before the season and won the starting spot in the preseason — to lead a stifling defense. On the season, Stowe gave up just four goals all year, had shutouts in 15 games, outscored the opposition by 51 goals, and finished with a record of 17-0-1.