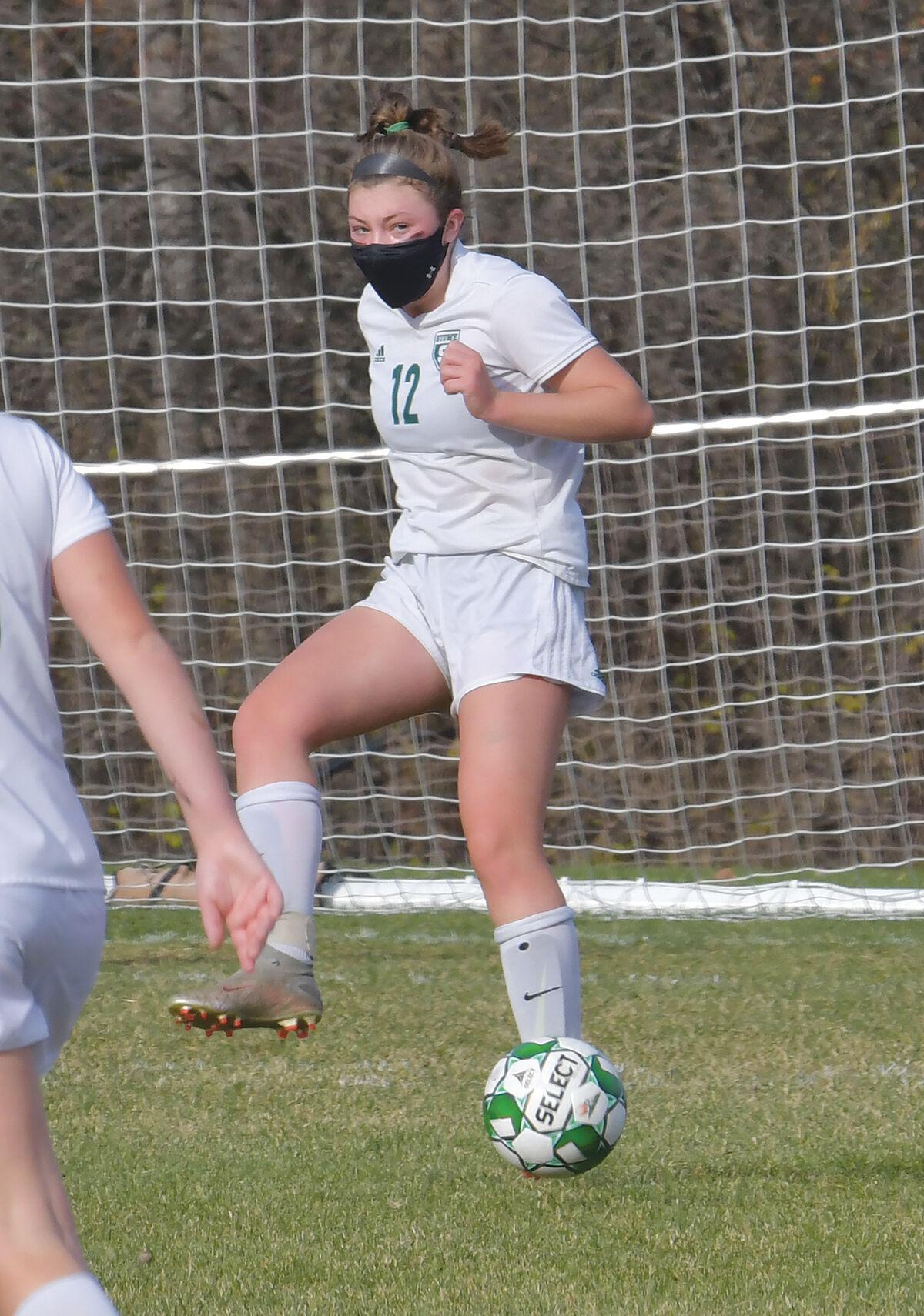 Stowe standouts Anika Wagner and Malinn Sigler, here, were two of the three Raiders named to the 2020 Capital League All-League teams. Sigler, a defender who is also a junior, made the Capital League Second Team. 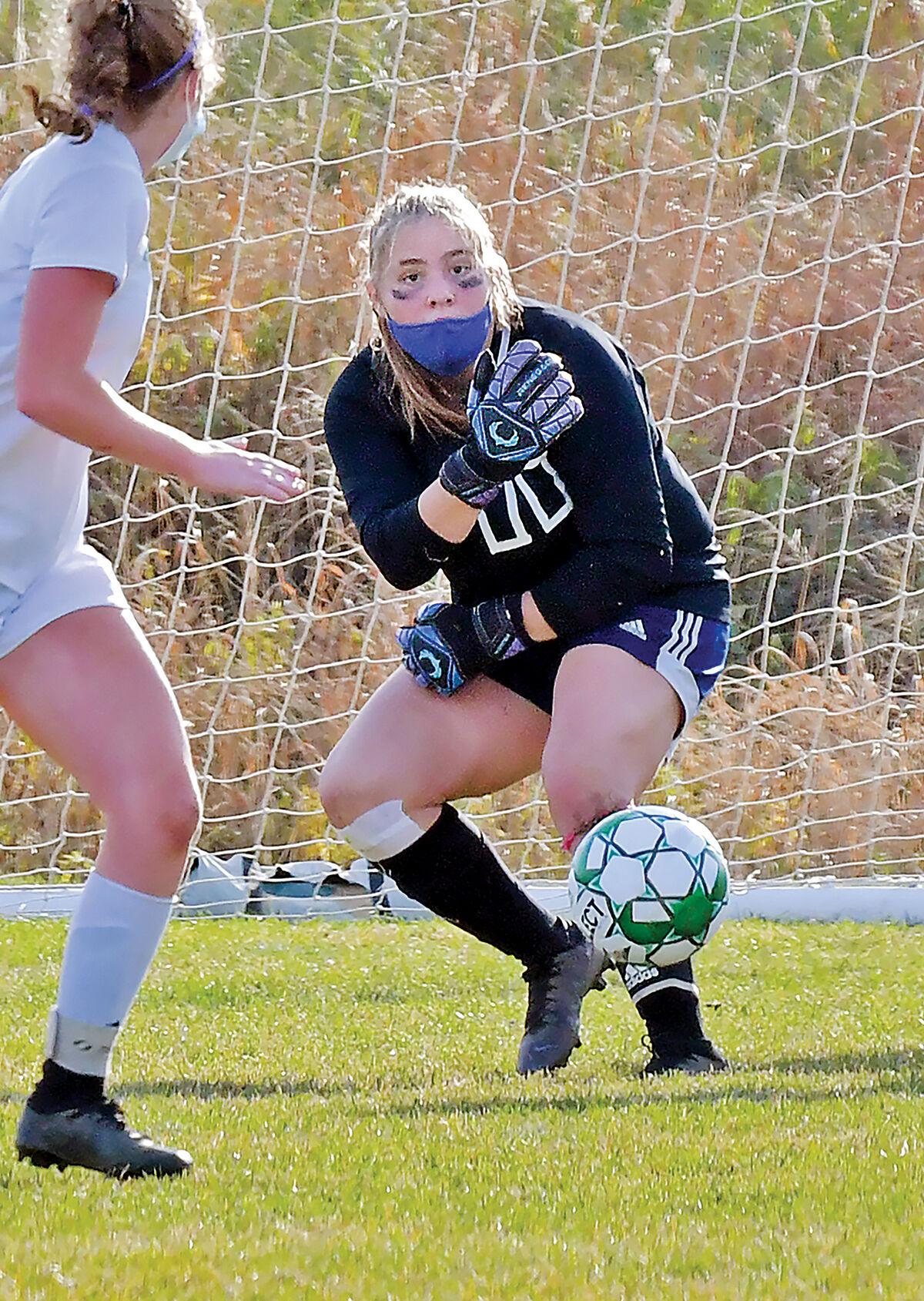 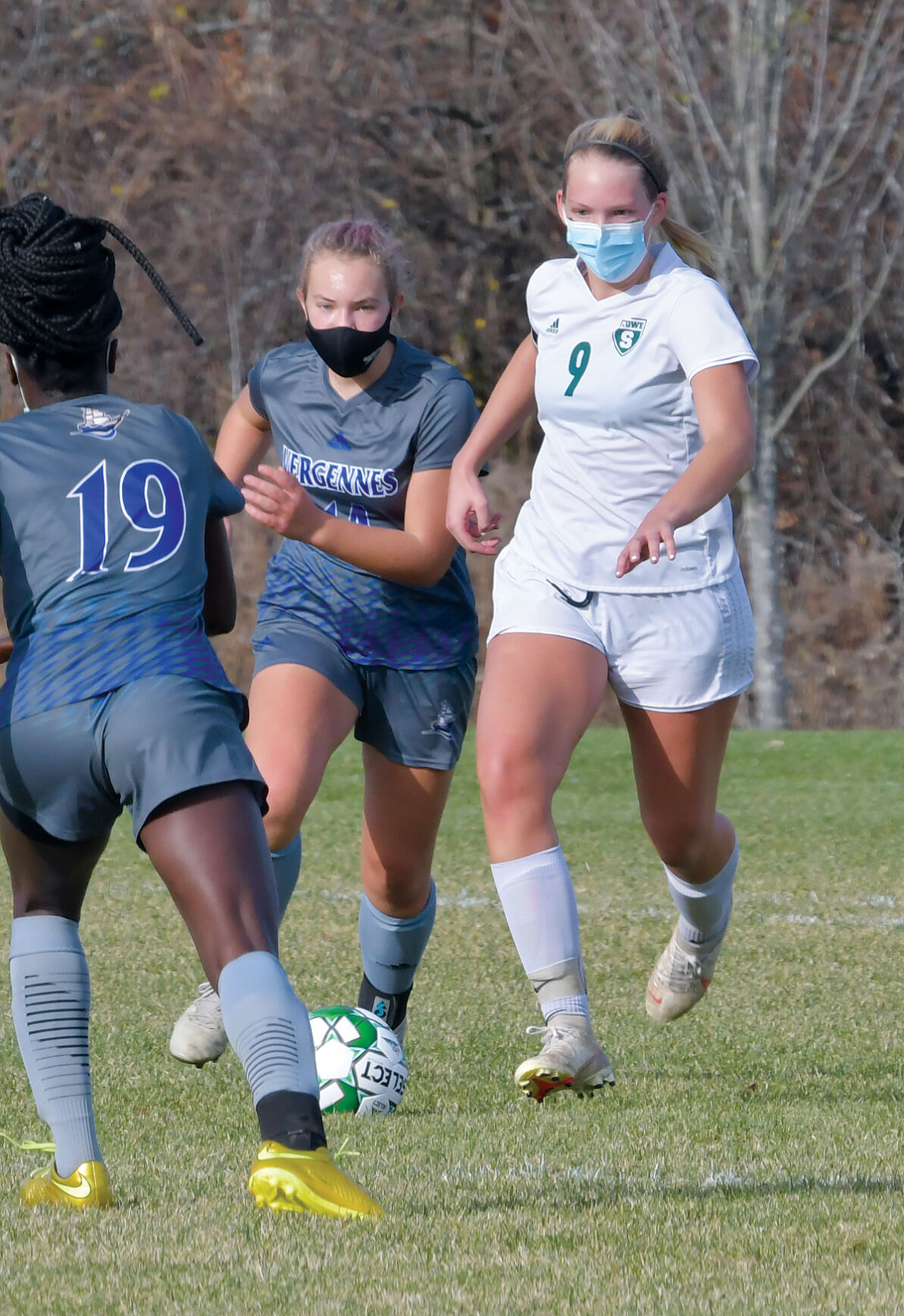 Lucy Genung moves the ball during Stowe’s title-game win over Vergennes earlier this month. Genung, a junior defender for the Raiders, was named to the Capital League Second Team after the season wrapped up.

Stowe standouts Anika Wagner and Malinn Sigler, here, were two of the three Raiders named to the 2020 Capital League All-League teams. Sigler, a defender who is also a junior, made the Capital League Second Team.

Lucy Genung moves the ball during Stowe’s title-game win over Vergennes earlier this month. Genung, a junior defender for the Raiders, was named to the Capital League Second Team after the season wrapped up.

Goalie Anika Wagner was named to the Capital League First Team and defenders Lucy Genung and Malinn Sigler were named to its second team.

After a gantlet of a COVID-shortened regular season the trio helped guide the Raiders to a 4-0 playoff run and the Division 3 state championship this season. During that run, Stowe outscored its opponents 8-1.

The Capital League all-star squads are selected by a vote of coaches in the league.

Wagner, a junior at Stowe in her second year as the team’s netminder, made the Capital League First Team as the leader of a strong Raiders’ defense. She posted four shutouts on the season, including three in Stowe’s Cinderella run to the D-3 title and gave up only 15 goals total on the year, despite Stowe playing high-powered, Division 2 heavyweights like Harwood, U-32 and Montpelier during its schedule.

Having Anika backstopping the Raider defense “enabled you to relax, knowing that was going to have to be a good shot to beat her,” Stowe coach Tyler Post said.

“It wasn’t going to be a fluke from 35 yards that took a funny hop that was going to get by her,” Post said. “She was just solid all year long.”

Post praised Wagner’s communication skills, as she was critical in helping get the Raiders organized and keeping the defense in good order. Wagner’s leadership also earned high marks, Post said, and led to her being elected as a captain this year.

“Her ability to lead, having that in a goalie is a huge, huge help. They see the whole field,” Post said. She also consistently came up with big saves, game after game, but he thought she particularly shined in the playoffs as Stowe scored one-goal wins in its first three games before winning the title game 4-0.

“She’s never afraid,” Post said. “She doesn’t have any fear for herself.”

Genung and Sigler, both juniors, teamed up to form the heart of the defense that kept pressure off Wagner all year. Both center backs, they were vital and played their best as Stowe went on its run to the title.

Genung was the other captain on the team, but she actually returned to play center back after Post thought she would start the year playing center midfield. He made the decision to move her back to defense to bring more experience to the spot, and she and Sigler excelled.

“Lucy enjoys playing defense, much more so than playing on the other end of the field,” Post said. Still, the junior made a point of moving up on offense during Stowe’s corner kicks all year, creating several scoring opportunities. And, like Wagner, her communication and leadership in the back helped keep the Raiders organized.

Sigler, who was teamed up with Genung for most of the year, also filled in at central midfielder for stretches this season.

“She played wherever we needed her,” Post said. “I think she even had a few minutes at forward.” But Sigler excelled on defense, often marking, or at least keeping an eye on, the best offensive player on the opposing team. That was often a tall order with Stowe playing some of the best scorers in the state during its Division-2 schedule, but Sigler held her own against all of them.

“She likes challenging herself,” Post said, and if she knows the other team features a topnotch goal scorer, “she wants to take that player on.”

“She’s a very physical player, not afraid to go shoulder-to-shoulder with someone,” Post added. “If the team is getting pushed around, she’s not afraid to push back.”