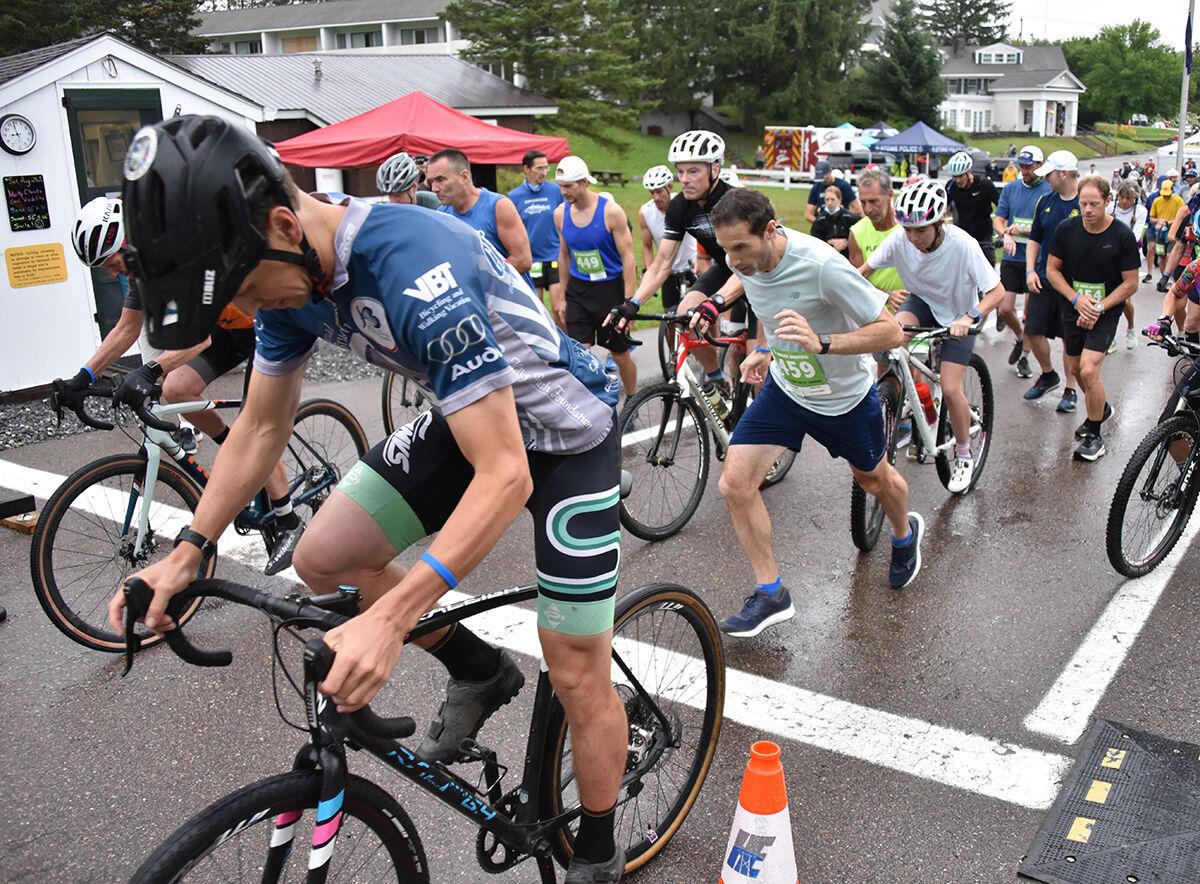 Bikers and runners get ready to head up Mt. Mansfield at the Race to the Top of Vermont on Sunday. 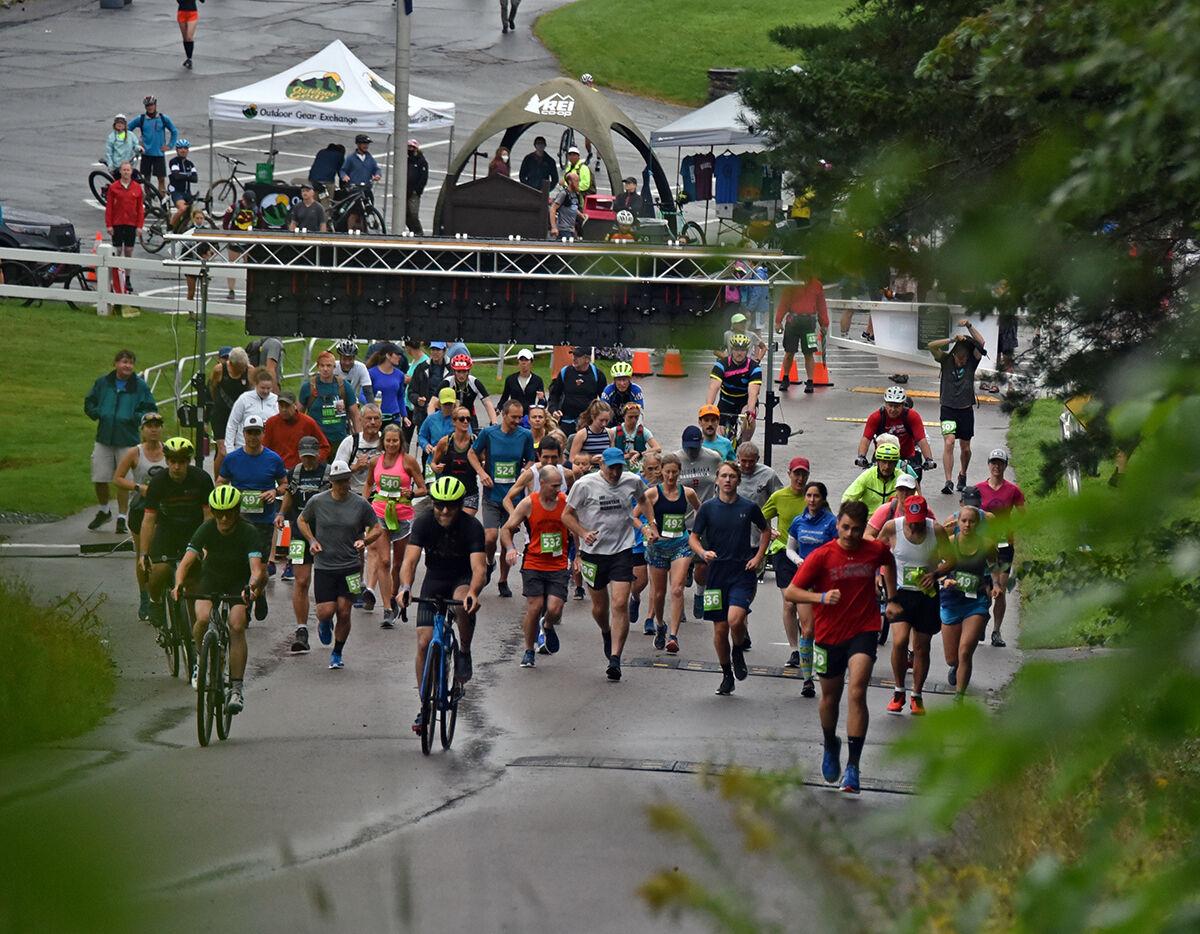 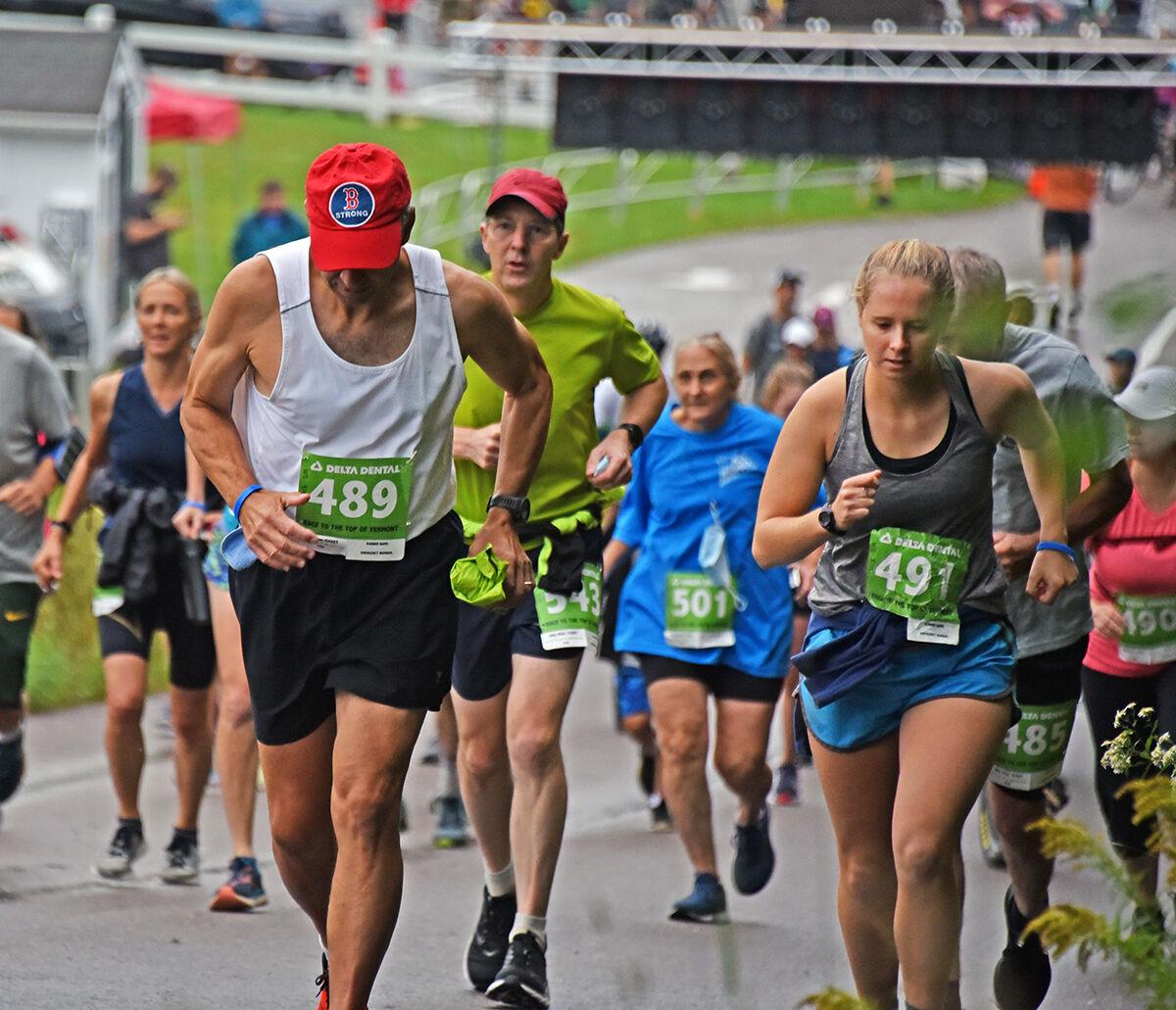 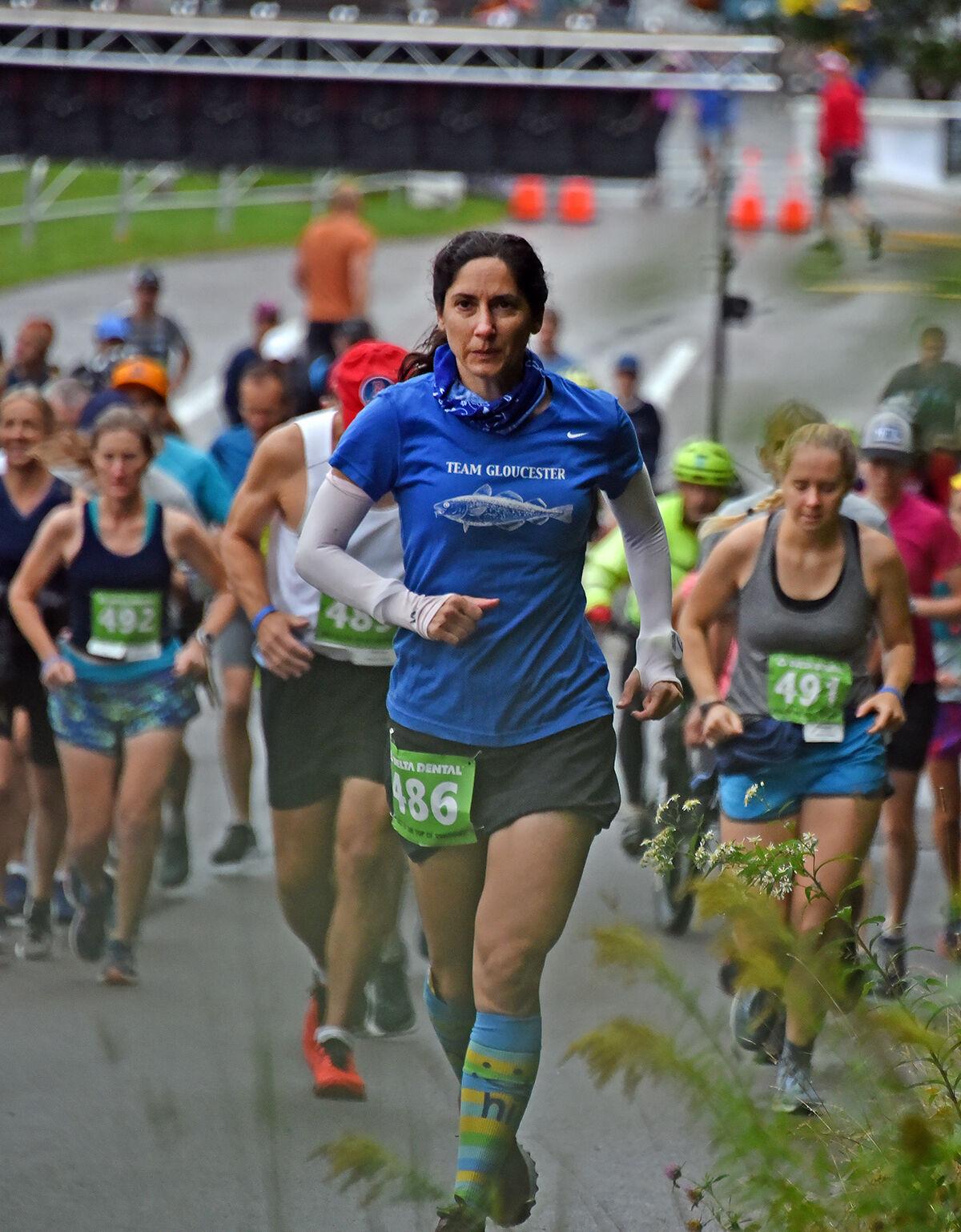 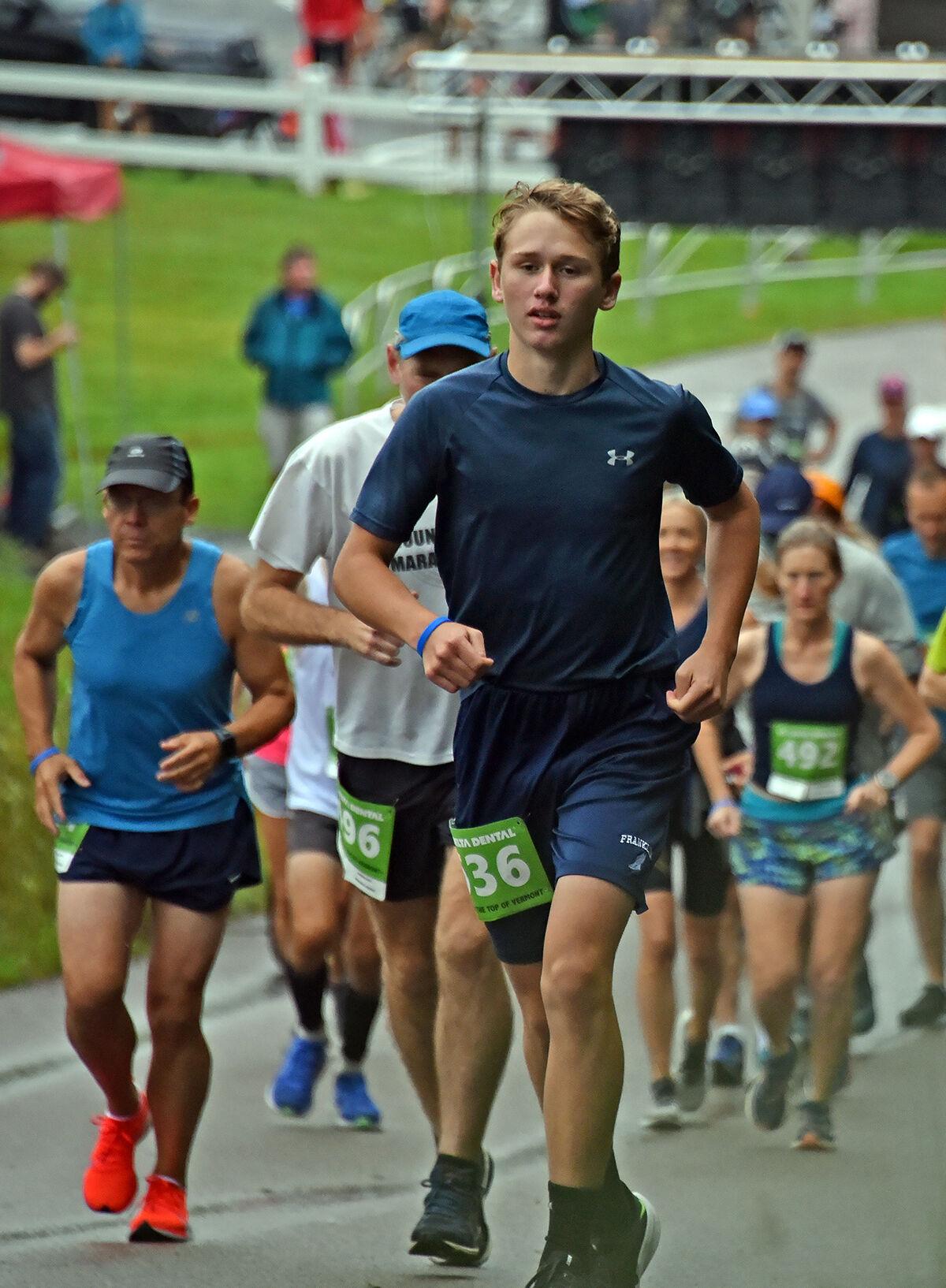 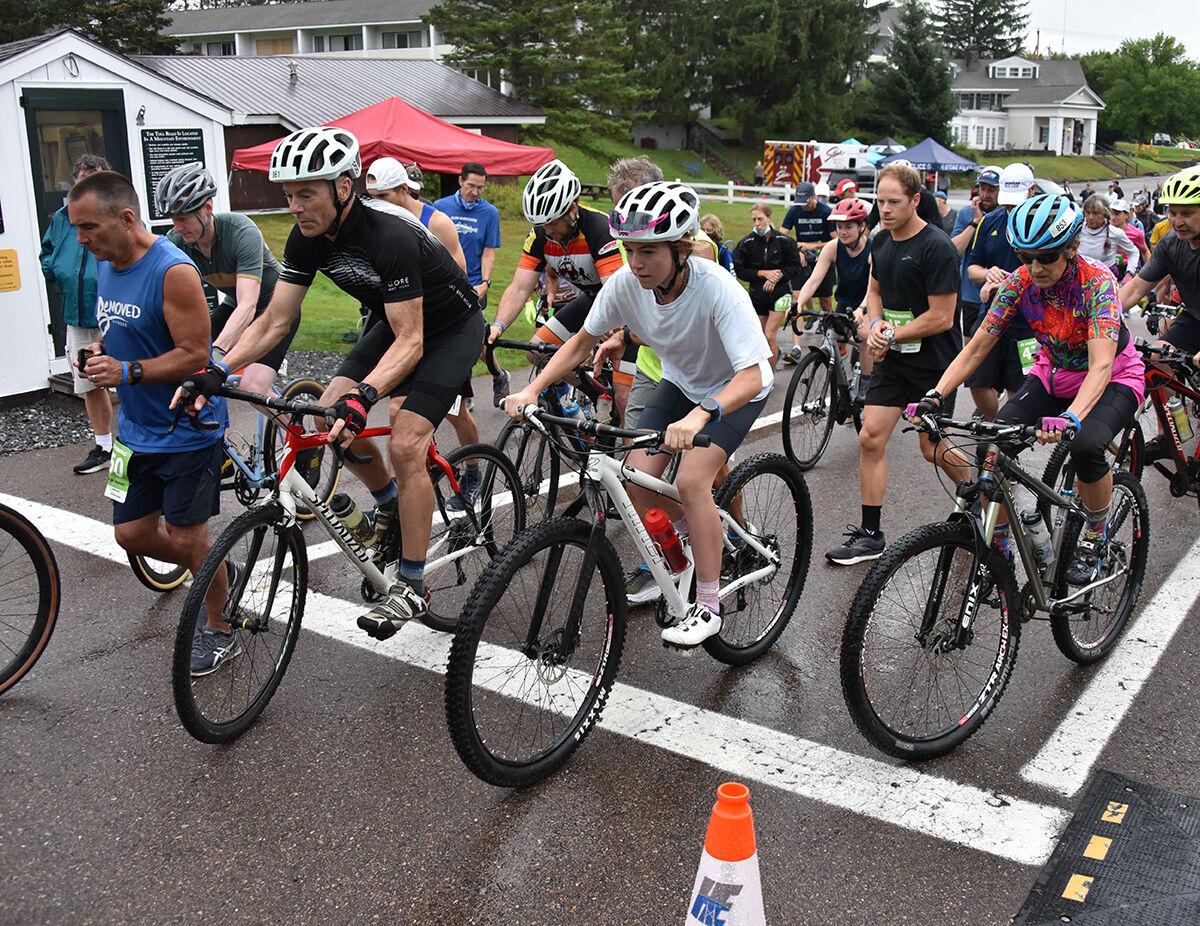 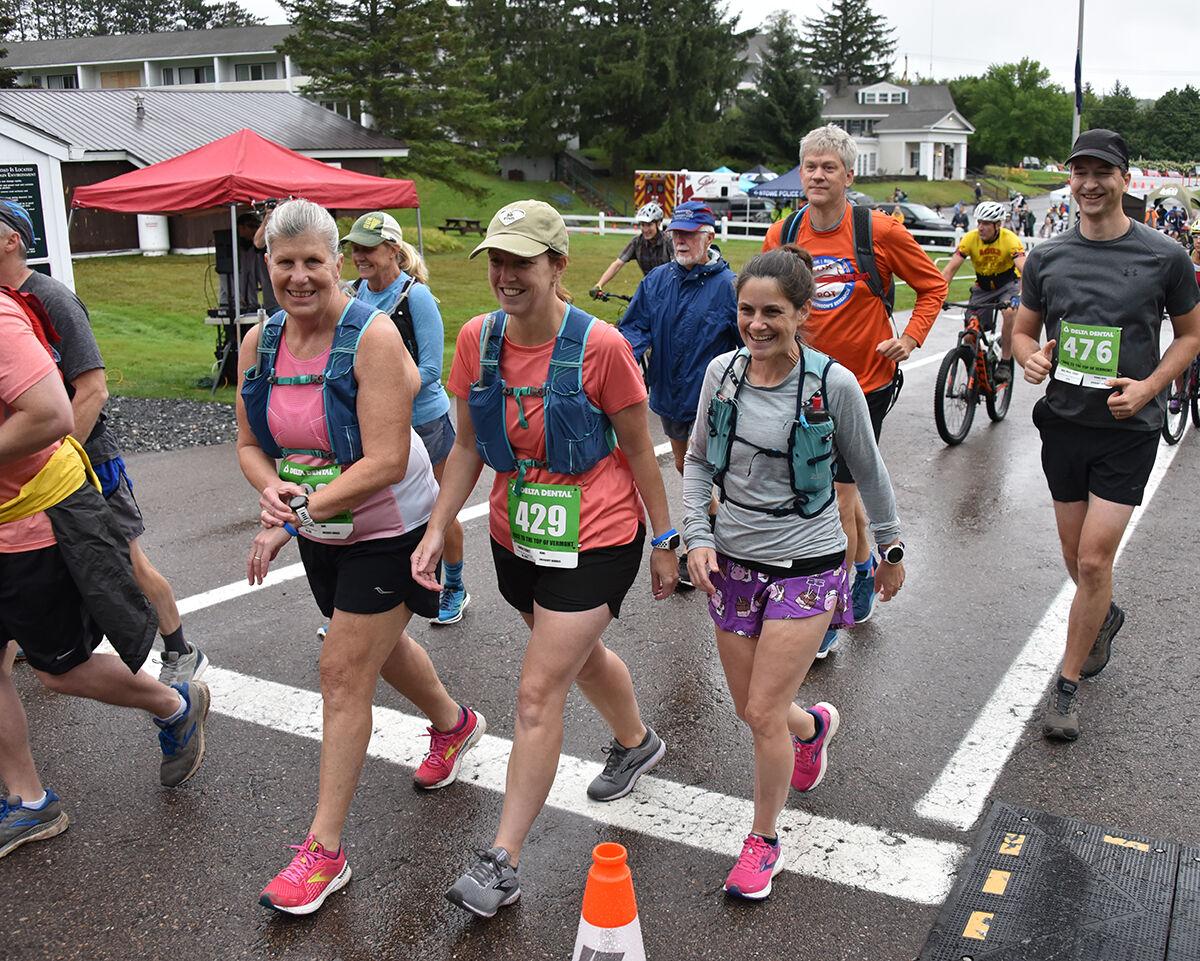 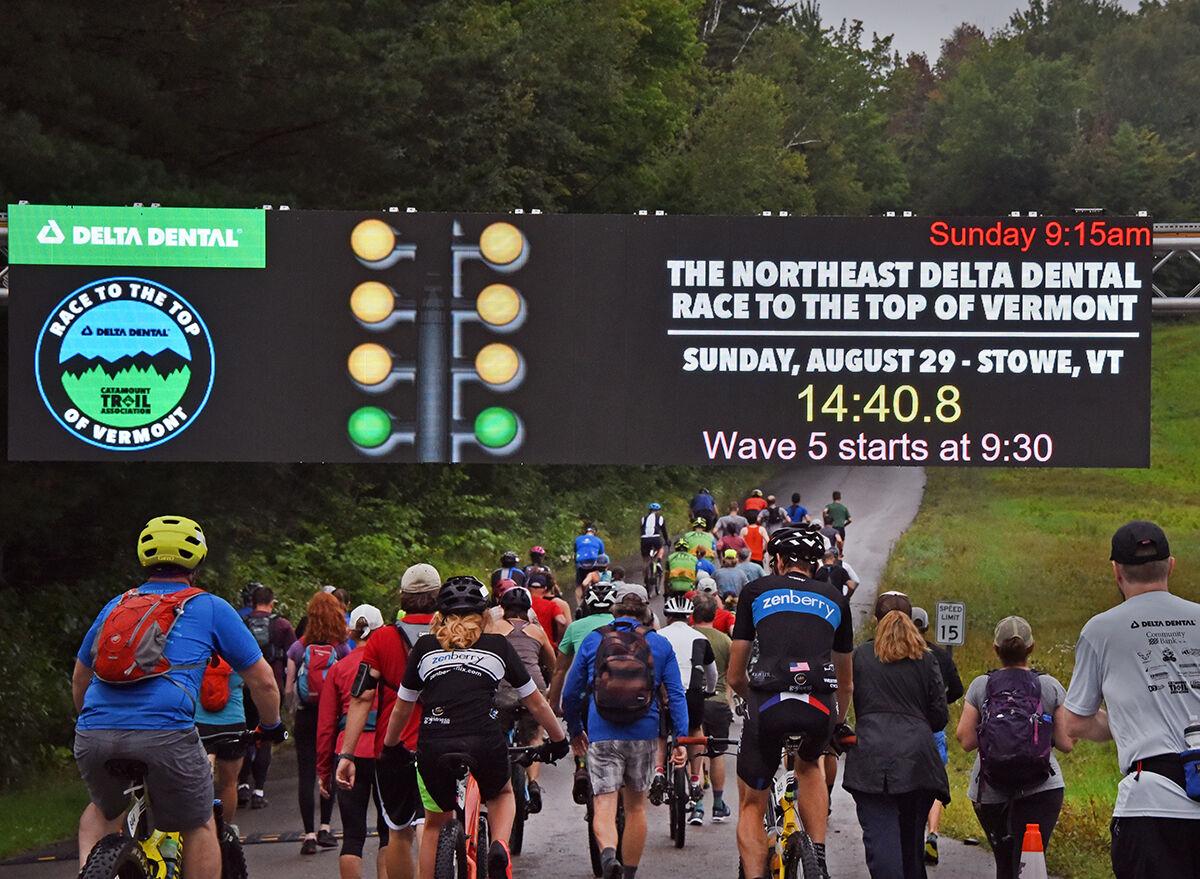 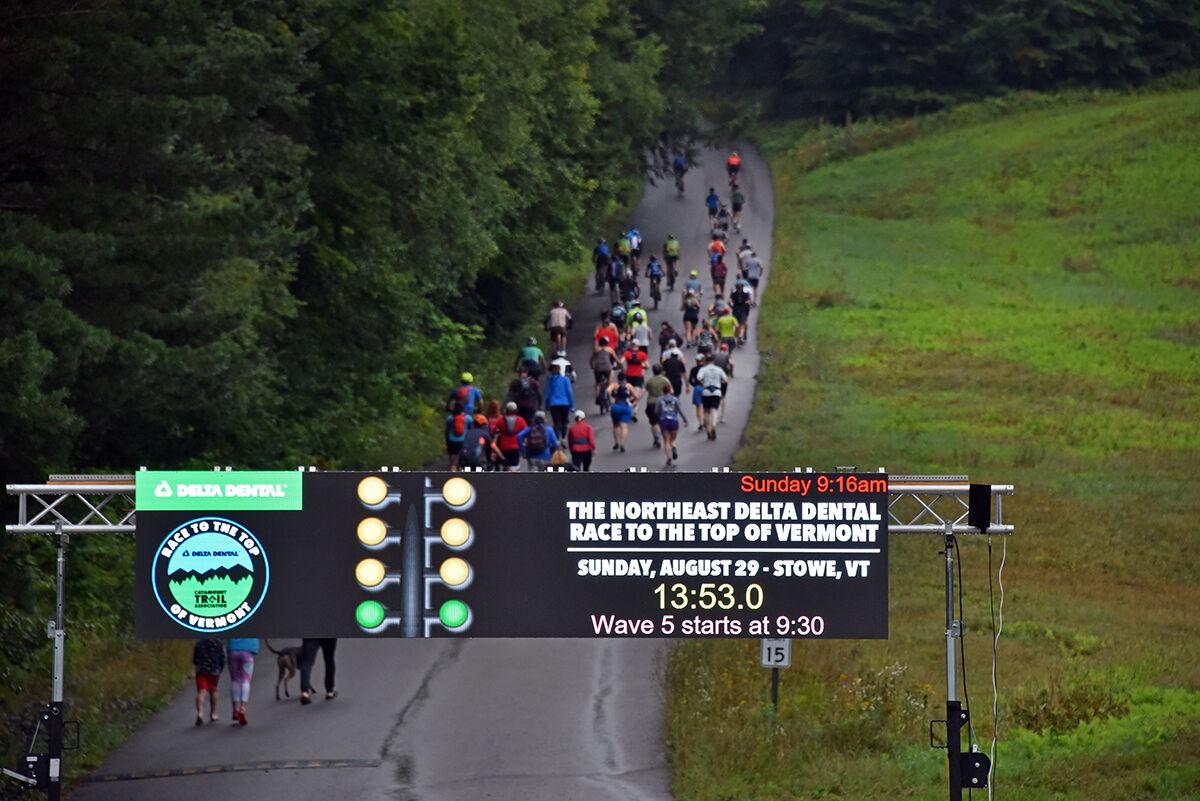 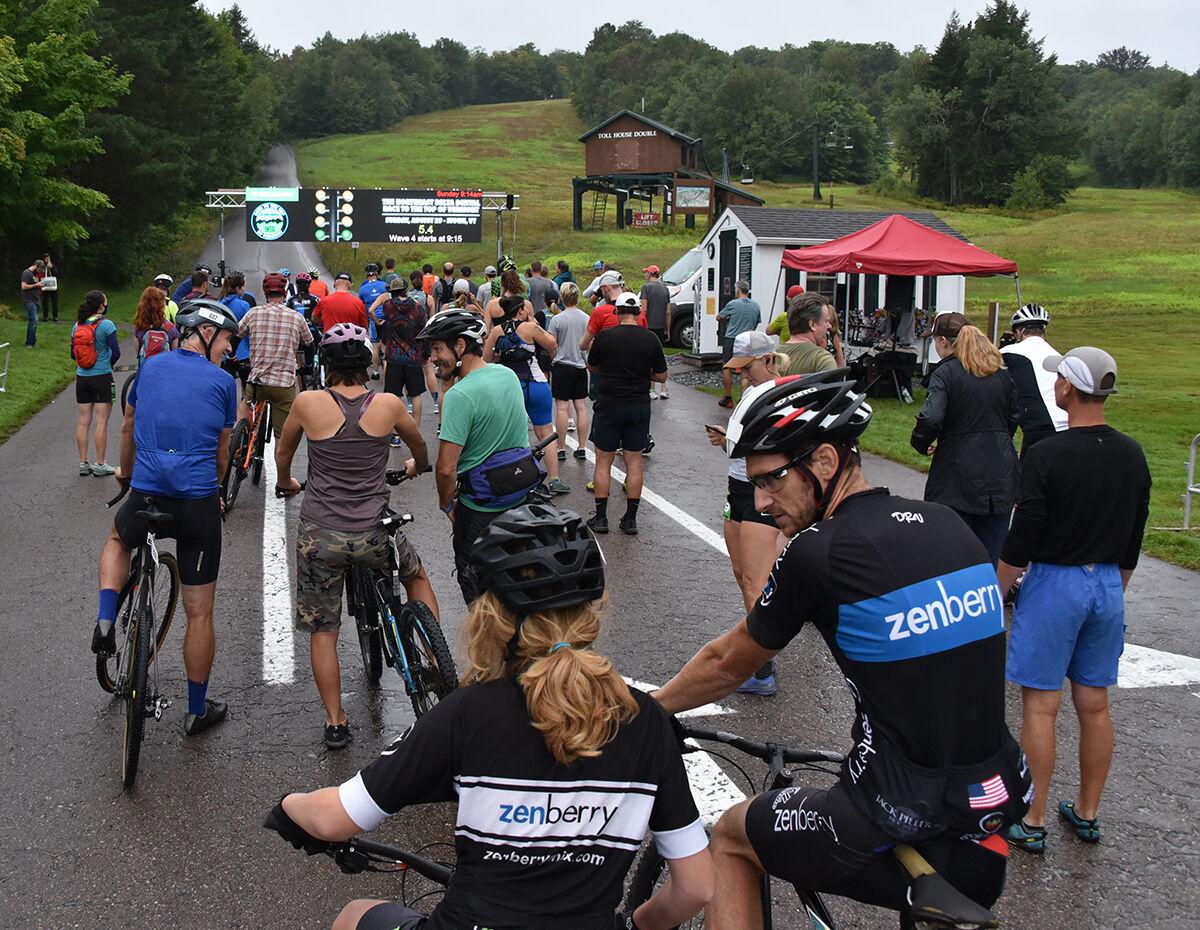 Bikers and runners get ready to head up Mt. Mansfield at the Race to the Top of Vermont on Sunday.

The Northeast Delta Dental Race to the Top of Vermont brought almost 300 athletes to Stowe to test their mettle on Mt. Mansfield. Runners, hikers and bikers climbed 2,500 feet up the Toll Road in just over four miles. An intermittent rain soaked the dirt course and clouds blanketed the summit.

In the men’s running race, Craftsbury’s Adam Martin separated from the field early on and ran away with the title, finishing in 34:12 — an 8-minute-per-mile pace — all at an uphill grade averaging 11 percent. Martin, a skier with the Green Racing Project, has a history with the Race to the Top, having won the event in 2019.

Martin said, “It’s a great race. It’s really a grind. I really like it because it’s got a big uphill with easy footing that doesn’t limit your speed at all so it’s just a test of fitness.”

In second, over two and a half minutes back from Martin, was Marc Lugo from Rochelle Park, N.J.

Raleigh Goessling, another Green Racing Project athlete, rounded out the podium in third.

The Craftsbury Green Racing Project at Craftsbury Outdoor Center “fills the gap that exists after collegiate athletics and before international competition for the outdoor endurance sports.”

Caitlin Patterson put in an impressive performance, taking the women’s victory and placing 10th overall. Patterson, a stalwart of the Green Racing Project and 2018 Olympian, has earned six top fives in the Race to the Top in the last 10 years.

Patterson shared her strategy for the race. “My main goal was to run efficiently and keep it under control but be willing to suffer, especially up toward the top when it gets hard and dig in a bit,” she said.

In the biking category, Jane Vigneau of Williston charged through the wet dirt and mud to win the women’s race in a time of 44:32. Sophia Gorman finished in second with Kelsey Dickinson, from the Green Racing Project, in third.

Philip Mason, a Norwich resident, won the men’s biking division in a time of 32:46. Mason also won this category in 2017 and 2018. The next closest competitor was Andrew McNealus, five and a half minutes back. John Basa rounded out the podium in third.

All proceeds from the race go to the Catamount Trail Association, a non-profit that works to expand access to Vermont’s backcountry.

Northeast Delta Dental Race to the Top of Vermont results

Bikers, runners and hikers headed up Mt. Mansfield at the Race to the Top of Vermont on Sunday.