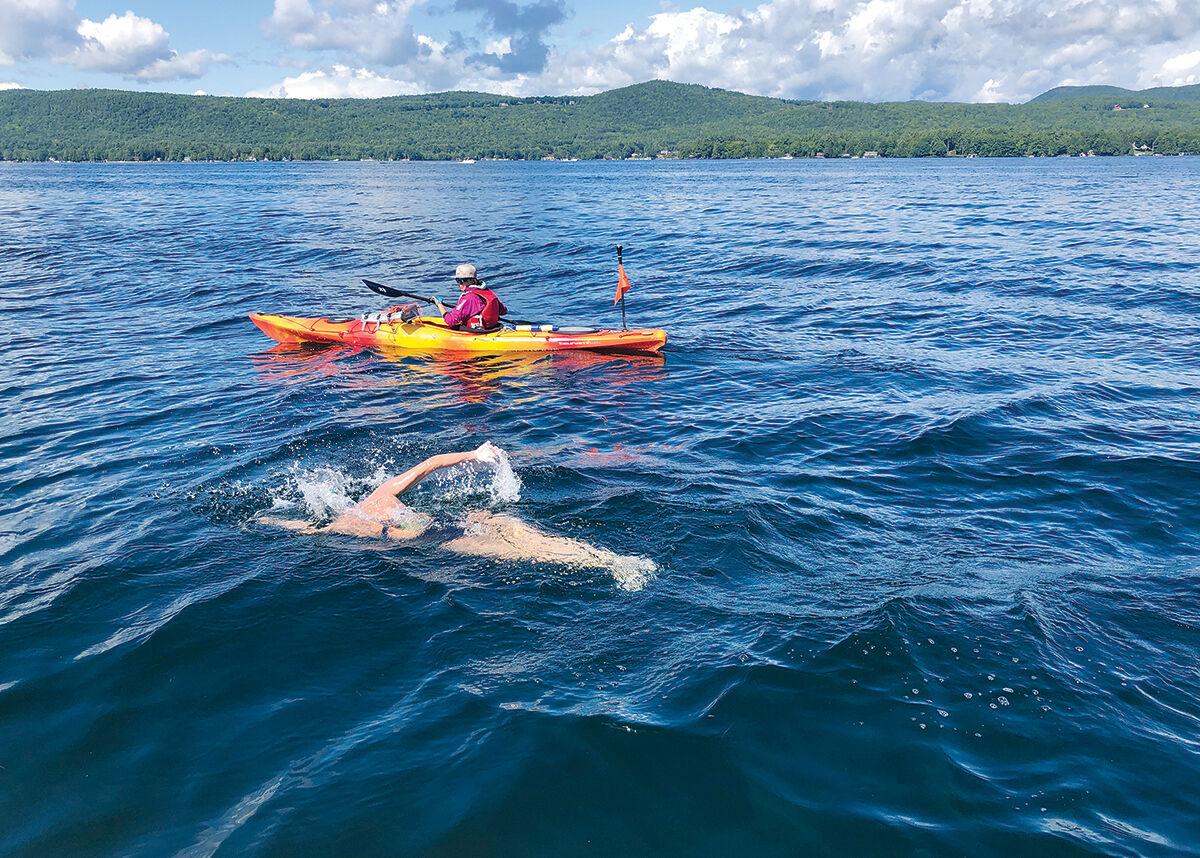 Charlotte Brynn of Stowe swims Lake George and sets three records — fastest time for a woman, fastest time of all, and the oldest to accomplish the feat. 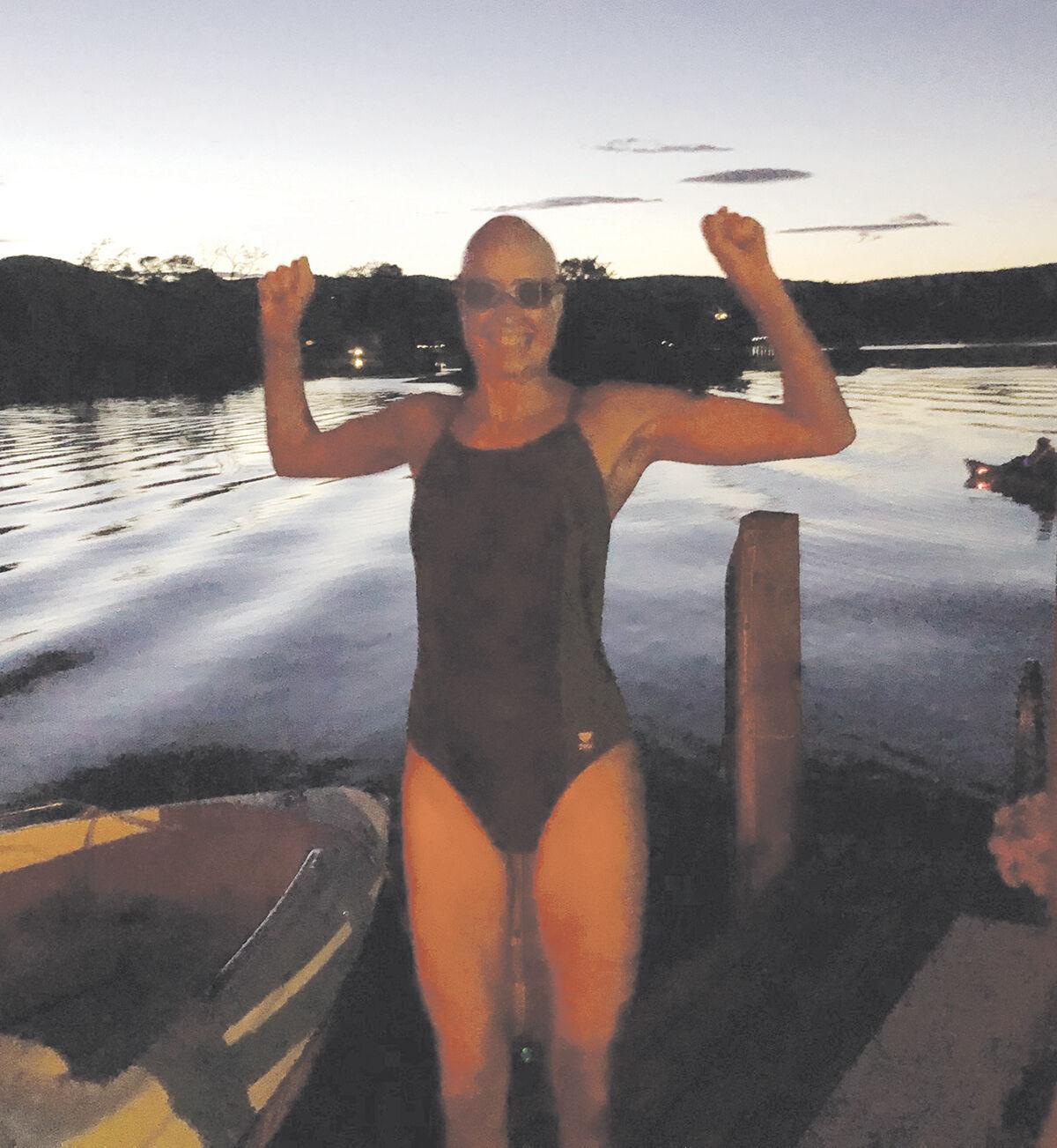 Celebrating the end of the swim.

For most of us just swimming 32 miles would be challenge enough.

But Charlotte Brynn of Stowe swam the 32-mile length of Lake George and broke three records in the process: fastest female, fastest of all, and oldest to accomplish the feat.

At 8:45 p.m. on Tuesday, Aug. 19, Brynn, executive director of The Swimming Hole in Stowe and a native of New Zealand, climbed into the lake at Diane’s Rock in Ticonderoga and finished at the Lake George Village Dock sea wall, at the southern end of the lake.

She also broke the record for anyone of either sex, which was held by David Dammerman. He swam Lake George in 18 hours, 49 minutes in 2016 and had broken John Freihofer’s record from 1981 of 21 hours, 26 minutes.

“At the end it was a really surreal feeling. It was not on my radar to break those three records, particularly not the fastest swimmer, male and female,” said Brynn.

In the early part of the 20th century, swimming was a popular spectator sport.

For her swim, Brynn got “a lot of satisfaction” and “the privilege of being out in nature, watching the stars and seeing the sunrise.”

Except for the stars, the night of her swim she started in almost total darkness.

“You couldn’t see your nose in front of you,” Brynn said. But, “The stars were absolutely blazing, and they provide a little silhouette of the mountains.”

There were also the lights on the support kayak’s bow and stern and another on the kayaker’s head.

“I tracked those lights for the nine hours of night. I couldn’t hear because I had earplugs. I could smell. I could smell the campfires,” she said.

Brynn said she had a bit of motion sickness from being jostled around.

“I just kept taking one stroke at a time and I kept focused on the thought that eventually I’m going to run out of lake,” she said.

And when she reached the sea wall at the southern end, she literally had run out of lake.

For her swim to officially count, she had to do it completely unassisted. She could not hold onto the kayak or the pontoon boat that accompanied her for a second to catch her breath. She could not even draft behind one of the boats.

Brynn had to stay in the water for the whole swim. There was no getting out of the water for a rest or even to go to the bathroom.

When she finally reached the end of her swim at 2:42 p.m. on Wednesday, a member of her support team had Brynn’s daughter on his iPad.

When she walked out of the water, she threw her arms above her head.

“Fortunately, I could still raise my arms,” Brynn said.

After swimming for almost 18 hours, she was the 14th person to swim the length of Lake George. She did it at an average speed of 1.8 miles per hour.

Although she had smashed Stuble’s record by swimming the distance in almost half the time and at twice the age, Brynn acknowledged her admiration for the previous women’s record holder. After all, Struble had swum in a woolen suit, periodically fueled by drinking brandy and eating steak sandwiches.