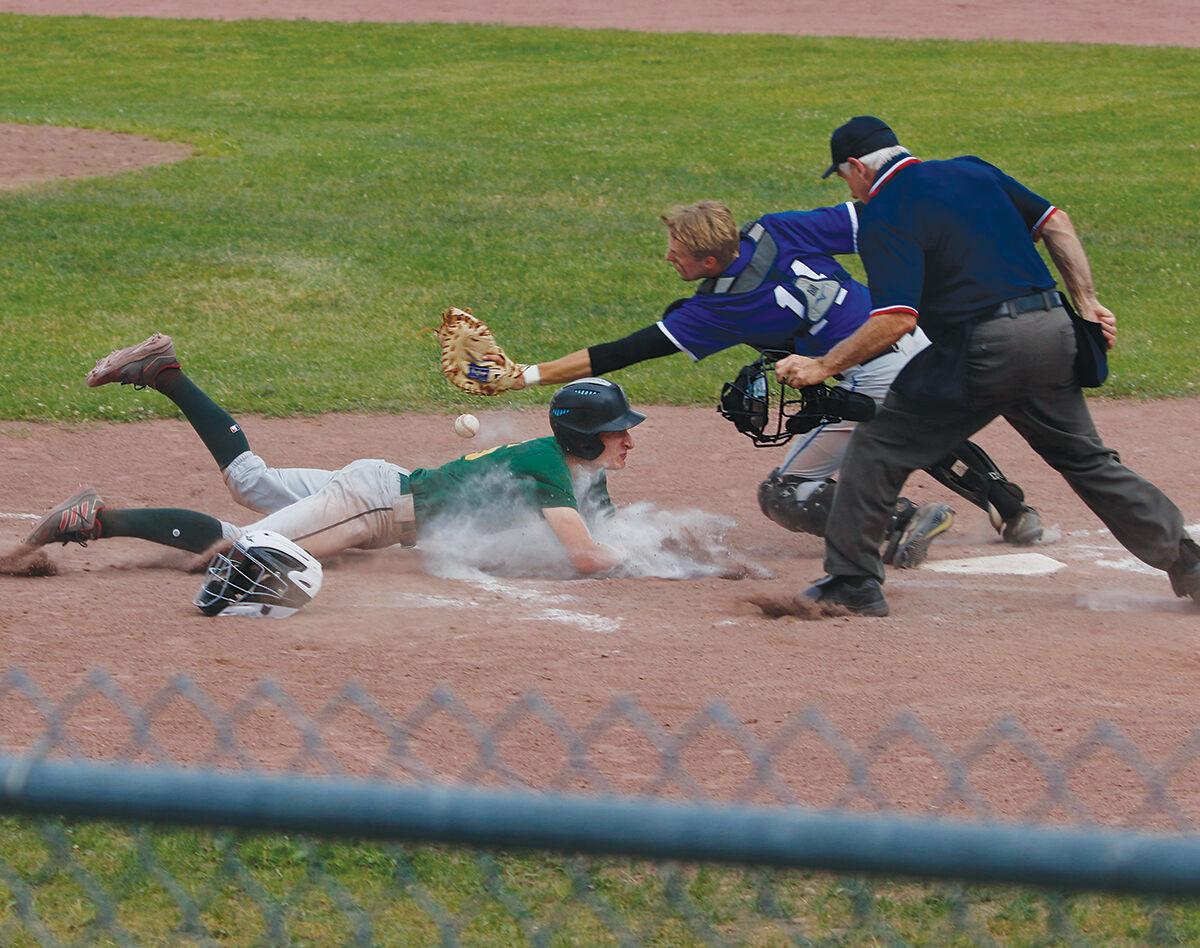 Stowe slugger Ben Alekson slides into home plate, breaking up a tag by the Vergennes catcher, in Tuesday’s semifinal game. The Wolves won 6-2 and head to Burlington’s Centennial Field Sunday night under the lights to play Thetford for the state championship. 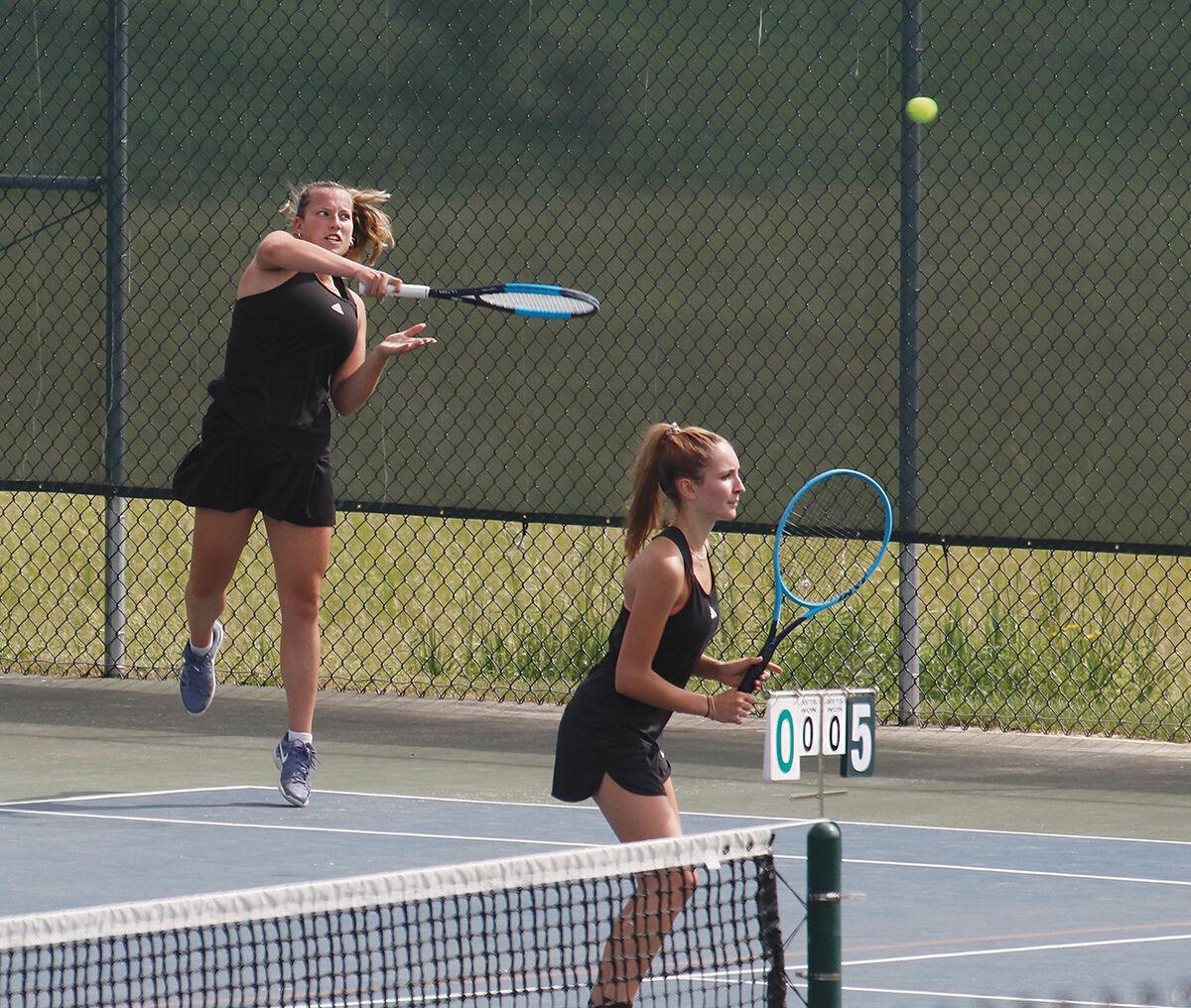 The dynamic duo of Abbie Rice and Annabel Stevens did their part Tuesday to help get the Raiders to the state championship game Friday. 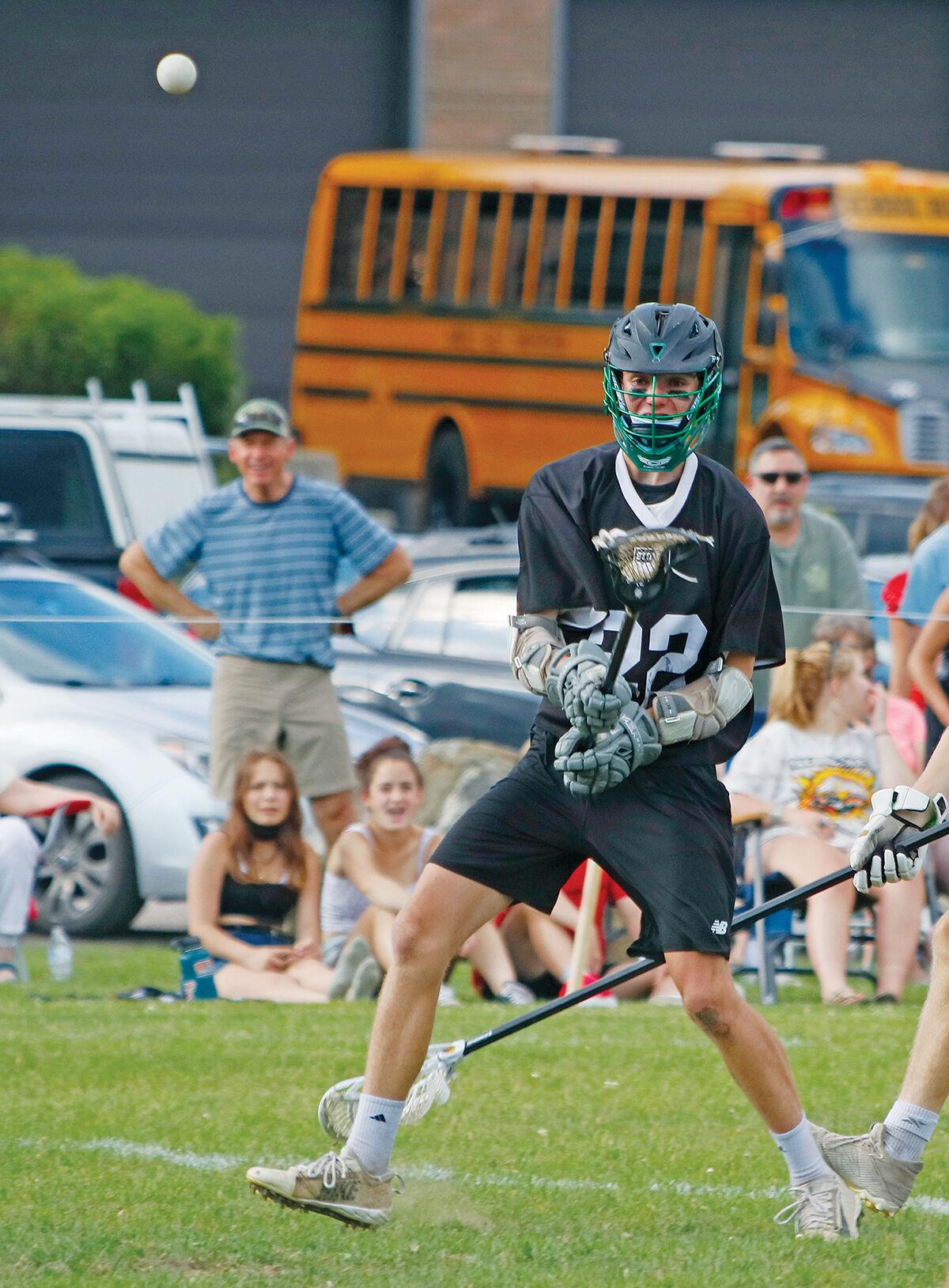 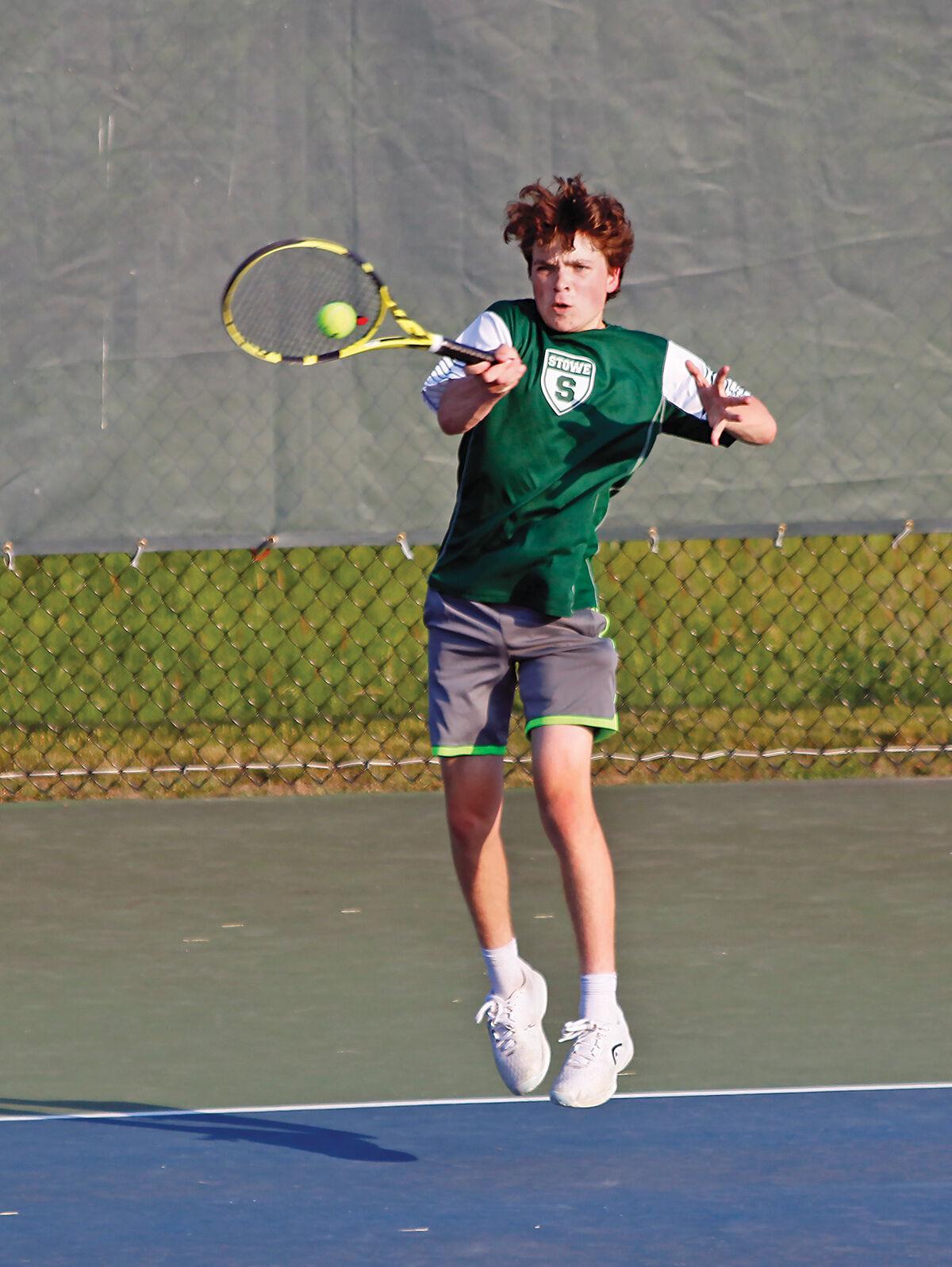 Stowe slugger Ben Alekson slides into home plate, breaking up a tag by the Vergennes catcher, in Tuesday’s semifinal game. The Wolves won 6-2 and head to Burlington’s Centennial Field Sunday night under the lights to play Thetford for the state championship.

The dynamic duo of Abbie Rice and Annabel Stevens did their part Tuesday to help get the Raiders to the state championship game Friday.

It’s that point in the high school postseason where the number of contests dwindles, but the stakes get higher and higher.

The Stowe High School’s still-undefeated girls’ tennis squad and the combined Peoples Academy/Stowe baseball are the last local teams standing. The only thing between them and a state title? One more team.

It’s going to be a top-two showdown for the Division 3 title this Sunday when the second-seeded Wolves play against No. 1 Thetford at Burlington’s Centennial Field, under the lights.

Peoples/Stowe (9-3-1), knocked off No. 6 Vergennes at the ballfield in Morrisville Tuesday night.

Pitcher Hayden Frazee went seven innings for the Wolves with 5 strikeouts, and added a double on offense. Ben Alekson led the offensive output for Peoples, going 2-3 at the plate with a double, triple and two runs. Also adding offense were Landon Dubie (2-3 with 1 run) and Dylan Sautter (1-3).

PA now faces top-ranked Thetford, which went 11-3 on the season. The two teams haven’t played each other yet this season, and now everything’s on the table. Game time at Centennial is 7 p.m. Sunday.

On May 29, Stowe’s Skyler Graves beat Burlington High School’s Ruby Wool to become the top individual player in the state. Ten days later, Graves beat Wool again as the Raiders bounced the Seahorses from the playoffs in the semifinals.

Both girls are seniors and have been playing each other since they were 7 years old.

Graves, and her undefeated, top-ranked team, fight to hold court at Stowe High School another day. They host the winner of Wednesday’s contest between second and third place Rutland and South Burlington. Matches start at 3 p.m.

Wool gave Graves a run for her money in the girls’ last matchup of their childhoods, taking the second set and falling in a 13-11 tiebreak third.

In the second singles spot, another Wool (Georgia) bested Stowe’s Natalie Doehla (6-2, 7-5) to claim its sole point of the day.

The defending champions lost a grueling contest to Champlain Valley Union Monday at home. CVU’s depth proved to be Stowe’s undoing, although the Raiders went down swinging to the very end.

But CVU got the best out of its third, fourth and fifth singles players and its second doubles team.

The middle part of Stowe’s singles quintet, particularly, was involved in a war of attrition. In the No. 3 spot, Champlain Valley Union’s Kobey Pecor dropped his first set to Stowe senior Nick Daliere, 2-6, but came back to win the next one and the tiebreak in marathon style (7-5, 10-6).

Meanwhile, Stowe’s Ben Nissenbaum dropped his first set in the No. 4 spot to Henry Bijur, 6-3, but came back in the second, winning 6-2, setting up a tie breaking third set that bounced Bijur’s way — he won 11-9.

It may have only been the quarterfinals, but Friday’s game at Harwood was only the second time since the 2019 state championship game the Highlanders and Raiders had faced off. And, like the two teams’ regular season match, Harwood came out on top.

Now, after beating Colchester 13-1 Tuesday, Harwood heads back to the state championships, its fourth straight appearance.