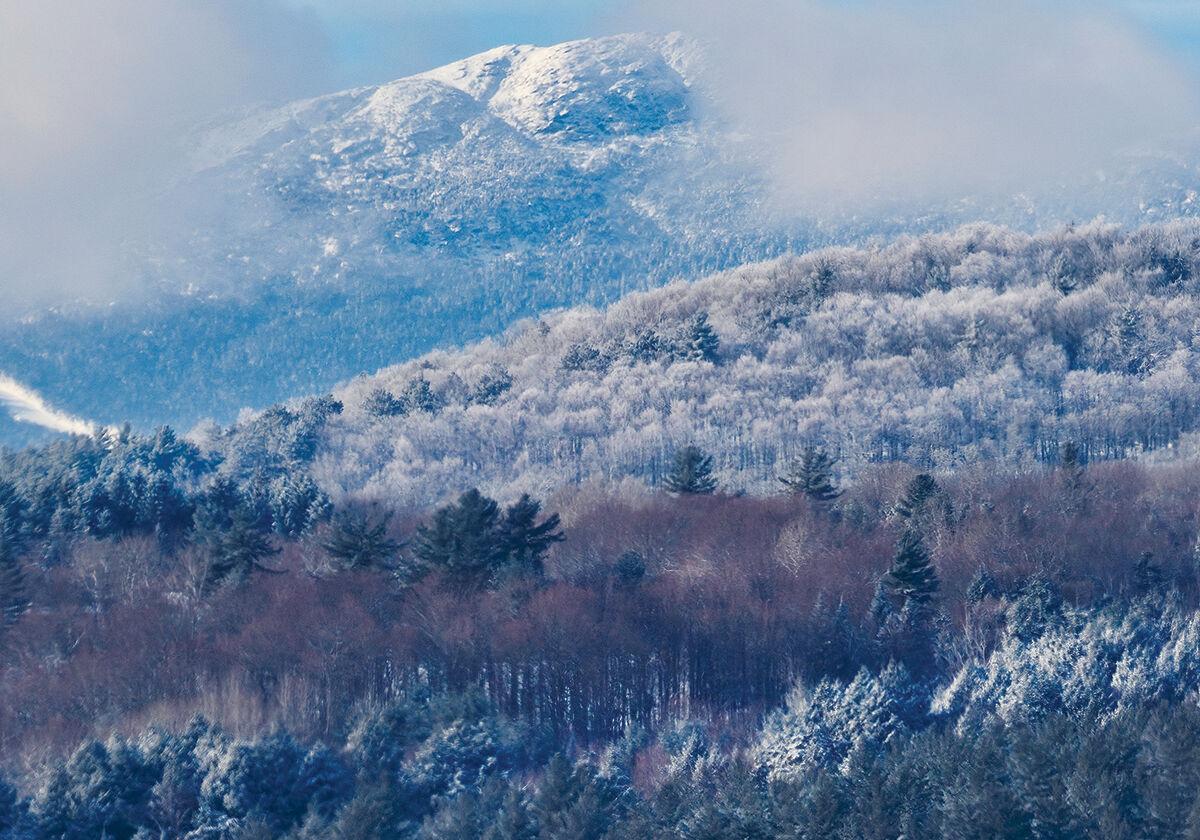 Mist shrouds Mount Mansfield where skiers and riders, especially those chomping to get into the woods, await the season’s first big dump of snow. 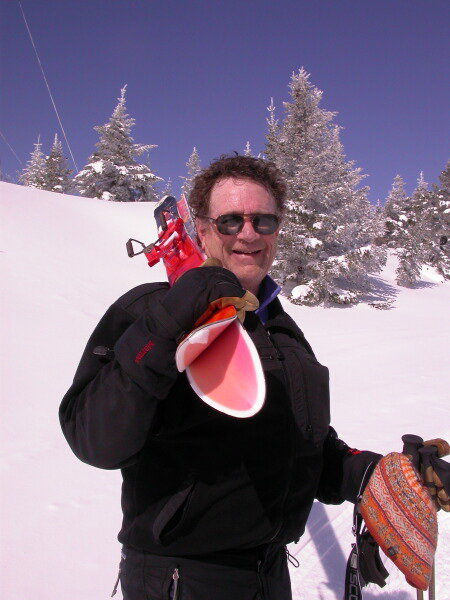 With the Martin Luther King weekend rapidly approaching, Stowe’s skier and rider community is reaching the third of the annual landmarks of the season. The Christmas-New Year holiday stretch is fading into oblivion and January is now halfway through its run.

Mother Nature has not yet delivered on the snow front, but she is not holding back on the cold weather. Subzero temperatures have arrived and while the first blast of Arctic air has been a short one, the weather prognosticators are promising that cold air is on the move and coming this way. If only they were saying the same thing about a winter storm.

This past week, however, proved to be a very good one for those who made it to the mountain. The snow guns have been blowing snow and more and more terrain is opening as a result. There has also been a slow but steady increase in natural snowfall. Just over a foot of new snow has fallen over the past week. While no single day has produced enough fresh snow to get the powder hounds excited, several days were marked by all-day flurries.

The state of the upper mountain snowpack continues to be well below the level of most winters. Right now, the depth at the famed WCAX snowstake alongside the upper Toll Road reads 27 inches which is about 15 inches below the average created from 67 years of history. Seasonal variations are certainly not unprecedented but when one considers that locals consider the woods to be a bit dicey without at least a 3-foot snowpack — preferably closer to 4 feet — only the youngest and most invincible have been venturing into the glades.

If one’s inclination is to remain out on the trails, there was some great cruising available over the last half dozen days. If you were going to be a weekend skier last Saturday, getting an early start seemed a wise strategy. Driving up the Mountain Road, The Scribe encountered a steady stream of cars along the way. He feared that a mad scramble might lie ahead at the Mansfield parking lots but, in fact, there were surprisingly few cars already in place. Booting up quickly and ascending to the top of the Quad Bowl to reach the corral, he was pleased to essentially be able to glide right onto the lift.

Everything was groomed to perfect corduroy and two quick runs ensued. The lift lines were growing longer but not as much as had been the case the previous weekend. Next on the day’s list was to go hit the Gondola for a couple of runs. Gondolier has been open for a few days but with so few skiers and riders on the hill at 8:30 a.m., that gave your scribe an opportunity to cruise down upper Gondolier past the entrance to Chin Clip with just about perfect snow and no traffic.

In fact, almost the entire run was devoid of other riders or skiers because whomever was on hand seemingly had opted for Perry Merrill. The Gondola adventure was limited to two trips because as is usually the case, once the line of people waiting for their ride to the top spilled out of the building, it seemed more judicious to head back toward the Forerunner Quad where the line, while growing longer still, was at a manageable length of perhaps 10 minutes at the most.

In the interim, perhaps a surprise snowstorm will materialize from up north, Down East or wherever surprise storms are born.

Saturday was less crowded than anticipated and Sunday the mountain was certainly going to be more sparsely populated due to the presence of the Mansfield mix — snow, rain, sleet, or all of the above? It was a strange day, weather wise. Coming up from Waterbury Center, the temperature was consistently below 30 degrees, a reading that one would expect to produce precipitation in the form of snow. That was not the case. It was sleet-like but pretty gentle. The road surface was not great, but no cars were spotted in the ditches.

The Scribe hooked up right away with skiing buddies John and Dan and they found the same short lift lines and good surfaces that had been present the day before. Three quick runs off the quad were quickly chalked up and then it seemed that making the move on the Over Easy Gondola to check out the recently opened Sensation Quad at Big Spruce made sense.

Effortless access came from Sunny Spruce and the trio dropped down the Side Street trail to reach Sensation. Unfortunately, they learned that the lift was on wind hold. There is only one way back to Little Spruce and that is to hike up and out — so be it.

Since conditions were good off the Sunny Spruce Quad, they lapped the chair a few times before heading back across the Mountain Road to the Mansfield side. With the wind rising and the weather not really improving, it was time to call it a day.

One last note in closing — the first scheduled ski bum race in nearly two years was slated for this past Tuesday but with wind chill readings nearly 30 degrees below zero, the Mount Mansfield Ski Club and Academy crew decided that postponement made more sense than freezing the bums.

Consequently, the race series debut is now set for Tuesday, Jan. 18. The Scribe is looking forward to reentering the race course with all those loyal racers from back in the pre-pandemic era. In the interim, perhaps a surprise snowstorm will materialize from up north, Down East or wherever surprise storms are born.

Kim Brown, a ski bum by winter and a hacker by summer, lives in Waterbury Center with his very understanding family.