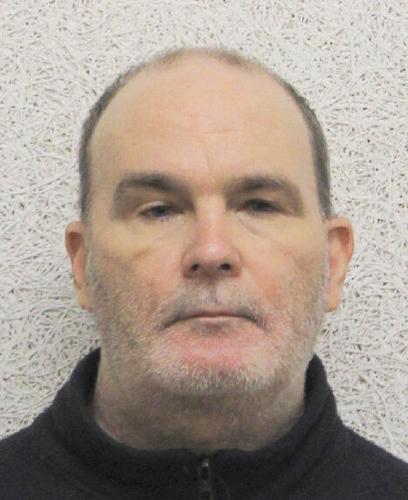 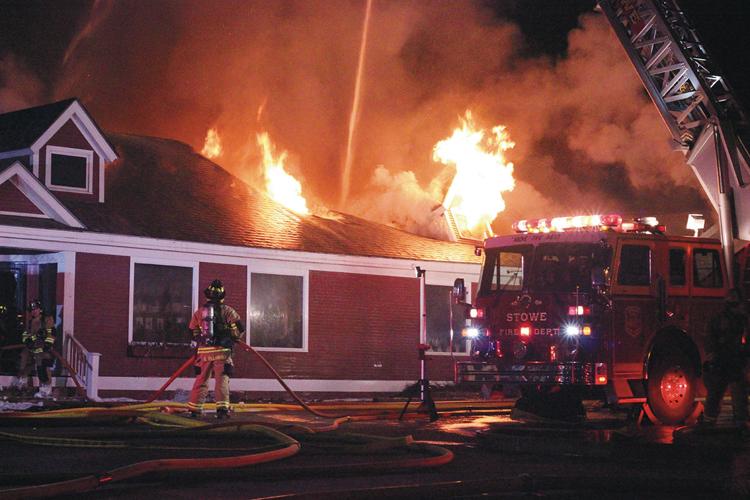 Two fires broke out in Stowe late Saturday night, March 30, 2019, one destroying a building on South Main Street that housed five businesses and storage for a nonprofit. The other did minor damage to a window at the Stowe Free Library and Helen Day Art Center building on Pond Street.

The man who police say told them he started eight Stowe fires in the past two years, causing $1.5 million in damage, pleaded not guilty last week to eight counts of arson and was released back into the community.

Jeffrey Nolan, 62, of Stowe, was arrested Tuesday, Jan. 12, five days after police say he was caught on surveillance camera setting fire to the Stowe Cable Systems building on Thomas Lane. It was the second time the building had been hit, and Nolan told police after questioning that he had previously set it afire in August, as well as half a dozen other fires dating back to March 2019.

Nolan was held in jail at the Northeast Correctional Complex in St. Johnsbury the night of his arrest and arraigned the next day, Jan. 13. He pleaded not guilty to seven counts of second-degree arson and one count of third-degree arson.

Police still have several unsolved Stowe fires dating back to 2016, and they and Lamoille County state’s attorney Todd Shove said more light might be shed on those fires as the case proceeds.

If convicted, Nolan faces 1-5 years in prison and a $1,000 fine per count on the seven charges of second degree arson, and 1-3 years and $500 for the third-degree arson charge.

Shove said the state asked for Nolan to remain in prison on $25,000 bail, but Judge Nancy Waples ordered him released on conditions. Shove wanted Nolan jailed lest he set more fires.

“From our perspective, he certainly poses a public safety threat,” Shove said. “I’ve had phone calls from the public concerned with why he’s out and I expect to receive more.”

Part of the reason Nolan was released is due to the coronavirus, which has changed the way the criminal justice system operates — fewer people are housed in jail in order to mitigate the spread of the virus. Also, because of the pandemic, Nolan’s arraignment was held by video conference, with Nolan’s lawyer representing Nolan via telephone.

Nolan was released with conditions that include a 24-hour curfew, with exceptions for medical appointments, visits with his lawyer and grocery shopping. He’s not allowed to have alcohol or weapons and cannot have any “incendiary devices or items that create fires or any incendiary accelerants.”

Shove said Stowe police will do a good job of keeping an eye on Nolan, who had long been on detectives’ short list of suspects. They won’t have to look very far; Nolan lives at 47 Cliff St., about 400 feet from the Stowe Police Department building.

Willie Noyes, a Stowe landlord and member of the selectboard, owns the property where Nolan lives. Noyes is a frequent critic of state laws that make it tougher for landlords to evict problem tenants — he’s been complaining about it long before COVID-19 further prohibited evictions.

“I already can’t evict anybody,” he said. “I don’t know what rights I have having an arsonist live in one of my buildings.”

According to police affidavits from Stowe detective Fred Whitcomb and Vermont State Police detective sergeant Todd Ambroz, after years on edge that a firebug was out there, Nolan’s arrest came swiftly after his latest alleged misdeed.

For one, a comparison of the video surveillance at Stowe Cable with video footage from other places, including the Stowe public safety building, helped Whitcomb confidently identify the blurry figure in the video as Nolan. Whitcomb said in his affidavit that Nolan has been known to walk in the general area “at all times of night,” and has been seen “lurking” around the public safety building.

“His behavior has been odd and erratic, and he has called in multiple law enforcement complaints over the past several years, usually late at night,” Whitcomb wrote. “When he called, he would sometimes use a code name, not wanting to identify himself, but I recognized the voice to be Nolan.”

The second clue was a set of boot prints in the snow that had a distinctive pattern and matched a pair of boots Nolan told police he later dumped in a garbage can near the police station.

Detectives Whitcomb and Ambroz conducted an initial interview with Nolan at his apartment the day after the Stowe Cable fire. Ambroz states in his affidavit that, when he told Nolan there was surveillance video and evidence at the Stowe Cable fire scene, “the pulse in his neck became rapid and quite visible. He appeared to be unable to speak because his mouth was suddenly dry, and his hands began to visibly shake.”

According to both detectives’ affidavits, 10 minutes after they left Nolan’s apartment, they received an email from state police saying that a Jeff Nolan had called in an arson tip, alleging the fire was started by a person who lived in Stowe.

“This was very alarming to me, as it appeared the man who claimed not to be connected or in touch with the community suddenly knew who the arsonist was,” Ambroz wrote.

According to court records, Nolan told the detectives he did not know why he starts fires, and added he suffers from a traumatic brain injury, which is worse when he drinks alcohol.

In 2017, a man named Jeff Nolan, of Stowe, filed a complaint with the Vermont Human Rights Commission, claiming discrimination by a Burlington deli he said refused to let his therapy dog, Snoopy, in the business.

Included in alleged arsonist Nolan’s court file is a letter hand-written by Nolan turning over custody of his 9-and-a-half-year-old Hungarian Vizsla Boston Terrier mix named Snoopy, in case “anything unexpected” happened to him.

Five days after the Stowe Cable fire, police secured a search warrant for Nolan’s apartment and again confronted him about the fires, where he admitted setting eight fires since March 2019. Most, but not all, of the fires were put out before they could do much property damage.

• Aug. 30, 2020: the first Stowe Cable fire, which heavily damaged the building. Repairs were nearly finished on the building when it was set on fire again.

• Aug. 29, 2020: a Dumpster filled with trash on River Road was lit on fire, just a few hours before the first Stowe Cable fire. That fire did not cause any damage to surrounding buildings.

• Sometime earlier in August 2020: a fire at 571 South Main St. didn’t catch because of the building’s aluminum siding and wasn’t noticed until later.

• June 1, 2020: a large garage was significantly damaged at a home at 120 South Main St., which began in a set of Dumpsters filled with trash and recycling.

• March 30, 2019: the Stowe Free Library was set on fire, which was discovered after a smoke alarm went off at 11:14 p.m. This occurred just a few months after a sprinkler system malfunction flooded the building and caused hundreds of thousands of dollars in damage.

• March 30, 2019: within about 30 minutes of the library fire, the Stoware Common building on South Main Street was torched, destroying the building. It has since been demolished and rebuilt.

Tim Meehan, a Stowe general contractor, said this week that Stoware Common was his first big development project in Stowe. He started a hot tub business in the building in 1978, joining several other businesses over the decades.

He said it was a gut punch to see the building, originally built in 1933, get destroyed. He lives nearby, but somehow slept through the whole March 30 fire.

“When it burned, I was like, ‘that was close to home,’ ” Meehan said. “I was completely horrified.”

Meehan shudders to think Nolan was watching that fire from Cliff Street, just a few hundred feet down the road.

“I think the man should be in jail and he shouldn’t be walking around,” he said.

Vermont’s chief federal judge has rejected a motion to suppress incriminating comments made by the prime suspect for at least eight suspicious fires in Stowe.

How could this judge possibly allow this confessed arsonists back into the community? Because of COVID? It is ok if he kills someone in one of his arson sprees but not ok that he might contract Covid in jail? Really? Well I guess he promised not to have incendiary devices or drink or do drugs so we should all sleep easy tonight knowing that a confessed arsonist, who stated he doesn’t know why he does it, promised not to do it again. Judicial and legal review required.