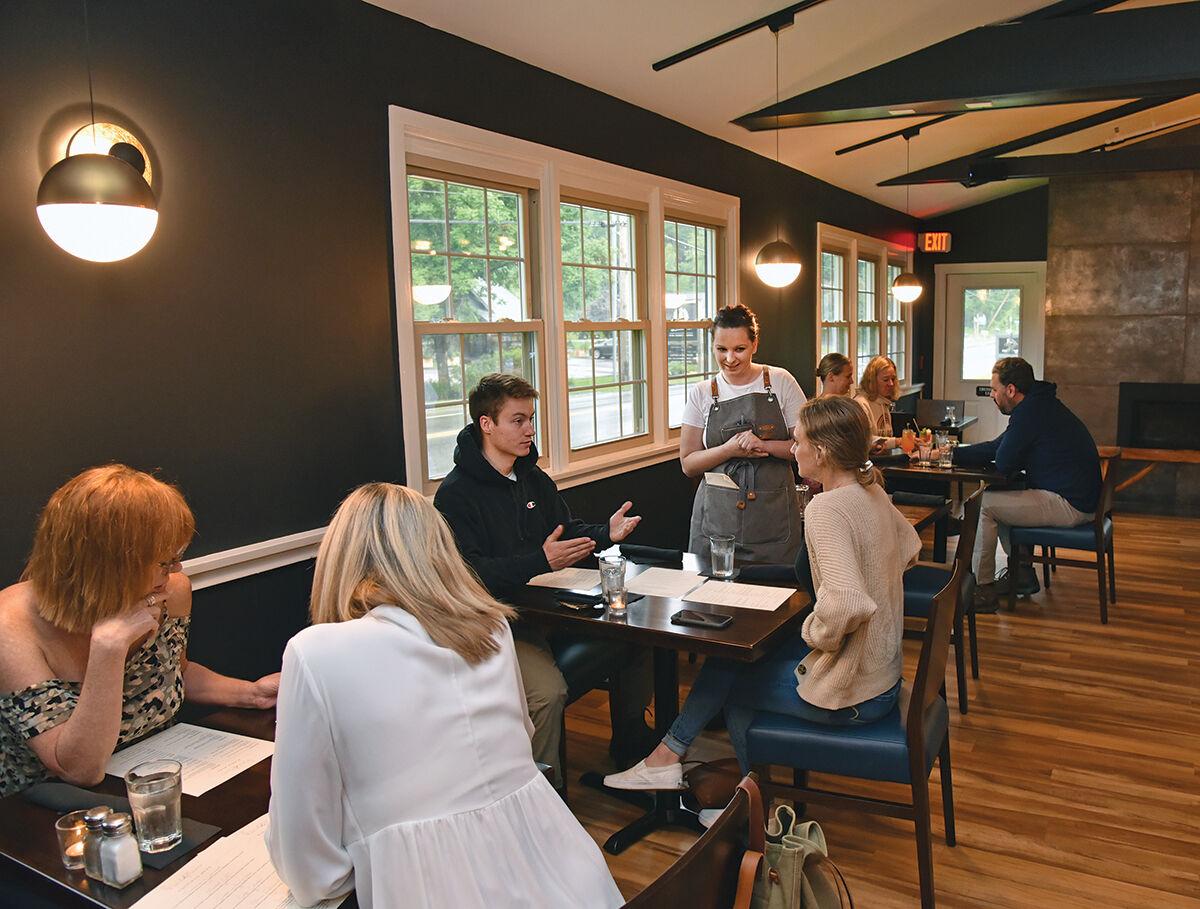 Diners fill the central dining room at Wildflower, the latest restaurant to take up residence at the Grey Fox Inn in Stowe. 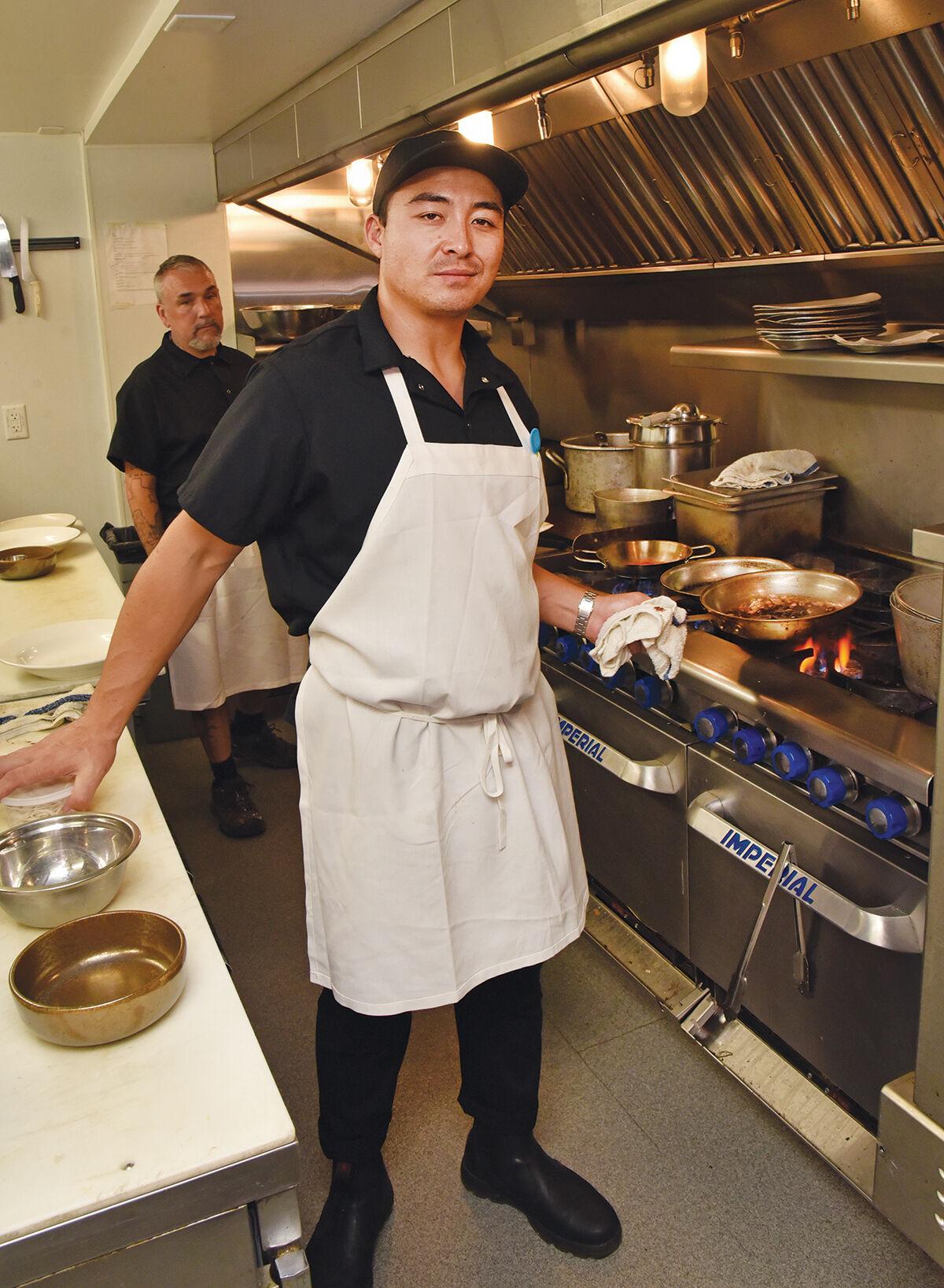 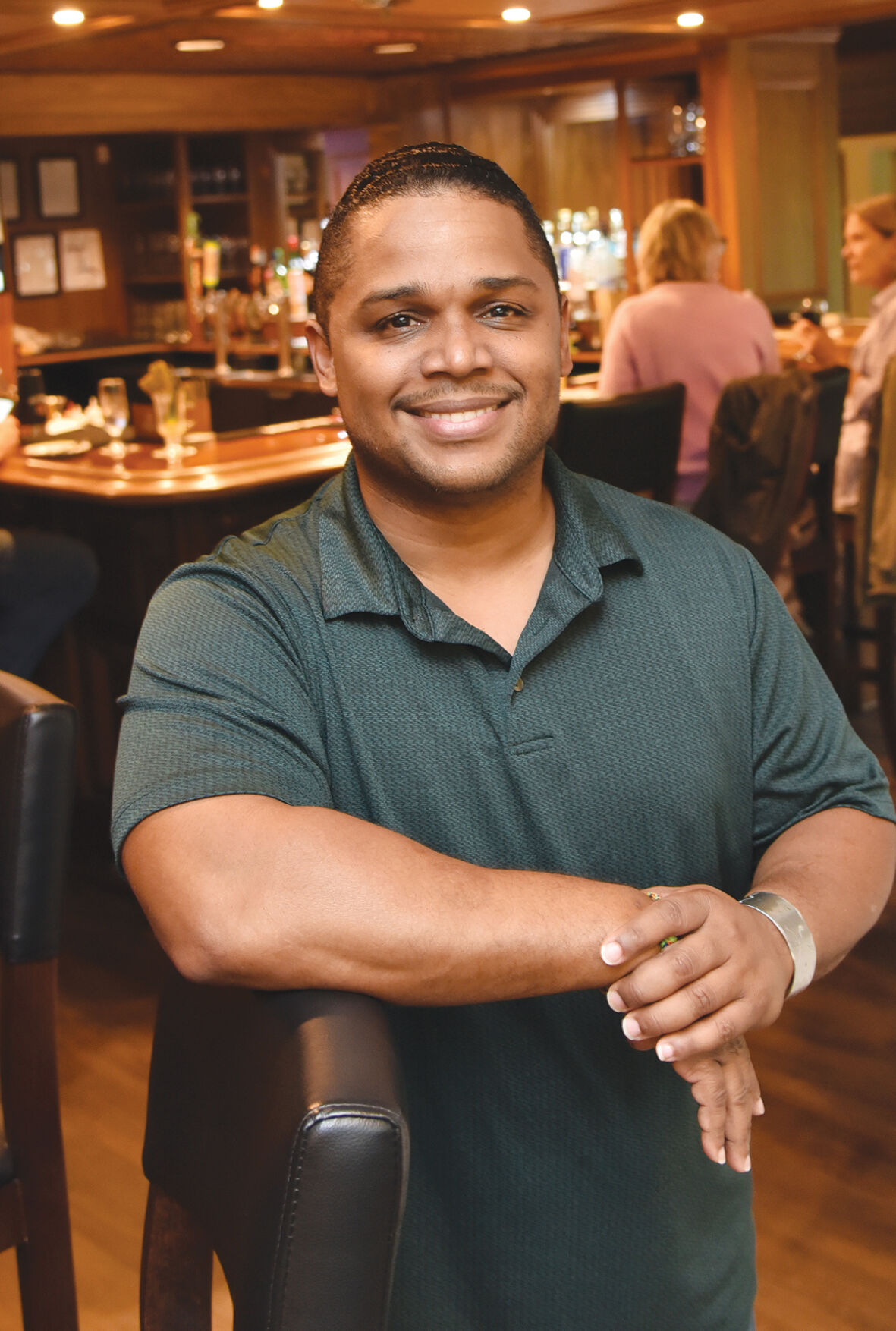 Owner David Cid presides over the look and feel of the restaurant. 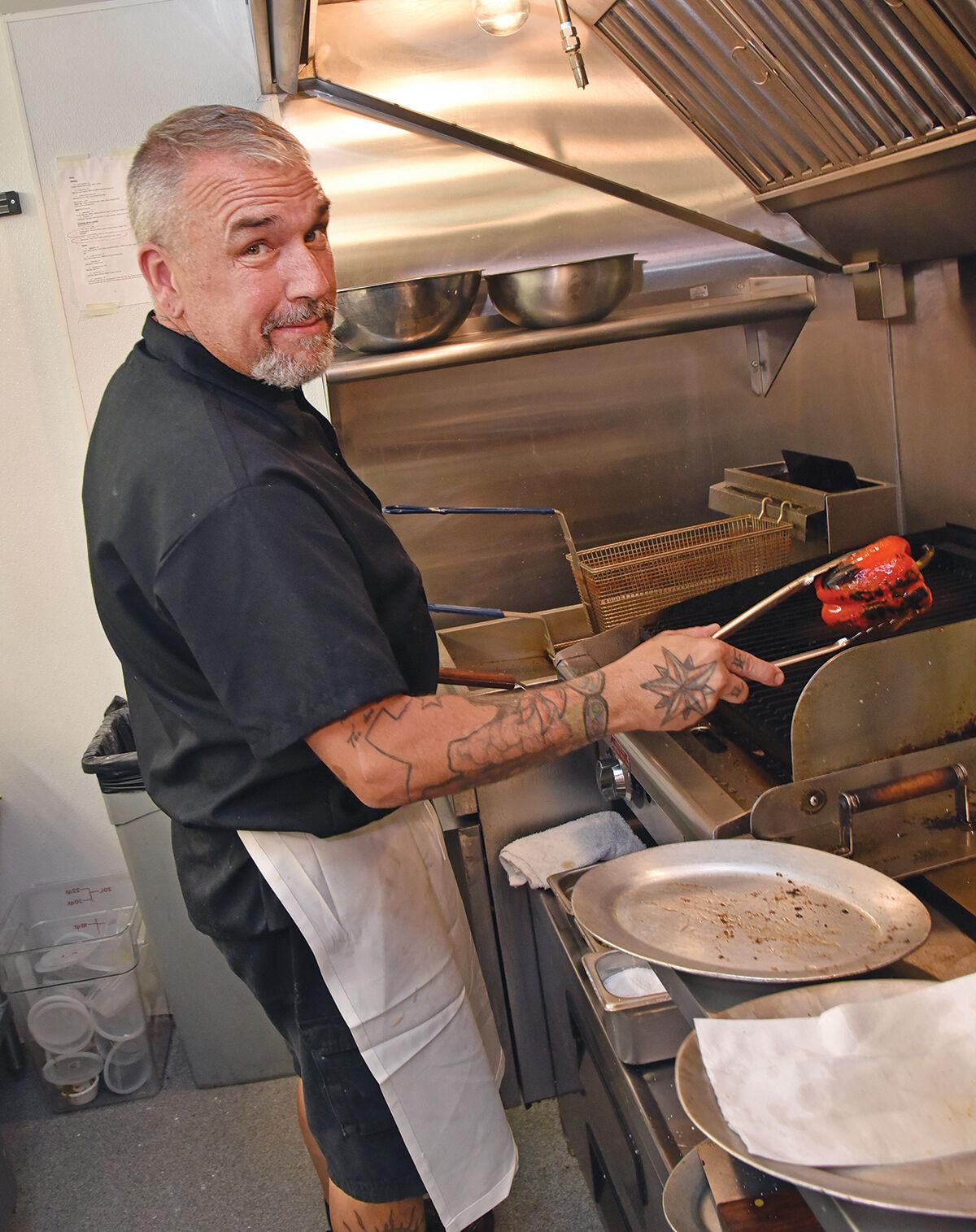 Diners fill the central dining room at Wildflower, the latest restaurant to take up residence at the Grey Fox Inn in Stowe.

Owner David Cid presides over the look and feel of the restaurant.

Can a cocktail tell a prospective diner everything they need to know about a restaurant?

The gin and tonic at Wildflower — the elevated-casual new American eatery that just opened at the Grey Fox Inn — just might.

Officially titled the “Market G&T,” the recognizable stalwart of every cocktail menu from the swankiest hotel bar to any neighborhood dive becomes something more elusive at Wildflower. The gin is there along with the tonic water and the St. Germain liqueur — but this foundation expands with the addition of fresh-pressed cucumber juice and a stiff bouquet of market-fresh herbs.

Familiar enough to comfort, unique enough to surprise and fresh enough that each order is not quite the same as the last — that’s the Wildflower ethos.

Wildflower is the result of intense collaboration between partners David Cid and Darnell Holguin, alongside chef Jonathan Shepard, three hospitality professionals that brought their cultural backgrounds together to offer a menu populated with deeply personal new American dishes.

“We’re all from different cultures. We all look different,” Cid said. “It’s the diversity of wildflowers, you can see it in the diversity of the partners. There’s almost a philosophical side to the use of the term ‘wildflower’ in our branding.”

The breakfast menu, served from 8 a.m. to 1 p.m. Monday to Friday with extended brunch hours from until 2:30 pm on Saturday and Sunday, offers an accessible array of dishes with a French influence that comes off with a light touch.

Breakfast sandwiches built upon gougères — crunchy, cheesy pastry bread — are available in the traditional bacon-egg-and-cheese and lox, eggs and cream cheese format. If brunch ends up closer to midday, a bacon-lettuce-tomato tricked out with avocado and black garlic aioli is available too.

Of course, no modern breakfast menu is complete without thick slabs of sourdough with a full platter of food piled upon it. At Wildflower, this could be savory in three different ways, only two of which involve avocado: a mushroom sausage gravy, caramelized onions and avocado and avocado with a poached egg and chili thread garnish or burrata with a poached egg and broccoli rabe.

The breakfast menu’s savory side allows brunchers to go big — really big. Like minute-grilled rib-eye steak with chimichurri big. Chicken and waffles with bourbon maple syrup is there if you’re not feeling so ambitious.

Along with a chicken-less waffle and French toast, the menu’s sweet side contains a winking nod to a previous resident of the Grey Fox Inn’s restaurant, Dutch Pancake Cafe. Wildflower’s Dutch baby eschews the clumsiness of the traditional cast-iron skillet and instead opts for the more elegant gleam of the stainless-steel pan; its foundation is thick enough to support a syrupy pile of blueberry compote but somehow doesn’t come off too heavily.

“When it comes to the dinner, you see where we really wanted to land, which is Americana with Asian and Latin-Caribbean flair. It's food that you will recognize, but with elements that are really inspired from our cultures. Food that we grew up with, both in the states as Americans and what we grew up with being Puerto Rican, Dominican and Korean,” Cid said, naming his and Shepard’s ethnicities.

Dinner is where it all comes together for Wildflower, the stage upon which Shepard — a chef who cut his teeth in New York, moonlighting at Momofuku before its ascent into a global brand among other restaurants before going on to helm restaurants Harlem Burger and Harlem Pizza — is allowed to bring his full creativity and seasoned technique to bear.

The crispy octopus bao from the appetizer list exemplifies this. The soft bao gets out of the way to let the octopus do the talking. A spicy ssam sauce offers a complimentary kick that lingers on the tongue but balanced with pickled cucumber.

There is a burger and a chicken sandwich — this is American cuisine after all, no matter how new it may be — but there’s also tagliatelle with house-made noodles, jajang sauce and pork belly; there’s a crispy chicharron that fulfills the restaurant’s promise of elevated casual by transforming pork rinds into a sit-down meal; the ssam fiesta looks to approximate a Korean barbecue experience by pairing lettuce cups with ribeye steak and an array of fixings.

The roasted chicken, however, is the entree that speaks from Wildflower’s heart: a whole chicken presented over a pile of maduros, or fried plantains and sautéed kale. Crisp, salty skin gives way to juicy white meat offset perfectly by the sweetness of the plantains, a rare find in a Vermont mountain town. This style of chicken is ubiquitous in Puerto Rico, according to Cid.

Taking center stage for dessert is another dish reflecting the ownership team’s lived experience: flan with maple-poached apple, delicately diced — one of the only maple-involved dishes on the menu, save for the chicken and waffles. To perfect the dish, Holguin and Shepard, whose friendship spans a decade at least, turned to the best flan-maker they knew — Holguin’s mom.

Holguin’s mom even approved of putting a Vermont twist on her flan recipe, subbing out the traditional caramel for maple syrup.

Cid and Holguin’s meticulousness and attention to detail goes beyond the menu. It’s reflected in the restaurant’s physical space as well and the ongoing attempts to unify the somewhat disparate spaces comprising it.

The duo overhauled the main dining area after taking over the space from the most recent tenant, Jeff’s at Stowe, building out a warm atmosphere with dark wood and a midnight palette, ripping out the booths and replacing them with tables and chairs and replacing the low-hanging chandeliers with Edison bulb wheels.

The hardwood bar, which serves a cocktail menu carefully crafted by Holguin. It offers everything from the fruity medley of the Summers in Vermont to a Stowe Fashioned to the aforementioned gin and tonic. The bar is separated from the dining room by a blank hallway, which Cid plans to cover with a painted mural in the fall. The same menu is available whether diners sit at the bar or take a table.

Cid and Holguin have ambitious plans for the area below, pending approval from the development review board. Their goal is to transform the space into a speakeasy with its own cocktail menu, making it available to be rented out by private parties and potentially a space to host cocktail crafting classes.

There are also plans to beautify the porch off the dining room, accessible from the Stowe Recreation Path, and make it an entry point and summer dining area for those coming off the path in workout clothes. All of this is part of Wildflower’s goal to be all things to all people with a fully customizable dining experience.