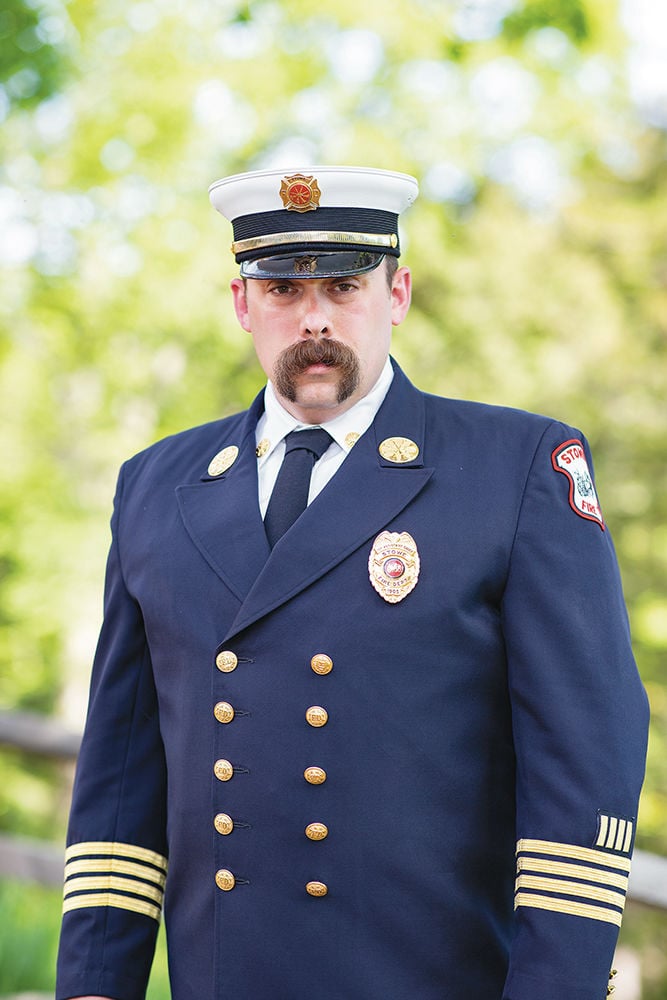 Kyle Walker, 37, is Stowe’s first full-time chief, succeeding Mark Sgantas, who has retired this year after 37 years with the fire department. 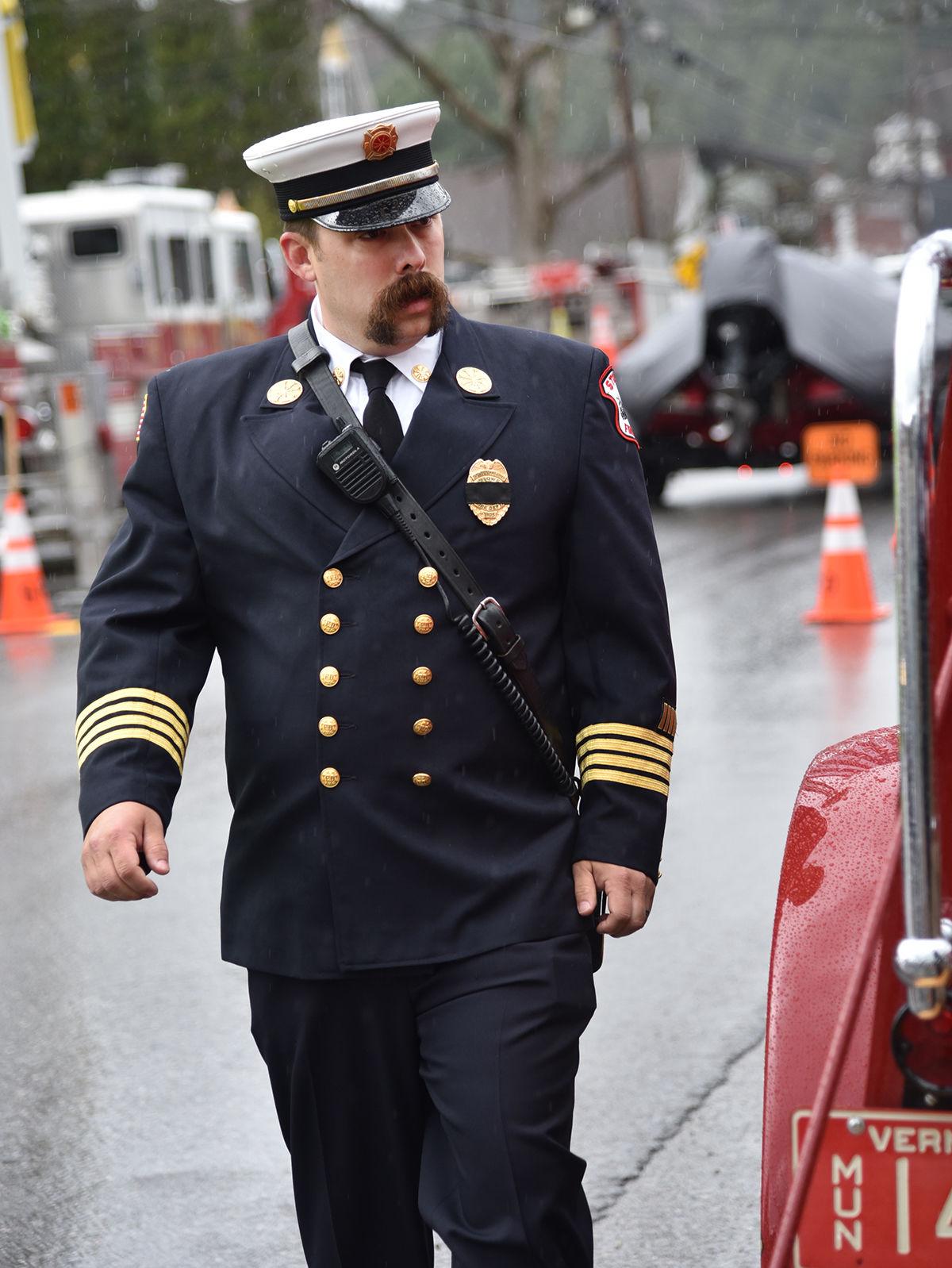 Wendall Mansfield’s memorial service drew hundreds of firefighters, police officers, friends and family to the Stowe Community Church to remember his service, his spirit and his life. 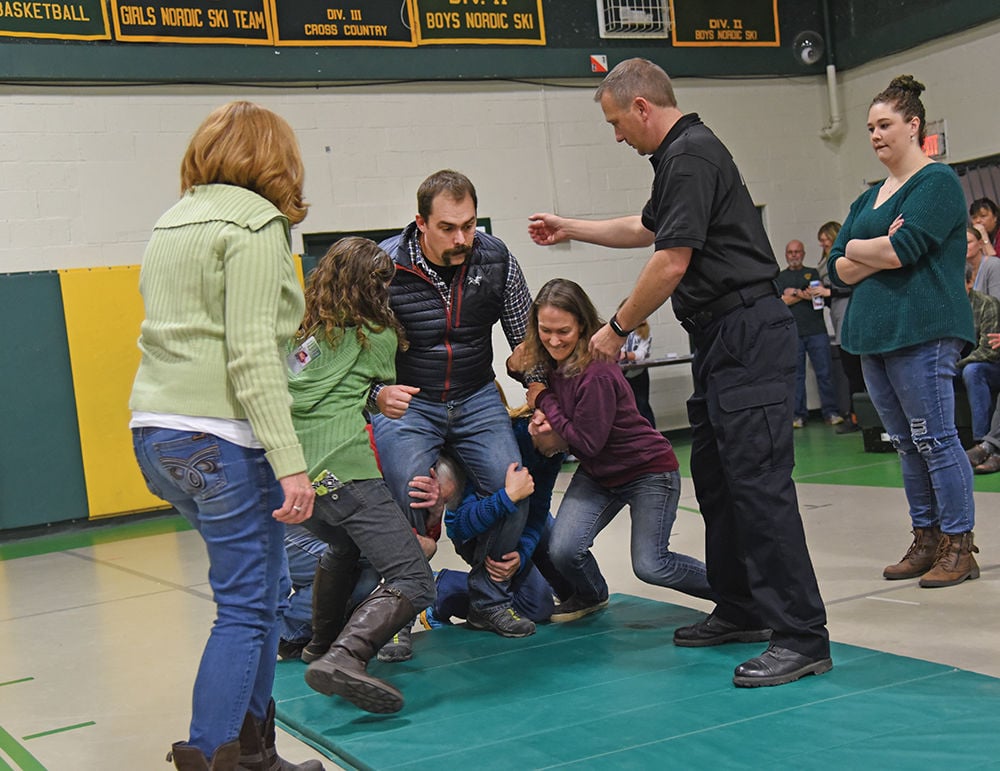 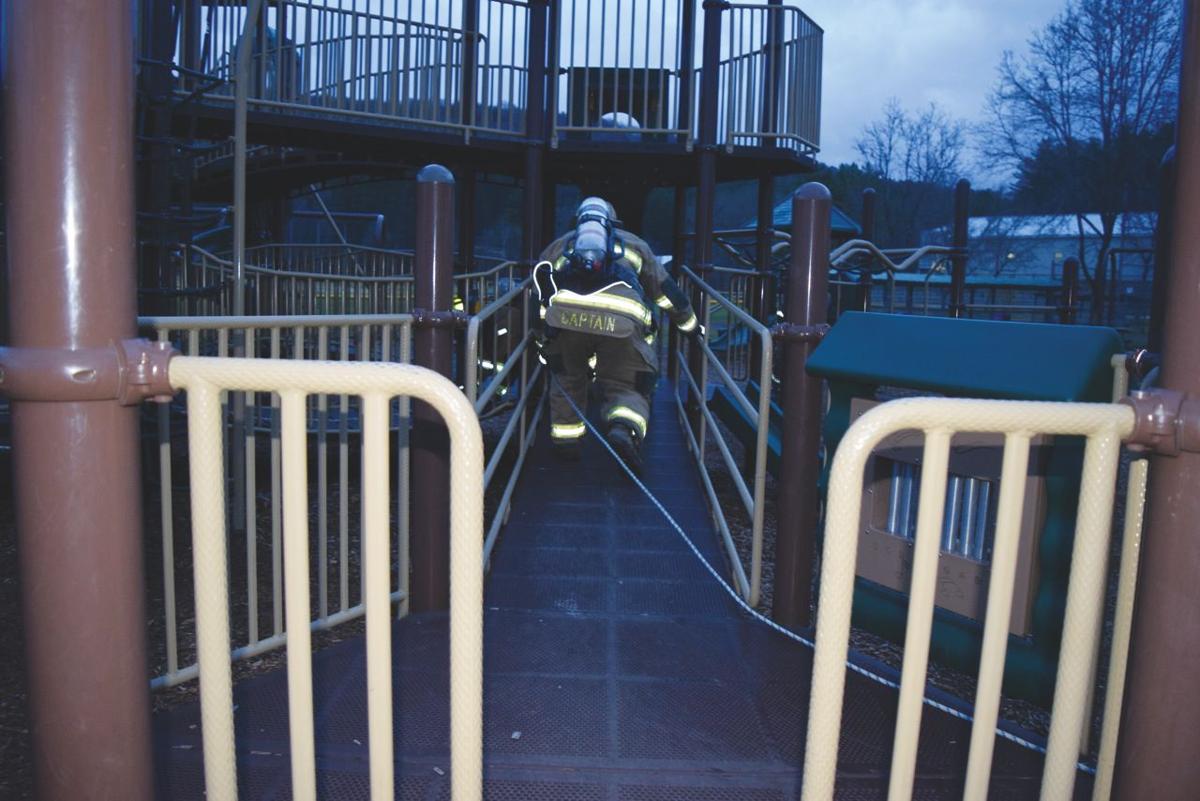 Stowe Fire Department captain Kyle Walker in a training exercise on the Stowe Elementary School playground as darkness falls. The exercise simulates working inside a burning building, and helps train firefighters train to breathe with an air pack and stick to the buddy system. 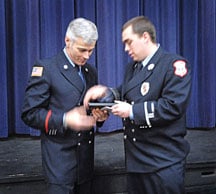 Kyle Walker, 37, is Stowe’s first full-time chief, succeeding Mark Sgantas, who has retired this year after 37 years with the fire department.

Wendall Mansfield’s memorial service drew hundreds of firefighters, police officers, friends and family to the Stowe Community Church to remember his service, his spirit and his life.

Stowe Fire Department captain Kyle Walker in a training exercise on the Stowe Elementary School playground as darkness falls. The exercise simulates working inside a burning building, and helps train firefighters train to breathe with an air pack and stick to the buddy system.

One uniform will have to be enough for Kyle Walker.

Walker, 37, will resign as a sergeant with the Stowe Police Department on July 4, and become Stowe’s first full-time fire chief.

Walker succeeds Mark Sgantas, who’s been part of the Stowe Fire Department for 37 years and chief for 12.

Walker, a Stowe police officer since 2008, had joined the Stowe Fire Department in 1997 and worked his way up to first assistant chief before Sgantas announced his retirement.

Walker says Sgantas is a role model for the way a fire chief should lead the crew.

“His loyalty, his dedication” are inspiring, Walker said. “Those two qualities of his are unquestionable. Mark has maintained that throughout his career, as long as I’ve known him. … I’ve learned a lot from Mark, and I’ve learned a lot from all of the past officers on this department. I’ve been very lucky. They have always allowed me to better myself,” Walker said. “I’ve been put in a position to progress, to learn, to climb up through the ranks and I’ve been able to gain a lot of experience, and that has put me in a very good place.”

He said he’s always dreamed about being chief.

“It’s just one of those things that you aspire to be,” he said.

One of his top priorities will be to keep and expand the department’s corps of volunteers. Someone will have to be at the fire station regularly to talk to potential recruits and manage volunteers, Walker said.

Tony Carniglia is the department’s recruitment and retention officer, and Walker hopes his own full-time presence at the fire station will make people feel comfortable about stopping in to chat about what it takes to be a volunteer firefighter.

In recent years, the fire department and Stowe Emergency Medical Services have struggled with keeping current volunteers and recruiting new ones.

Walker credits Carniglia for adding eight volunteers to the fire department this year, for a total of 26.

“Hopefully we can maintain our corps of volunteers. I think that’s our No. 1 priority. But on the other hand, we also need to have a Plan B. If that corps of volunteers isn’t sustainable, and we aren’t able to continue that tradition, then we need to be ready,” Walker said.

Walker thinks the fire and emergency agencies could merge in the future, though has no timetable in mind. The two departments already work closely together, and several members are on both teams.

Walker is excited about his new job.

His passion for public safety led him down dual paths — police and fire — but he says ultimately, he chose to lead the Stowe Fire Department, in part because of the deep roots his family has in firefighting.

“One of the things I’m most excited for is that I can focus on one career. For my entire adult life, I have focused on two careers, and I’ve always tried to keep my sights set on both of them and maintain both of them.

“Obviously, my law enforcement career has been my priority because it was my full-time job. It’s been difficult at times to balance those two careers and family life,” Walker said.