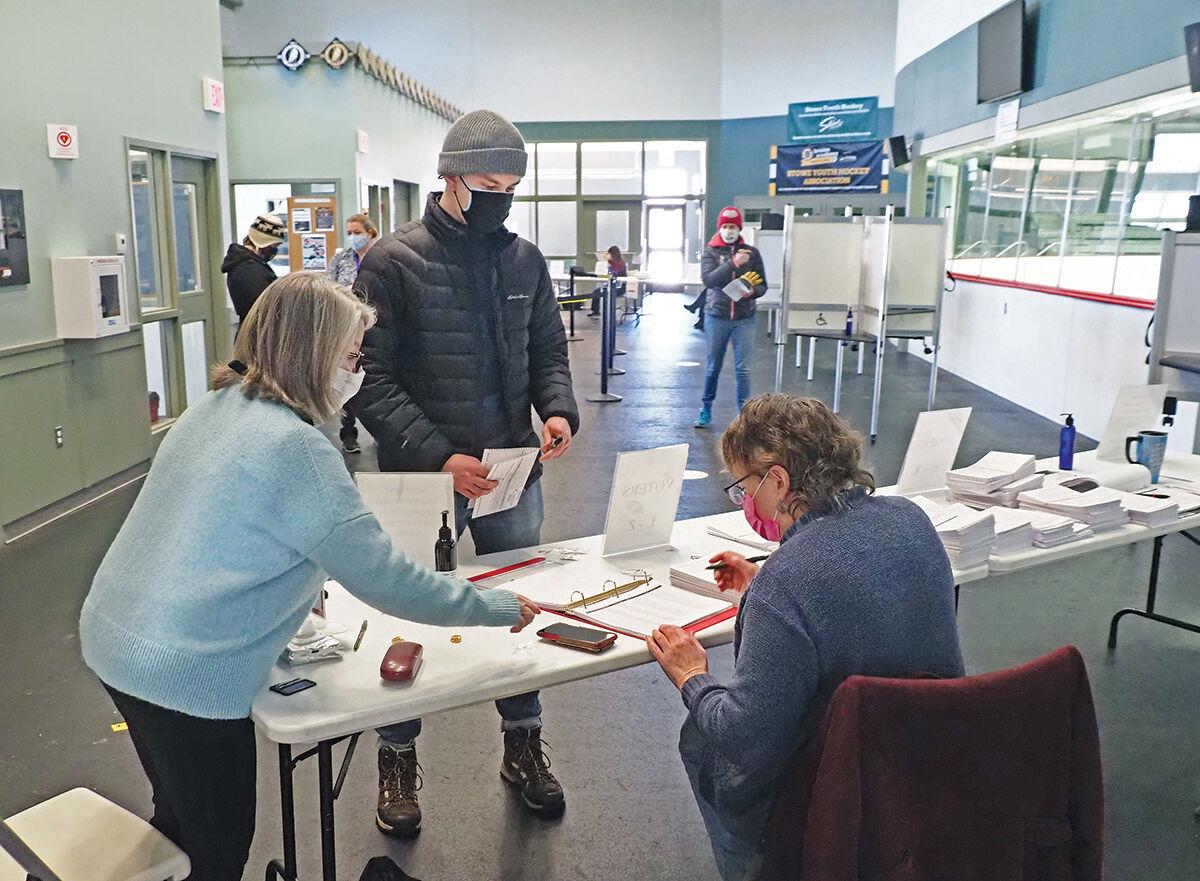 Isaiah Schaefer-Geiger votes Tuesday on Town Meeting Day in Stowe. He turned 18 in November, just missing the General Election, so he was excited to vote for the first time on local town and school issues, even as he finishes his senior year of high school. 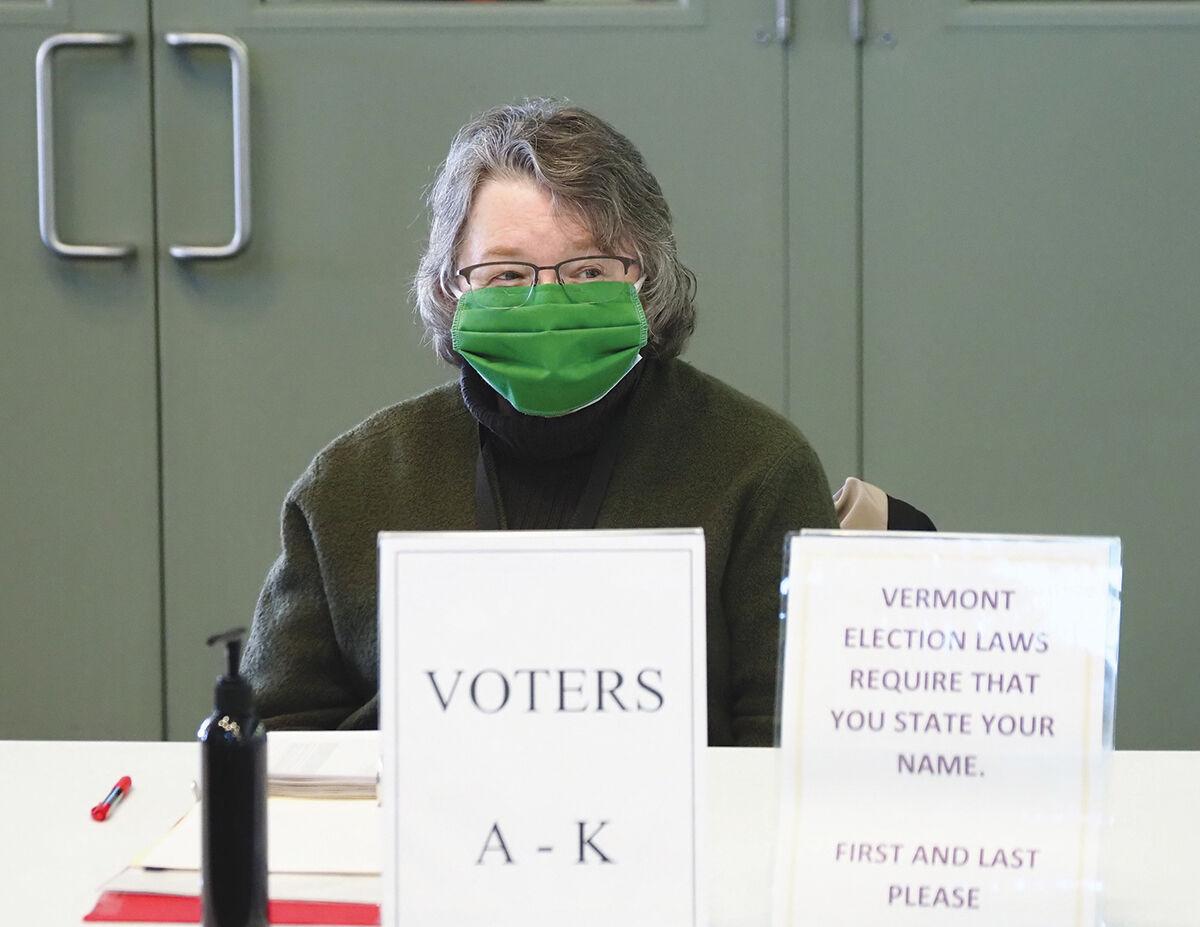 Susi Clark is ready for the onslaught of voters at Tuesday’s Town Meeting Day in Stowe.

Isaiah Schaefer-Geiger votes Tuesday on Town Meeting Day in Stowe. He turned 18 in November, just missing the General Election, so he was excited to vote for the first time on local town and school issues, even as he finishes his senior year of high school.

Susi Clark is ready for the onslaught of voters at Tuesday’s Town Meeting Day in Stowe.

Plenty of people stayed away from the polling place Tuesday, whether because of the weather, the pandemic or something else. But not Isaiah Schaefer-Geiger, a newly-minted voter who turned 18 in November, just after the historic 2020 general election.

He may have missed that one, but he was eager to fill out his first ballot on Tuesday. As a Stowe High School student who participated in a school board Zoom meeting last year about grading changes, he brought a unique perspective — he’s the beneficiary of school budgets at the whim of the general public.

“I think just having more money for education and stuff is really good, and especially increasing it for people,” Schaefer-Geiger said. “You can increase how well the education system is here and I think that’s really important.”

He said he studied up on with town issues, too, reading stories in the Stowe Reporter and talking with other people about the issues. He did research on the candidates running for office before voting for his pick, which he kept to himself.

“Things like having safe roads to drive on, that’s nice,” he laughed.

With windchills in the negative double-digits, it was fitting that Town Meeting Day voting in Stowe took place at an ice rink.

Still, the vast majority of Stowe’s March voting happened before the day itself.

According to Town Clerk Lisa Walker, of the 1,617 votes cast for or against town and school budgets and election candidates, all but 439 were done ahead of time. That’s a far cry from the record-breaking voting turnout during the presidential election just fourth months ago, but it was enough to get the job done.

Voters approved all spending measures on the town and school ballots, and sent some new faces to key boards.

The town’s budget, which topped $13 million for the first time in Stowe’s history, was approved 1,176-360. Of that sum, roughly $9.9 million will be raised by property taxes.

Jo Sabel Courtney was elected to a two-year term on the selectboard that opened up when Morgan Nichols decided not to run again. Courtney had a challenge from Bart Newhouse, who ran a high-profile write-in campaign. Both of them bought candidate signs and newspaper ads to attract attention.

It was unclear as of press time how many write-in votes Newhouse himself collected, but the overall number of write-ins for the seat totaled 725. That wasn’t enough to overcome Courtney’s 796 votes.

The other selectboard seat, a three-year term, was taken by incumbent board chair Lisa Hagerty, who ran unopposed.

Every vote counts, but not all counted

Bart Newhouse may have come up just short in his write-in bid for the Stowe Selectboard, but he sure didn’t lose to Bart Simpson — or Mickey Mouse or Bernie Sanders.