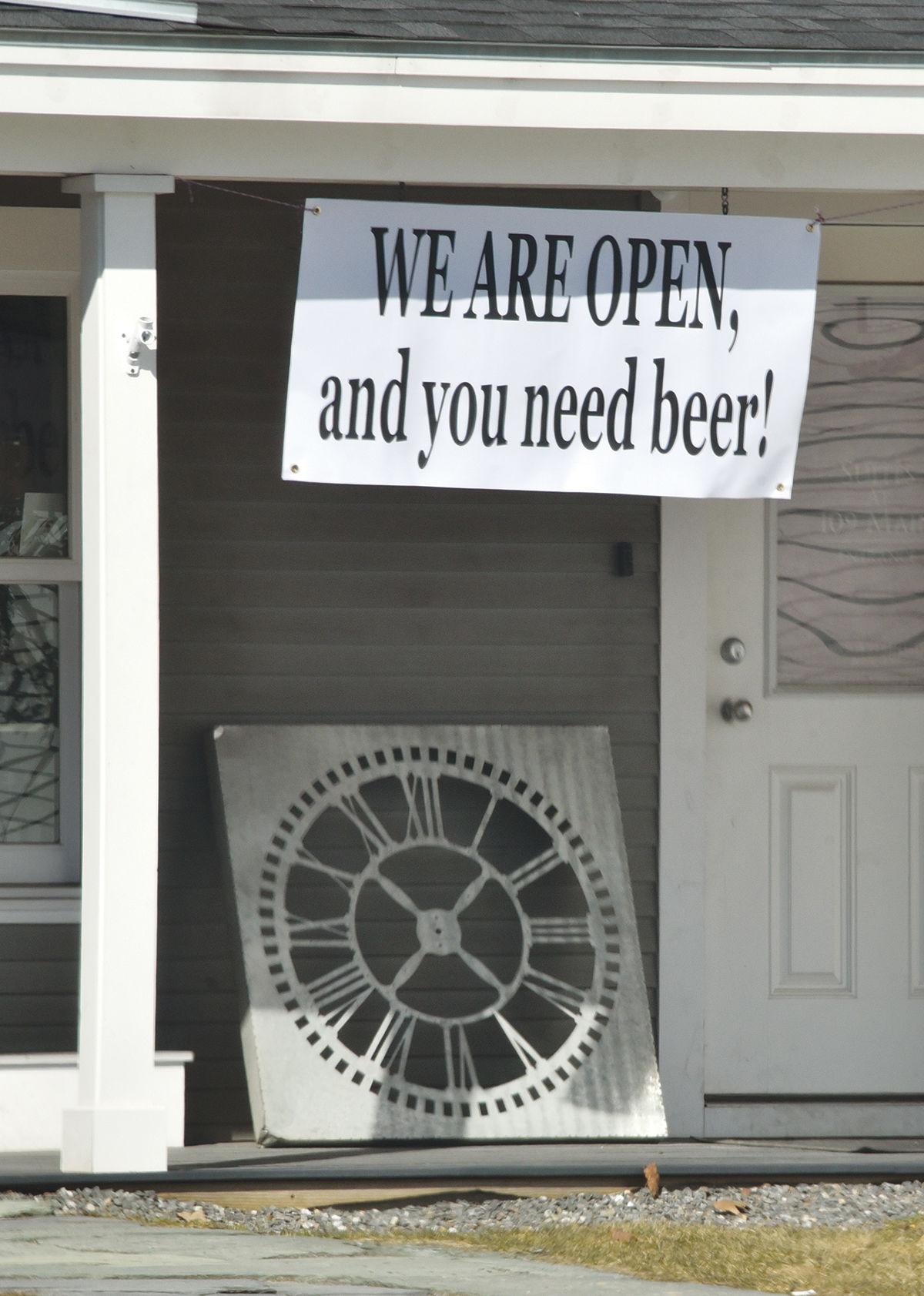 Stowe Public House, trying to do some business during the coronavirus crisis, opts for a strong message outside its door on Main Street. 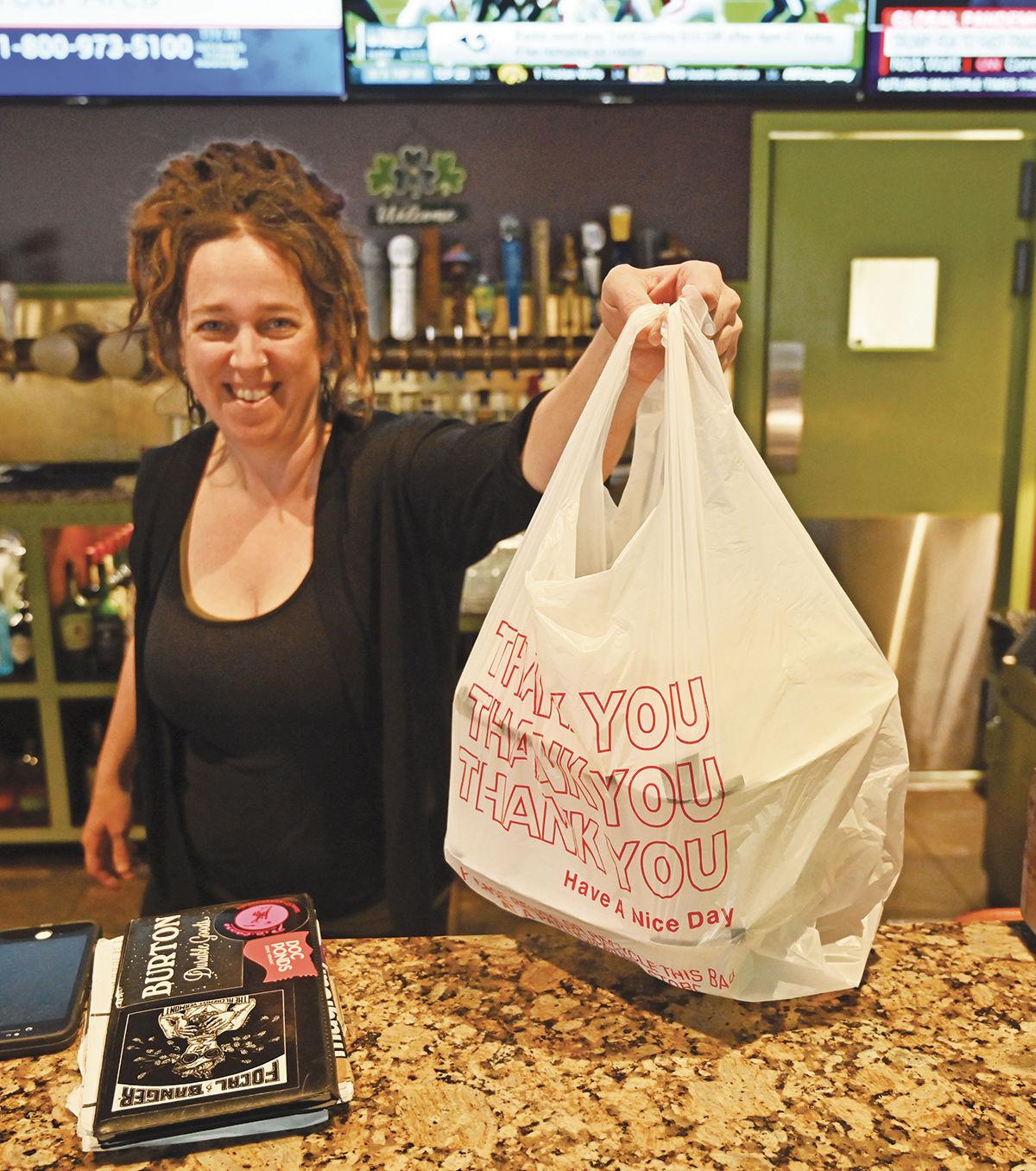 Jessica Enos shows off a takeout bag at McGillicuddy's in Waterbury. 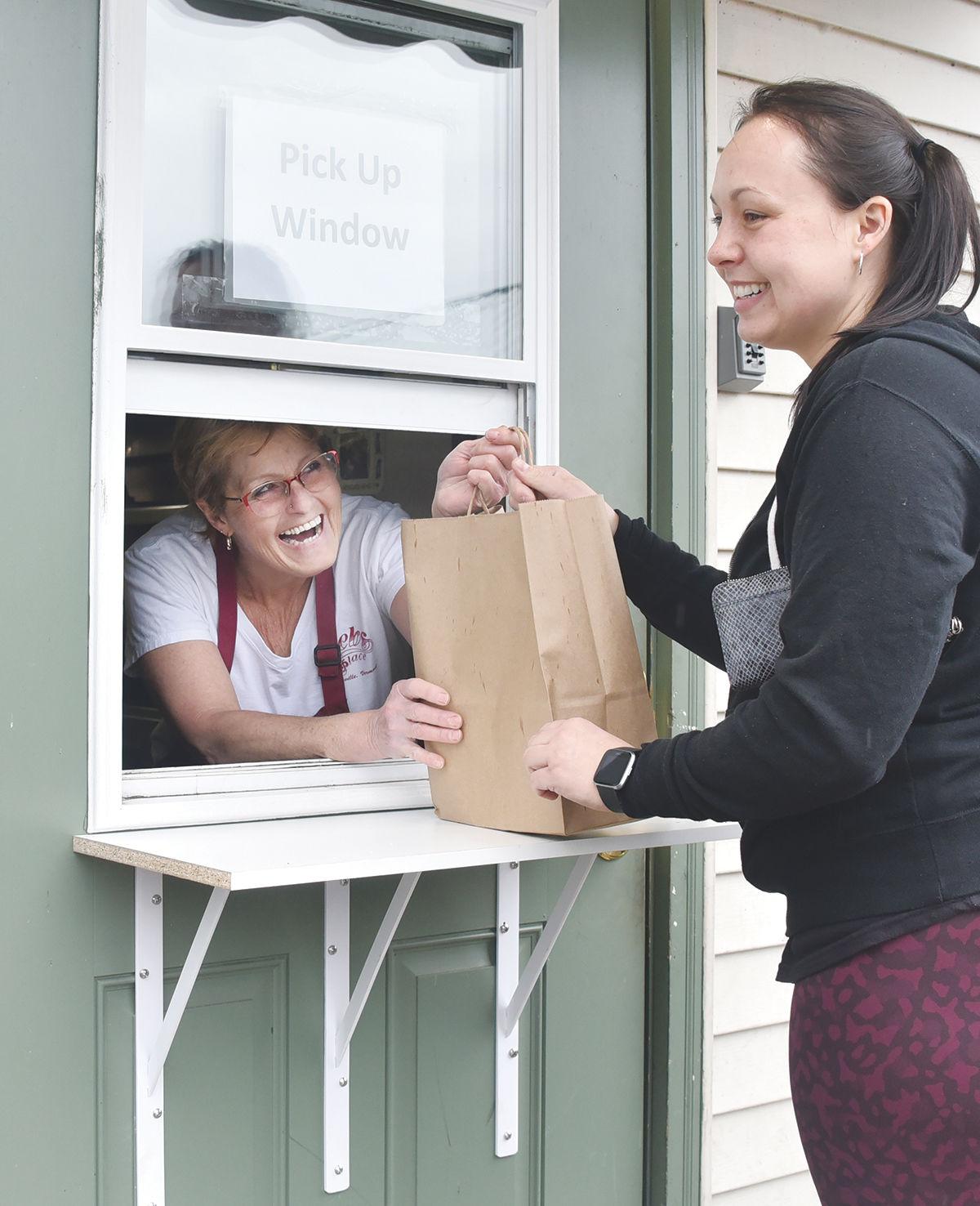 A patron grabs food at the pick-up window at Deb's Place in Morrisville.

Stowe Public House, trying to do some business during the coronavirus crisis, opts for a strong message outside its door on Main Street.

Jessica Enos shows off a takeout bag at McGillicuddy's in Waterbury.

A patron grabs food at the pick-up window at Deb's Place in Morrisville.

Go ahead and get some takeout, and maybe have it delivered.

Trying to keep their businesses afloat when nobody’s allowed to sit inside, many local restaurants are preparing meals for curbside pickup or delivery.

However, with Gov. Phil Scott ordering nonessential workers to stay home, many restaurant operators wondered if they could continue to offer meals at all, even with sharp restrictions on person-to-person contact.

On Wednesday morning, Lindsey Kurrle, secretary of Vermont Agency of Commerce and Community Development, clarified that restaurant operators are not required to shutter their kitchens.

“This order does not change the directive the governor has already given,” Kurrle said. “You may continue to provide takeout, curbside and delivery.”

That’s good news to the 20 or so Stowe restaurants that continue to offer services.

Among those businesses is Town and Country, and while the hotel side of things might be shuttered, the food side — by way of pizza restaurant The Deep End — remains open, according to the owners/brothers E.W. and Matt Bitter.

“I think most businesses are closing down and laying off employees, and what E.W. and I are doing is what we think is the right thing, and that is keep people on,” said Matt Bitter.

While they have laid off 12 people, they’ve been able to keep nine workers on the job, with most connected to The Deep End, which offers pickup and delivery.

“We found that our staff would prefer to work, even though they might do marginally better on unemployment,” said E.W. Bitter.

The Bitters said the state government has taken some positive steps, such as expanding unemployment benefits to workers whose employers have been hurt by the virus crisis, as well as delaying payment of rooms and meals taxes.

However, they are struggling to have their needs met by their lenders.

“They’re being hit very hard for requests, and we’re sensitive to that, but we are trying to maintain what we have by developing as long a runway as we can,” E.W. Bitter said. “The conversations with the lenders have been inconsistent, but I think that’s a reflection of the uncertainty. This is not like other downturns. This is a public health crisis that will become a financial crisis if it goes on too long.”

“Over the course of the week, we have gotten inconsistent replies, from not being willing to talk to ‘Yes, we are willing to talk,” Matt Bitter said.

“There is no time that is better to use that collateral than now,” E.W. Bitter said. “Our employees, they’re not sure how they’re going to keep the lights on or pay their bills next week.”

E.W. said that, even when the stay-at-home order is lifted, it will take some time for business to return to normal.

“You’re not just going to turn the spigot back on. We’re not going to expect any large social events the next few months,” he said.

The virus has had big impact on travel destinations such as Stowe. The U.S. Travel Association projects 5.9 million jobs related to travel and tourism will be lost by the end of April.

Willie Docto, innkeeper at Moose Meadow Lodge in Duxbury, said he’s only had a few cancellations for May, “but I’m expecting more.”

Among the cancellations were the parents of a cadet at Norwich University. The cadet is going to graduate this year, but the university has pushed back its ceremony from the beginning of May to the end of the month.

Melissa Moore, general manager of Best Western Plus in Waterbury, said she has seen an uptick in reservations for the week of April 17.

“There is obviously interest in people coming to experience spring in Vermont,” said Moore, who also noted the delay of the Norwich graduation, as well as the possible cancellation of graduation ceremonies at the University of Vermont.

“These are big drivers for room reservations,” she said.

In the meantime, The Deep End is offering a special — buy one pizza and the restaurant will donate a second to area health care workers.

“We’ve had people order two, and tell us to donate both,” E.W. said.

As the coronavirus spread in Vermont — cases had reached 123 at press time — the state continued to shut down to keep the virus from spreading.