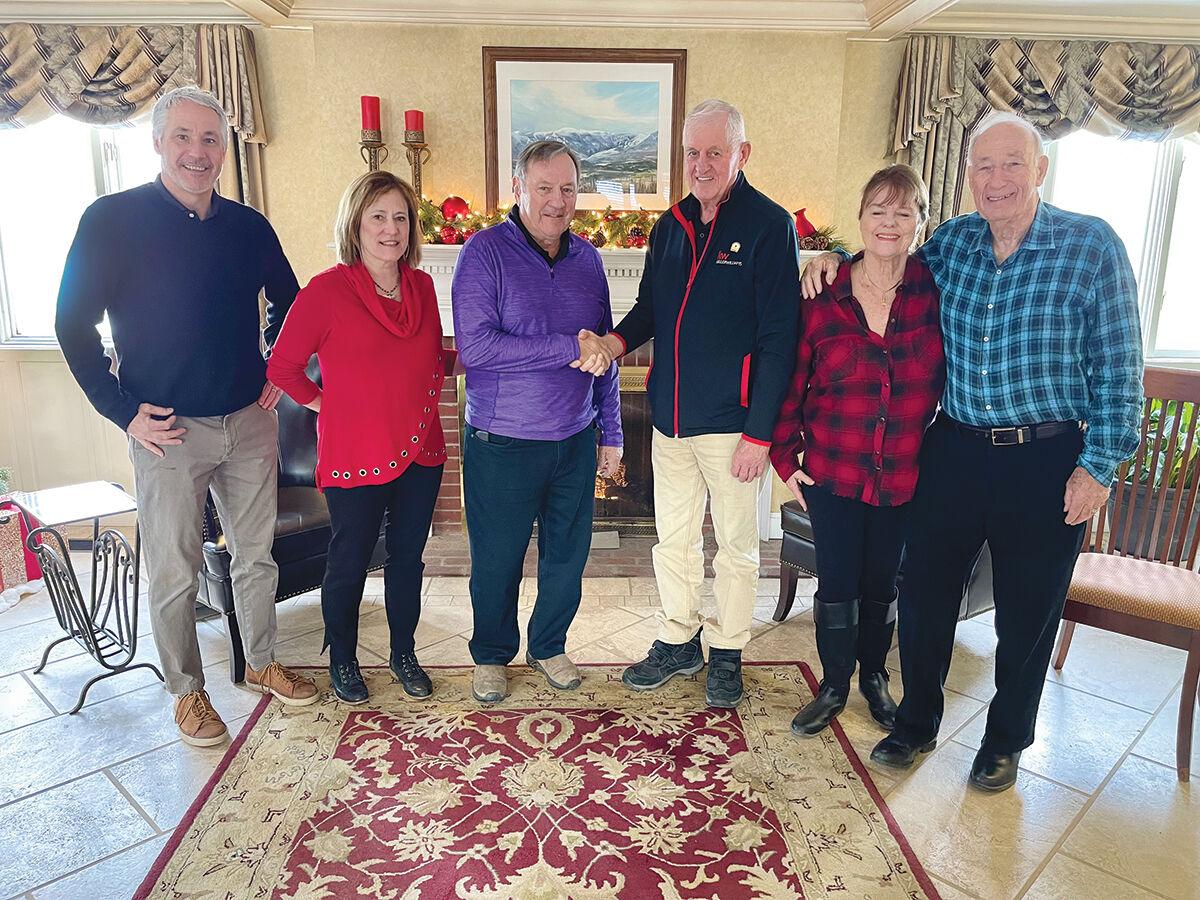 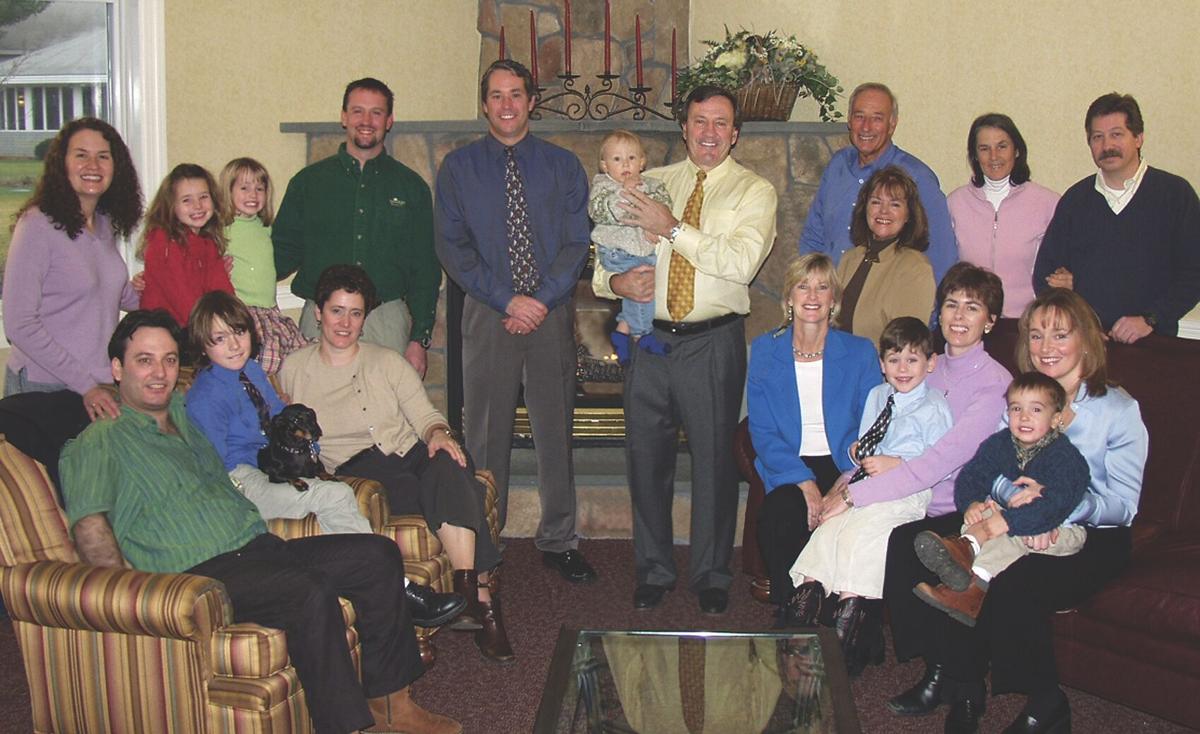 The resort has been managed for over a half a century by three generations of the Baraw family, started first by Stuart Sr., who left the day-to-day management of the hotel to his wife, Bea.

The resort has been managed for over a half a century by three generations of the Baraw family, started first by Stuart Sr., who left the day-to-day management of the hotel to his wife, Bea.

The Stoweflake Resort and Spa has been purchased for approximately $13 million by MCR Hotels, a hotel management company planning to invest $5 million in renovating the historic lodge, restaurant and spa complex.

The resort, which began as a 20-room inn and now includes 120 guestrooms and suites, townhouses, spa, a large conference room and two dining areas and other amenities, will now be owned by the fourth largest hotel management company in the United States.

The resort has been managed for over half a century by three generations of the Baraw family, started first by Stuart Sr., who left the day-to-day management of the hotel to his wife, Bea.

All of their children had a hand in the early operations of the inn, but it was Chuck who took the reins as the business expanded. The purchase paves the way for Chuck to fully retire from his role at the resort, though he will still maintain his residence next to the property.

“We’ve owned the Stoweflake for over 50 years, three generations, and we’re happy to see it continuing on,” Chuck said. “The good news is that the company that bought us, MCR, was mostly interested in adding it to their hotel portfolio. So the only one who’s out the door and retired now is me. So it’s most traumatic to me, because I’m being forced to retire at a young age of 78.”

Chuck’s daughter, Shari, and Stu Jr.’s son, Scot, who serve as general manager and vice president of sales, respectively, will continue in those roles despite new ownership, according to MCR Hotels.

“We’re very bullish on Stowe,” said Joe Delli Santi, senior vice president of acquisition and development for MCR Hotels. “It’s always been a great ski destination in the Northeast. We think it’s one of the premier markets out there.”

This is part of a broader effort on the part of the hotel management company, which owns 120 other hotels, to increase its footprint in Stowe and Vermont in general. It has already invested heavily in Killington Mountain Lodge, a rebranded 100-room Best Western the company poured millions into over the past decade.

MCR sees Stowe as even more of an attraction than Killington.

“Stowe is even better given that you have The Alchemist, the historic downtown,” Delli Santi said. “You have more of an experience up there, the von Trapp family lodge, all that kind of good stuff.”

Now MCR is bringing its Killington playbook to the Stoweflake.

“It’s no secret that it hasn’t been renovated in the last five or 10 years,” Delli Santi said. “We’re going to come in and spend well north of probably $5 million to make it a great upscale experience up there. With that $5 million, we’re going to renovate the public areas, the lobby, the meeting space, the guest rooms, pretty much everything. The restaurant, Charlie B’s, everything’s going to get a total facelift.”

Part of what led MCR Hotels to pull the trigger on the Stoweflake purchase was seeing the eye-popping profits the hospitality industry achieved in 2021.

“It’s had some of its best months ever,” Delli Santi said. “August and September and October were almost record months for hotels up there. Based on total revenues that we were seeing, we’re extremely bullish on Stowe and the Baraws have a phenomenal location in that market.”

The Baraws had plans to renovate, but didn’t have access to the kind of capital that MCR has at its disposal and renovations would have taken much longer, noting that their anchor bank, TD Bank, declined to provide the necessary line of credit.

“It's very hard to get the kind of money that independently-owned properties need,” Chuck said. “The new company has got a big pool of millions of dollars, and they’re able to put the kind of money that we would have put in, but it would have taken us several years to do because in this day and age, the banks aren’t very forthcoming with new money.”

The Stoweflake name, as well as Charlie B’s, will remain, as MCR sees them as having “great name recognition.” Along with the Baraw’s, Delli Santi said that most of the resort’s staff have agreed to remain after the transition.

There will be no day-one changes, but planned renovations will likely occur next summer and the hotel management company hopes to unveil the new and improved Stoweflake in time for the 2022-2023 ski season.

“We’re just trying to reinvest in the property, elevate the experience and give everyone on site the tools that they need to do their job better,” Delli Santi said.

Stuart Baraw Sr. was born on a Vermont farm, and he and Bea owned a cabin in Stowe beginning in 1948.

Though the Baraws began adding additional cabins to their Stowe land and renting them out through the 1950s, it was in the early 1960s that the Baraws moved to Stowe permanently and opened the Stoweflake Inn.

Bea left her job as an operating room nurse to oversee the initially modest inn as it grew and expanded into one of the largest resort and conference centers in Stowe. After her eventual retirement, it took four different people to replace her. Stuart Sr. never left his job in the cryogenic industry and was largely absent from day-to-day hotel operations. He died in 1992.

Stuart Sr. and Bea’s children, Stuart Jr., Donna and Chuck, all assisted their mother in operating the inn at some point. Chuck, the one-day president, dug trenches and worked construction on vacations from the University of Vermont before eventually taking charge of the nearby Nordic Motor Inn when the family purchased it and expanded the operation. Nearly all the original structures were torn down and, over time, the hotel was transformed into the resort it is today.

The family had a knack for capitalizing on hospitality trends. In the 1960s, they opened drive-up rooms instead of the once-popular stand-alone lodges after their bank advised them to get in on the booming motel business.

In the 1970s, after Expo ’67 in Montreal introduced tourists to summers in Vermont, the Baraws purchased the Nordic and upgraded their rooms to include the kind of amenities travelers were then seeking. They began to serve individual meals instead of the family-style operation they had run previously.

Stuart Jr. and his wife Marion eventually opened Mountain Associates Realtors, a residential and commercial real estate business on the property. Sheri and Scot eventually moved into their respective roles in managing the Stoweflake.

The Stoweflake’s matriarch, Bea, died in 2001. In 2003 the resort opened a spa and a small golf operation in 2005 to complement their large conference space.

Wanting to continue renovation with an eye toward long-term stability and facing a reluctance on the part of their long-time banking partners, the Baraws saw joining a group with a sizable portfolio as their best way forward.

When asked, Sheri thought the transition was likely more difficult from the first to the second generation and easier for her and her brother.

“We all have valuable but differing strengths. I am the organizer and Scot is the people person,” Sheri said in 2000. “We lived the resort business. I knew growing up on the property that I would be back here one day.”

“I really truly believe that this company is going to be good for this resort. If I didn’t, I would not have stayed on, and so it’s definitely a bittersweet transition, but I think it’s exciting for the resort.”

Though the younger Baraws continued to help out over the years and may continue to do so after the sale, there was no clear inheritor of the resort, further making a sale the most viable way forward.

The Baraws had two rules for bringing the children into the business: that they had to work somewhere else first, preferably out of town and out of state, and that a position at the resort had to be earned, never given. This policy has served to enhance their value to their new bosses.

“I think it helped (MCR) understand the full breadth of our capabilities. It’s not just what we’ve done here. Although I will say that they have looked at that as well. They went through a pretty rigorous process, doing their due diligence,” Sheri said.

Scot originally believed he wouldn’t stay on after the sale, but after learning about MCR and getting to know the company, decided to stay on and see the renovations through.

Now Sheri and Scot have new bosses and, for the first time, they’re not related to them.

“I really truly believe that this company is going to be good for this resort,” Sheri said. “If I didn’t, I would not have stayed on, and so it’s definitely a bittersweet transition, but I think it’s exciting for the resort.”

For what it’s worth, Chuck believes Stuart Sr. and Bea would understand the need to sell as well.

“I think they would be very pleased with where the StoweFlake has come,” he said. “They would understand that, in this climate today, you pretty much have to join a bigger group, because independents are gonna struggle, and they’re really going to struggle in the future.”

This story was originally published on Dec. 23 at 7:51 p.m. It has been updated and republished with more information.