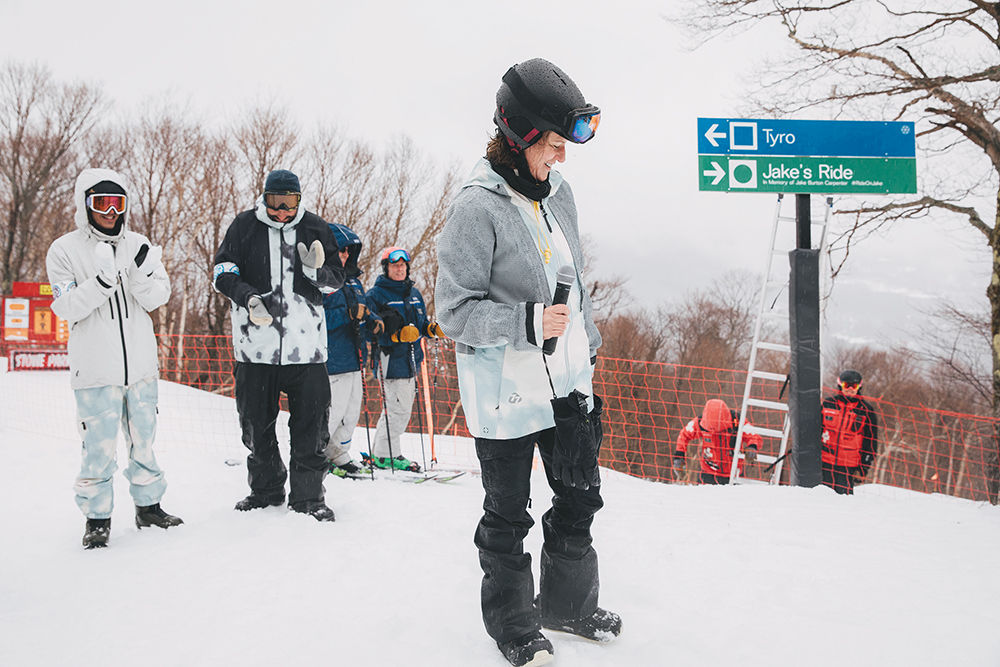 Donna Carpenter, Jake’s widow, speaks at the dedication; their sons Timmy and Taylor are behind her.

More than 100 people gather on a rainy day to honor the late Jake Burton Carpenter, as a Stowe Mountain Resort trail was dedicated in his honor. 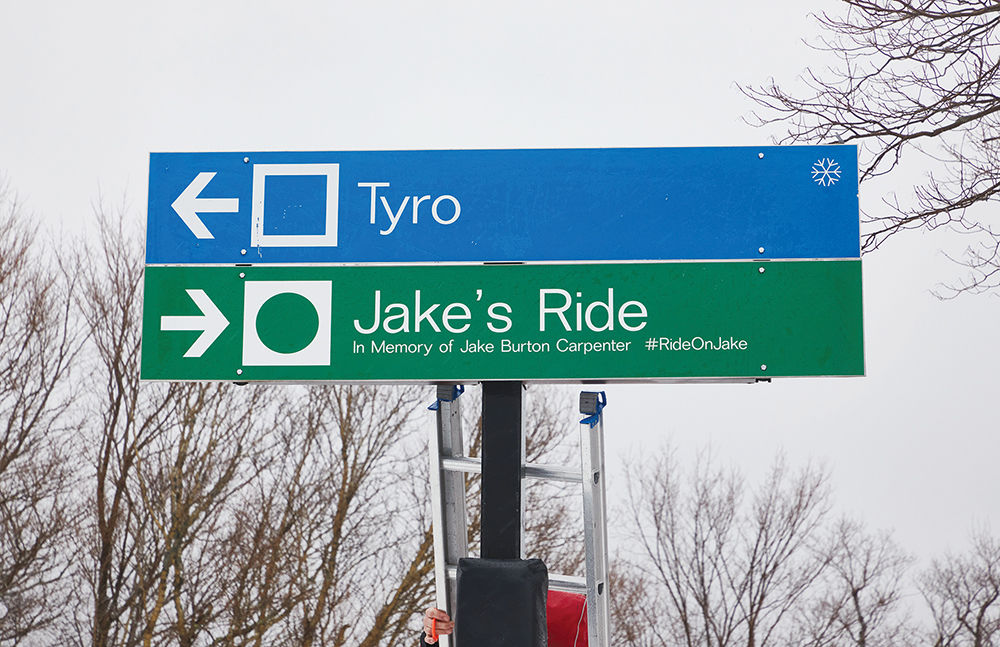 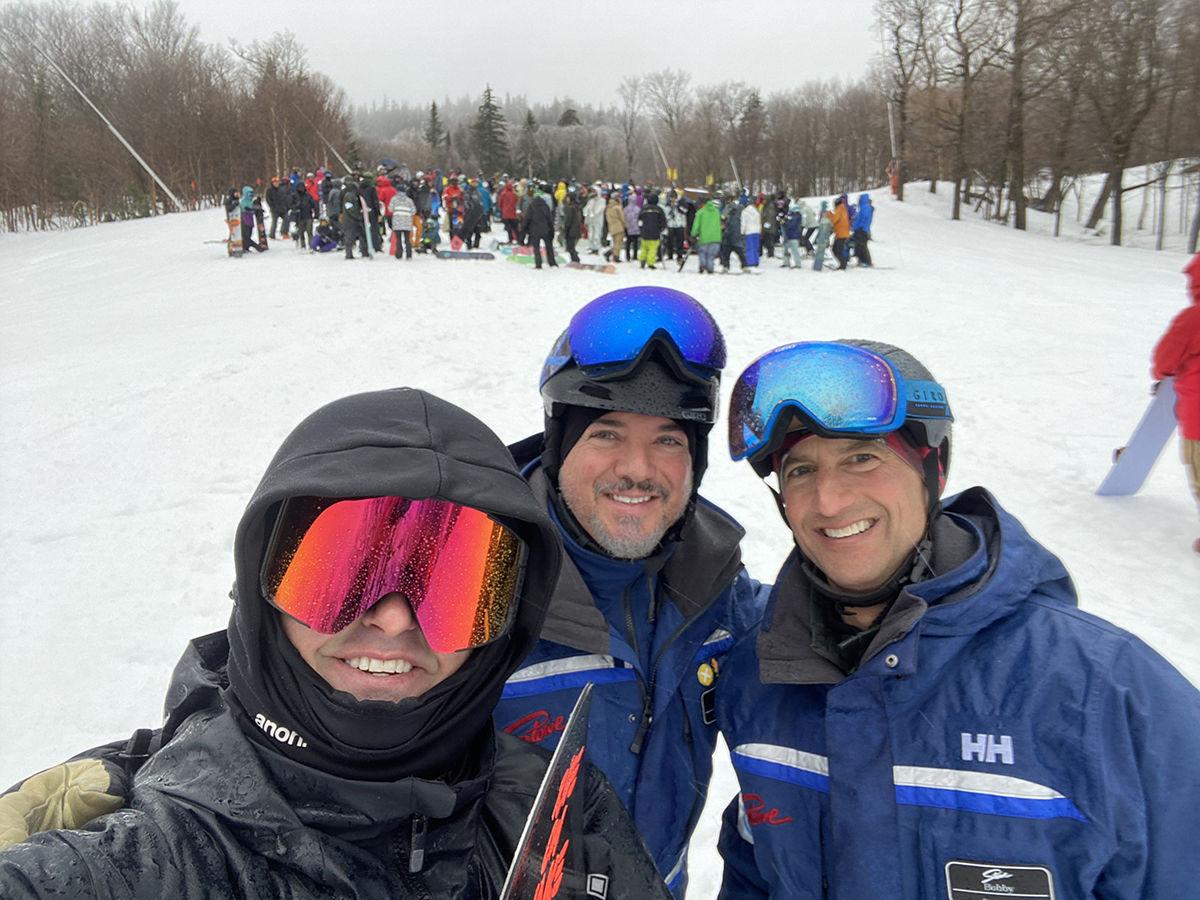 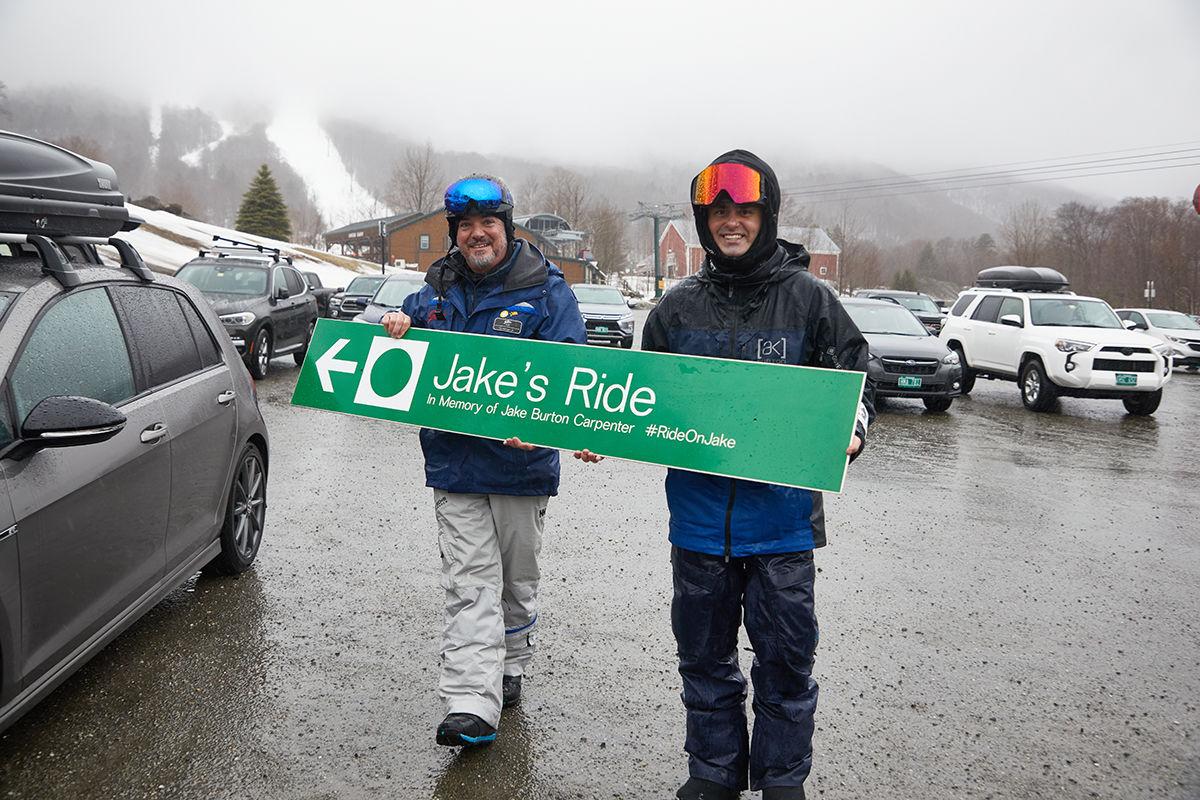 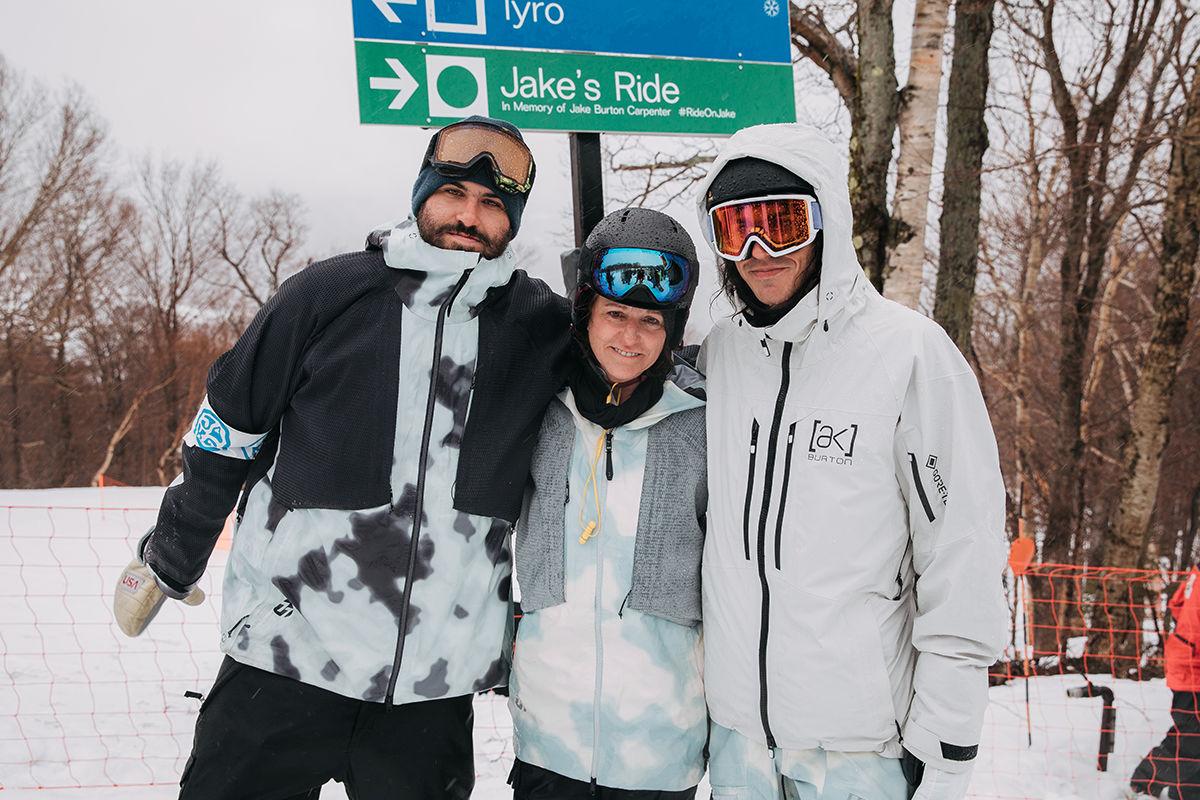 Donna Carpenter, Jake’s widow, and their sons Timmy and Taylor. 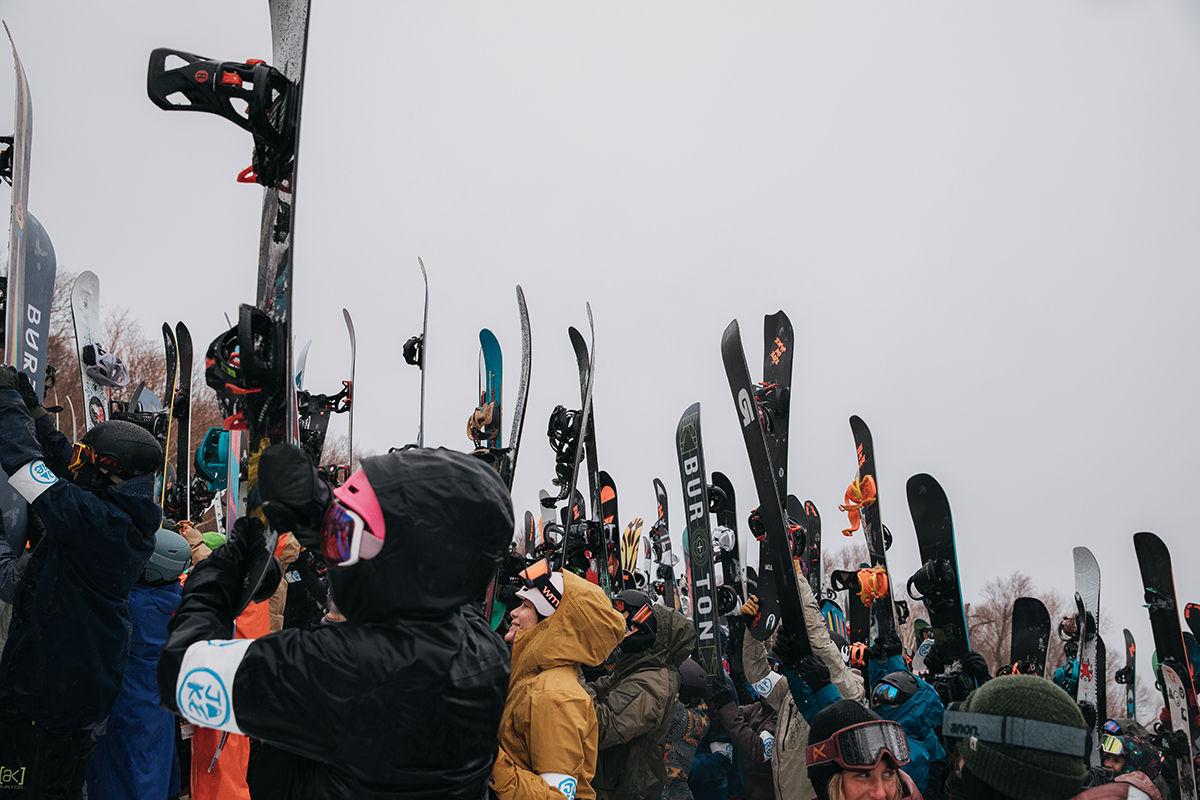 Donna Carpenter, Jake’s widow, speaks at the dedication; their sons Timmy and Taylor are behind her.

More than 100 people gather on a rainy day to honor the late Jake Burton Carpenter, as a Stowe Mountain Resort trail was dedicated in his honor.

Donna Carpenter, Jake’s widow, and their sons Timmy and Taylor.

Wind, rain and a pandemic didn’t stop more than 100 people from honoring the late Jake Burton Carpenter, as a trail was dedicated in his memory at Stowe Mountain Resort last Friday.

Carpenter, the founder of Burton Snowboards, died in November. He was a pioneer in snowboarding and a key player in bringing the sport into the mainstream.

Stowe’s easy riding green, Lullaby Lane, is now called Jake’s Ride, but that wasn’t the extent of the dedication.

In a collaborative effort involving resorts, snowboard companies and people close to Carpenter, a Day for Jake was born, a “snowboarding holiday,” according to Jeff Boliba, a vice president at Burton. The idea is to make March 13 an annual observance celebrating the sport.

A run to remember

As rain pelted helmets and goggles and wind shut down all but one lift on the mountain, more than 100 people gathered to celebrate the man and christen the newly named run.

“We had every challenge possible, with the coronavirus and the wind and pouring rain,” Boliba said. “It was really cool; we had a ton of people.”

Carpenter’s wife, Donna, and his sons Timmy and Taylor, plus a large contingent of Burton employees, were among the many who braved the weather.

“Someone like Jake, who often rode 100 days a year, you had to ride in all kinds of conditions. I think this was him making us kind of earn the day,” Boliba said.

Carpenter had talked to Donna about renaming that run before and, after he died, it was clear that that was the one to dedicate.

The run is an easy rider, with places a snowboarder could dip into the trees, mess around with side features and tap into some fresh stuff on a powder day when everything else was exhausted, and that why Carpenter like it, he said.

Boliba was responsible for coordinating the Day for Jake celebration with 13 resorts across the world, and it just happened to sit on the precipice between relative normalcy and a state of emergency. One day after they took that run, Gov. Phil Scott called for the end of all large gatherings and resorts stopped their lifts.

Still, “out of the 13 resorts, we were able to execute at nine of them,” Boliba said. “The fact we were able to have a trail dedication at Stowe and have a Day for Jake at Stratton on the same day was amazing.”