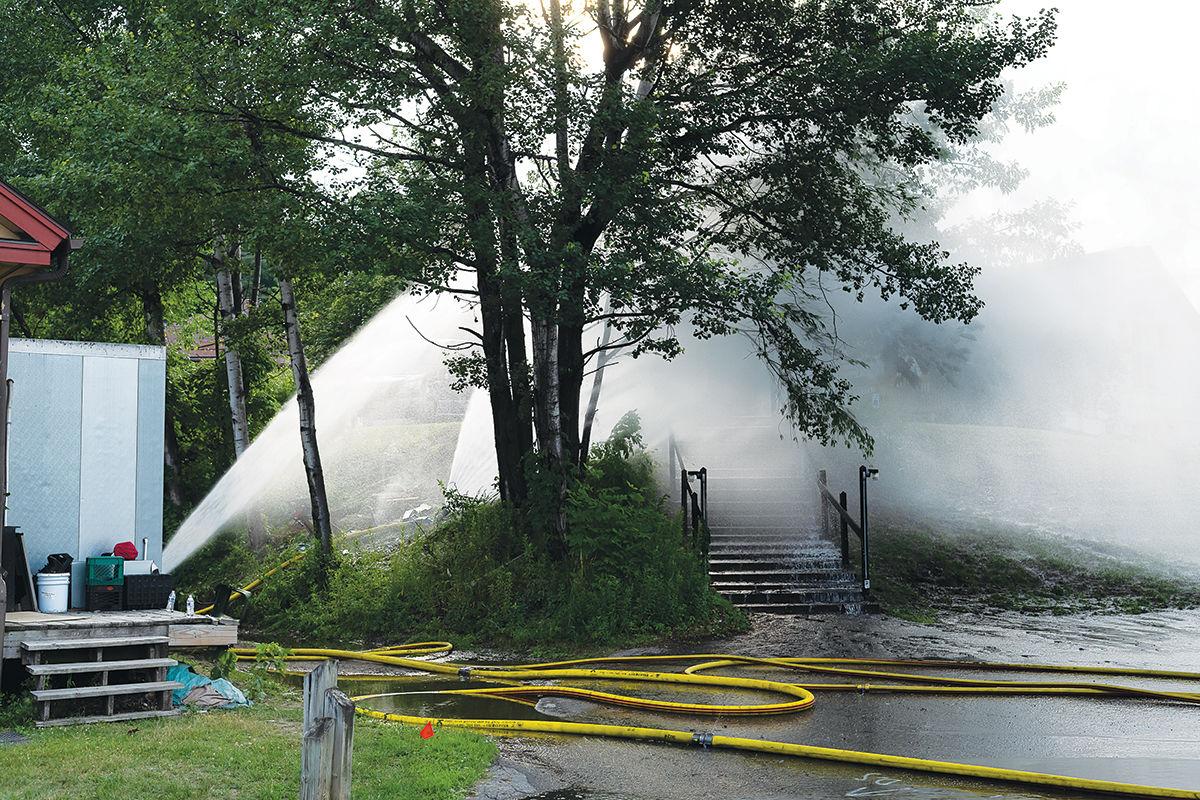 Stowe firefighters use water to disperse propane being pumped out of a cracked tank on Tuesday. A car rolled over a ledge and hit the buried tank, damaging it. 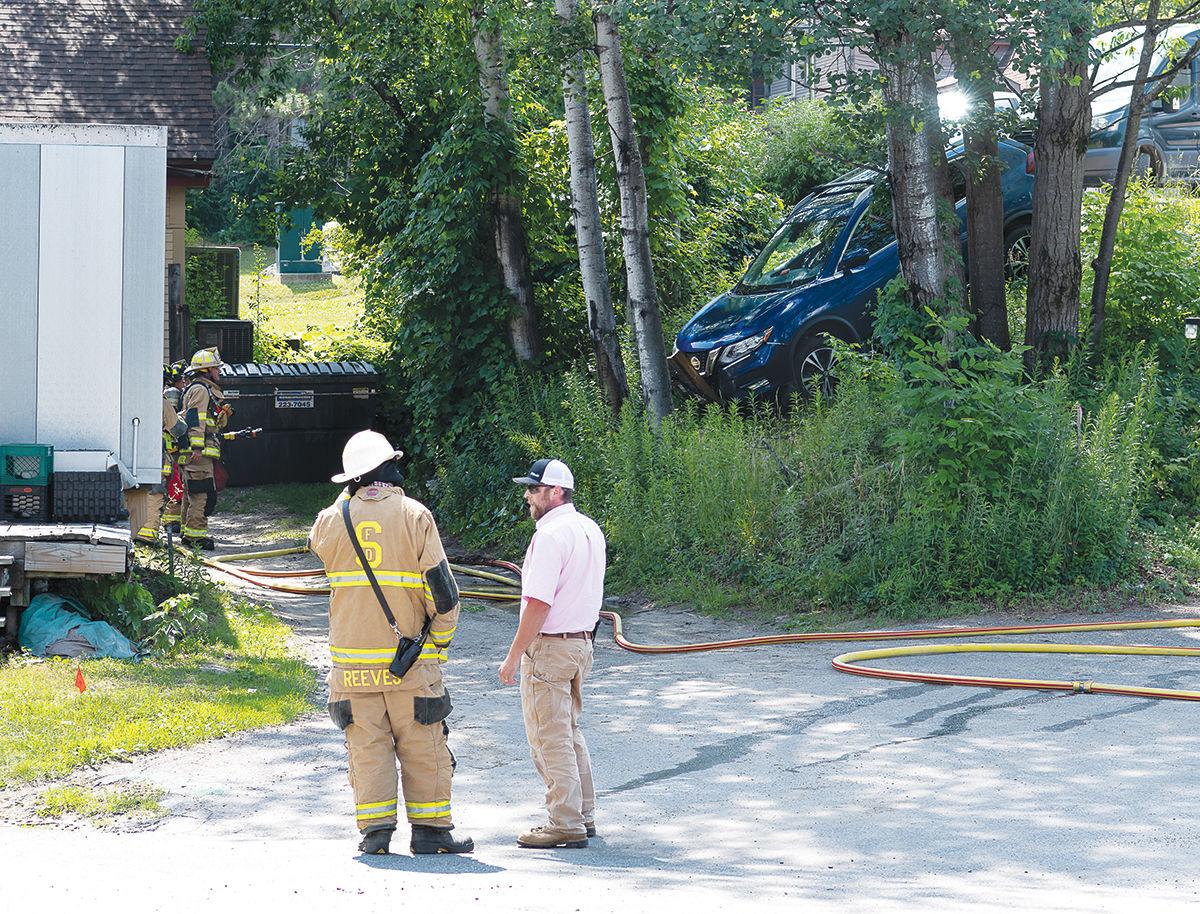 Stowe firefighters use water to disperse propane being pumped out of a cracked tank on Tuesday. A car rolled over a ledge and hit the buried tank, damaging it.

A large propane tank leaked hundreds of gallons of gas Tuesday after it cracked open when it was struck by a car.

At 2:18 p.m., police received a call that a vehicle had rolled off the parking lot at Stowe Hardware and Dry Goods, pitched over a ledge toward Stowe Seafood and The Bagel, and damaged a buried 1,000-gallon propane tank. No one was injured.

The blue Nissan crossover rolled off the parking lot just as the driver, a Stowe resident, stepped out of the vehicle. Police did not further identify the driver. The incident is under investigation.

Stowe police, fire and emergency medical services rushed up Mountain Road as the tank began to leak. Mountain Road was closed to through traffic from Main Street to Weeks Hill Road while officials dealt with the gas leak. Already disrupted by roadwork, the streets between Main Street and Thomas Lane became a parking lot in the afternoon heat.

Authorities evacuated employees and guests at the surrounding businesses and buildings. The foul smell of propane filled the air as the area was cordoned off and the tank was prepared for a controlled leak.

The Nissan was pulled back onto the hardware store’s parking lot. Fred’s Energy arrived to help firefighters safely manage the tank.

Water was pumped into the tank to force the liquid propane out, and firefighters sprayed water above the tank to disperse it. The gas could be seen leaving the tank as the jet of water flowed above.

Firefighters took shifts watching over the operation. In the sun, it was hard to stand in the parking lot in full protective gear without overheating.

Over six hours, the department pumped between 125,000 and 150,000 gallons of water to disperse the bulk of the gas as it billowed from the crack in the tank, said Kyle Walker, Stowe’s fire chief.