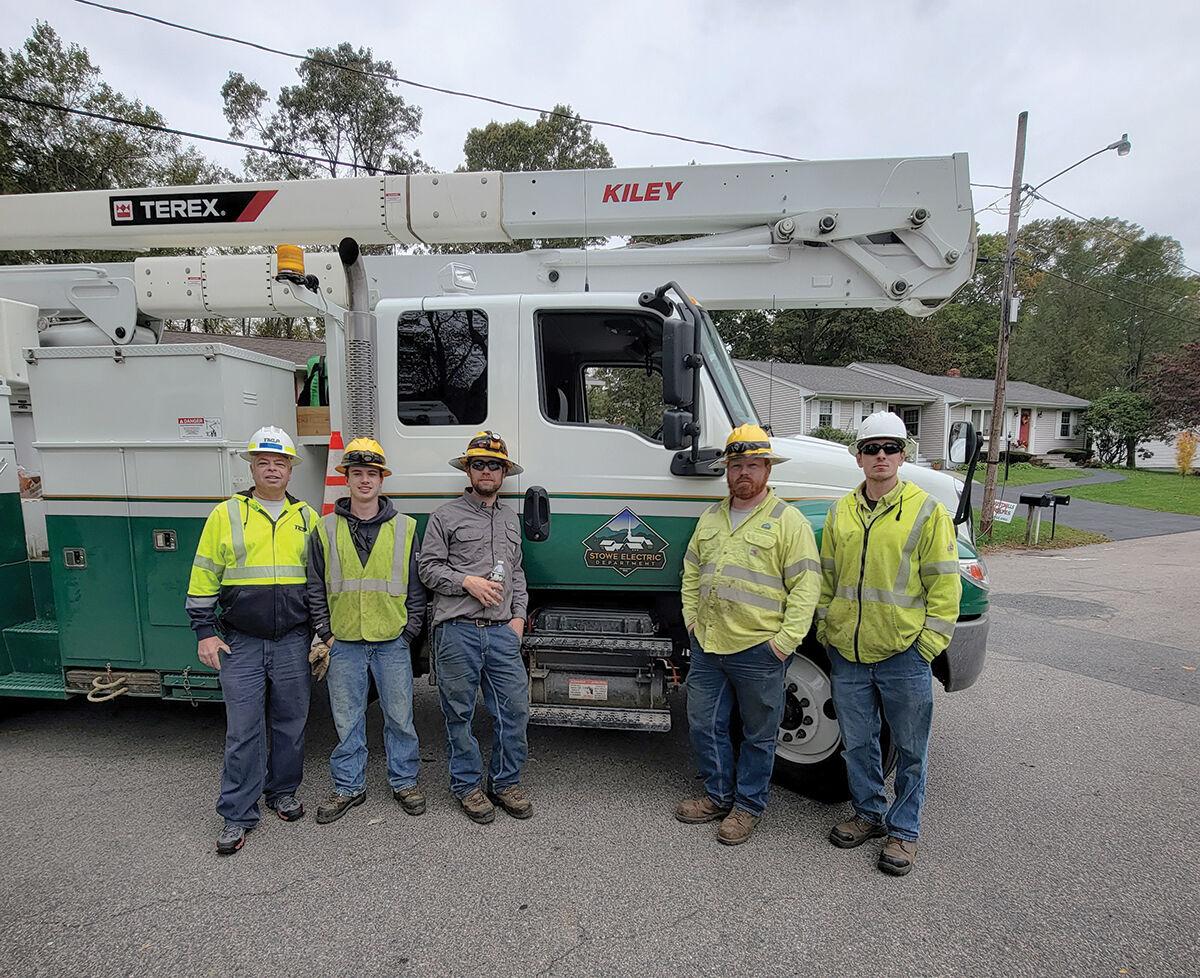 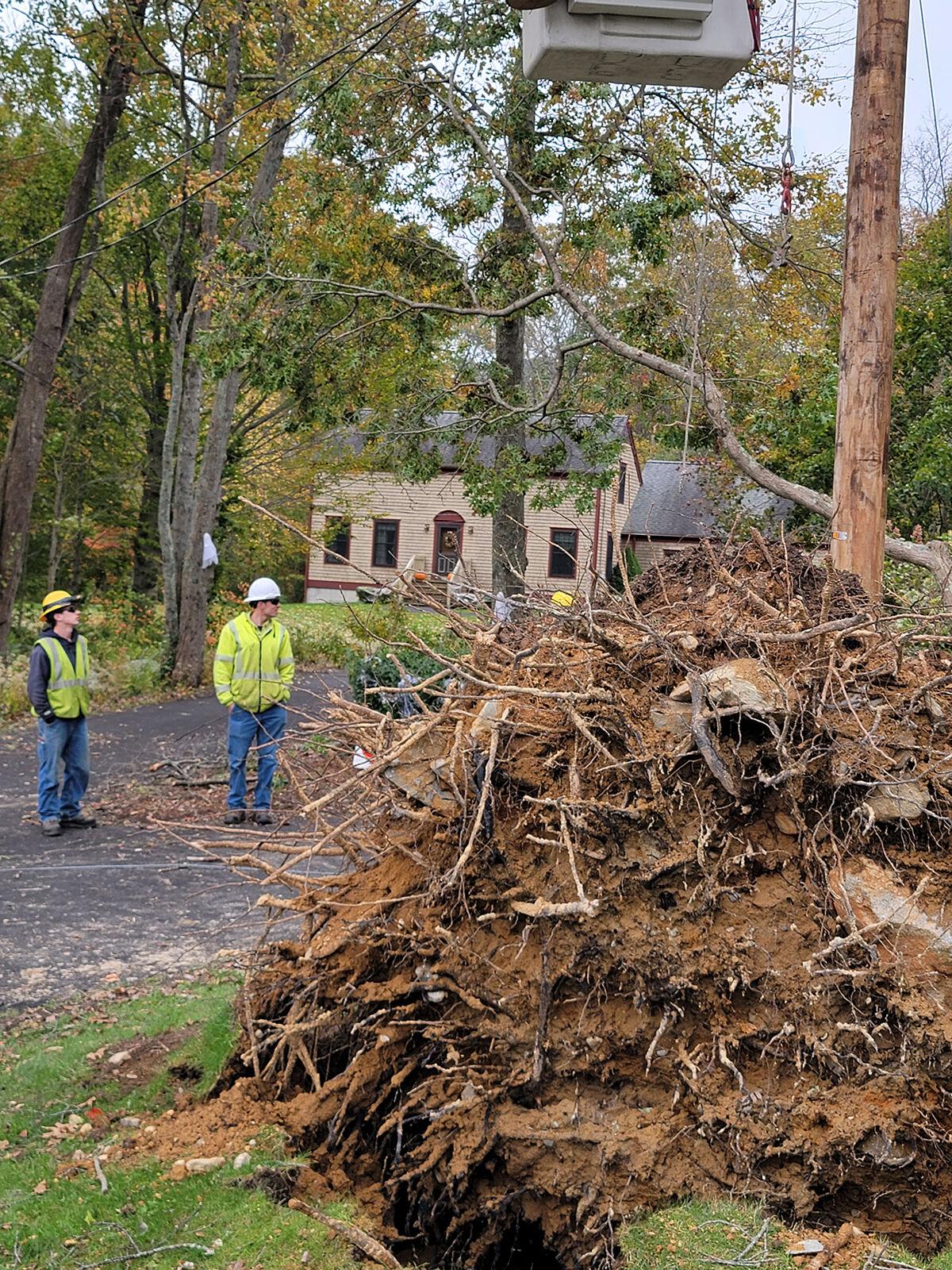 Kaelob Smith and Silas Power survey the damage from hurricane-force winds in Taunton while on a mutual aid call in late October. 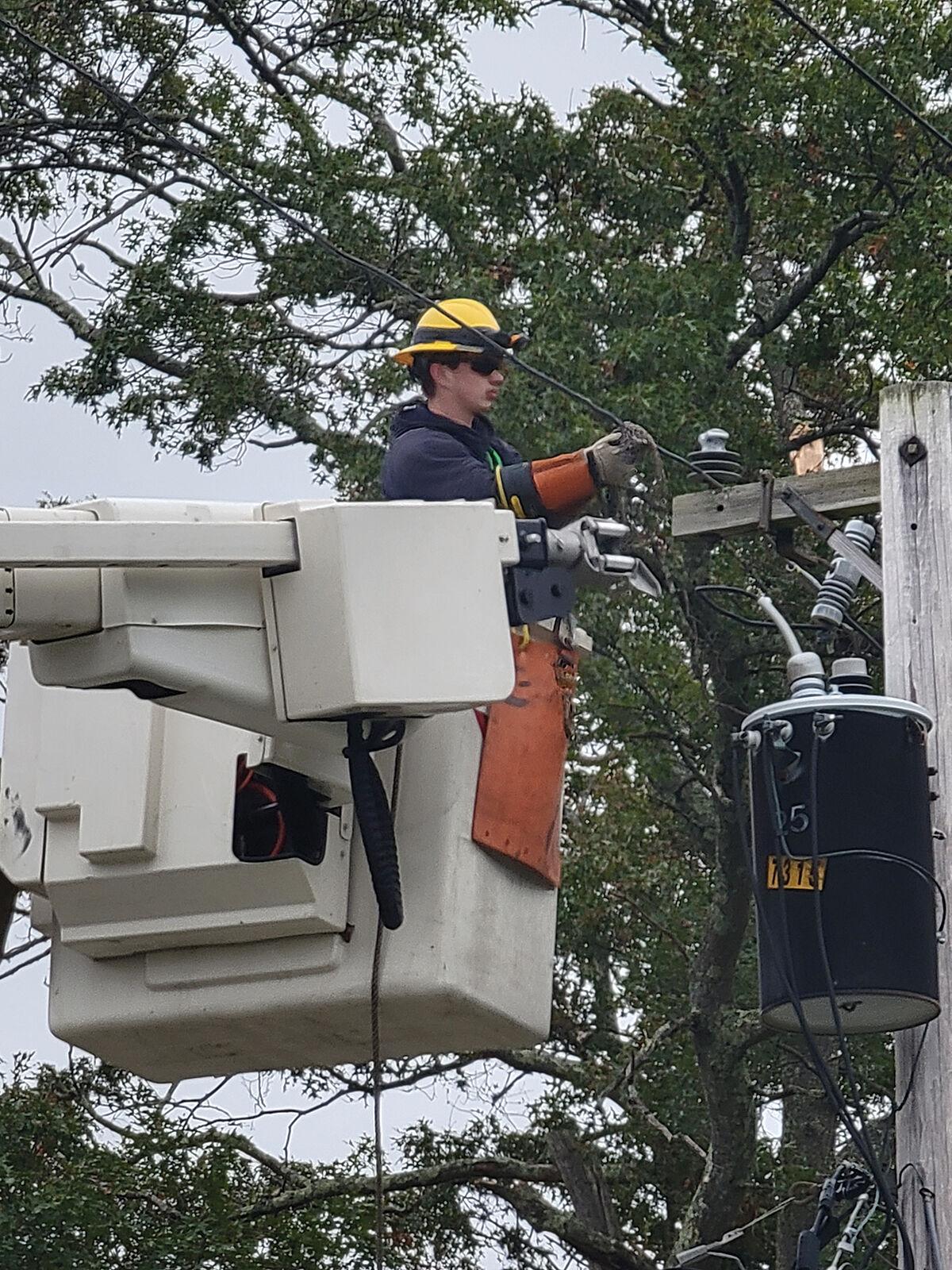 Kaelob Smith works on a getting the power restored.

Kaelob Smith and Silas Power survey the damage from hurricane-force winds in Taunton while on a mutual aid call in late October.

Kaelob Smith works on a getting the power restored.

When the Massachusetts’s town of Taunton put out the call for help after being struck by hurricane-force winds brought on by a nor’easter at the end of October, all the towns in New England’s mutual aid program for electric utilities were already tied up helping other hard-hit areas.

So, what did the general manager at Stowe Electric and mutual aid coordinator for Vermont do in response?

She sent her own electric crew, of course.

Four lineman and two bucket trucks headed to Taunton for a long weekend at the request of the town’s mayor to restore downed power lines and get utilities back on line.

“Our guys tend to be very, very good at what they do,” Ellen Burt said. “We’ve invested a lot of money in training. They’re all young guys that can work really hard.”

Taunton, a city of about 60,000 people just east of Providence, R.I., employs around 150 utility workers. But the Stowe lineman punch above their weight.

“They had 250 mobile homes, and they needed to restore their power, or they were going to have to house the people that are in the park,” Burt said. “My guys, they thought they would only be there a couple hours, but they ended up being there six hours through the night and they got everybody back on.”

“I worked directly with your crews, and they were absolutely awesome in all respects; courteous, respectful, friendly, conscientious and experts in their craft!” said Joe Fernandes, a principal electric engineer in Taunton. “Their work ethic is very similar to our linemen; willing to participate in any and all work needed to be done.

“We were dispatched to large areas with no power due to large trees falling in multiple locations. Every job we assigned to your crews were completed in half or almost half the time predicted. We had three large areas out of power and predicted it would take 8-9 hours to complete. Your crews were done in four hours.”

In the last 10 years, Stowe Electric has assisted in the aftermath of disasters across Vermont, New England and even the Virgin Islands. Burt took over as the state’s mutual aid coordinator just last year.

“We are extremely proud of our employees here at Stowe Electric and we’re happy to help in any way we can,” Burt said.