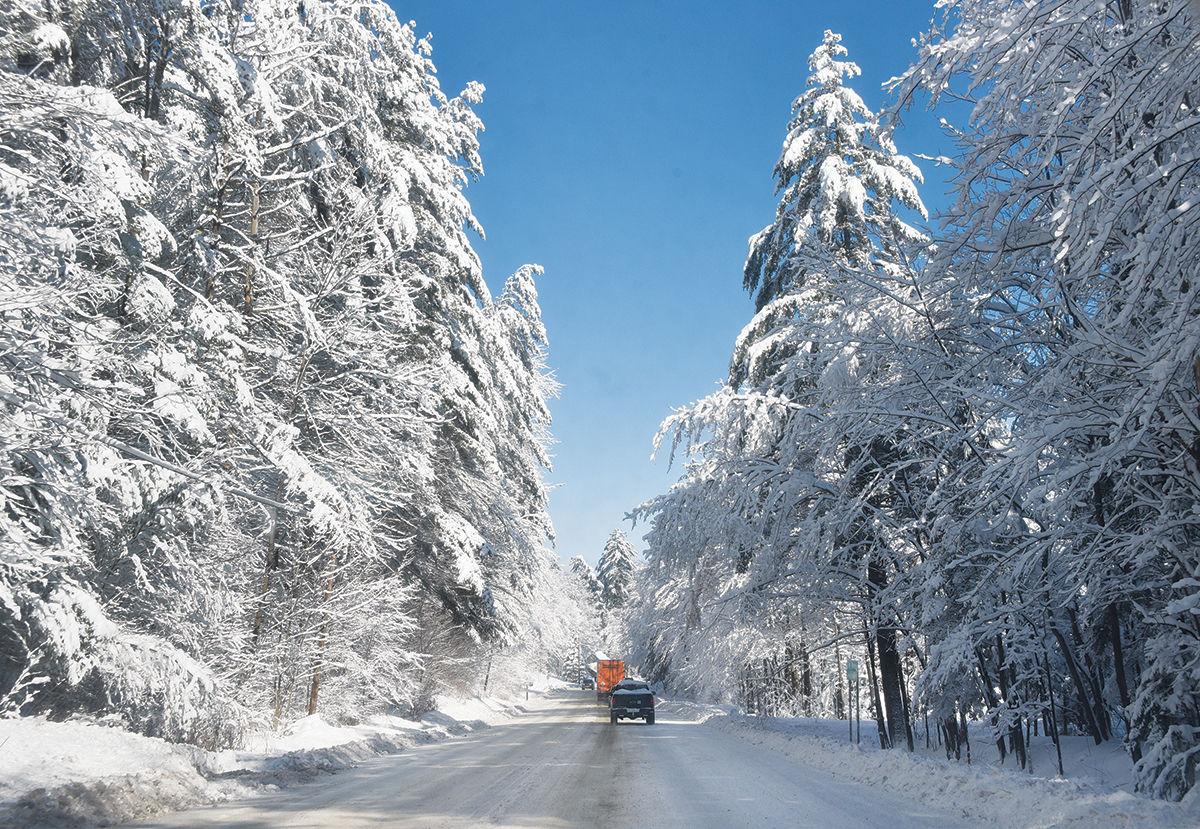 Heavy, sticky snow that fell Friday sure looked pretty afterward on the trees along Route 100, but it caused lots of problems in Stowe, with traffic backups and power outages. 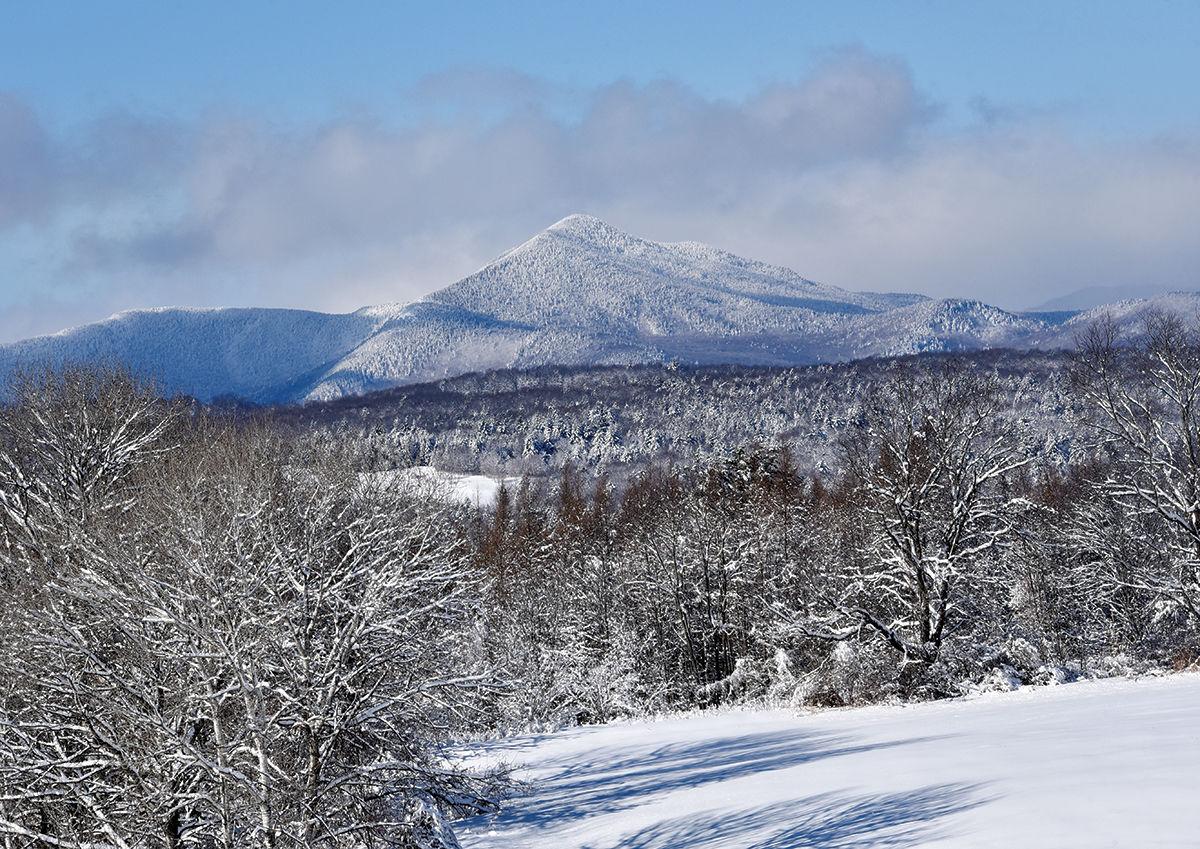 The snow ended, the skies cleared, and the fields and forests and mountains off Randolph Road took on a special light that just might help us last until May.

Heavy, sticky snow that fell Friday sure looked pretty afterward on the trees along Route 100, but it caused lots of problems in Stowe, with traffic backups and power outages.

The snow ended, the skies cleared, and the fields and forests and mountains off Randolph Road took on a special light that just might help us last until May.

A winter storm on Friday caused numerous crashes, closed down Mountain Road and knocked out electricity for hundreds of customers.

Early risers — heading to work or to the mountain — faced snow and freezing rain that began falling shortly after midnight, forcing drivers to either take it easy or end up in a ditch.

“We had a system come through, and the impressive thing was that we had snowfall rates of 2 to 3 inches an hour,” said Robert Haynes, a meteorologist with the National Weather Service in Burlington. “We also had some southernly winds providing some warm air that resulted in freezing rain.”

All told, the storm dumped between 16 and 20 inches of heavy, wet snow, which caused tree limbs to fall and power lines to snap beneath the weight.

Power was fully restored to all customers by 11:30 p.m., but the outages affected numerous businesses up and down Mountain Road.

“We lost power at both restaurants and we didn’t get it back on in time for the evening and had to close,” said Mark Frier, owner of the Bench and Tres Amigos.

At the latter location, the lack of electricity forced the cancellation of the Seth Yacovone Band’s scheduled gig on the Rusty Nail Stage.

“The equipment was on stage, microphones wired and in place,” Yacovone wrote in a Facebook message to his fans Friday night. “I even made it back from (an earlier show at) Nectar’s in time for our set but the power had been out for two hours at that point.”

“We’re going to try and reschedule the show,” Frier said. “Financially, it’s pretty brutal for the restaurant and the venue to be closed on a Friday night.”

Earlier in the day, drivers heading up Mountain Road faced treacherous conditions, resulting in no fewer than four multi-vehicle crashes — with no reported injuries — and numerous slide-offs. At one point, a tow truck had to move a bus that got stuck near Topnotch Resort, while a tour bus had to be towed out of the Northern Lights Lodge parking lot and onto Mountain Road.

In no way were crashes and slide-offs confined to Mountain Road, with incidents on Main, Park and Pucker streets; again, there were no reported injuries.

At 1:50 p.m., when the snowfall rate was at its heaviest, Stowe police closed Mountain Road between Notchbrook Road and Stowe Mountain Resort to allow a driver with the Agency of Transportation to plow and salt the road.

“We had an officer at the top of the hill and he told us that people were starting to get stuck and sliding,” said Stowe Police Chief Donald B. Hull. “The plow truck was just sitting there — he couldn’t get through, so we shut it down and the plow truck, he went up twice, made two passes on each side, and we opened it back up.”

In addition to snow, Agency of Transportation workers dealt with other hazards.

“We had a tree fall across the road, which blocked the road and added to the congestion, so the driver had to remove the tree,” said Kyle Carpenter, transportation area maintenance supervisor for the Agency of Transportation.

After the tree was removed in front of Blessed Sacrament Church, police reopened the road at about 2:15 p.m.

In addition to traffic control, Stowe police tried something new: Placing an electronic message board on Mountain Road at the intersection with Cottage Club Drive to alert drivers of the slick road conditions and urging them to use caution.

Later, Hull said, police changed the sign to tell drivers the parking lots at the resort were full and urging them to park in town and use the mountain shuttle service.

“We’re going to put it out this weekend and hopefully it’ll help to get the message out,” Hull said.

While no major snow is predicted in the next few days, expect an avalanche of cars for Presidents Day Weekend.

On Mondays and Saturdays, the Rev. Rick Swanson takes a break from his duties as rector of St. John’s in the Mountains Episcopal Church in Stowe.

Two Stowe police officers have been promoted to senior patrolman.

A winter storm on Friday caused numerous crashes, closed down Mountain Road and knocked out electricity for hundreds of customers.