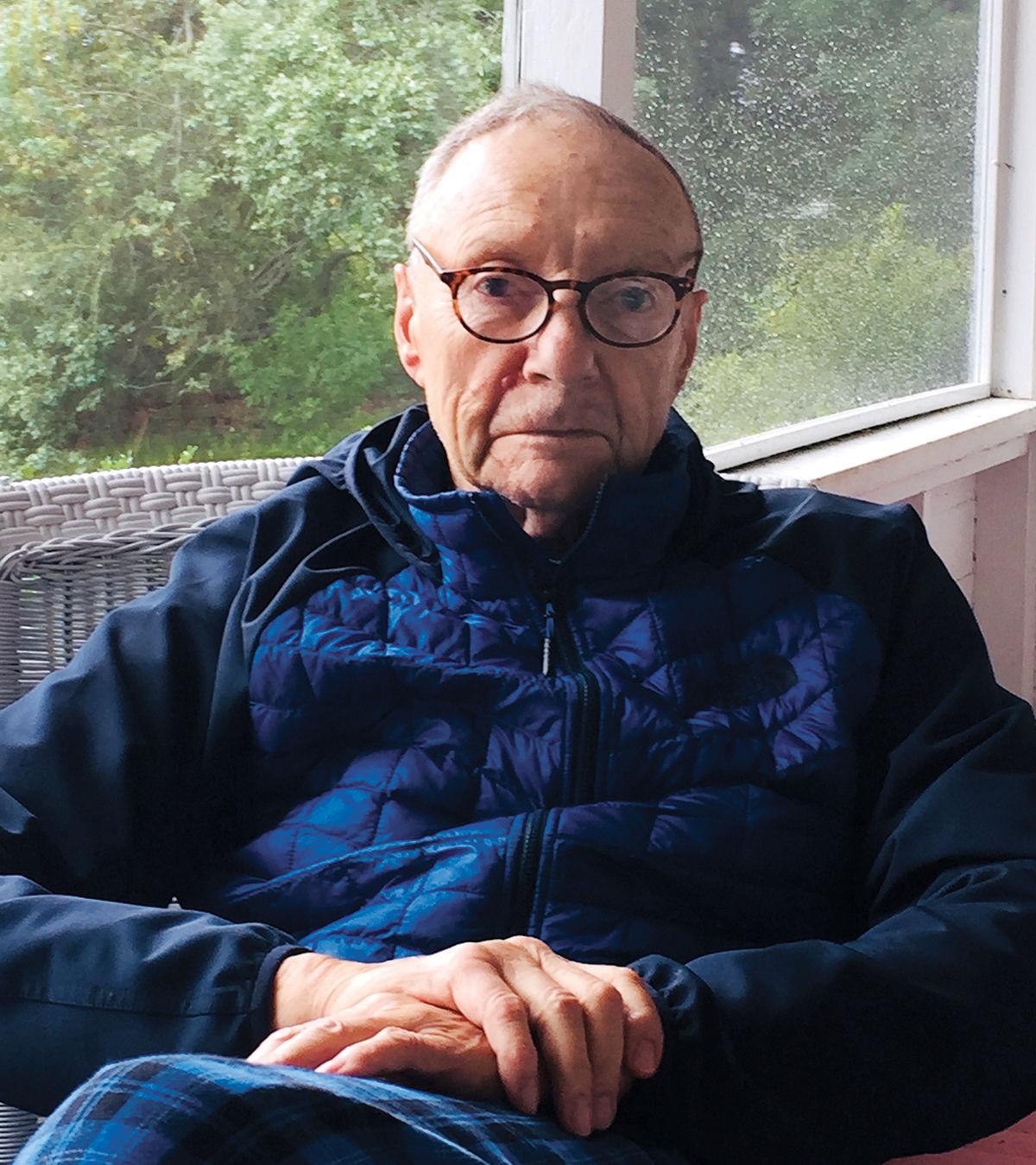 A memorial service for longtime Stowe lawyer David Stackpole, who died Feb. 16, will be held Saturday in Stowe. 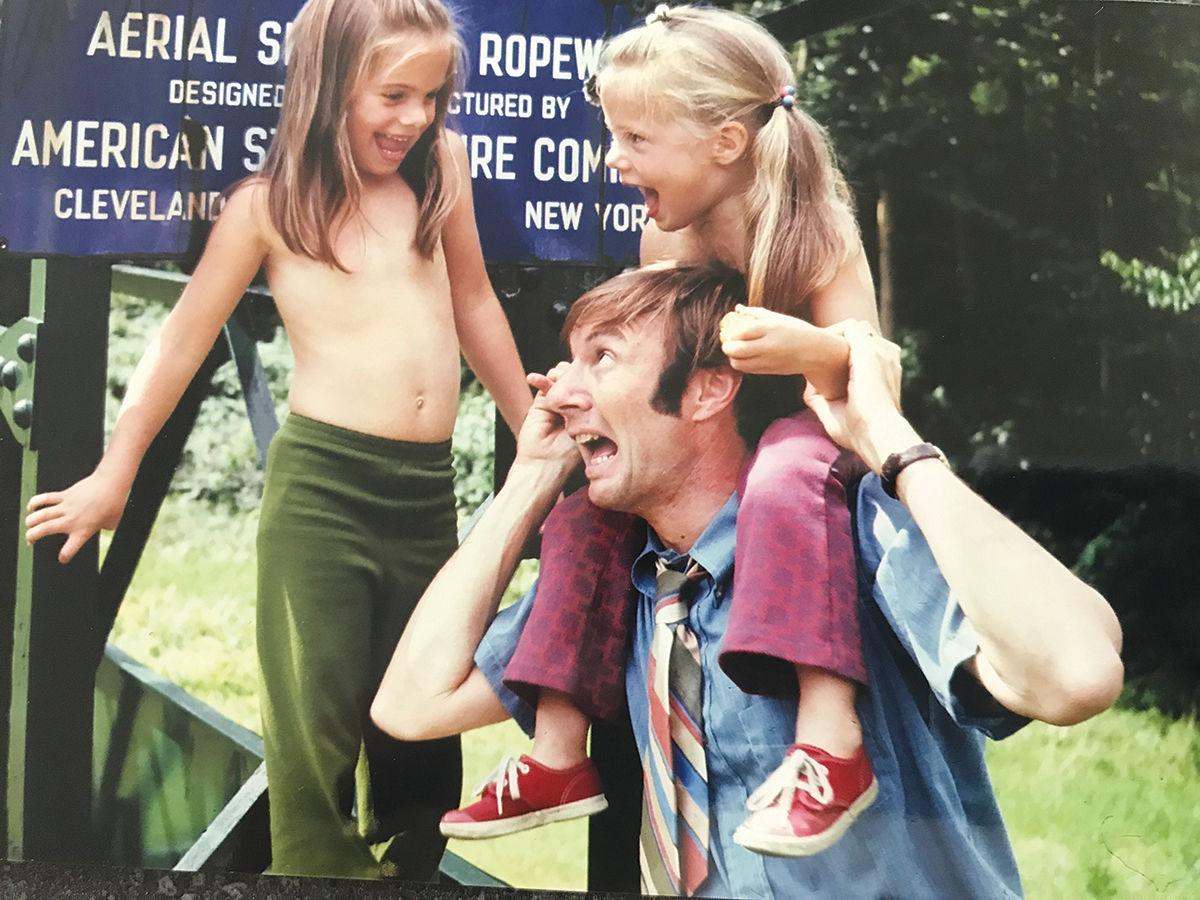 David Stackpole with his two daughters, Anna and Katie, in the 1970s during one of many adventures they enjoyed together. 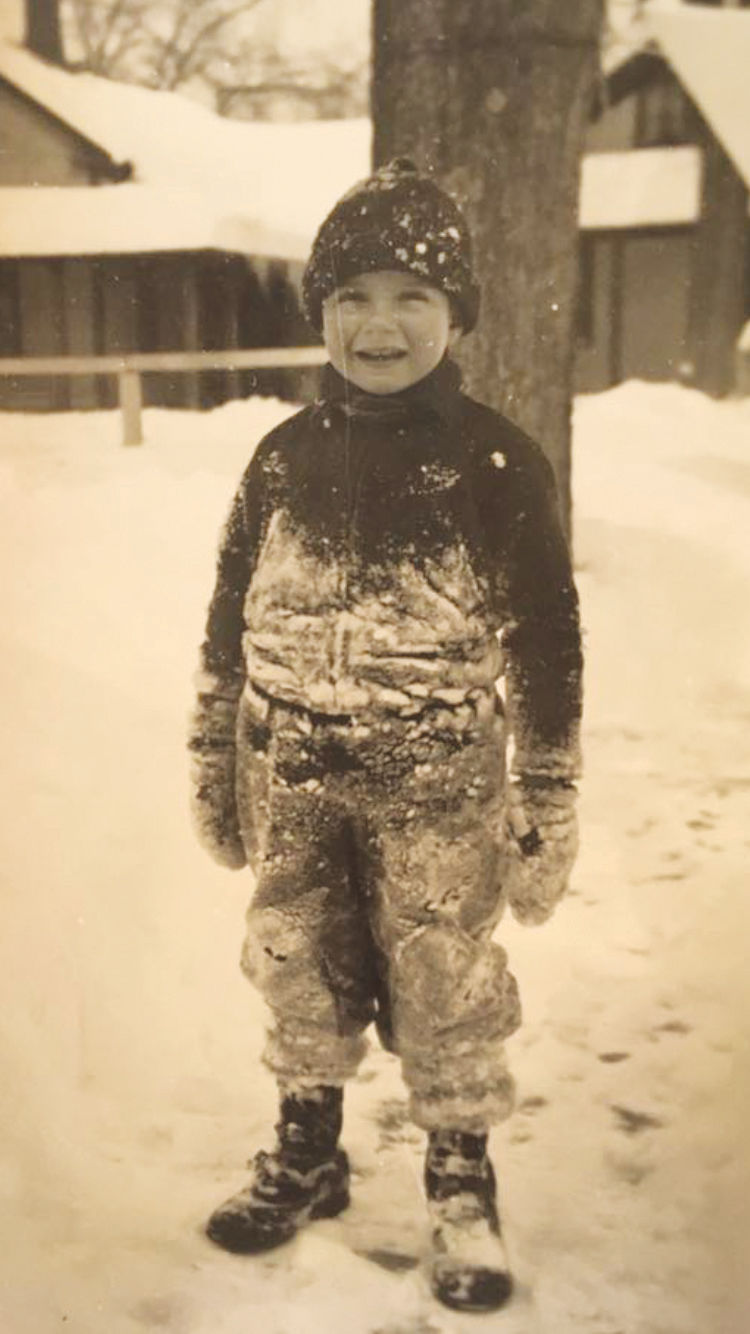 David Stackpole as a young boy in the 1930s.

A memorial service for longtime Stowe lawyer David Stackpole, who died Feb. 16, will be held Saturday in Stowe.

David Stackpole with his two daughters, Anna and Katie, in the 1970s during one of many adventures they enjoyed together.

David Stackpole as a young boy in the 1930s.

David Stackpole was the quintessential man about town.

The Stowe lawyer, longtime town moderator and social butterfly died Feb. 16, but according to those who knew him, his presence is still felt.

The March 14 memorial service for David Stackpole, who was Stowe’s town moderator for 20 years, has been postponed to June 27 at 1 p.m. at Stowe Community Church.

A memorial service for Stackpole is this Saturday at the Stowe Community Church, an iconic building fitting for an iconic man.

“There will be quite a sendoff Saturday,” former wife and friend-until-the-end Paige Savage said this week. “There’s quite a party planned.”

Born Oct. 19, 1933, Stackpole was a Lamoille County kid. He grew up in Johnson, graduated from Peoples Academy in Morrisville, and returned to the area after graduating from Cornell Law School.

Stackpole was also the Stowe town moderator for 18 years. Current moderator Leighton Detora said he first met Stackpole when Detora was bartending at The Whip in the early 1970s.

“I learned a lot about practicing law that you don’t pick up in law school,” Detora said. “I would find out that much of law, like much of life, is about human management.”

Stowe Rep. Heidi Scheuermann, who knew Stackpole from the Stowe Rotary Club, as well as just from around town, said, “David was a wonderful man with a warm heart and extremely generous spirit. What I will miss most, though, are his stories. David had an incredible gift for storytelling and I cherish the times I was fortunate to hear them.”

Lots of divorced couples may say that, but Savage said it’s quite true in her and Stackpole’s case, and they remained friends. Even when Savage moved to California for a spell, Stackpole would come and visit.

“And on the occasion I had a date, I’d set out an extra plate at the table for him,” she said.

Savage was married to Stackpole for about a decade, long enough for the couple to have their two daughters — Anna and Katie. And then they were separated for even longer than that, not bothering to get a divorce.

When they finally decided to formally dissolve their union, Savage said Stackpole told her, “Don’t bother to get an attorney. You can have whatever you want. He always gave me whatever I needed and whatever I wanted.”

As good of an ex-husband as he was, Savage said that paled in comparison to his goodness as both a father and grandfather.

“He was a miraculous father with them, and a great partner in bringing them up,” Savage said. “He raised two very strong-minded daughters who put him in his place more than once.”

“I made the cakes and bought the presents, and he sat and talked with them and took them on adventures,” Savage said.

Law partner Ed French worked with Stackpole for more than 40 years, until Stackpole’s retirement in 2015. He said Stackpole was a man of the people, and that guided their law practice.

“David and I always prided ourselves in practicing what he called the humanist school of law,” French said.

The future law partners were first introduced in the summer of 1977, when French was in law school and clerked under Stackpole and his then partner Tom Amidon. He said the two had very different styles, with Amidon being the ultra-organized one — he would go home and work around his impeccably landscaped home — while Stackpole, far more relaxed, would spend his weekends on the town, socializing.

“You couldn’t have found a more odd couple,” French said. Amidon died in 2017.

That humanist touch allowed Stackpole to see cases that others might not touch. For instance, French remembers one early case with his old partner working as legal representation for the Vermont Asbestos Group, which ran the still-visible mine on the side of Belvidere Mountain — it’s one of the few bum deals that Lamoille County businessman Howard Manosh ever got involved in.

French said he and Stackpole would go up to the mines once a week “and there would be a pile of lawsuits in the mailbox, covered in asbestos dust.”

One time, the firm represented the Stowe village electric department, when there was still a village, in a lawsuit against the Seabrook nuclear power plant in New Hampshire. The utility wanted to get out of its contract with Seabrook, but to do so they had to win eight lawsuits. They won them all.

“He was always sticking his nose in places you wouldn’t expect it,” French said.

As one of the few Stowe law firms back in the day, Stackpole and French played a big role in development in town, especially in the 1990s. He said the two would go home at night and when they got to the office there would be stacks of contracts for them to vet.

French said Stowe didn’t have a full-time law firm when Stackpole set up his private practice in 1964, four years before teaming up with Amidon. It’s hard to believe now, but French said when Stackpole asked a fellow lawyer whether he ought to hang a shingle in Stowe, the lawyer said to him, “Boy, do you want to eat?”

“The town would basically shut down in the summer,” French said.

Now, Stackpole and French has five law offices in the greater Lamoille County area. French said it’s something that made Stackpole proud, even though he’d retired before that expansion. One of the agreements before he retired was that his name would remain on the firm.

Savage said after Stackpole died, she received a note from a former client who told her that Stackpole had saved his trailer from foreclosure.

She said it’s not just his name that’s sticking around.

Remember when Savage said she’d put a plate out for Stackpole when he came to visit her in California? Even after he died, there was a place for him at the table.

Savage said she and Kate and Anna went out for lunch in Stowe soon after Stackpole died. They all sat at a four-top.