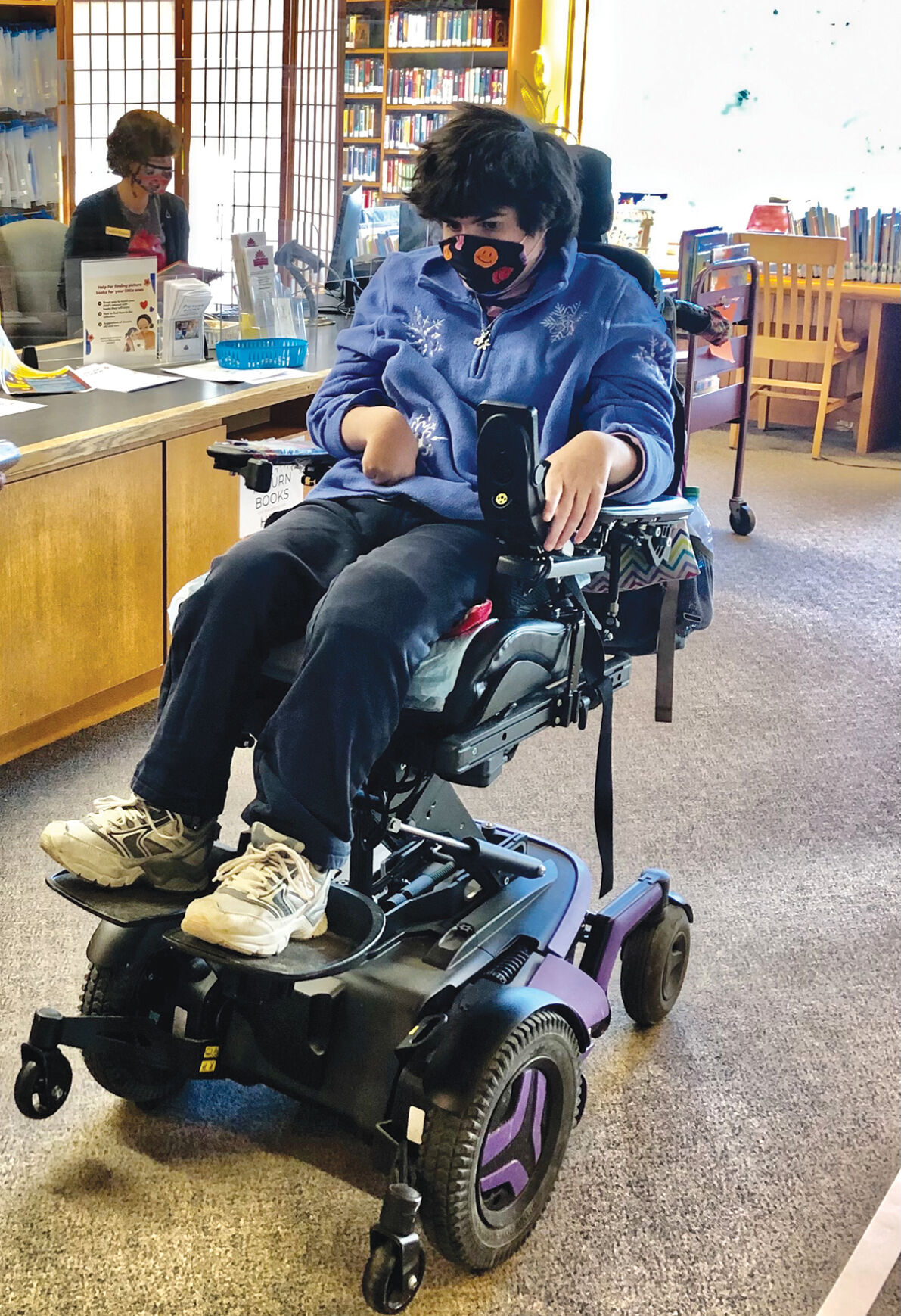 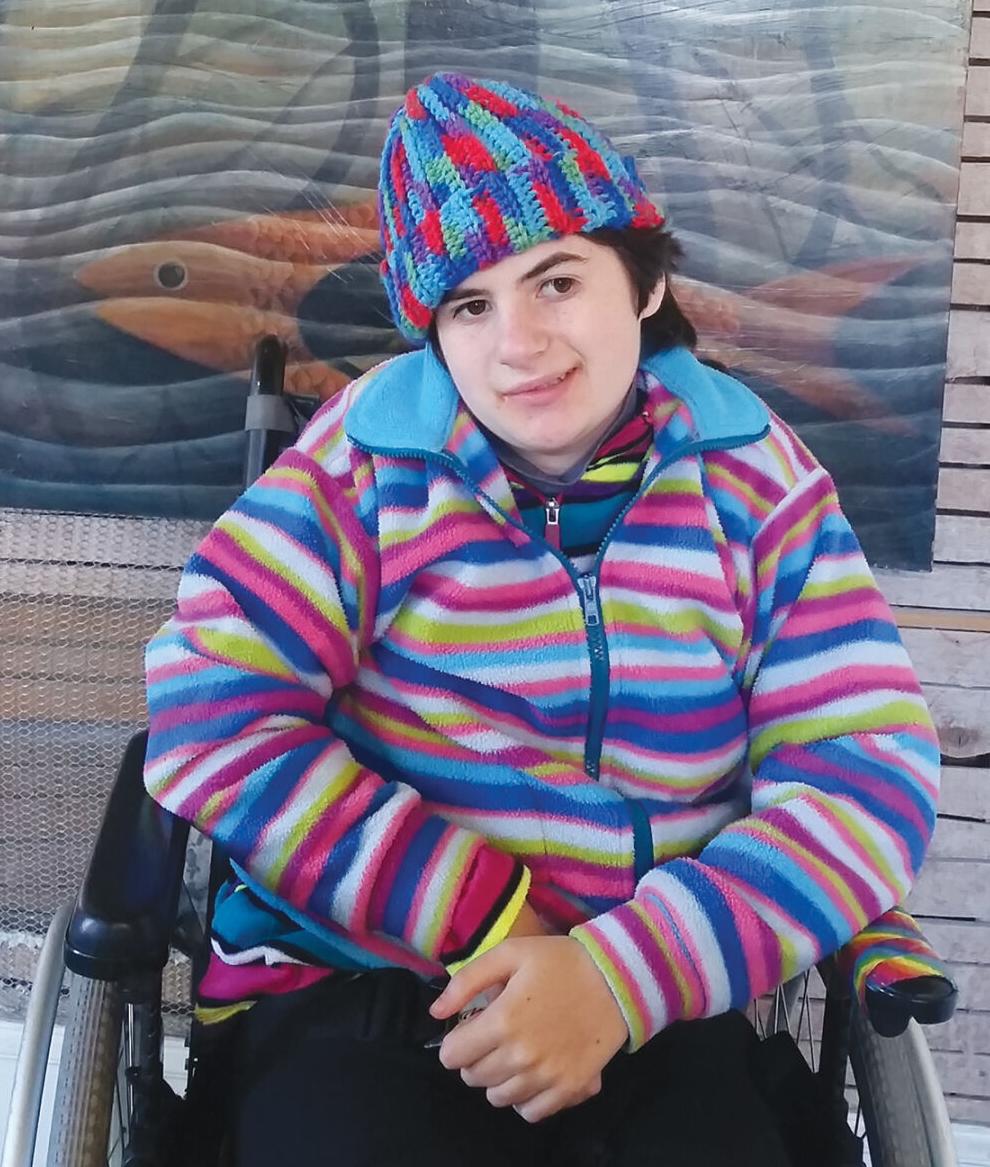 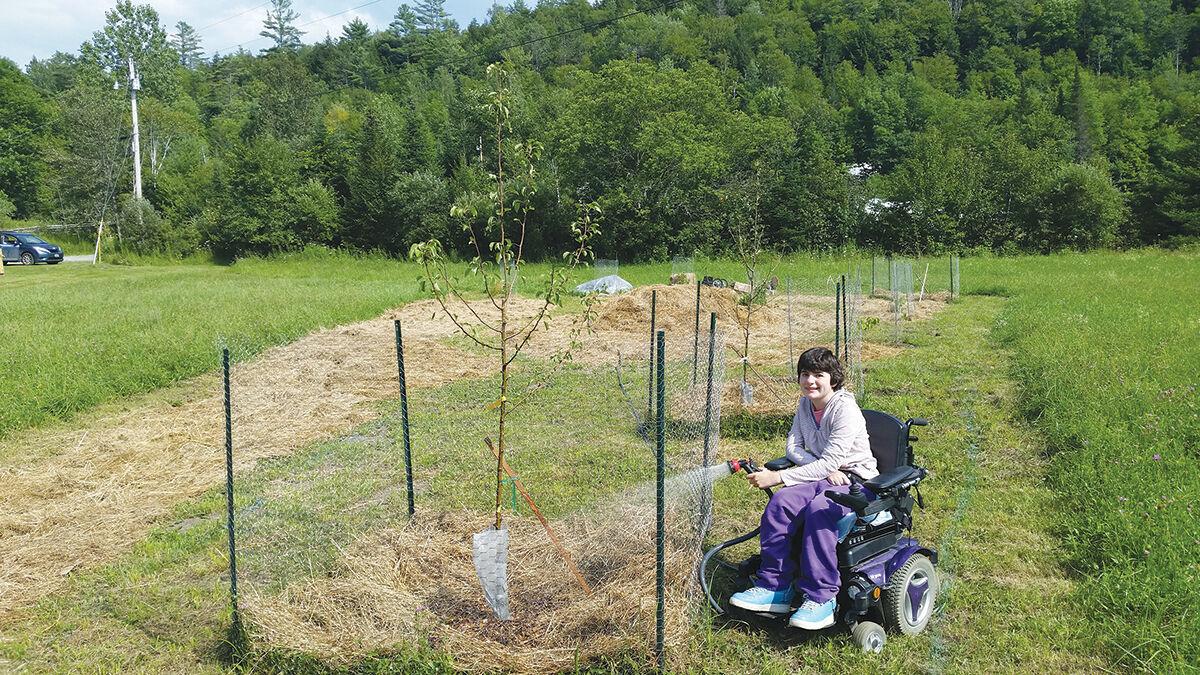 Georgia Reed is 22 years old now, the same number of years — to the week — that have passed since her mother, Pam Cole Connell, died in a car crash on Route 100 near the Stowe/Waterbury town line. Three-week-old Georgia was a passenger on her first outing from home.

That crash, just a couple of weeks into the new millennium, forever altered the infant’s life. The adult version of that baby now uses a high-tech power chair to zoom around Montpelier, particularly in and out of the Kellogg Hubbard Free Library, where she volunteers and is a familiar face garnering hellos and how-are-yous whenever she’s there.

Reed graduated from U-32 and then entered the school’s Transition Academy, which allowed for access to a specialized passenger van with a mechanized ramp so she can drive herself. Now, at 22, she’s aged out of the program, and the van, among other services, is no longer available.

A group of friends have launched a fundraiser at GoFundMe (gofundme.com/f/buygavan) to help Georgia’s adopted mom, Josie Reed, buy a wheelchair-accessible van. Launched a few days before Christmas, the initiative had raised $45,000 toward a $60,000 goal.

The power chair has a feature, a la something out of The Transformers, that allows Reed to stand while also in the chair, giving her more autonomy over her full but limited range of mobility.

“Some of the most fun I’ve seen her have is when she can move,” her grandmother Becky Reed said. “She loves to crank it up to the full capacity. She can lead and not have to follow. You give her that power chair and the controls and she’s off.”

Although Georgia has undergone 20 brain or spinal surgeries in the years following the January 2000 car crash that killed her biological mother, Josie Reed said she was able to walk on her own until about age 12.

She does have a walker that she can use with help from a therapist or family member — as seen in a video on the GoFundMe page, where Reed walks down the aisle at her U-32 graduation, dressed in her blue gown and cap with the entire gymnasium giving her a standing ovation the entire way, staff and teachers fist-bumping her all along the way.

Reed is largely paralyzed on one side of her body, and the power chair means more than just being able to get around using her hand to control a sort of joystick — and she can go fast, too, as seen in the video and expressed by a caregiver who said she would have to sprint to keep up when Reed felt the need for speed.

Pam Connell’s and her daughter’s names have frequently come up whenever people in Stowe talk about crashes that have occurred on Route 100 on the south side of town, often in conversations about lowering the speed limit through that stretch or improving the intersection at busy Moscow Road.

People also remember her father, John Connell, who remarried five years after Pam’s death, to Josie. The three moved to Maple Corners in Calais, but John suddenly died a decade ago in a sailing accident when his daughter was 12 years old, around the same time she began to lose her ability to walk on her own.

The chair represents freedom, said her physical therapist, Sarah Pashby. She can interact with people and make eye contact when she is “controlling her own space,” a far cry from what someone being pushed around in a chair experience.

“She’s this amazing lively person when given the tools she needs. It’s a postural change, a cognitive change, an emotional change. It’s a big deal,” Pashby said. “For someone who has limits in speech communication, to depend on someone else to move you in every aspect of your life, and then to see that ability to do it yourself, is pretty incredible. Mobility is a human right. It’s not just getting from Point A to Point B. We find ways. We’re resilient. We make it work. But the ability to give that control back to another human being is huge.”

The fundraiser for Georgia Reed’s wheelchair accessible van is at gofundme.com/f/buygavan.