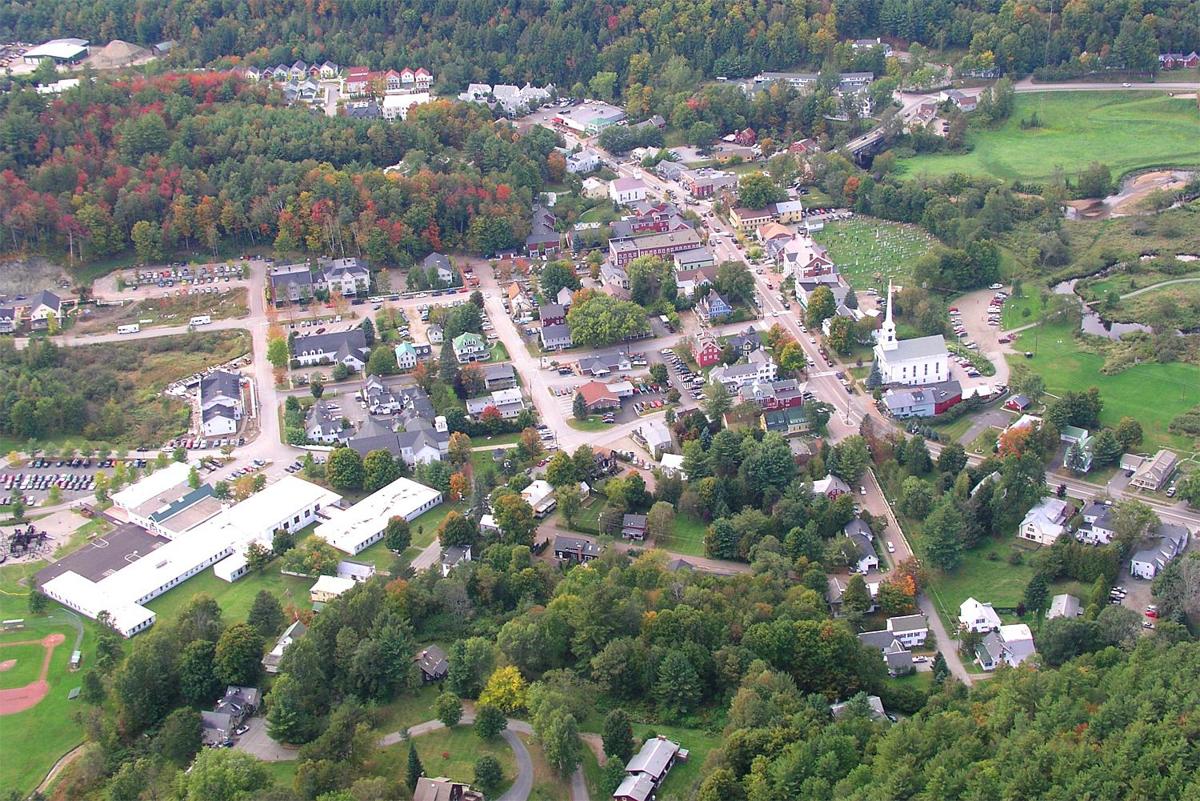 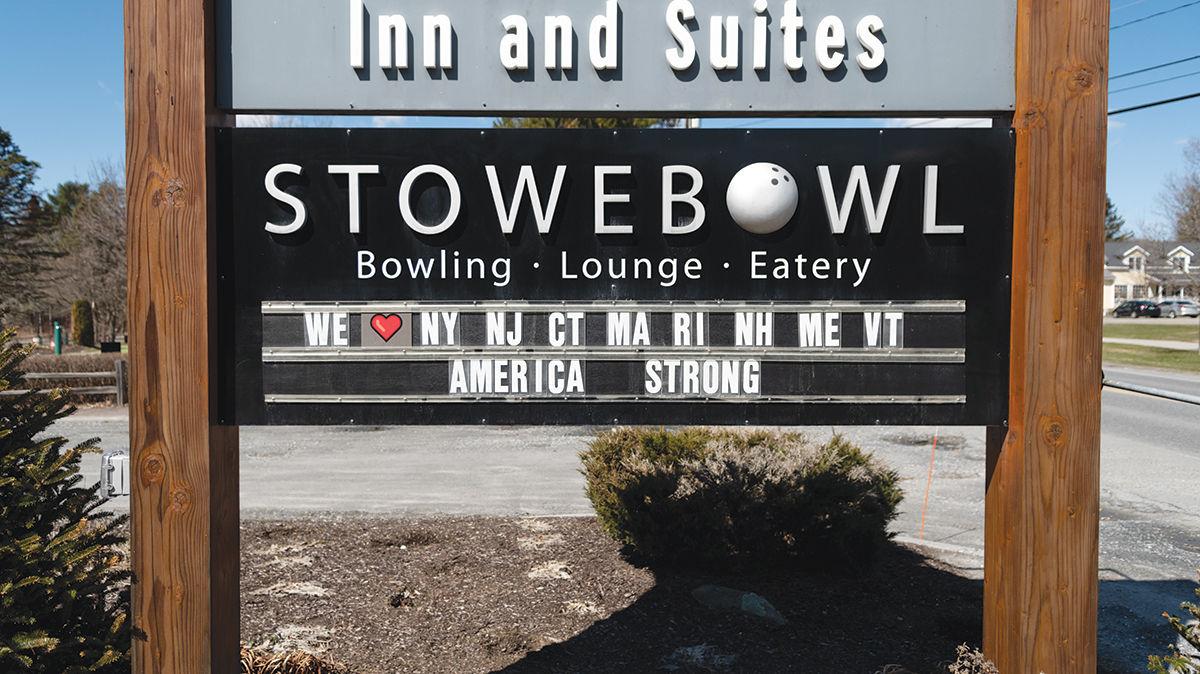 Stowe welcomes people from all over says a sign in town.

Stowe welcomes people from all over says a sign in town.

In this time of stay-home orders, there’s been a national debate about whether city dwellers should be allowed to head for rural areas to ride out the coronavirus crisis.

In Stowe, the issue is particularly relevant because about two-thirds of the town’s residential properties are second homes.

As the virus crisis erupted, some Stowe residents took to social media to berate second-home owners who were coming to town for a stay.

That drew sharp responses from local residents, town officials and visitors themselves, pointing out the financial and cultural benefits second-home owners bring to Stowe.

Vermont Gov. Phil Scott has ordered a shutdown of all lodging facilities, including Airbnb and other temporary rental properties, unless essential personnel are being housed there. He has asked any travelers from out of state go directly to their Vermont destinations and isolate for two weeks, and Vermont State Police have taken up stations at the state’s borders to stress that message.

Some states have gone even further. Rhode Island Delaware, for instance, set up National Guard and state police checkpoints at high-traffic areas, asking questions of travelers.

The tricky part with Stowe is that many out-of-state people are coming to their homes here. Second homes, yes, but their homes.

“In Stowe, we have 3,833 taxable properties. Out of those, 3,304 are residential properties,” said Tim Morrissey, the town appraiser. “Out of those, 1,130 file homestead declarations,” which means they are primary residences.

That leaves 2,174 second homes in Stowe, about two-thirds of the total.

Stowe also has the fourth-highest total of property value in the state — about $2.3 billion — and Morrissey said second-home owners pay a higher tax rate than year-round residents.

That didn’t stop some commenters from chastising Airbnb owners for marketing to people seeking a sanctuary from the virus, or calling visitors refugees. Some said rich second-home owners would likely cut the lines at medical centers when they needed help, leaving poor Vermonters to die.

Responses pointed out that the property taxes paid by second-home owners allow Stowe to have excellent schools, an ice rink and many public services. It would be a far different community without them.

“People are here and they have second homes. They are part of this community,” said Charles Safford, town manager. “This is not ‘I have more rights than this person,’ or ‘I belong here and this person doesn’t.’”

He said that the governor’s decision to shut down nonessential temporary lodging doesn’t mean people should shun those who don’t live in Vermont all year.

If tourists come to Stowe, “we might not be able to accommodate that, but if you are here, you are a part of our community,” Safford said. “We need to make sure everyone is supportive, and we keep a positive tone.”

“There’s been this ‘us versus them’ mentality, and there’s no place for that here,” he said. “Your neighbor is your neighbor, regardless of your license plate color.”

In a post of his own, Walker called for an end to xenophobic rhetoric. “It is absolutely vital that we stop the division and vigilantism. There has been a lot of discussion of us versus them. There is absolutely no place for that during these trying times,” he said.

But part-time residents have to follow the same virus rules as permanent residents, town officials said.

“As Chief Walker indicated, it may be best that everyone stay in place that are in place at this point,” Safford said. The less transit, the better, because it’s people who spread the virus.

“Right now, we are at: Stay at home, stay safe and only go out for essential services,” Safford said.

So far, Lamoille County has about 20 confirmed coronavirus cases and one death.

Safford stressed that the way the people of Stowe act now will affect the community’s future.

“The community needs to reflect on this. What we do now will carry over to the community we are after the pandemic. That’s counterproductive to what we need to do to get through this,” he said.

“If we can remind ourselves that we’re a community, we’ll actually come out of this stronger.”

Taylor and Caroline Miller arrived at the Moss Glen Falls trailhead around 1:30 p.m. on Saturday, March 28, a beautiful sunny day. With them was their dog Cash, a graying, rambunctious pug. There was no indication they weren’t from Vermont, aside from an out-of-state plate on their Jeep Wrangler, one of 10 cars parked there.

The Millers have been in Vermont for a month now, staying at Topnotch Resort and then renting an Airbnb in town since March 5. The couple came from the Chelsea section of Manhattan, where they have an apartment.

They decided to get out of town when things got crazy.

“I was just walking home from the dog park and saw this huge line around the park with police barricades. Police were controlling people because they were rushing to get groceries and it became a security issue,” Caroline said.

“When people were starting to get crazy over groceries, it was time to make a decision,” Taylor said.

Taylor is originally from Minnesota, but has been coming to Stowe with a friend who owns a home in town for over a decade. He decided to come to Vermont because it’s only a few hours from New York, and the couple plans to return to the city once things settle down.

“I couldn’t imagine being stuck in our thousand-something-square-foot apartment, not being able to walk him,” Taylor said of the dog. “At least up here we can practice a reasonable amount of social distancing but be outside.”

Since Scott declared a state of emergency, they’ve gone out only for walks and essential errands, he said.

Taylor was aware that some locals were upset with people from out of state traveling to Stowe. He doesn’t think the sentiment would be any different where he grew up.

“I understand the angst and anxiety that it creates with this mass exodus of people. And I get it. It ultimately comes down to everybody making a conscious effort to protect themselves and the people around them.” he said. “I grew up in Minnesota in a relatively small town; it would be no different there then it is here. You know, ‘the city folk are coming in’ and I get it. At the same time, I think there is an understanding that we're all in it together. We all have to kind of look at look after each other. We're happy to be here.”

‘Where the line is’

Shawn Pandit and his son Joey were at the base parking lot of Stowe Mountain Resort an hour later, getting their gear ready to hike up the mountain. That was before the resort prohibited all uphill access, and the parking lot was packed.

The Pandits are from Milton, Mass., a Boston suburb, and came up to their Stowe home March 25.

“It’s weird. I felt like I wasn’t supposed to come up here,” Shawn Pandit said. “My brother-in-law made up a story that they put up a blockade at Exit 10.”

His younger son and wife are still in Milton, but Pandit and Joey felt compelled to come to Vermont. They just finished a two-week quarantine.

“I started thinking, if we just go from our house to our own house (in Stowe) and mind our own business, I don’t know how that hurts anybody,” Pandit said.

They’ve owned a home on Pleasant Street in Stowe for two years, and took precautions to avoid spreading the virus to their auxiliary community.

“Gas was filled, we’re not going into any stores, we have our own food,” Pandit said. Even with all that preparation, he was still uneasy about the decision. “I felt like we were definitely not following the rules. …

“I totally get it. I get that risk and we are that risk, if it’s not done right. I think you can be careful,” Pandit said. “I’m trying to respect that isolation but find a balance.”

Pandit wasn’t sure whether the people in town would think the same way.

“I said to Joey, maybe we should park our car in the garage so they don’t see our Massachusetts plates,” Pandit said. His son dismissed the idea, but still, Pandit said, “You don’t know where the line is between caution and xenophobia.”

Pinnacle Ski and Sports in Stowe has collected and donated about 450 pairs of ski goggles that doctors and nurses can use as they treat patients with the COVID-19 virus.