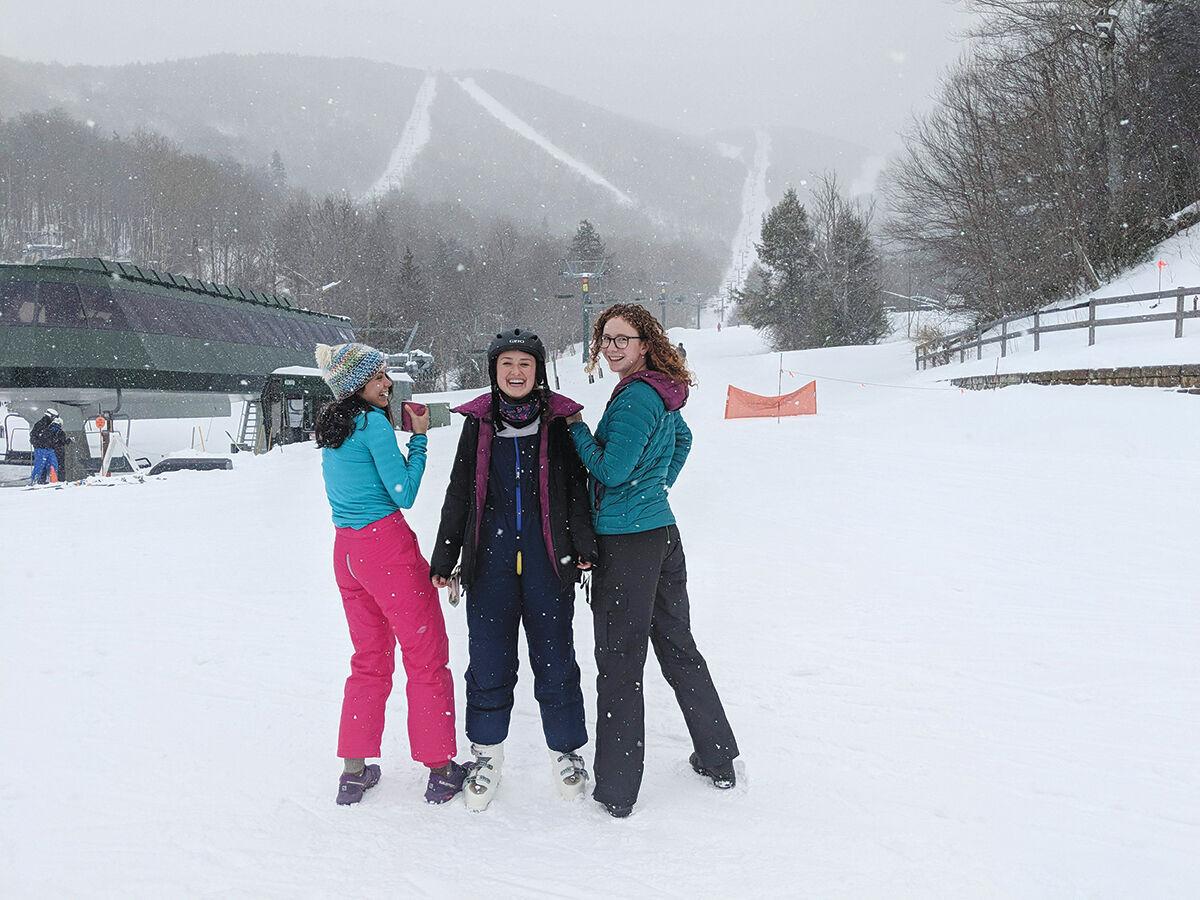 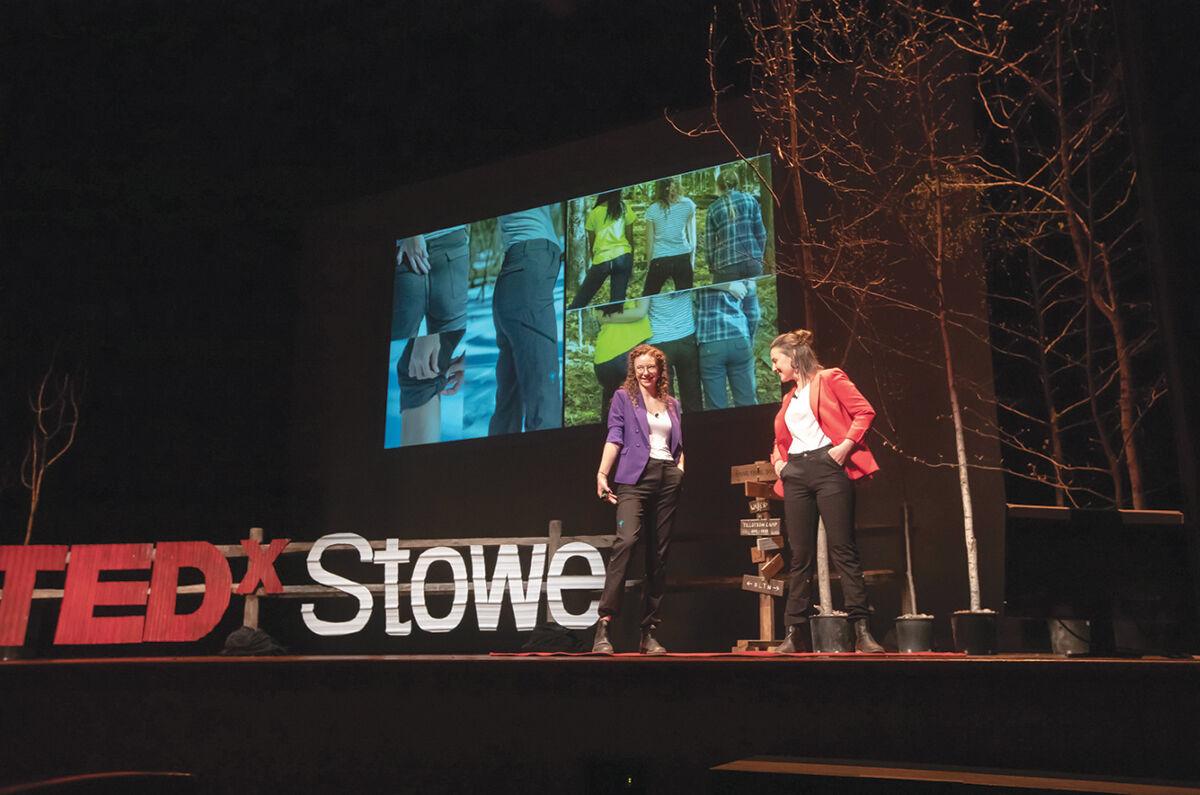 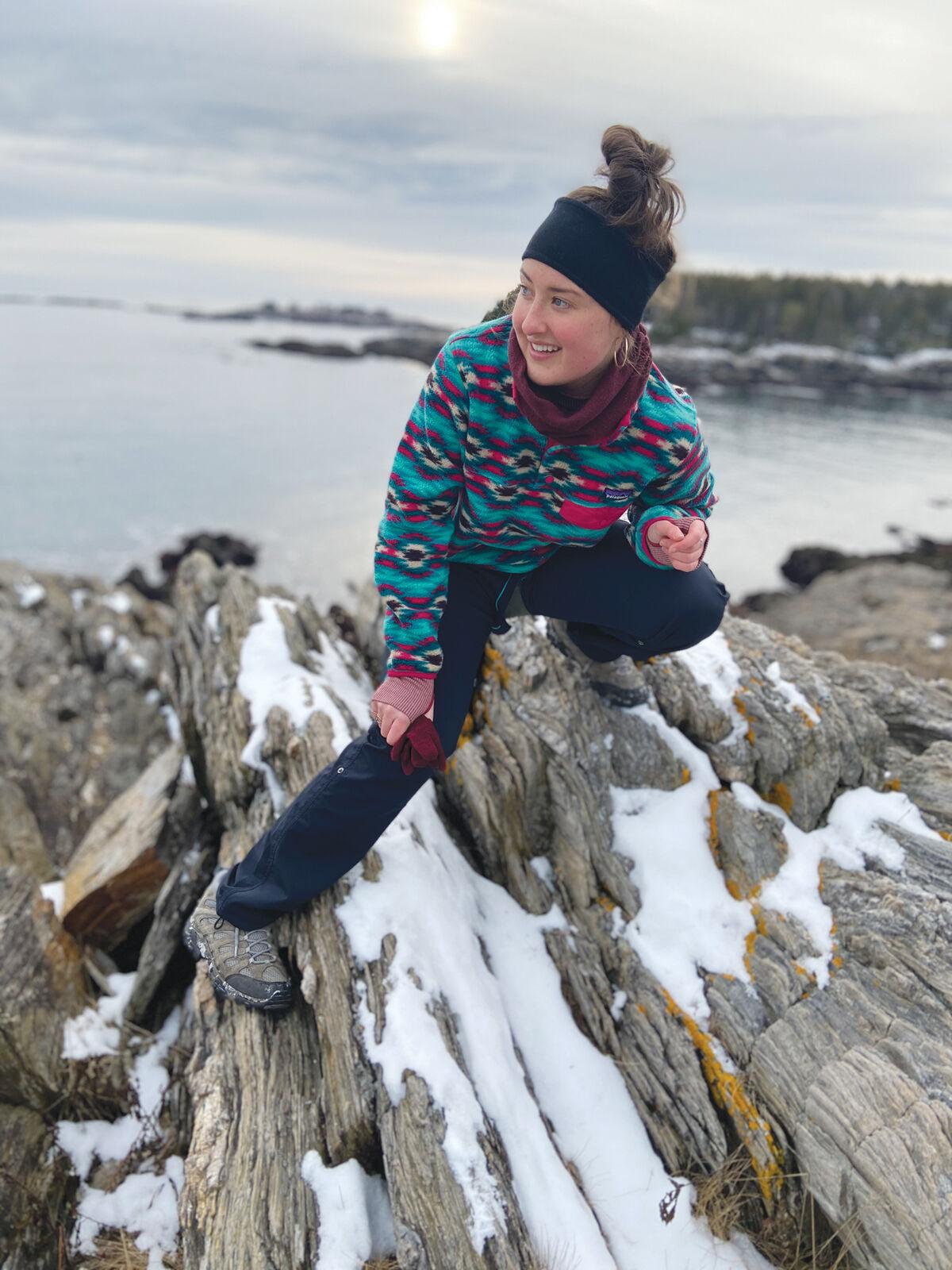 Georgia Grace Edwards was sitting in the attic of her childhood friend’s home the first time she ripped out the crotch of a pair of old ski pants and sewed in a zipper.

The idea dawned on her in 2016, after spending a summer as a glacier guide in Alaska. While her male colleagues could easily unzip and relieve their bladders whenever, wherever, Edwards found herself hiking across crevasses — and undressing multiple clothing layers in sub-zero temperatures — to pee. She began cutting her water intake to mitigate bathroom breaks and often stayed cold for hours afterwards.

But her body wasn’t the problem; it was the pants.

“This is an intersectional issue,” said Edwards, who founded the company with fellow Middlebury College alum Bianca Gonzalez and Charlotte Massey in 2018. “It’s not just about clothing, it is about who we have as examples in the outdoors. A lot of people are not represented in the outdoor narrative and in entrepreneurship.”

This month, SheFly won a contest for the Moosejaw Outdoor Accelerator by popular vote out of more than 100 applicants.

Moosejaw will also launch a line of SheFly pants as part of the accelerator.

Almost a year ago to the day, the team learned that their zero-waste, fair-trade manufacturer in India had closed temporarily.

When temporary became permanent, they jumped into finding a new manufacturer that could accommodate them as a small business and provide ethical production — a difficult task on which they’re still working through the details.

But despite having halted preorders and production, Edwards said many of the positive comments and messages of support the team has received came from people who do not have a pair of SheFly pants.

“We get a lot of messages from parents saying, ‘I’m so happy my kids are growing up in a world where these exist,’” Edwards said. She’s also heard from people in niche activities and jobs like fly fishing, sailing, horseback riding and biking.

One woman the team recently met is a bridge inspector, who spends weeks dangling in a harness for her job. “She’s always been one of the only women on an all-male team,” recalled Edwards.

Going to the bathroom could take up to two hours, as she had to be hoisted up, return across the bridge and off the highway to pee — something none of her colleagues had to do.

“There’s so many facets to this problem,” said Edwards. “Not only is there a lack of privacy, but it can be a safety issue” and make you question the value of your own work.

“She always felt like everyone was working harder than her,” Edwards said.

Lucy Holmes, of Burlington, said she wears her SheFly pants every day in the woods as an instructor for Outward Bound.

She’s worn them backpacking, hiking, rock climbing, mountaineering, sailing and backcountry skiing. Although Holmes calls her SheFlys a great outer layer, she added, “If they make a zippered long john, I’d buy ten of them.”

Long underwear and snow pants are on the dream to-do list, noted Edwards, but first they have to get back up and running.

A wee idea makes a splash

Edwards brought that first prototype, hacked together in her friend’s attic, to the first day of January term for her Middlebury Entrepreneurs course.

“I remember standing on the first day of class, holding this terrible, ugly pair of pants, trying to explain why this is important,” said Edwards. She felt horribly embarrassed explaining the idea to her male professor, and thought, “This is ridiculous, this is why the problem exists.”

Since that moment, she and the founding team have shaped their pitch to use humor to their advantage. Poking fun at serious issues can bring more people into the conversation who wouldn’t necessarily take part in it, Edwards explained.

For example, she recalled feeling uncertain as she, Gonzalez and Massey pulled up to the FreshTracks Road Pitch contest in Barre when the business was in its early days, glancing around at a pack of motorcycle-riding investors and entrepreneurs — not their usual clientele.

But SheFly won the pitch contest. “We thought wow, this isn’t necessarily our audience, but this resonated with them,” recalled Edwards.

In 2018, Edwards and Massey gave a talk at Stowe TedX where Edwards said, “I’m going to let you in on a not-so-secret little secret: we all pee.” The audience laughed. “Even us, who knew,” she continued. “So, here’s the question: How can we fix the bathroom problem so that people of all anatomies and all identities can push their limits and find connection in the outdoors?”

Their pitch was met with laughter, hands raised in solidarity and raucous applause.

“Everywhere they talked about this, people were just attracted to supporting them,” said Heather Neuwirth Lovejoy, director of the Innovation Hub at Middlebury College. “It’s a testament to the idea, and testament to their perseverance.”

Lovejoy still has a pair of one of the original pant prototypes, from when Edwards was building the business idea in class. “I had a broken pair of cross-country Nordic ski pants,” which Edwards sewed zippers into.

Part of why she thinks the idea met such immediate success, is because of the Vermont outdoors community. “When I think of Vermont, I think about connecting with people outside,” Lovejoy said.

David Bradbury, of Stowe, president at Vermont Center for Emerging Technologies and teacher of the Middlebury Entrepreneurs course, described the SheFly team as “rock stars,” with a solid business plan and team dynamic.

“Georgia Grace worked really hard to take a personal experience that was frustrating and didn’t need to happen, and translated that into a product and a business,” he said.

The Moosejaw accelerator contest also emphasized supporting underrepresented groups in the outdoor industry, such as women and people of color.

“Spend any time at an outdoor industry tradeshow or on a ski hill, and you’ll see the severe lacking in diversity across our industry,” explained Comerford. “One way to address this challenge is to help accelerate new outdoor business that have diversity built into their core from the outset.”

The SheFly team hopes setting an inclusive example adds pressure to large outdoor apparel producers as well, who have the means to embark bigger change.

“The outdoors are dominated by a narrative that is primarily white, primarily masculine and primarily able-bodied,” said Massey at the Stowe TedX Talk in 2018. “The added difficulty of going to the bathroom adds one more hurdle that makes outdoor accessibility even more difficult.”