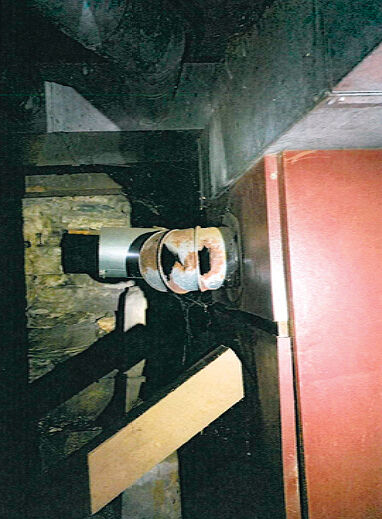 Scott Brinkman noted large holes in the furnace’s exhaust piping, “which would make it unsafe to operate if it were even able to fire.” 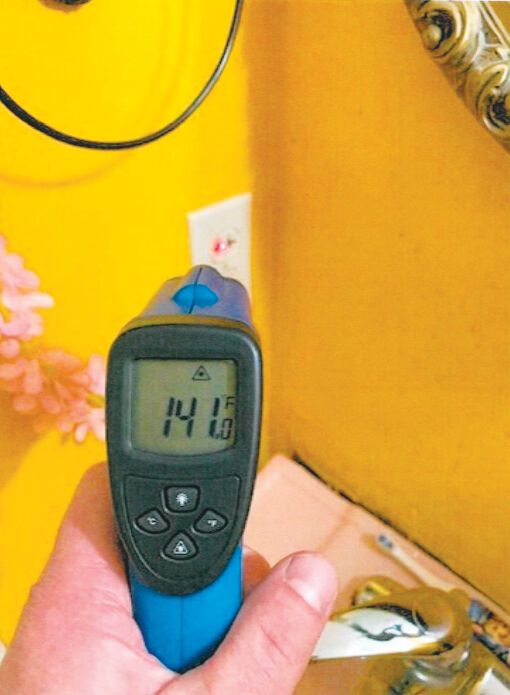 The Sliwkas showed the inspectors a two-prong electrical outlet in a bathroom that is hot to touch and shocks them if they touch it in a certain way. Scott Brinkman measured the temperature of that outlet at 142 degrees, more than twice the temperature of other outlets in the apartment.

With temperatures dropping below zero for three straight nights, the vice-chairman of the Stowe Selectboard has been ordered by his own board to swiftly fix one of his apartments that a family of six has tried to keep warm with portable space heaters, because the furnace is broken.

Willie Noyes, who owns Willie’s Village Auto and several rental properties in Stowe and elsewhere, was accused of violating town and state health codes by failing to replace the faulty furnace, an issue that had been forewarned last summer after an inspection of the home, located on Cliff Street.

“This is a dangerous, dangerous situation,” Scott Brinkman, the town’s assistant health officer and head of EMS said during Monday’s hearing before the selectboard, which was operating as the Stowe Board of Health — minus Noyes — for the duration of the hearing.

The selectboard ordered Noyes to make all the necessary fixes no later than 5 p.m. Saturday — he testified that’s the soonest he could get technicians into the apartment — or face $200 a day in fines, retroactive to Monday’s health order hearing.

According to Brinkman, he and Kyle Walker, the former fire chief and health officer, inspected the Cliff Street apartment last August and documented that the oil burner “requires reset often,” and needed to be repaired “before heating season.”

When Brinkman went back to the apartment Jan. 6, accompanied this time by a pair of state fire marshals, he reported it still did not have a functioning central heating system. He said the tenants told him they had not had heat or hot water for several days. The hot water issue seemed to have been resolved with a reset, according to the town’s order.

According to Brinkman’s report, a service technician from Suburban Propane had arrived recently to service the heating unit but told the tenants — Justin and Sarah Sliwka, who live there with their four children — it was inoperable and needed to be replaced. Brinkman additionally noted large holes in the furnace’s exhaust piping, “which would make it unsafe to operate if it were even able to fire.”

On the day of Brinkman’s visit last week, the ambient air temperature in the apartment was 62 degrees — the Vermont Rental Housing Health Code requires minimum ambient temperatures to be able to reach at least 65 degrees.

In addition to the lack of heat, the Sliwkas showed the inspectors a two-prong electrical outlet in a bathroom that is hot to touch and shocks them if they touch it in a certain way. Brinkman measured the temperature of that outlet at 142 degrees, more than twice the temperature of other outlets in the apartment.

Brinkman said during Monday’s hearing that the outlet caught fire in late September, requiring the fire department to respond and disable it.

He recommended last week the Sliwkas turn off the breaker that controls any problematic receptacles, but they told him they were afraid they’d lose power elsewhere in the home.

“The problem with losing receptacles at this point in time is, due to no central heat, their only sources of heat are portable electric heaters plugged in in all four rooms throughout the home,” Brinkman said.

Brinkman’s order called on Noyes to “immediately cease and desist ignoring the findings” of town or state health or fire safety officials and bring the rental unit into compliance with Vermont code.

Noyes testified before the selectboard Monday that he had bought a replacement furnace last month but, since the furnace is gas-powered, he preferred that the tenants not be in the apartment while the installation — estimated to last about five hours — takes place.

Noyes said he has had the replacement furnace ready to go since Dec. 18 and asked the Sliwkas to “vacate the house” to make the repairs, but they would not, so he didn’t do the work.

“We’re dealing with propane gas, and that is a very volatile substance, and I don’t want anybody getting hurt or anything to happen to those people,” Noyes said.

He also testified he was unaware of the electrical outlet issues before reading about it in the emergency health order he received last week.

In a Zoom interview with WCAX Monday, Justin Sliwka said the cold has affected his kids’ behavior.