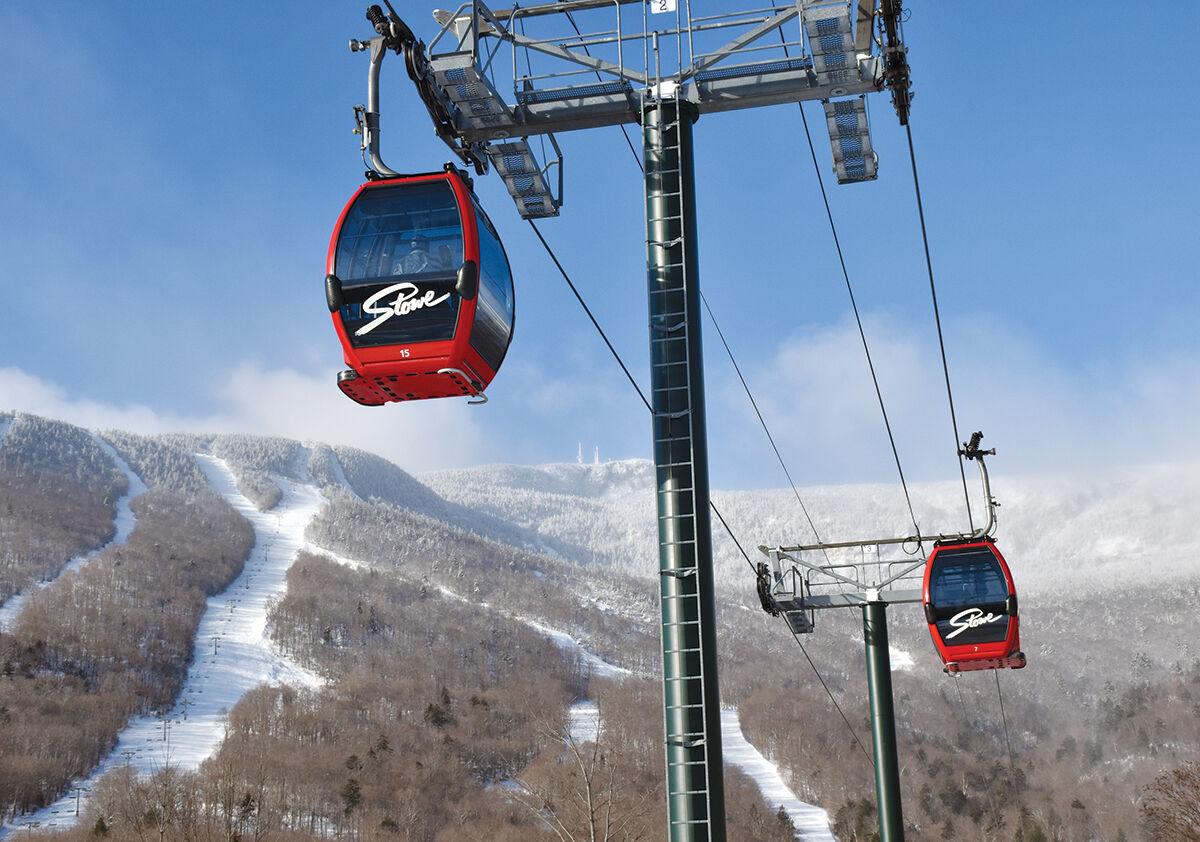 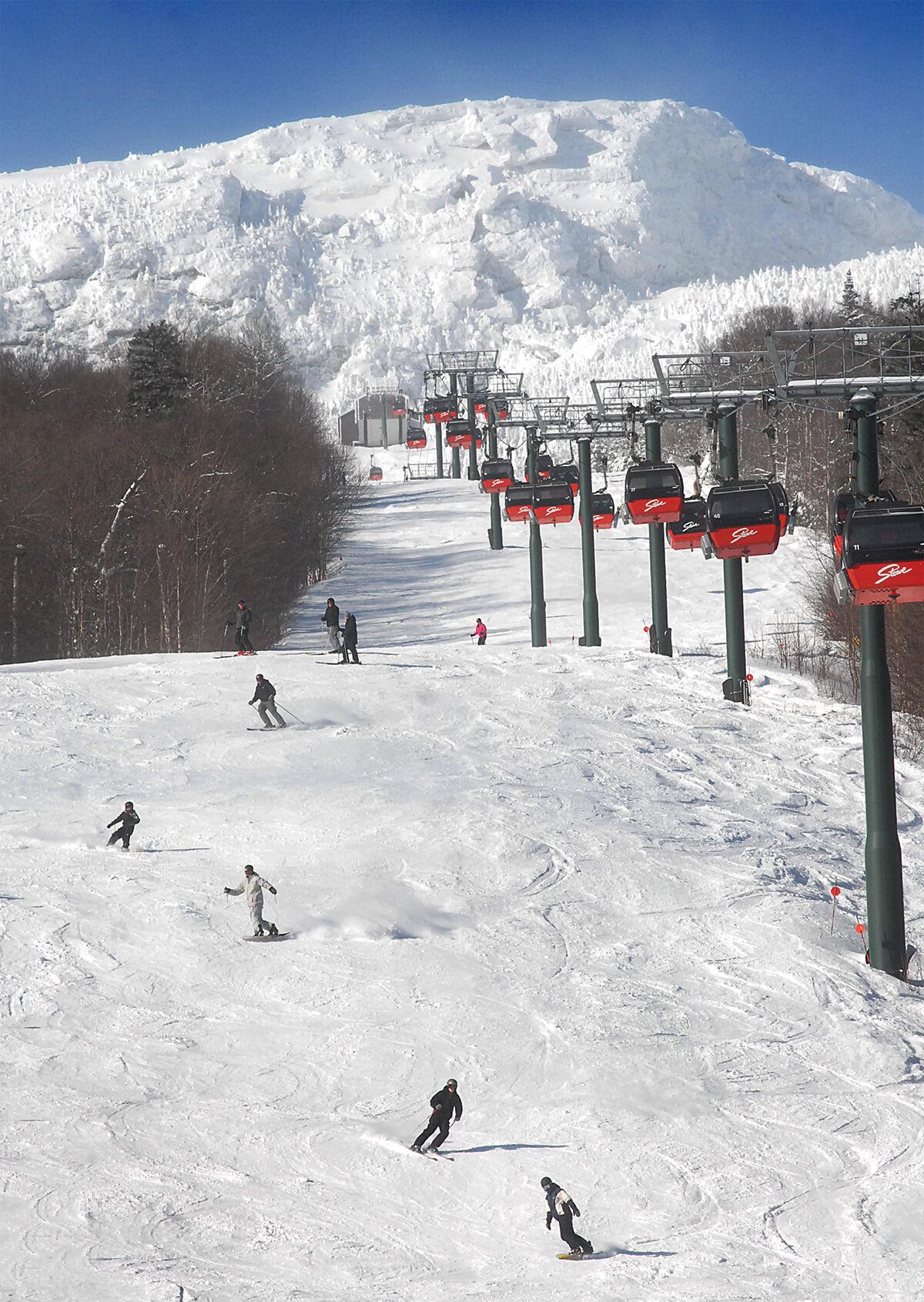 When Stowe Mountain Resort opens for the ski season Nov. 20, it will do so under strict rules, including the need for everyone, even local season passholders, to reserve space on the mountain ahead of time.

Rob Katz, CEO of Vail Resorts, which owns Stowe and 33 other ski resorts in North America, issued a 3,000-word letter last week detailing how things will work at all of its resorts. Katz anticipates blowback to the rules, but says they are necesary to have a ski season in the throes of a pandemic.

“I realize not everyone will agree with our approach — some feeling we are being too conservative or aggressive,” Katz wrote. “And I recognize the changes we are implementing will be an inconvenience. But I ask for your understanding and patience.”

Jeff Wise, Stowe’s senior manager for communications, has kids in the local school system who are preparing to start the academic year under very different circumstances. He sees parallels.

“The approach at the mountain is like the one the schools are taking,” Wise said. “Let’s get open and stay open.”

The biggest change is the reservation system, the way for Vail to control crowds this winter.

No more simply rolling up to the parking lot and getting on the lift, even for season passholders.

Instead, everyone will have to book their time on the mountain in advance.

Initially, skiers and snowboarders will likely be confused by the reservation system. For one, there are actually two different systems, nestled in one another.

First, there are “priority reservation days” — passholders choose up to seven dates during the core season and lock those in. They do that during a month-long reservation window between Nov. 6 and Dec. 7.

But, on top of those seven priority days, there’s also the ability to make week-of reservations all year long — just string them along every week in seven-day spurts.

“If you’re going to be an every-day skier, the number seven shows up so many times,” Wise said. “If you’re a weekend-only skier, you’ll want to be a little more specific.”

If you have a full-access pass and you make a week-of reservation — or seven of them — and don’t feel like going one day during that week, you just don’t go. But, if you don’t have the foresight to make your weekly reservation and a Nor’easter drops, you’re out of luck.

Those week-of reservations are subject to availability on the mountain. If a powder day comes on a typical non-holiday Wednesday, for instance, there’s a better chance that day will be open. If it’s Martin Luther King Day Jr. weekend and there’s a big dump, that day will fill up fast, if it hadn’t already from pre-season priority reservations.

“We want to provide assurance to our guests that we will do our very best to minimize crowds at all times — be it a holiday weekend or the unpredictable powder day,” Katz said.

Again, with Vail implementing the same reservation system at all 34 resorts, it’s unlikely it will be lifted mid-season, especially if the system works.

“If things are operating without a hitch, we’re probably just going to keep with this program from start to finish,” Wise said.

One of the new rules seems like a no brainer — wearing face coverings. Most of the population is used to masking up by now, and guests will have to wear face coverings just about everywhere on the mountain — on the lifts and gondolas, in buildings and during lessons.

Wise noted that’s probably not a problem in cold Vermont.

“Out skiing, at least here in the East, I see a large percentage of people already wearing face coverings because they don’t want their faces to be cold,” Wise said.

There will also be a larger emphasis on maintaining physical distance. There will be limits to how many people can ride a lift — two single non-family members on opposite sides of the quad, and two singles in a gondola.

“Many of you have inquired why we need distancing at all, given the requirement for guests to wear face coverings,” Katz wrote. “While all of this is true, in the current environment, we do not believe it is appropriate to seat guests from different parties directly next to each other, given the dynamics during loading and unloading, during chair stoppages and due to the proximity between guests as they ride the lift, speak to each other, speak on the phone, eat and adjust their clothing. We believe a conservative approach is the best way to protect our guests.”

Wise added that the resort will likely open up more terrain earlier than usual, to give people even more room to spread out all over Mount Mansfield and Spruce Peak.

There will be food and alcohol, but there won’t be any cozying up to the bar at The Den and listening to Willy Dietrich drop baseball spring training news while pouring you a Pabst, as a band rocks out in the corner.

Food will be served cafeteria style, with one-way traffic in and out, and a close eye on how many people are in the building at a time. When capacity is reached, guests will be allowed in only as others leave. Beer and wine will be sold in cans and bottles.

“We’re really focusing on the skiing experience,” Wise said. “But we do have a plan for allowing people to use the facilities, for taking breaks or getting warm and getting something to eat or drink.”

All the same, all year

Vermont has far fewer coronavirus cases than every other state. It also has three resorts owned by Vail — Stowe, Okemo and Mount Snow.

But, don’t expect Vermont’s Vail-owned resorts to operate any differently than ones in Colorado or California, Minnesota or Michigan.

“We’re looking for consistency at the resorts,” Wise said. “I think that some places feel more pressure to expand operations, based on where they are in the country, but staying consistent across all the places we operate is going to be worth the extra effort.”

Vail collects a lot of data, and skiers and riders produce a lot of it just by carrying around their Epic passes, which are equipped with radio-frequency identification. They create a digital blip whenever someone passes through a lift gate, which allows tracking of skiers and riders.

There’s also the smartphone app Epic Mix, which parlays resort data into usable features, like knowing which lifts have the longest lines.

Could that data be used for contact tracing? Wise said he’s not aware of any plans.

“We obviously have the data around who’s skiing each day and, if we need it, what lift they skied, but I’m not sure about leveraging it for contact tracing,” he said.

There will be some health data collected, as well, but that’s still going to be done by the honor code. Resort staff will have health screenings as soon as they get to the resort. Guests are expected to do their own health screenings at home before they take part in ski or snowboard lessons.

“There are acknowledgements that will be part of the reservation process,” Wise said.

Staffing will be different at the resort, one of the largest employers in Lamoille County. For one, there are likely to be fewer service workers, like bartenders and servers.

But, overall, there will likely be more job openings for Vermonters than ever, since the resort won’t be leaning on a traditionally reliable source of seasonal help.

“One segment we won’t be having is our international staff,” Wise said. “There are usually hundreds of them.”

With them not here this year because of the tightened travel laws, Stowe will have a lot more staff housing available, which has traditionally been part of a seasonal immigrant worker’s package.

“Far more domestic workers will have access to housing, and hopefully that will incentivize more people to work at the mountain,” Wise said.

While Vail Resorts rolled out fairly detailed ski season plans for Stowe and its other 33 North American properties, independents like Smuggle…