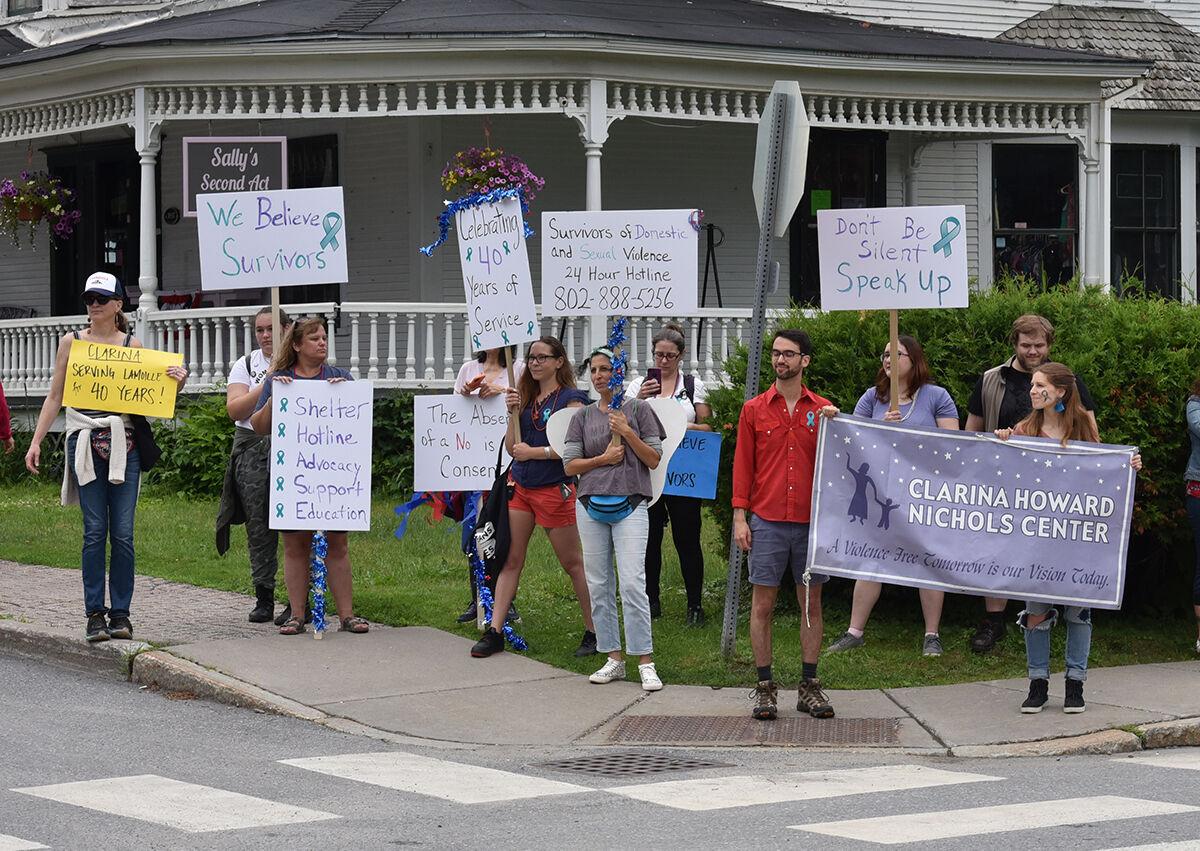 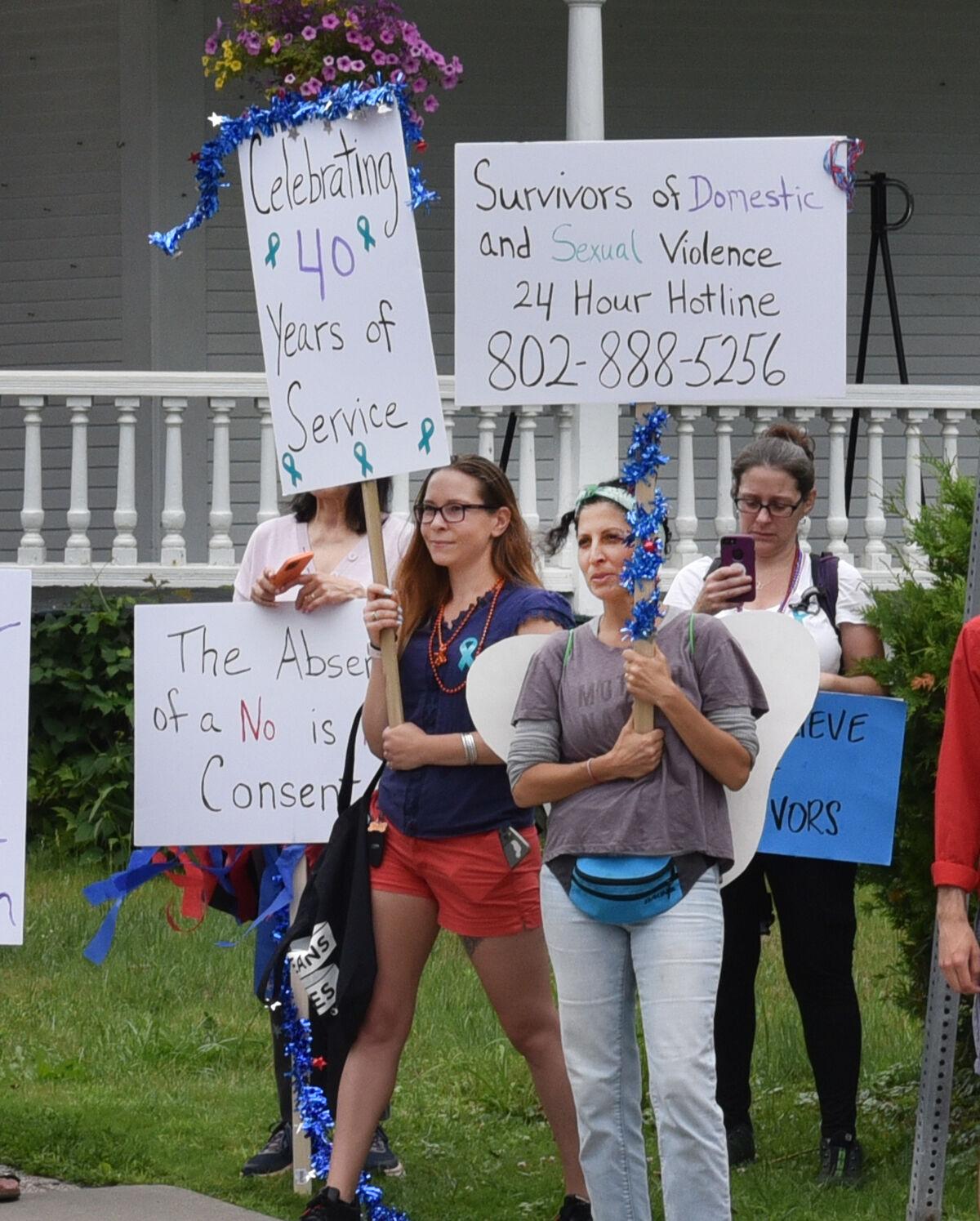 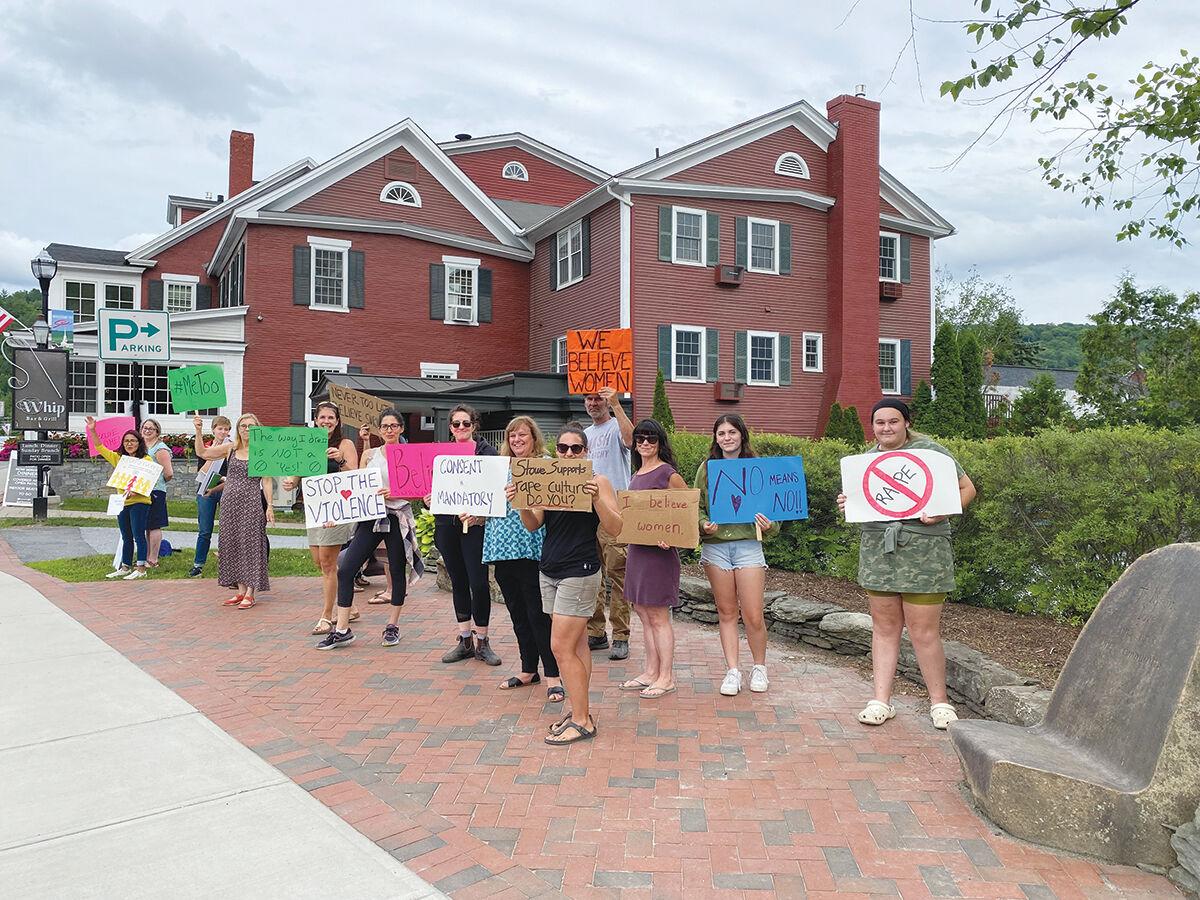 A group plans weekly Main Street protests to not only support survivors but to call for the firing of embattled Stowe fire chief Kyle Walker and policy changes for the town.

A group plans weekly Main Street protests to not only support survivors but to call for the firing of embattled Stowe fire chief Kyle Walker and policy changes for the town.

For nearly a month, a group has gathered each Thursday along Stowe’s Main Street to voice support for survivors of sexual assault and call for both the dismissal of embattled fire chief Kyle Walker and policy changes for the town.

As town officials stand by Walker, protesters say they aren’t backing down.

“I still want the town to remove him, or I want him to step down,” said Sarah Henshaw, a Stowe business owner who has led public condemnation of the fire chief. “I don’t think he can do an effective job as fire chief. At this point, I think there are women like myself who are fearful of having to call on him as a public safety officer in our town.

“So we are going to be out demonstrating every week, and the intent of those demonstrations is to show the community at large that there are people and community members who believe survivors of sexual domestic violence because our town is demonstrating it is not a safe zone.”

Amy Wenger, a maternal-child nurse who works in Stowe who also attended the protests, said, “It is not OK. It’s setting a precedent and sending a message that it’s OK for somebody to do what Mr. Walker did.”

Walker was the subject of an investigation by Vermont State Police regarding sexual crime allegations earlier this year. He was fired from his position as a Stowe police officer and put on paid leave as the town’s fire chief for three months with pay before being reinstated, albeit with a 10-day unpaid suspension.

After the investigation, Walker’s accuser, Rachel Fisher, came forward publicly to elaborate on the years of alleged sexual violence and trauma she claimed she suffered at Walker’s hands and how he leveraged his position as a public official and police officer to attempt to ensure her silence.

With no substantial change regarding Walker’s employment, Henshaw said she and protesters will be out along the road again this Thursday, rain or shine.

Walker maintains the encounters with Fisher were consensual, a claim Fisher contradicted in an extensive interview with the Stowe Reporter, and which are borne out in the state police report.

Even before Fisher’s interview, a group of Stowe residents, led by Henshaw and including many who have joined the protest, submitted a petition calling for the chief’s removal.

In May, 19 people signed a letter that was read at a Stowe Selectboard meeting and printed in the newspaper that called for Walker’s dismissal, citing statistics illustrating a distrust for police among sexual assault survivors and claiming Walker keeping his job would increase this distrust.

But Stowe officials consider the subject of Walker’s punishment a closed one.

Safford indicated that changes to Stowe’s policy on employees who face allegations of sexual violence or impropriety could be on the way.

“Stowe’s personnel attorney is reviewing our personnel and other related policies to see what if any updates she may recommend,” he said.

Safford said the attorney is tentatively scheduled to attend the selectboard’s Aug. 9 meeting.

For Henshaw, victory would only be achieved by the town instating a zero-tolerance policy for employees facing sexual violence allegations and better training for police and employees.

Henshaw said training concerning the power dynamic between police and fire officers and citizens is inadequate.

“I think there needs to be training on more than just sexual harassment,” she said.

Henshaw is also volunteer chair of the board at the Clarina Howard Nichols Center, an advocacy organization tasked with ending sexual violence in Lamoille County.

The protests, she said, are an extension of her advocacy for survivors of abuse.

“I don’t think the Kyle Walker incident is the only one that’s happening just because of what’s been revealed in the past month,” she said. “I think part of the reason we’re out there doing this is to remind people that sexual assault is something that happens even in the places that we live, that assault survivors need to be believed and we need systemic changes, so it doesn’t continue into the next generation.”

No hearing set yet for fired chief

The town of Stowe is in a holding pattern as the recently fired fire chief awaits a hearing on his termination.