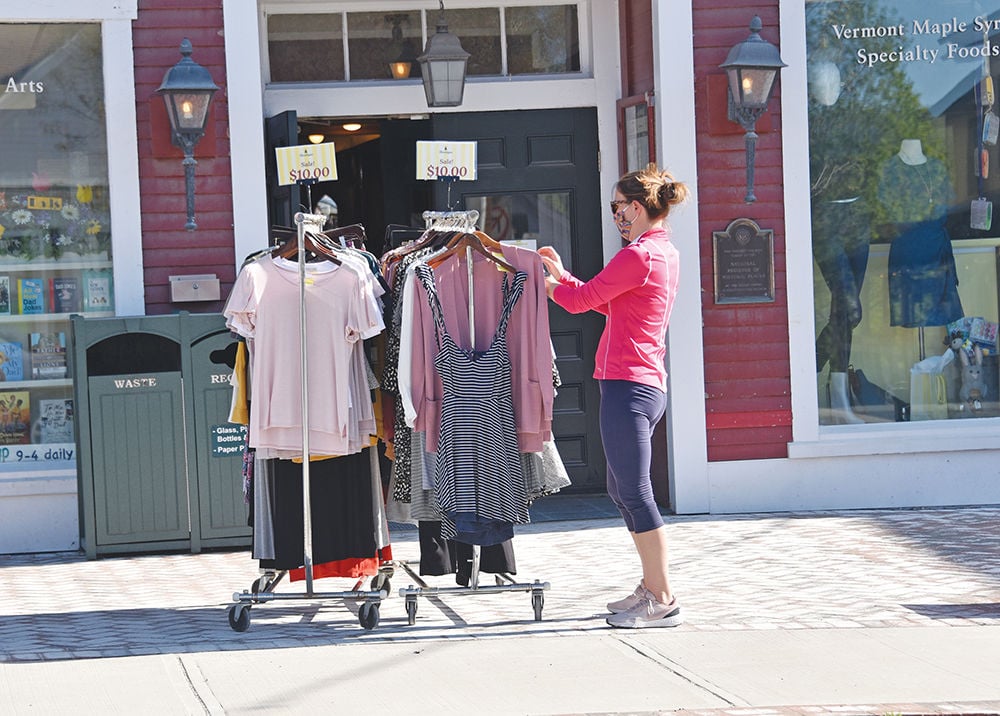 As Vermont’s economy slowly reopens, Stowe’s Main Street and other retail areas are starting to emerge from a couple of months of hibernation, the result of rules to prevent the spread of COVID-19. Not only are stores open, with conditions, but merchandise is coming back into the sunshine, as it is here at Stowe Mercantile, and life is creeping toward something like the old normal. 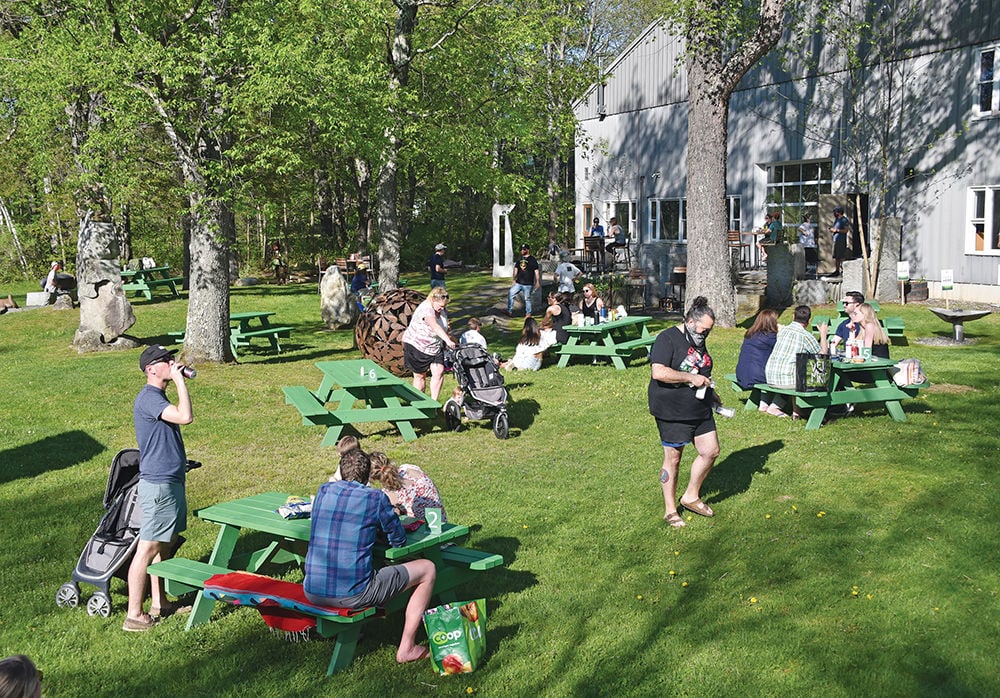 Warm, sunny weather and a layout that encourages social distancing made for a lovely afternoon in the sculpture garden at Stowe Cider. 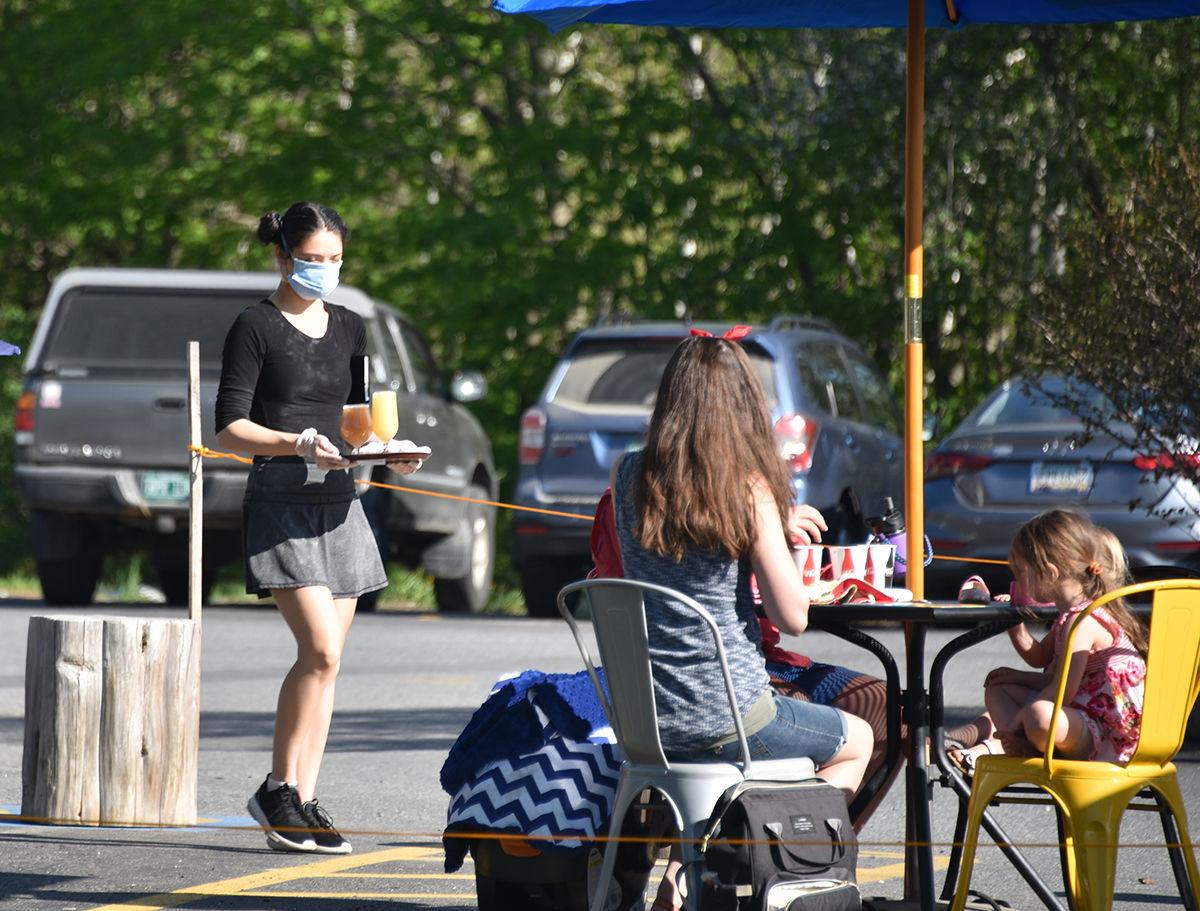 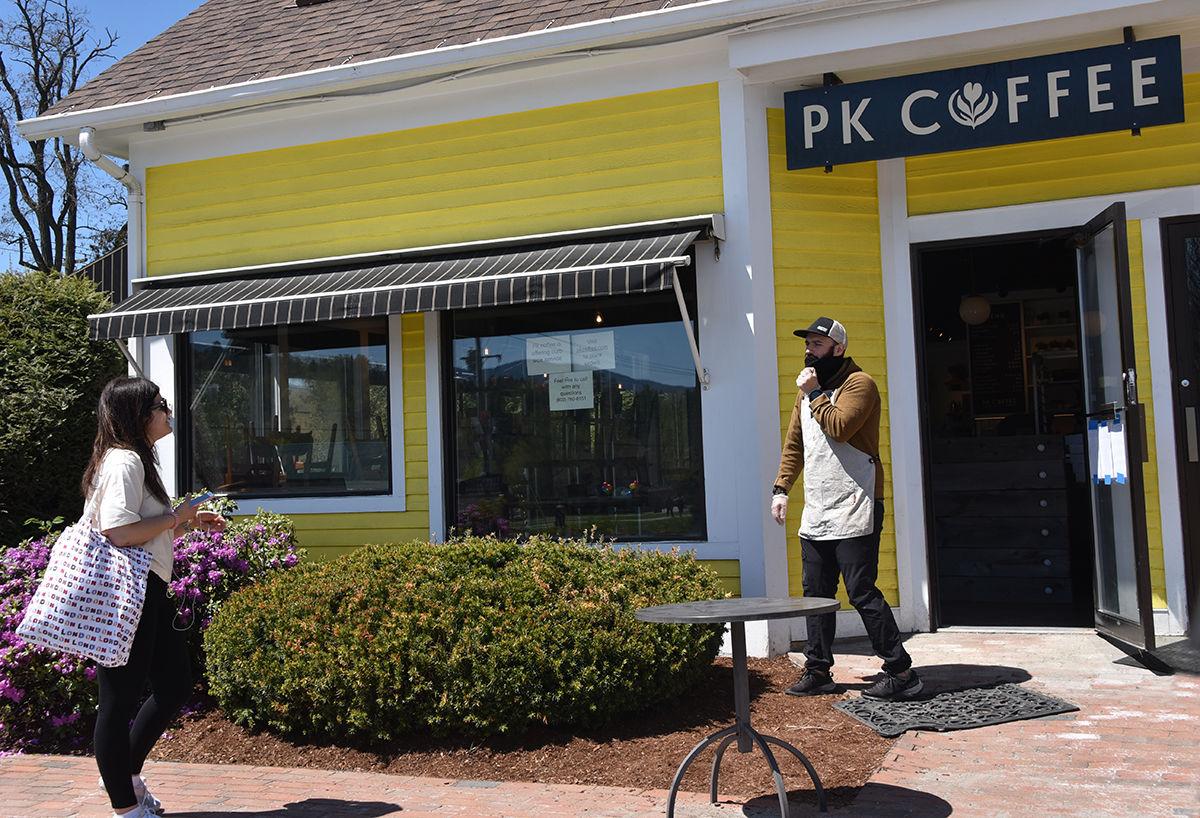 As Vermont’s economy slowly reopens, Stowe’s Main Street and other retail areas are starting to emerge from a couple of months of hibernation, the result of rules to prevent the spread of COVID-19. Not only are stores open, with conditions, but merchandise is coming back into the sunshine, as it is here at Stowe Mercantile, and life is creeping toward something like the old normal.

Warm, sunny weather and a layout that encourages social distancing made for a lovely afternoon in the sculpture garden at Stowe Cider.

If you want to go shopping in Stowe, you had better bring your mask.

But, there’s no penalty if you don’t.

On Tuesday, the Stowe Select Board adopted a resolution that requires people to wear a mask when encountering others in public, expanding the state’s requirement for employees working in recently reopened retail stores.

However, the resolution — proposed to the board by Walter Frame, executive vice president of Trapp Family Lodge — makes clear there will be no enforcement of the requirement.

“While it is recognized that compliance is mandatory for employees, it is also recognized that there is no enforcement mechanism requiring residents or visitors to wear a face covering,” the resolution states. “The intent is to set the example and to encourage voluntary cooperation, not confrontation.”

The resolution took effect immediately and will stand for 30 days, unless extended or rescinded by the board.

The resolution follows the Vermont’s rules for reopening retail businesses, which state that “employees must wear face coverings when in the presence of others. In the case of retail cashiers, a translucent shield or sneeze guard is acceptable in lieu of a mask. Businesses and nonprofit and government entities may require customers or clients to wear a mask while on their premises.”

However, some board members expressed concern that a policy that requires masks for some people but not all people has created what Morgan Nichols called an “inequitable situation.”

Board Chair Lisa Hagerty, who operates the boutique Well Heeled, said she has encountered resistance from some shoppers who didn’t want to wear a mask, and said she supported the resolution “so my employees would never face some of the situations that, earlier in the week, I faced. In my store, I expect customers to wear a mask.”

The draft resolution refers only to retail establishments. However, Gov. Phil Scott is expected to make moves soon to allow lodging establishments and inside-the-restaurant dining to reopen, leading Nichols to suggest the resolution should be expanded.

“I recognize that all business are really struggling and I don’t want to make things harder for them. But as we reopen our hotels, I think about closed spaces, walking down a hallway, and I’d like to talk about lodging as well,” she said.

“When someone arrives to a lodge, it might be their first contact with the town, and those in the lodging establishments are setting the tone for how to enjoy Stowe safely,” Hagerty said.

Some board members — as well as members of the public who were watching the meeting on Zoom — asked how people could, physically, literally wear a mask while eating and drinking.

In response, board members amended the resolution, excluding mask use if “it is not recommended by the CDC, or while eating/drinking.”

The CDC states “cloth face coverings should not be placed on children younger than 2 years of age, anyone who has trouble breathing, or is unconscious, incapacitated or otherwise unable to remove the cover without assistance.”

Scott Huntsman, general manager of The Lodge at Spruce Peak, suggested the board revert to the original draft language of the resolution, which said mask use by customers and guests would be encouraged, rather than required.

“Allow people to use their good judgment,” Huntsman said. “It makes it a little more flexible for some of those gray areas. If there’s no enforcement, it’s just language.”

“We want to make a little more of a decision as a community that we want to put these requirements in place as other towns have done,” Nichols said.

According to Charles Safford, Stowe’s town manager, three other municipalities have adopted resolutions that require masks for customers and guests. Like’s Stowe’s resolution, none of them have enforcement mechanisms.

“When it comes down to the nitty gritty, it’s the storeowner that sets the tone,” said Kyle Walker, Stowe’s town health officer. “It’s up to them to establish this themselves.”

Hundreds of cars, thousands of people

Lamoille Union High School, closed for the past two months, turned into a beehive of activity Friday as hundreds of vehicles carrying thousand…