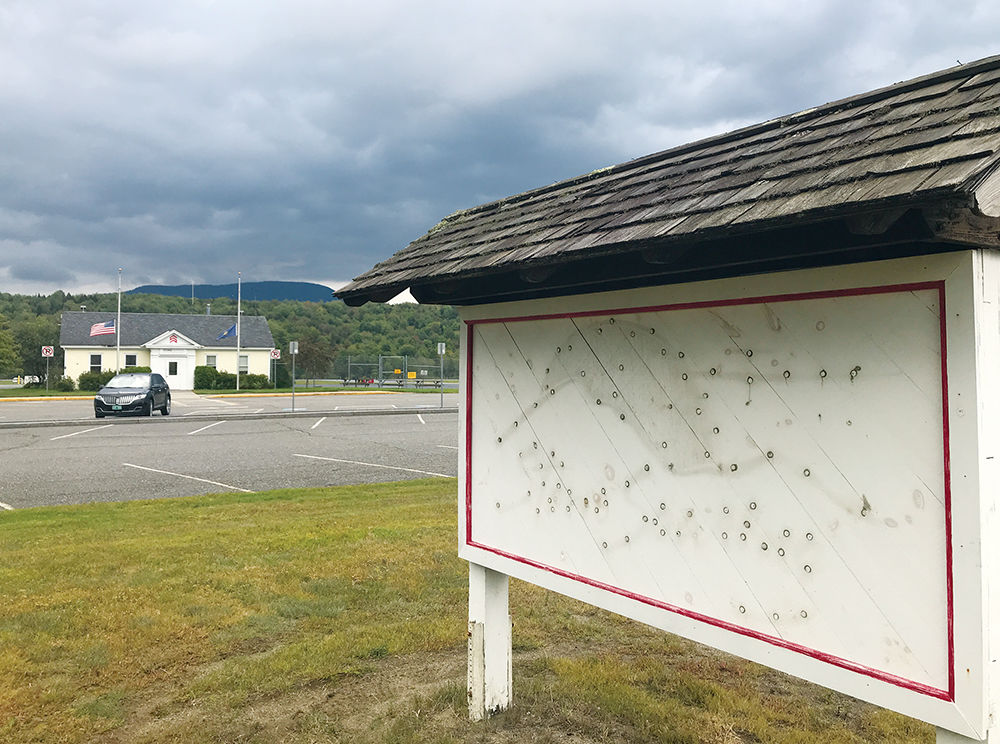 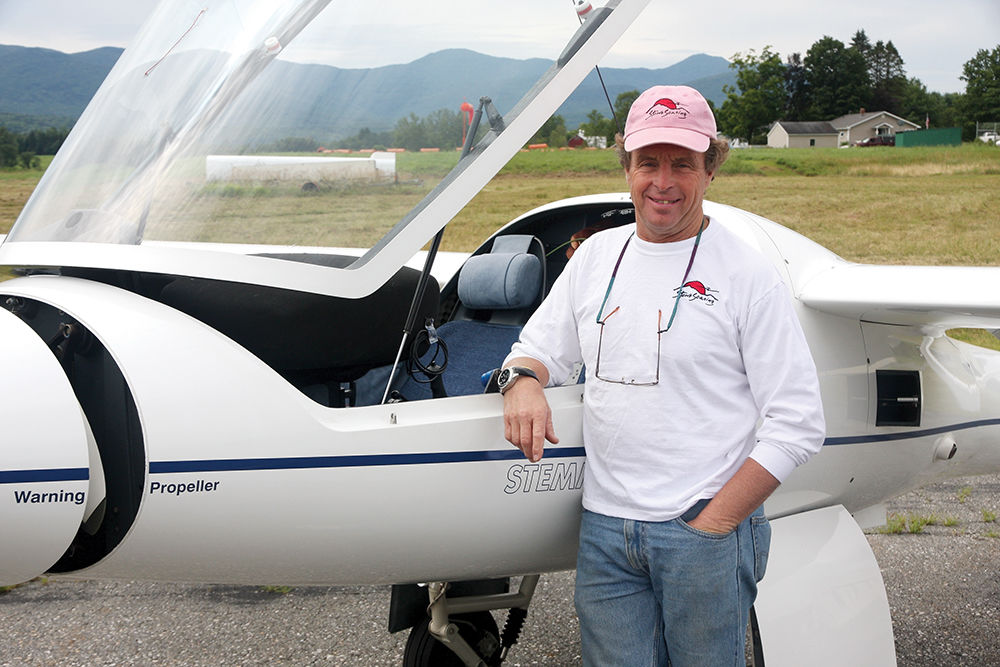 A year ago, the glider-ride outfit Stowe Soaring shut down to take stock of its future after its owner and pilot, Don Post, died, along with two passengers, in a crash on Sterling Mountain.

Now, the company is permanently closed. The prominent sign was removed last week from the Morrisville-Stowe State Airport, a sign that had been there so long that you can still see the silhouettes from its letters, gray on white.

Meanwhile, the aftermath of the crash drags on.

The National Transportation Safety Board has not yet completed its investigation. And the family of the two Connecticut passengers who died in the crash — Suzanne Moroz and Francis Moroz III — is trying to lay claim to Post’s estate, asking for millions of dollars in recompense for their deaths.

Members of the Post family declined to talk, citing the ongoing legal dispute.

Family friend and pilot Doug White said the legal issues and the crash investigation have taken a toll on the family in unforeseen ways. For instance, White says, the family hasn’t even been able to get Post’s cellphone back to see what kind of memories might be stored on there, because it’s evidence.

On Aug. 29, 2018, Post, 70, and his passengers Frank Moroz III, 58, and Suzanne Moroz, 56, of Hamden, Conn., were killed when the glider Post was piloting crashed near the summit of Sterling Mountain in Morristown.

The Schweizer SGS 2-32 took off at about 11:30 a.m. from the Morrisville-Stowe State Airport, where the company was based, towed by a single-engine plane that released the glider at an altitude of about 4,500 feet, according to the National Transportation Safety Board.

The final NTSB report is still not complete, so no cause of the crash has been determined, but according to the preliminary report issued Sept. 6, 2018, the glider “came to rest in a near-vertical, nose-down” position.

Post’s death certificate notes only that he died instantly of blunt impact.

The accident report says the tow pilot told investigators the flight was meant to be a 30-minute sightseeing tour. A witness hiking near Sterling Pond saw the glider and tow plane disengage and “he watched the glider ‘disappear’ into the clouds.” The tow pilot told investigators that he had to weave around the clouds, but there was plenty of room between them and the air was “really smooth.” Some of the mountaintops were partially obscured.

Post was an experienced pilot with thousands of hours in the sky — the NTSB report says logbooks revealed Post had accrued 3,103 total hours of flight experience, 1,214 of them in gliders. The most recent inspection of the glider had been on July 3, less than two months before the crash.

Last November, Linda Post, as executrix of her husband’s estate, posted a legal notice giving any “creditors having claims against the decedent or the estate” four months to make a claim.

On Jan. 14, Brittany Cates filed a notice of claim “for wrongful death.” Cates is with Faxon Law Group of New Haven, Conn., a law firm representing the estates of both Morozes. Both claims list “several million dollars” as their amounts.

Post’s lawyer, Robert Hemley of the law firm Gravel & Shea, filed court documents on Linda Post’s behalf, saying the claims should be rejected. As reasons, Hemley noted that neither the NTSB nor anyone else has determined Post was responsible for the Morozes deaths, and no judgment in any court has established that, either.

Hemley also noted that the claimants have not provided any real value of their claims, or provided any basis.

According to the Vermont Secretary of State’s corporations division, Stowe Soaring was launched as a business in 1993 by David Whitcomb, who ran it until 2000. A year and a half later, in December 2001, Post restarted the company, and ran it until last year’s crash.

The family signed over the company to the lawyer handling the Post family trust last December, and Stowe Soaring was dissolved on March 1.

Doug White was a close friend of the Post family, and counts Don as one of his inspirations in learning to fly. He said it’s his “gut feeling” that Post had that effect on a lot of pilots.

Post loved gliding so much that he would regularly make several trips in a day, as long as people wanted to go up.

“He would literally keep picking people up until they stopped showing up at the gate,” White said.

White sits on the Vermont Aviation Advisory Council, which “is responsible for recommending an aviation policy for Vermont, an investment program for Vermont airports, airport classifications, air project priorities, and actions to enhance the linkage between Vermont's aviation industry and the state's economic vitality airport investments and air project priorities.”

He thinks the glider outfit was starting to have trouble fitting in at the Morrisville-Stowe airport, which in recent years has built up its infrastructure to allow for more scheduled flights, leaving less space for general aviation.

“Running a glider operation becomes awkward, because you’re battling a different set of rules, and it becomes a little crowded on the ground,” White said.

Back in the day, the airport was a place where pilots — veterans and up-and-comers — would hang out and fly their own rigs in and out.

White’s not sure how Stowe Soaring got its start, but he likes to think a bunch of guys hanging out found a glider for cheap at a tag sale, and one thing led to another. He credits Post for keeping it going all these years, despite all the headaches.

“Regardless of who started it, the only reason is lasted so long was Don’s love of flying and taking people up there,” White said.

Deaths on the highway