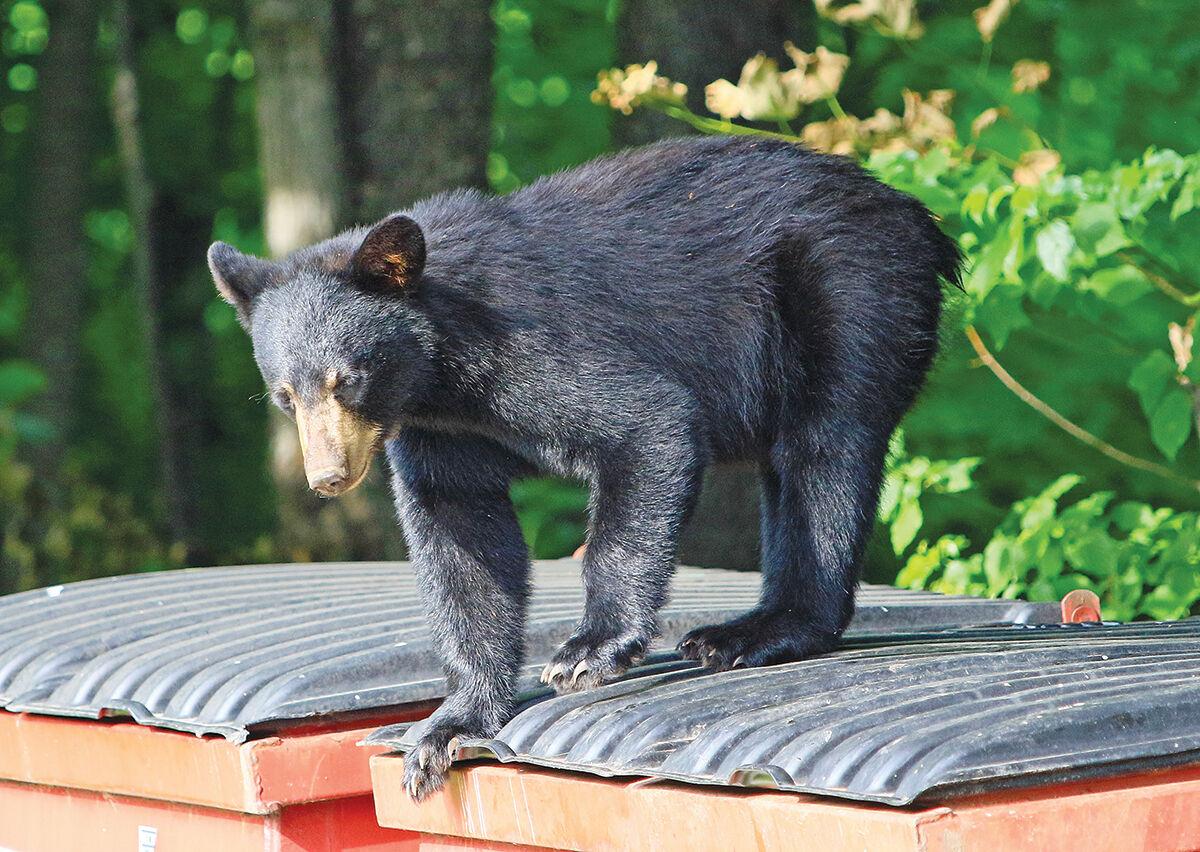 Given the scarcity of food in the spring, black bears may visit birdfeeders, garbage cans, beehives, chicken coops, rabbit hutches and compost piles in search of food. 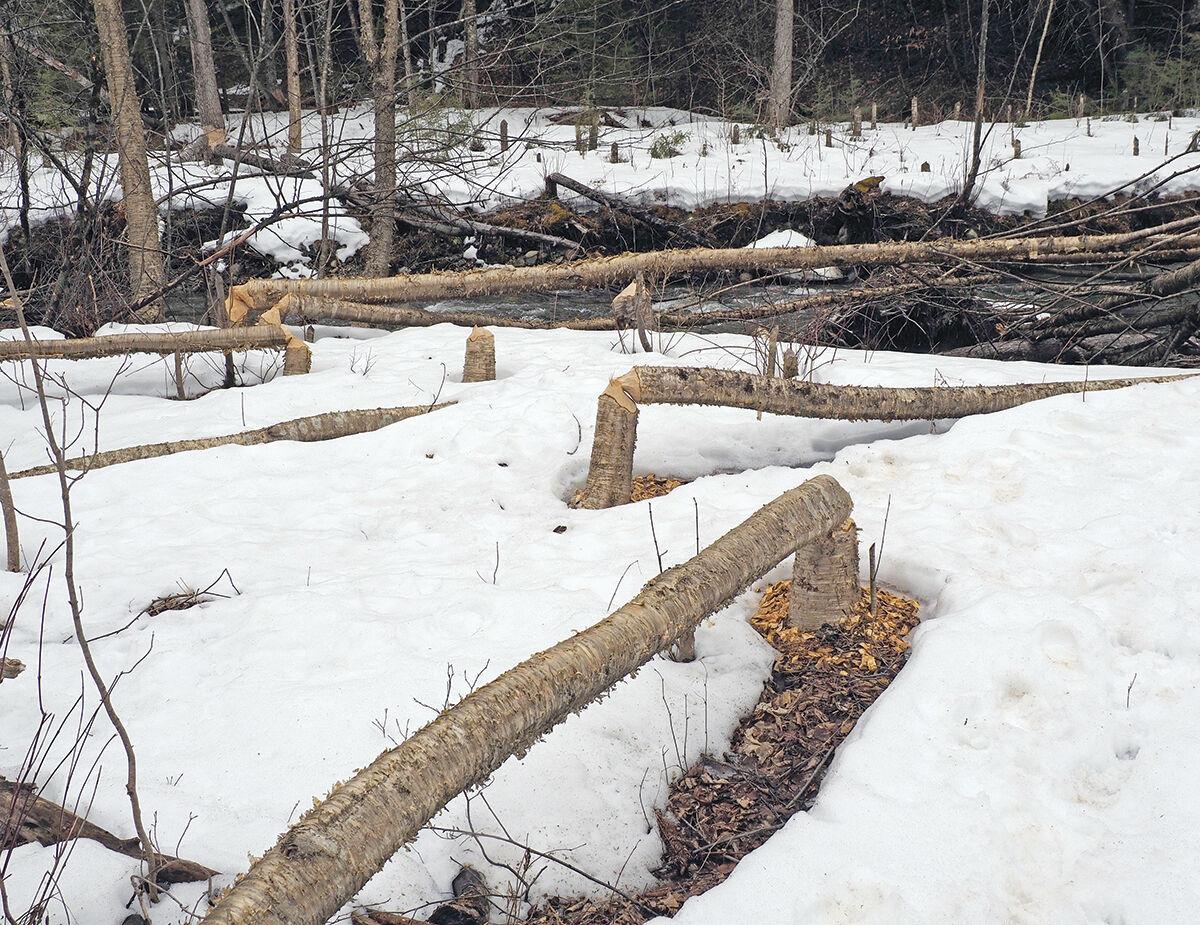 The busy beavers living at the entrance of Moss Glen Falls in Stowe have been hungrily gnawing birch trees, filling their bellies and felling future timber for their homes and dams.

Stowe is prepared for bears.

A year after state wildlife officials singled out the town as having the state’s highest concentration of bear sightings and calls to rangers and wardens, local conservationists are getting their message out early.

“We want to see early action, because that’s the thing that’s going to prevent bears from becoming nuisance bears,” Catherine Drake, a member of the Stowe Conservation Commission and driving force behind the town’s new “Bear Aware” initiative, said. “This is the time to emphasize what needs to be done by the human population.”

When Drake says “nuisance bears,” she’s referring to bears that become bold and sometimes unruly after getting accustomed to free meals from humans and their food scraps and bird feeders.

State wildlife officials have adopted the slogan, “a fed bear is a dead bear,” because if they can’t convince a bear to leave areas populated by humans, they have to kill it.

The conservation commission has been talking about bears all winter in preparation for the lumbering beasts to come out of hibernation and go foraging for food.

The commission agreed to spend $5,000 on bear-proof trash receptacles at two entrances to the Stowe Recreation Path, Chase Park and Thompson Park.

It convinced the selectboard to hang a “Bear Aware” banner above Main Street to remind people to secure their garbage, put away their bird feeders and admire the animals from a distance.

The commission also put a list of dos and don’ts when it comes to the ursine visitors.

Rob Moore, the commission’s chair, likened human behavior regarding bears with behavior regarding COVID-19. For instance, if one person along a street leaves their trash unattended or keeps their bird feeders up, it could affect their neighbors, while endangering the animals. Similarly, say, if a particular bar or inn in town were to flout pandemic protocols, they could ruin all the safety measures other establishments worked hard to maintain.

“Humans are capable of rational thought, and we can change our behavior,” Moore said. “Bears don’t have rational thoughts like humans. They only know when they’re full.”

Sgt. Chad Barrett, a game warden with the Vermont Fish & Wildlife Department, said he had never heard of as many black bear sightings in Stowe as he did in 2020. A lot of that had to do with a hot and dry April and May, which dried up that essential early crop of things bears feast on to fill their bellies post-hibernation — things like skunk cabbage, fiddleheads, dandelions and clover.

But if you need to take in a few thousand calories a day, are you going to “truck up the side of a mountain” for a few apple trees, some raspberry bushes and beechnuts? Not when humans set out veritable buffets on their properties.

“Why do that when I can feed out of five Dumpsters, three restaurants and a handful of bird feeders and I don’t have to go more than 500 yards,” Barrett told the paper last summer.

Bear sightings abounded in 2020, particularly about one mother bear and her two cubs. Drake said the trio came through her yard on Pucker Street.

She’s worried about that family for two reasons. First, if the mom becomes aggressive and gets put down, what will happen to the cubs? Second, what if mom learns that food comes from people and passes that knowledge onto her cubs?

Stowe-based organization Protect our Wildlife sometimes finds itself at odds with hunters — the organization is opposed to trapping and wildlife “exploitation” — and even other conservationists. But president Brenna Galdenzi said the organization’s recommendations regarding bears is largely in sync with the town of Stowe’s.

She praised the robust information strategy the town is incorporating this year, although she and her organization would prefer the town go even further and enact an ordinance, with penalties for people who don’t abide by the rules.

She said, for now, her group will hope for success with the proactive steps being taken by the conservation commission and partners like the town highway and recreation departments and Stowe Land Trust.

But, if things get as bad as they did last year, Protect our Wildlife and its allies are prepared to be more aggressive in pushing for an ordinance.

“Stowe does not want to be known as the town that kills its Dumpster-diving bears,” she said. “That’s not an image we want to be associated with.”

Leave it to beavers

At the north end of town, the entrance to the popular Moss Glen Falls area shows evidence that another critter has been hard at work.

A series of chewed birch stumps and their felled trunks, a narrow crisscross of trails, an elevated pool of water held up with interlocking logs and a domed home show the handiwork of the family — or families — of beavers that live here. The animals themselves remain largely invisible, working from dusk to dawn and sleeping during the day.

Andre Blais, a horticulturist, snow reporter for Stowe Mountain Resort and 12-year member of the conservation commission, has lived, for a decade, about 200 feet from where the beavers are making their home and he’s never seen them in action, although he has heard them from his porch on certain nights.

“They’re fascinating,” he said. “Incredible engineers. Hard-working. Truly, truly amazing. They do so many things for the environment.”

Things they do for the environment, according to Blais, Galdenzi and Moore: clear out some trees and leave others to help create riparian buffers to prevent erosion; raise the water table so that the entire area stays wet, which attracts other animals, like moose; create entire biomes for other fauna and flora.

And they seem to do it with purpose. Blais said it can be initially alarming to see their work, almost like a logger came and clear-cut an area. But, upon closer observation, the beavers are rather picky about their lunch — they are vegetarians that prefer bark and the sweet flesh of new growth softwood trees — which ultimately becomes their building materials.

According to Galdenzi, beaver builds are a family project, as the young act as apprentices to their parents.

“They’re teaching the family trade,” Galdenzi said. “For beavers, everything is home improvement.”

This isn’t to say that everybody loves beavers all the time. They can be the bane of property owners and public works employees, as their dams change the flow of water and keep people in trepidation of what might happen downstream should the dams collapse.

Blais said a friend in Waterbury has had “a couple-years-long chess match” with the beavers who have been interfering with his driveway.

Five years ago, beavers were a hot topic in Stowe, which had been trapping annually as many as half a dozen animals that had a large presence in the wetlands next to Thomas Lane and the area of the recreation path closest to the river.

Instead of traps, Galdenzi and others advocate the use of Beaver Deceivers, trapezoidal devices that create a screen over culverts, allowing water to flow through even if beavers try to build a dam there.

The Vermont Department of Forests, Parks and Recreations, which maintains the Moss Glen Falls Area, has painted the bottom three feet of some of the more valuable trees with a mixture of sand and paint, which dissuades the beavers from gnawing on them — “Beavers, like people, do not enjoy sand with their meal,” reads an information kiosk at the entry to the nature area.

Blais thinks the beaver activity is a great thing for Moss Glen Falls, which shows a real natural work in progress for the thousands of people who visit the popular destination each year.

“It’s a real joy to watch them do their work,” Blais said. He chuckled and added, “And they haven’t come on my land yet.”

As bears emerge from winter hibernation, it’s important for their health and safety that people be aware of what they can do to both protect these wild animals and their property.

Most black bears hibernate between November and April when food is scarce. Healthy mothers emerge from their dens, often with one to three cubs. Given the scarcity of food in the spring, black bears may visit birdfeeders, garbage cans, beehives, chicken coops, rabbit hutches and compost piles in search of food.

Black bears are generally shy and will avoid interactions with humans. However, they can become dependent on residential food sources, if readily available, and quickly become a nuisance. The public is reminded to:

• Remove bird feeders by early April and wait until early November to put them up.

• Refrain from feeding pets outside, and if you do, take pet food dishes inside at night.

• Take garbage out for pickup on the morning of collection — not the night before.

• Use electric fencing around chicken coops and beehives.

• Do not feed bears.

Black bears are curious, intelligent and resourceful. They will explore all possible food sources, and if found near someone’s home, the bears will often come back for more.

If a black bear is spotted engaging in nuisance behavior on private property, report the incident to the Vermont Fish and Wildlife game warden, Ethan Coffey at (802) 793-3114.

In the upcoming months, additional information about living with bears will be on the town website, and the Stowe Land Trust’s social media channels. For more information, visit vtfishandwildlife.com and bearsmart.com.