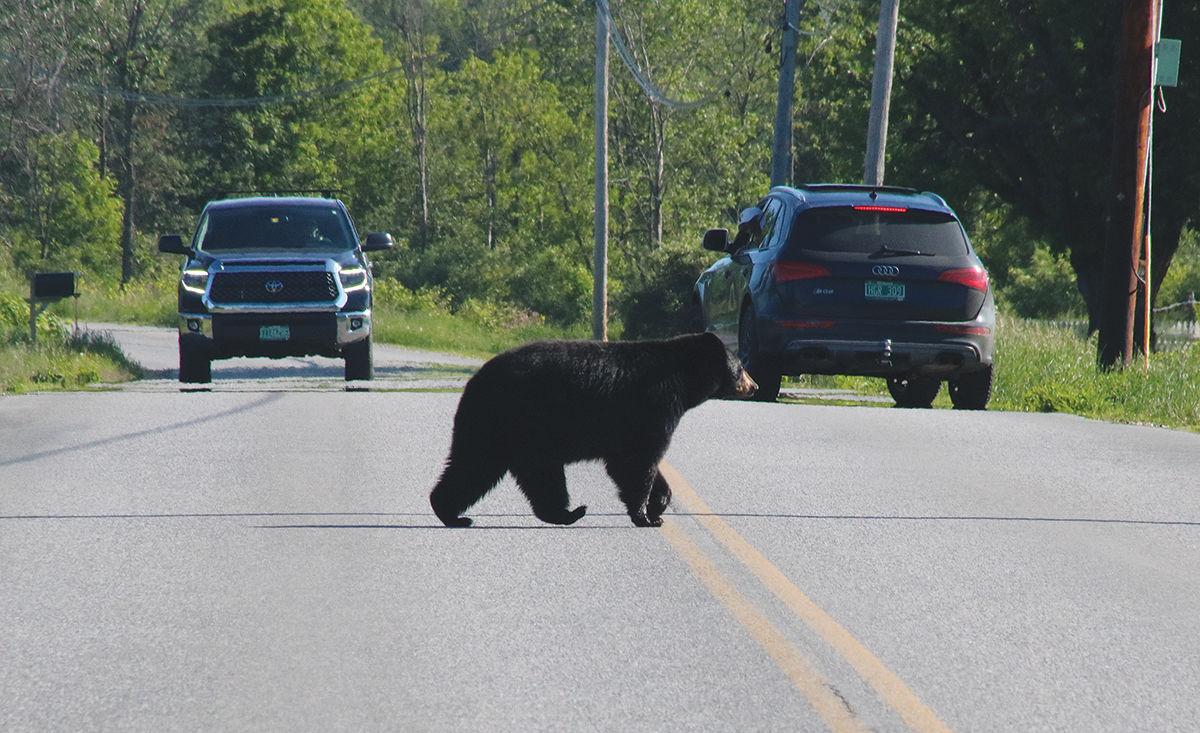 This bear, lumbering through traffic on Stagecoach Road in Stowe, is suspected to be the one that came through a window screen into a Stowe woman’s kitchen. 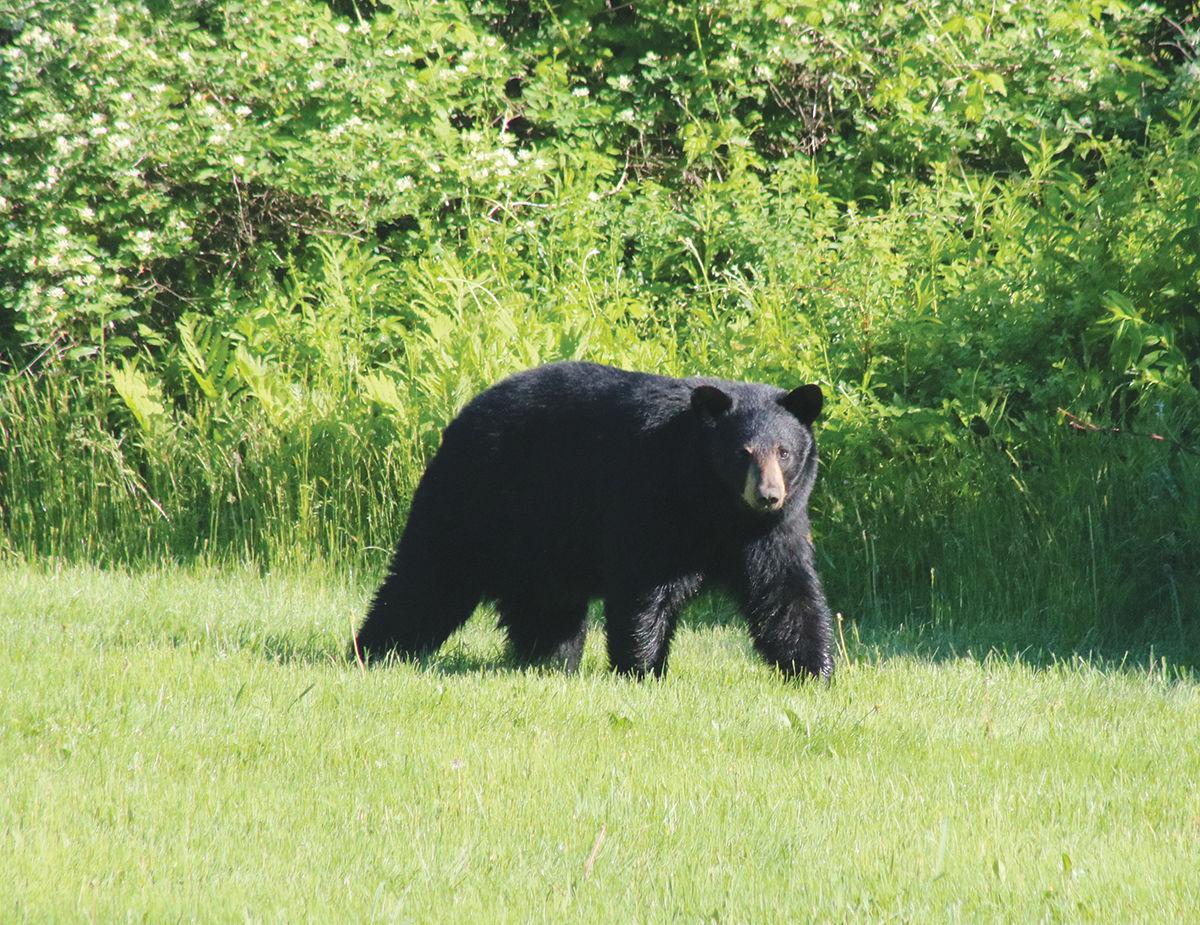 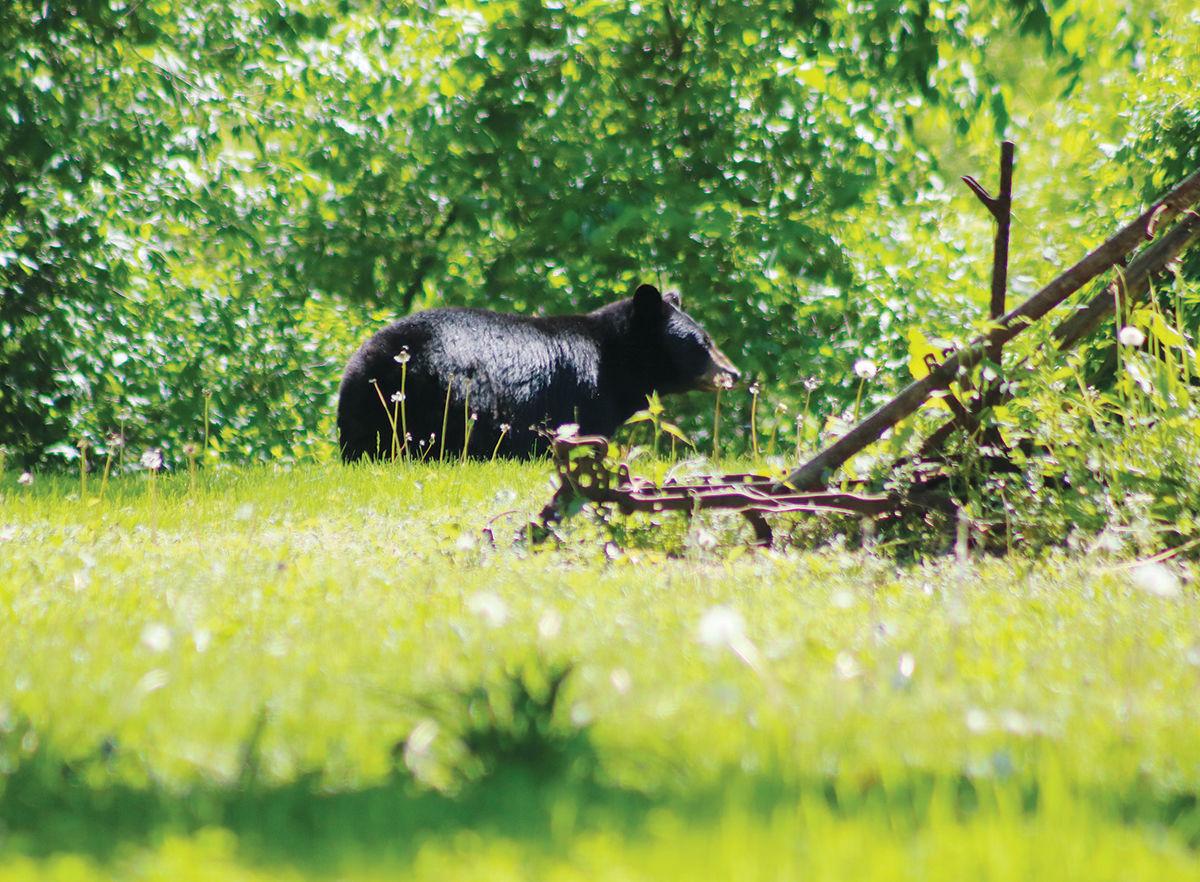 This bear, lumbering through traffic on Stagecoach Road in Stowe, is suspected to be the one that came through a window screen into a Stowe woman’s kitchen.

Spring is in full swing and bears are everywhere, even in a Stowe resident’s kitchen.

A bear broke through a window screen at a Little River Farm Road home on Monday, looting the kitchen for easily accessible food and leaving before the homeowner returned.

That kind of smash-and-grab is highly uncommon and raises concern that the bear has shed its instinctual fear of humans and will continue or even escalate its behavior.

Wardens and experts at the Vermont Department of Fish and Wildlife work hard to identify and change bad bear behavior before it requires any violent action. They say humans need to change their ways — leaving less opportunity for the beasts to find easy food — to ensure the animals don’t endanger people or themselves.

Bears have been roaming through downtown Morrisville and have been seen widely near homes elsewhere in Lamoille County.

But in your kitchen?

“I have a few Vermont wildlife stories, but this was a crazy one,” said Edee Simon-Israel, whose kitchen was ransacked.

Simon-Israel left home around 9 a.m., and left her windows open, as many Vermonters do. When she came back three hours later, she found her kitchen tossed and freezer wide open.

She stood in the doorway, unsure of whether the home was safe. “It wasn’t immediately apparent what had broken into my house,” she said. She walked down the road to her neighbors’ home and they came with her to investigate.

With posse in tow, Simon-Israel investigated. Her compost was scattered everywhere and a bowl of vegetables was disturbed, most of its contents missing. The intruder also opened a bag of cocoa nibs and took a single avocado.

The freezer was wide open — the compressor humming away — but nothing was disturbed. “I guess he didn’t want anything cold,” she said.

The question now was, whodunit? Simon-Israel’s neighbor found the evidence — large paw prints throughout the kitchen and on the inner sill of the kitchen window, whose screen was now severely damaged.

“It wasn’t a raccoon,” she said. The paw marks were large, likely an older adolescent bear.

Simon-Israel contacted Ethan Coffey, the county game warden, about the break-in. Coffey took note and said he would check out the area, looking for the bear.

Simon-Israel didn’t expect a bear to come through her window, but she’s had run-ins with them before. “Years ago, a bear tore my outdoor compost apart,” she said, which is why she keeps it inside now. From now on, she’ll be keeping her ground-level doors and windows closed while she’s gone, and give any curious bears a scare with loud noises.

“I do not feel in danger. I don’t want any animals hurt,” she said, concerned that this bear’s actions would lead to its death. Fortunately, that’s not been the case.

After Coffey spoke with Simon-Israel, he contacted Forrest Hammond, Fish and Wildlife’s black bear biologist. They work closely on cases like this, formulating a plan to curb and change the bear’s patterns through human action.

“Chances are, this bear found other sources of food from neighbors and their backyards,” Hammond said. “We see bad behavior for bears as being progressive. At this point, this is starting to be scary behavior.”

It’s important the community act quickly, because if the bear’s already breaking into homes, it’s likely to get more bold.

He cited a 2018 incident in Groton, N.H., where a bear broke into the home of April Rodgers, 71, while she was in the bedroom. She investigated the noise and startled the bear. It was cornered and attacked her out of fear, fracturing her neck and destroying her left eye.

“This behavior is a red line,” Hammond said. If a bear attacks a human, it has to be killed.

People like Coffey “became wardens because they love animals. Sometimes they have to destroy a bear, but they hate to do it,” Hammond said.

It’s a common misconception that reporting bears that get into trash, or worse, will bring their doom. But those reports, and efforts made by local residents, can identify a problem bear early and help bad bears change their ways, Hammond said.

Here are ways people can keep their relationships with their wild neighbors on good terms:

• If a bear starts acting out or getting into food or refuse, report it to the game warden. Even the spare bag of trash is important to report, because it allows wardens to identify problem bears early and get the word out to locals.

• Cut off the source of food. Bird seed, compost and other garbage needs to be kept in an enclosed space the bear can’t get to.

• Chickens and bees should be protected. An electric fence needs to be scent-baited to lure the bear into contacting their sensitive tongue or nose. A cheaper solution is a motion-sensing noise device (one product is called the Critter Gitter) that will scare away any predators.

• Scare a bear away with noise. Too many homeowners shoot bears with shotguns, Hammond said, leaving them injured. Use pots and pans, a whistle, or your voice to scare away a curious bear.

• For added effect, shoot a bear in the rear with a slingshot or paintball marker. That simulates what bears do in their society. This “spanking” will send the message without doing permanent damage, Hammond said.

A family of bears is roaming around downtown Morrisville, and Vermont Fish and Wildlife is asking village residents to help minimize the danger.