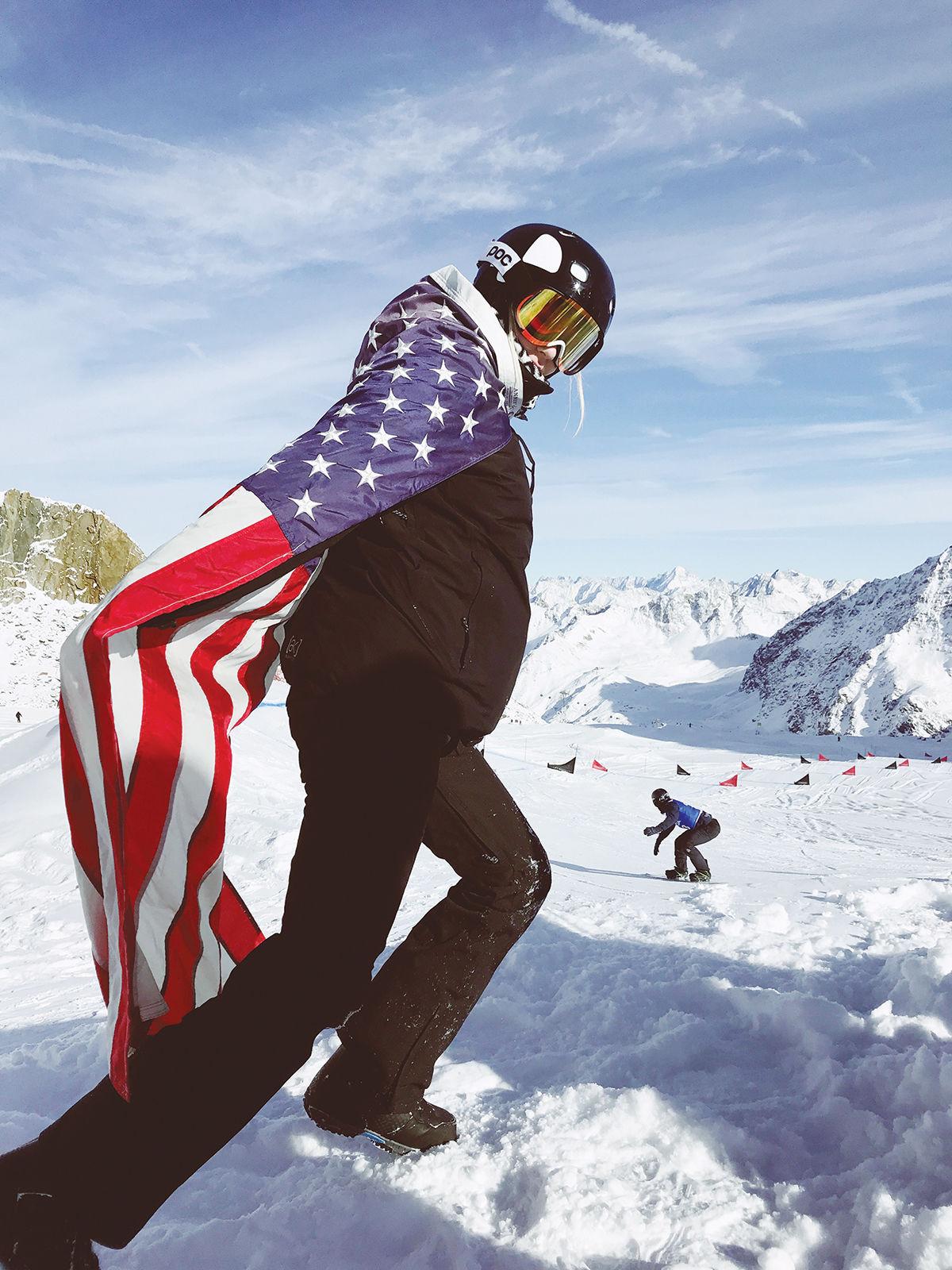 Stowe native Acy Craig is competing for the United States in the World Youth Olympics in Switzerland. 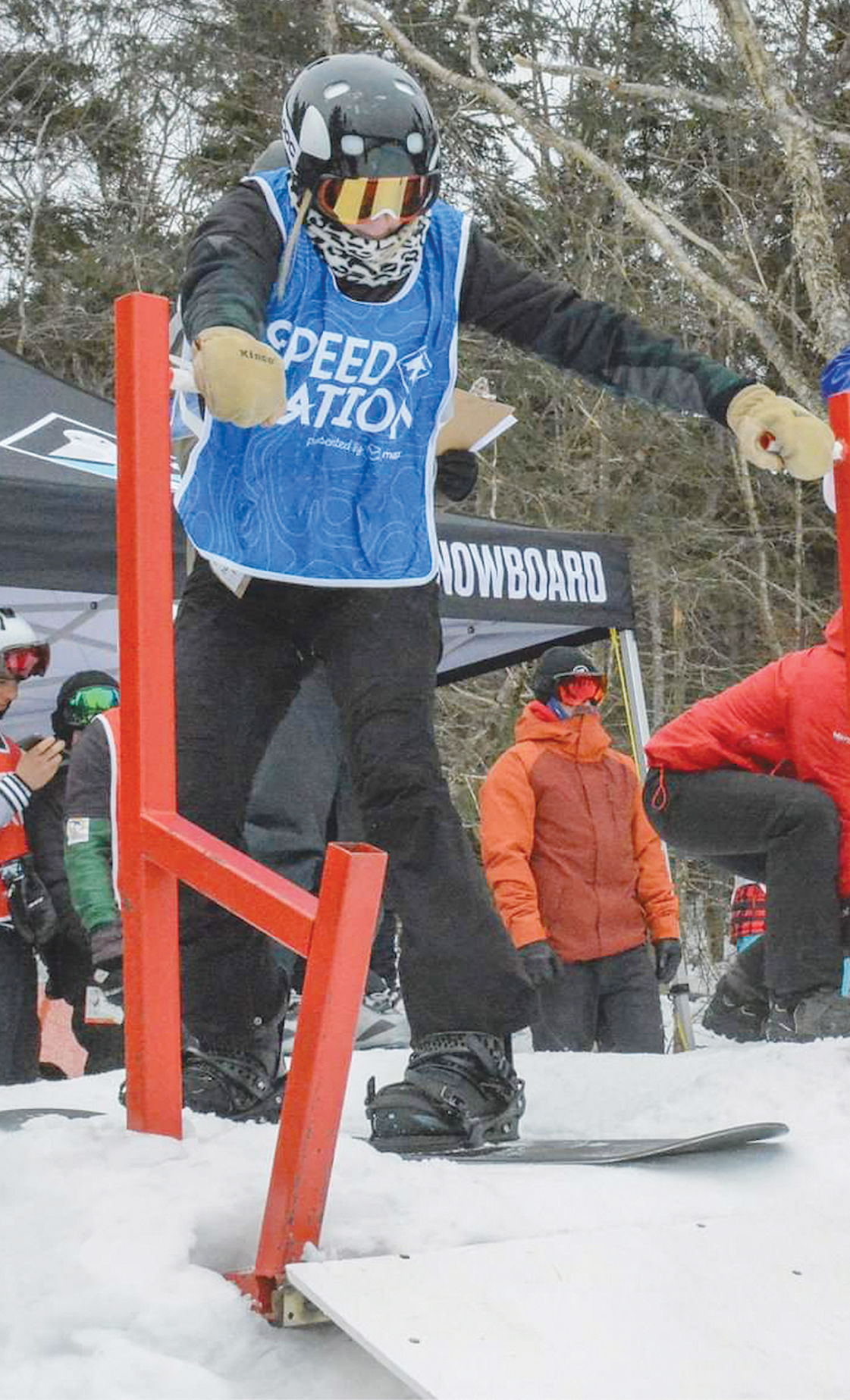 Acy Craig in the starting gate. 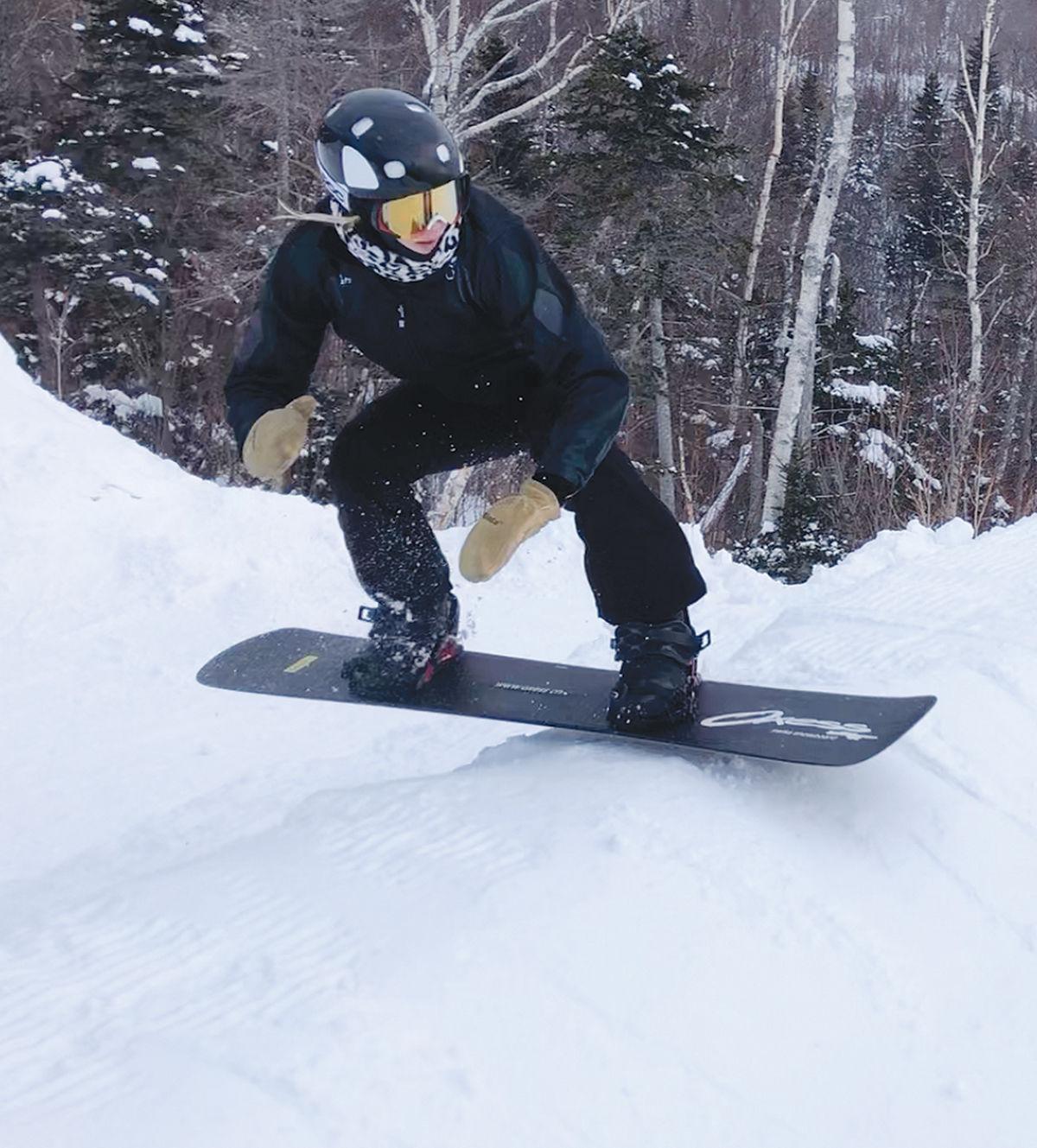 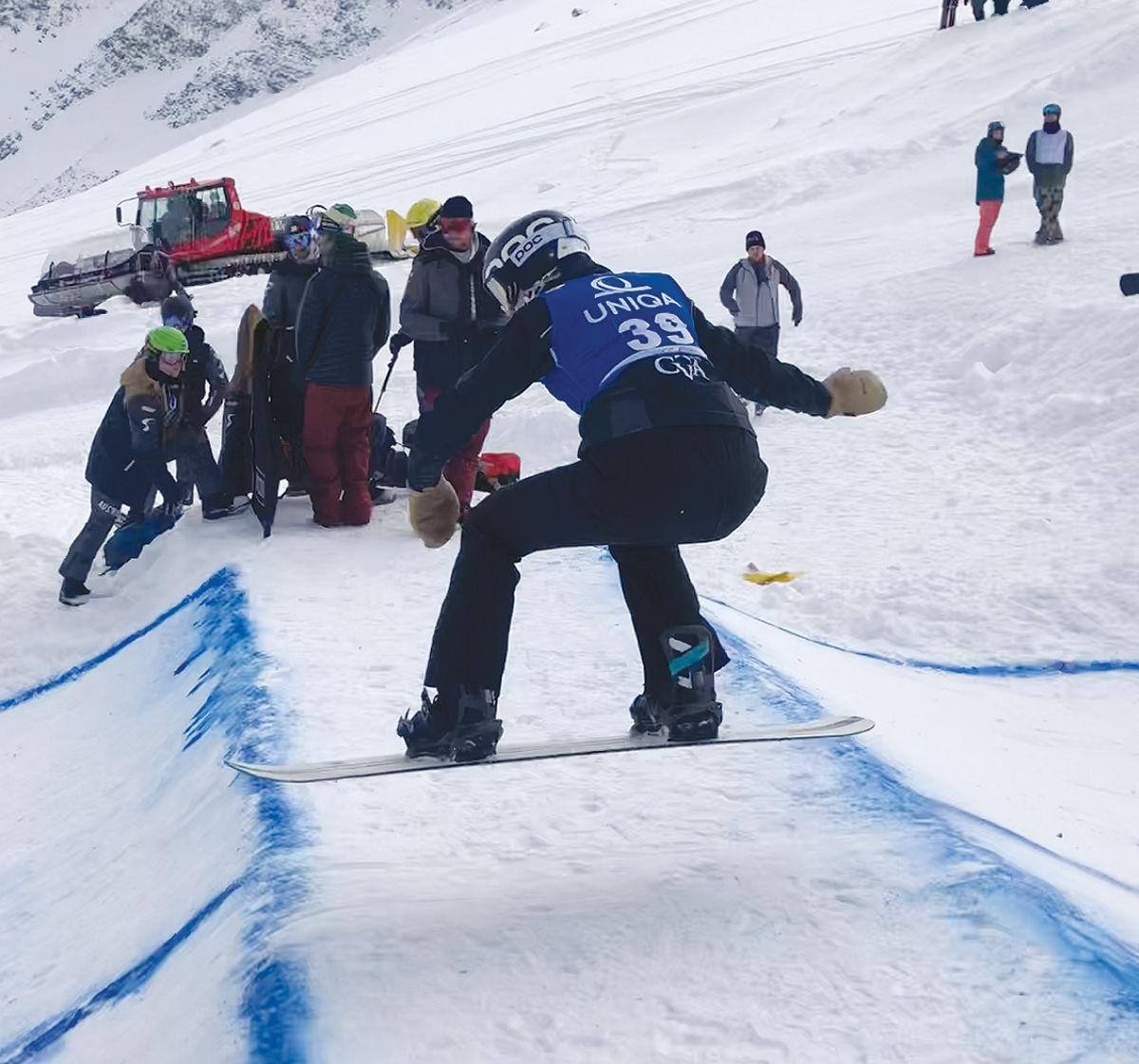 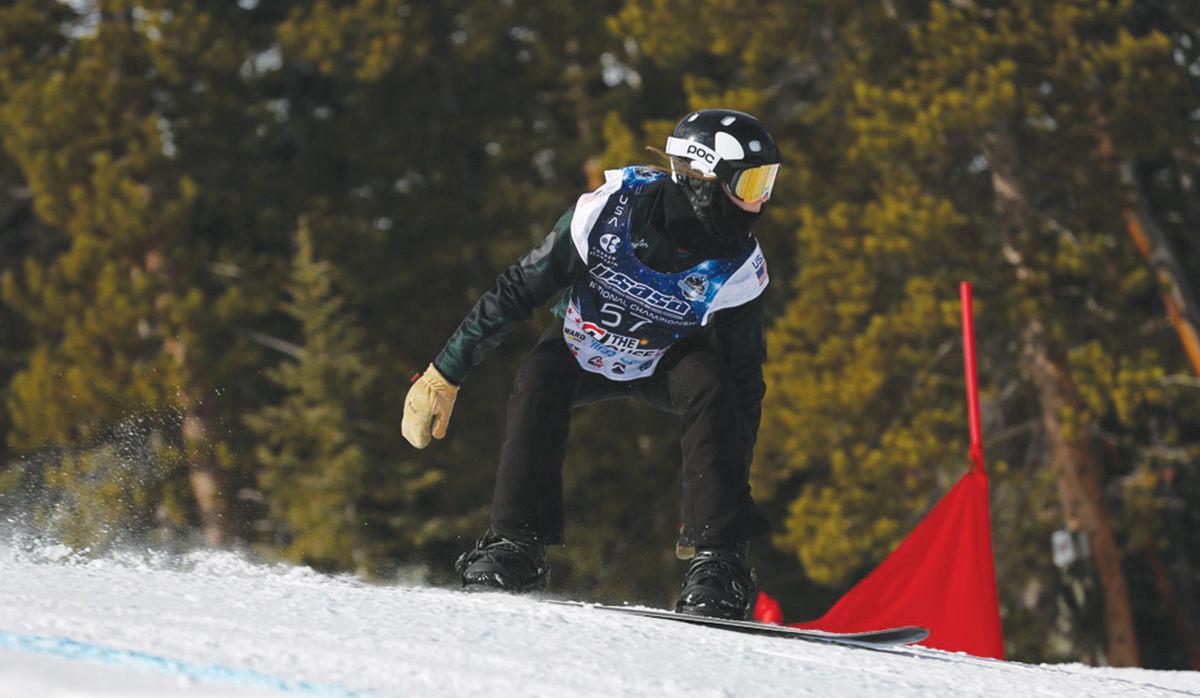 Stowe native Acy Craig is competing for the United States in the World Youth Olympics in Switzerland.

Acy Craig in the starting gate.

It’s one thing to be good at snowboarding. It’s another thing to suddenly realize you’re one of the nation’s top two riders in your discipline when told you’ve qualified for a world championship.

“I have goals for myself at each race, but the more you push yourself, the more goals you get,” Craig said. “I had no idea about this event until my mom told me about it last summer. And then I was so frazzled.”

“I don’t know,” said her mother, Piquette DiPiazza. “I’m not nervous for her, because she’s pretty confident and she’s been working at this all her life.”

Added her dad, Alan Craig, “She tends to get nervous, and that’s when she does better. So, I hope she’s more nervous than me.”

The term “olympics” may be used to describe a lot of rather pedestrian events, from summertime drinking games for former athletes to playground games for budding sports stars. These ones, however, are Olympics with a capital O, affililated with the International Olympic Committee, and held every four years since 2012.

Craig competes in boardercross, and her races are on Jan. 20 at Villars Winter Park. She said there will be livestreams of the competitions as well as television coverage on NBC’s Olympic Channel. For a ton of information on the Games, go to lausanne2020.sport.

Craig, in town for the holidays after a two-week training session at Colorado’s Copper Mountain, said there’s some redemption at play in her trip to the Junior Olympics.

A little over a year ago, she injured herself while training for the junior world championships. She had to skip that competition in favor of rehab.

“I knew she was going to be fine, but I just knew she would be so disappointed,” Piazza said. “But she’s a strong girl, and it was amazing for her to go through that.”

The accident happened while Acy was at Mount Snow for two days, and on the second day, the conditions changed enough so she misjudged the jumps she’d been on just the day before.

“It was much faster the second day, and I overshot the first one and then, going into the second one, I really overshot it,” she said. “So, I went like off the jump, really high up in the air, and landed straight to flat.”

DiPiazza said it was her daughter’s first major crash and major injury, despite competing more than half her life

“It was bound to happen,” DiPiazza said. “So, when I got the phone call, I knew right away, because the coaches never call. They text or something.”

Despite the crowd-pleasing sight of a snowboarder popping high into the air, maybe with some rotations and grabs thrown into the mix, success in boardercross often comes from keeping your board on the snow. You go faster that way.

Craig said air time consists of split seconds, and although she’s aware of her surroundings — the rustle of a nearby competitor’s clothing, or a glimpse in her peripheral vision — it’s largely instinct.

So, lying there on the hard-packed snow after her crash, she said, “I was beyond confused.”

Craig suffered a broken wrist, compression fractures to her vertebrae, and a messed-up knee. That was the end of her season and the beginning of rehab.

“Basically, I couldn't bend over, couldn’t dress myself for a while, especially with my wrist, because I only had one hand,” she said.

Her back still hurts a little bit, but hasn’t affected her form on the course. The psychological mind block was the toughest part to overcome, especially when taking her first jumps in training at Copper. After those, though, she said it was back to business as usual.

“She knows she’s in an aggressive, tough sport, and she knows you have to move forward, and I think she just powers through it and deals with it,” Alan Craig said.

Craig said she’s has been snowboarding since she was 5, when she told her parents she wanted to ditch the skis she’d learned on and switch to a board. DiPiazza worked at the time in the Stowe Mountain Resort ski and snowboard school, and she said her daughter was a fixture there.

“Her first year of skiing, she was turning 4, and she skied like 60 days,” DiPiazza said. “Saying hi to everybody, with hot chocolate all over her face all the time.”

Craig got so good that regular high school didn’t cut it — Stowe High School, despite its location in the “ski capital of the east,” only recently started a snowboarding club.

Alan Craig was his daughter’s coach for the first several years of competition, during which she nabbed five out of seven national U.S. Snowboarding and Freeski Association championships. Once she finished seventh grade at Stowe Middle School, the family felt it would better if she went to a school where she’d have access to more regular instruction — her parents do have day jobs.

“I wish I could have taken her under my wing the whole time,” Alan said. “But truly, at the end of the day, getting on snow five to six days a week and getting an education is the way to go.”

Acy attended Carrabassett Valley Academy in Maine for a few years before transferring to Stratton last fall. Alan says her favorite coaches at Carrabassett had left, which led her to Stratton.

Ross Powers, the gold medalist in halfpipe at the 2002 Winter Olympics, is the director of the Stratton Mountain School. Alan said Powers had followed Acy’s career and has been trying to bolster his boardercross team, so landing Acy was a good get for Stratton.

In a way, she’s still getting to know her teammates, as they train nearly every morning at either Stratton Mountain or Mount Snow.

First to the line

Riding a boardercross course is similar to stringing together all of the elements in your typical ski resort terrain park into one continuous line. There are tight cambered corners, berms, rollers, sudden dropoffs, tabletop jumps, kickers of varying degrees of steepness and flatness.

Four, five or six riders use the course at the same time — fewer riders in the younger levels — and collisions are common. If you fall or get stuck behind a rider, sometimes the only way to pass her is if she makes a mistake.

Craig has gotten as good as she is by simply making fewer of those mistakes.

“I’ve been in races where I’ve been first out the gate, somebody passes me and I pass them, and back and forth,” she said. “It all depends on the way that you work all the features.”

When Craig was just starting in her racing career, she wanted to compete for all-around gold, but that involved being adept in the halfpipe. And while she’s capable in the pipe, there simply aren’t enough in the East to get practice on. Riders are typically granted waivers at the lower competition level, and that was good for young Acy.

Now, she just concentrates on boardercross. And she has good training partners in her parents when she’s in town, and not with her team.

“It’s nice to spend the time together doing the things she loves,” Piazza said. “She’s no longer my little baby, though. Now, she’s blowing right past me.”

“I definitely like going fast, and I like riding in the woods. Those are two of my favorite things,” Acy said.

Alan got wistful talking about a recent outing at Stowe, when he got to the mountain early and waited for Acy at the base of the Quad.

Please, Stowe, can you help us?