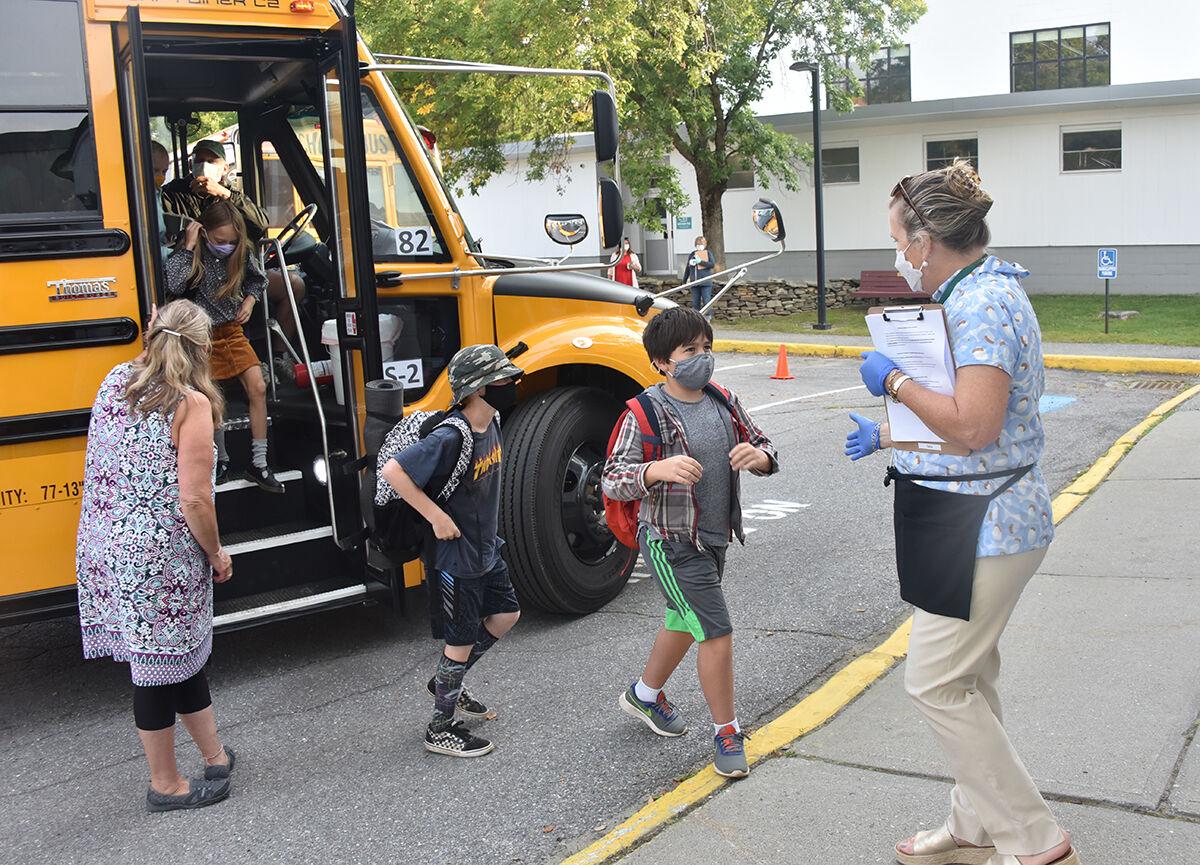 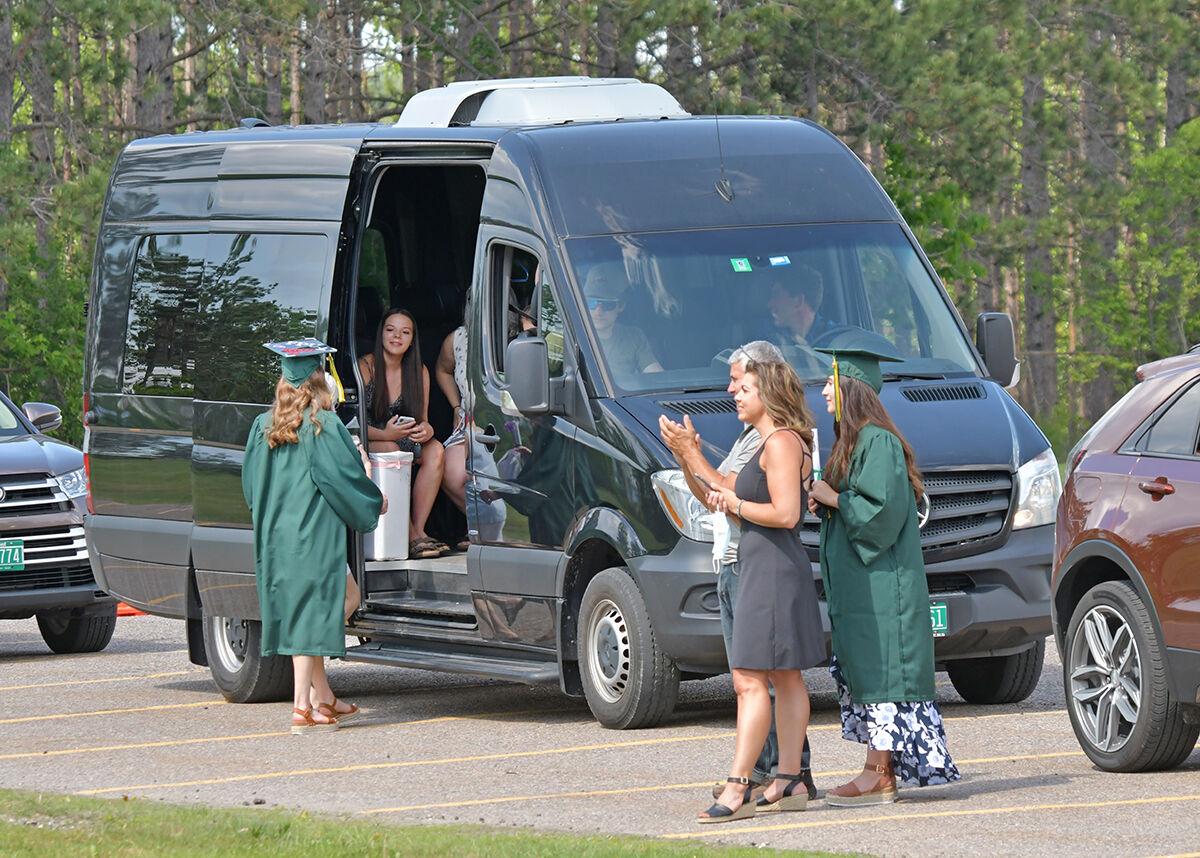 High school graduations still had plenty of pomp, despite the circumstances. Here, Peoples Academy graduates participate in a parade around Morrisville, where well-wishers lined the streets and cheered, and parents and students filled the air with honking horns. 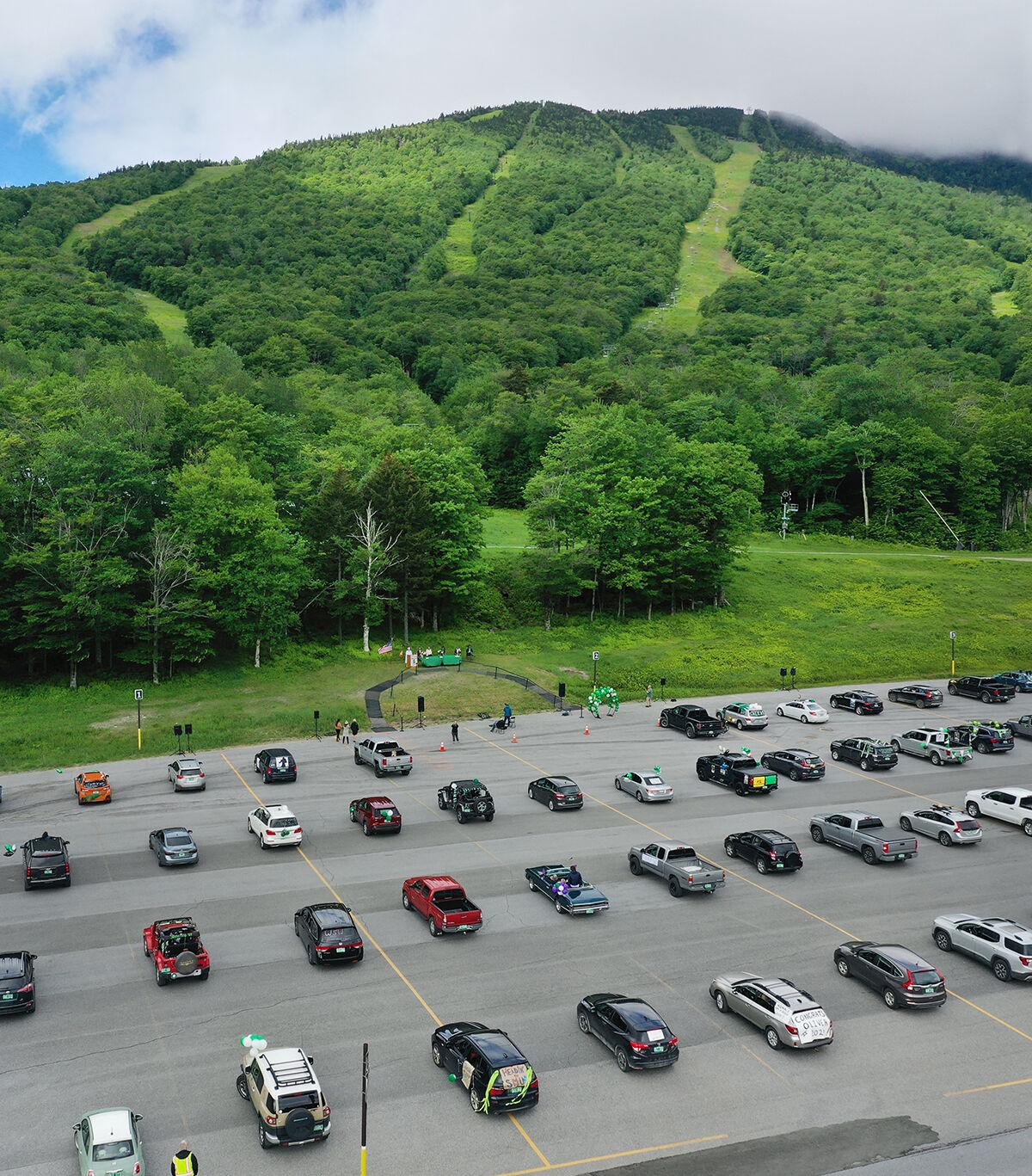 Graduation, Stowe-style, as grads and their families socially distance themselves and their vehicles during graduation ceremonies at Mount Mansfield. 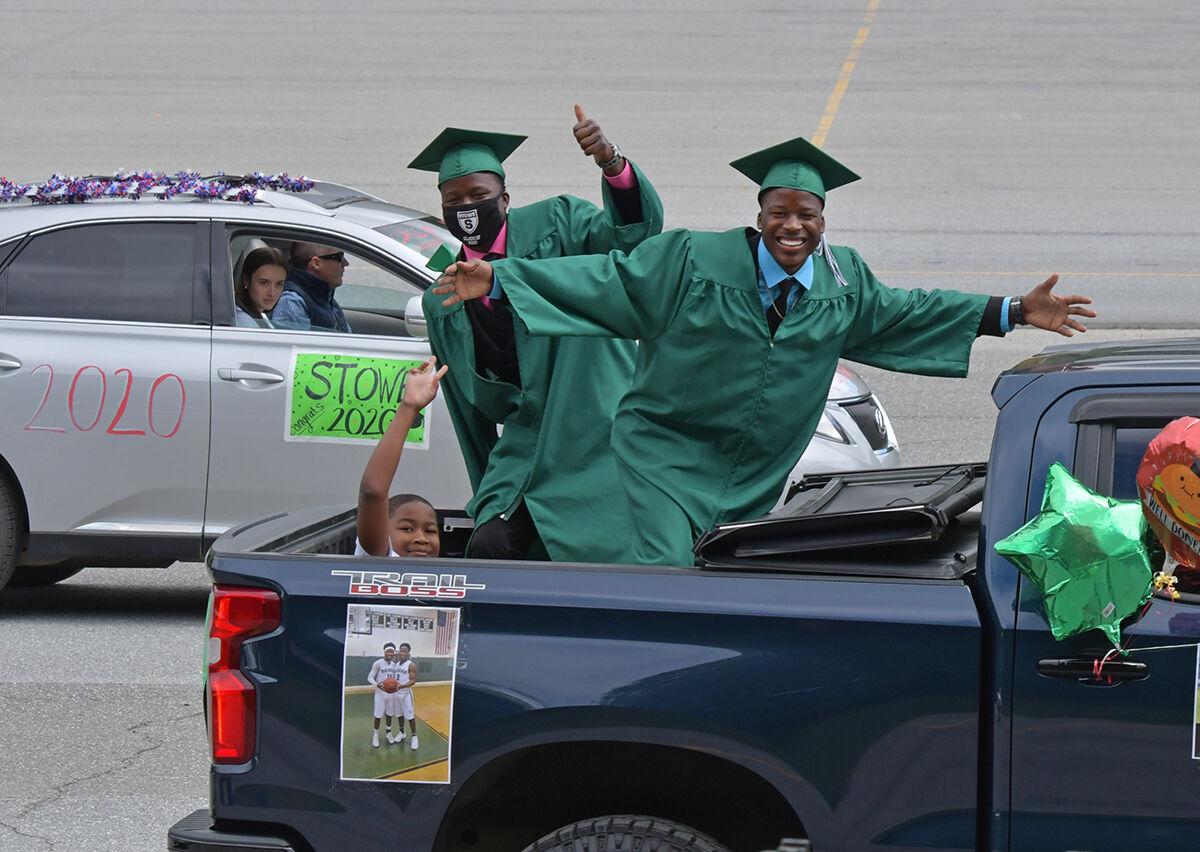 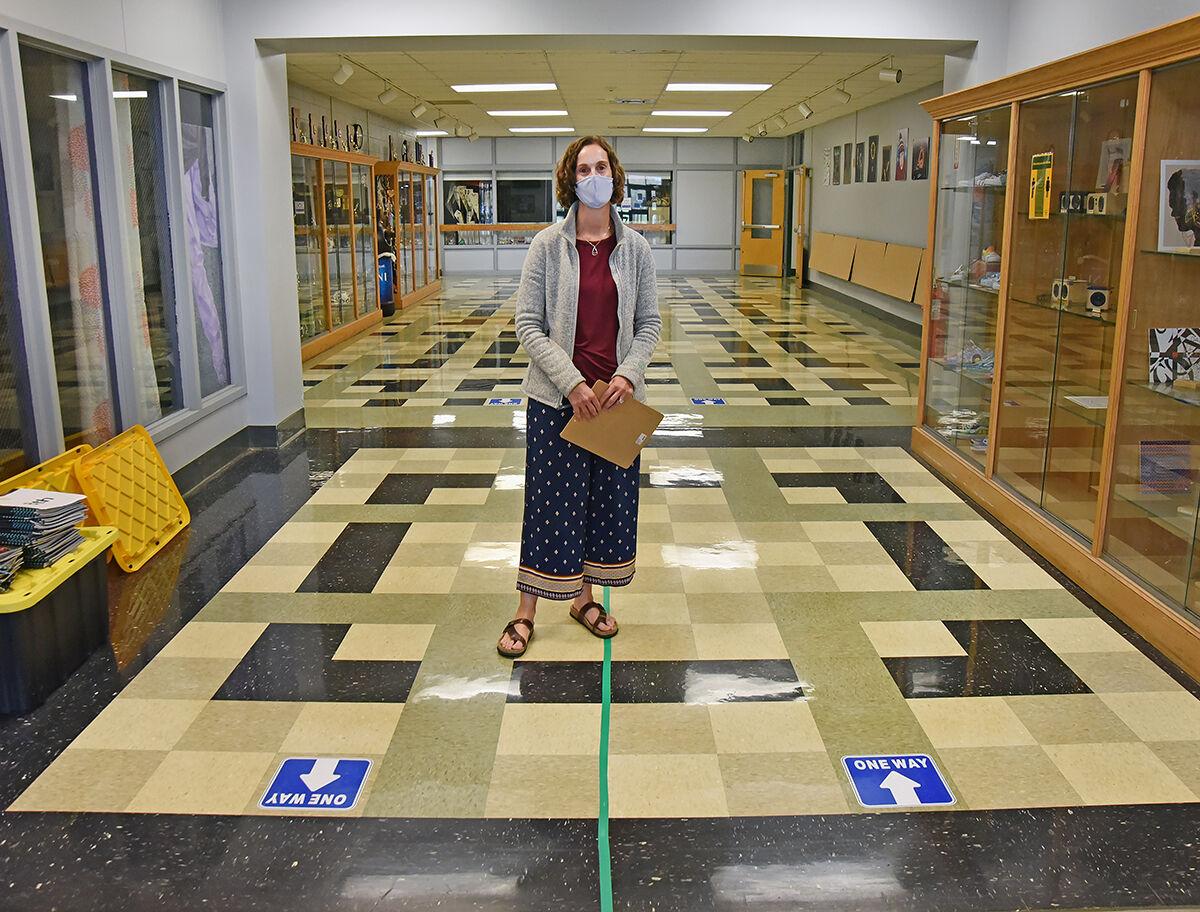 High school graduations still had plenty of pomp, despite the circumstances. Here, Peoples Academy graduates participate in a parade around Morrisville, where well-wishers lined the streets and cheered, and parents and students filled the air with honking horns.

Graduation, Stowe-style, as grads and their families socially distance themselves and their vehicles during graduation ceremonies at Mount Mansfield.

“Stowe High School has canceled a field trip to China amid worries of a worldwide outbreak of coronavirus first identified in that country’s Hubei Province.”

That was the lede of a Feb. 6 story in this newspaper describing how the school had, a week earlier, pulled the plug on the trip. It was a judgment call made two days before the World Health Organization deemed the rapidly spreading outbreak a Public Health Emergency of International Concern.

A month later, a group of 21 Lamoille Union High School students, staff and family members were on a school trip to Italy when coronavirus cases began to spike in that country. The group left for Italy on Feb. 23 and was slated to return on March 3, but came home early after a warning from the U.S. government.

The trip home was a harried and terrifying mixture of last-minute plane trip back to the states and a long bus ride home from Washington, D.C., the closest airport that could be found on emergency notice.

March 18 was the last day any student in Vermont would step in school for the remainder of the 2019-2020 school year. Teachers and students all abruptly pivoted to online learning, and parents adjusted to having to mix work life, domestic life and school life into their daily routines.

Schools shut down for the rest of the school year

No certainty that schools will reopen in the fall

Educators bundled academic care packages for kids to use at home — bags full of learning supplies, such as reading books at each child’s level, writing journals, art supplies, math and spelling games, and iPads loaded with learning apps.

Cafeteria workers got very good at providing boxed lunches for youth, and not just those who attended school. Everyone under the age of 18 was eligible to receive lunch every day from the school. Lamoille Union mobilized its otherwise immobile buses to deliver the food in a long, yellow, public version of Uber Eats.

Everyone spent way too much time with screens.

Graduations were quite different — Stowe High School held its in the Mount Mansfield parking lot, cars lined up like at a drive-in theater (something else that made a comeback in 2020). Meanwhile, Peoples Academy went for a drive-by style, with students being chauffeured through downtown while masked spectators cheered from the sidewalks and road shoulders.

Governor: Schools will open this fall

Schools planning to reopen with multiple sets of rules

Back to school in person, mostly

Return to college campus in person or be remote?

Campus tour: Go with the flow at Stowe High

Back to school: First days and one-ways from an 11th grader

The start of the new school year saw students and teachers tentatively enter the school buildings again, although it was under vastly different circumstances. A summer of maneuvering one-way aisles in grocery stores and other businesses came in handy as schools instituted new flow patterns. Some schools had kids in school twice a week, some all five days.

Custodians brought out high-tech sanitizer backpacks to spray the air and air scrubbers to filter particles out. Kids behaved, for the most part, keeping masks on, studying outside whenever they could, winning a couple state championships.

Schools can relax COVID-19 restrictions, but don’t have to

Things seemed to be getting better, and then the veritable bubble that Vermont seemed to have constructed around itself, resulting in nation-low cases of COVID-19, began to crumble. More cases began to show up in the schools.

But, remarkably, there is scant evidence that the scattered positive cases among school-aged children actually came from within the school. All the hours of preparation over the summer may have paid off.

It may be that school is the safest place for kids, and it’s the outside world that’s the danger. A much-anticipated surge surrounding Thanksgiving didn’t happen.

As students and teachers prepare to go back to school for the second semester, the question remains: Did Vermont make it through the holidays intact?

The bulk of the December 30, 2020, issues of the Stowe Reporter/News & Citizen were a time capsule of sorts, with images and essays that s…

Remember that 1972 children’s book “Alexander and the Terrible, Horrible, No Good, Very Bad Day?” How quaint.