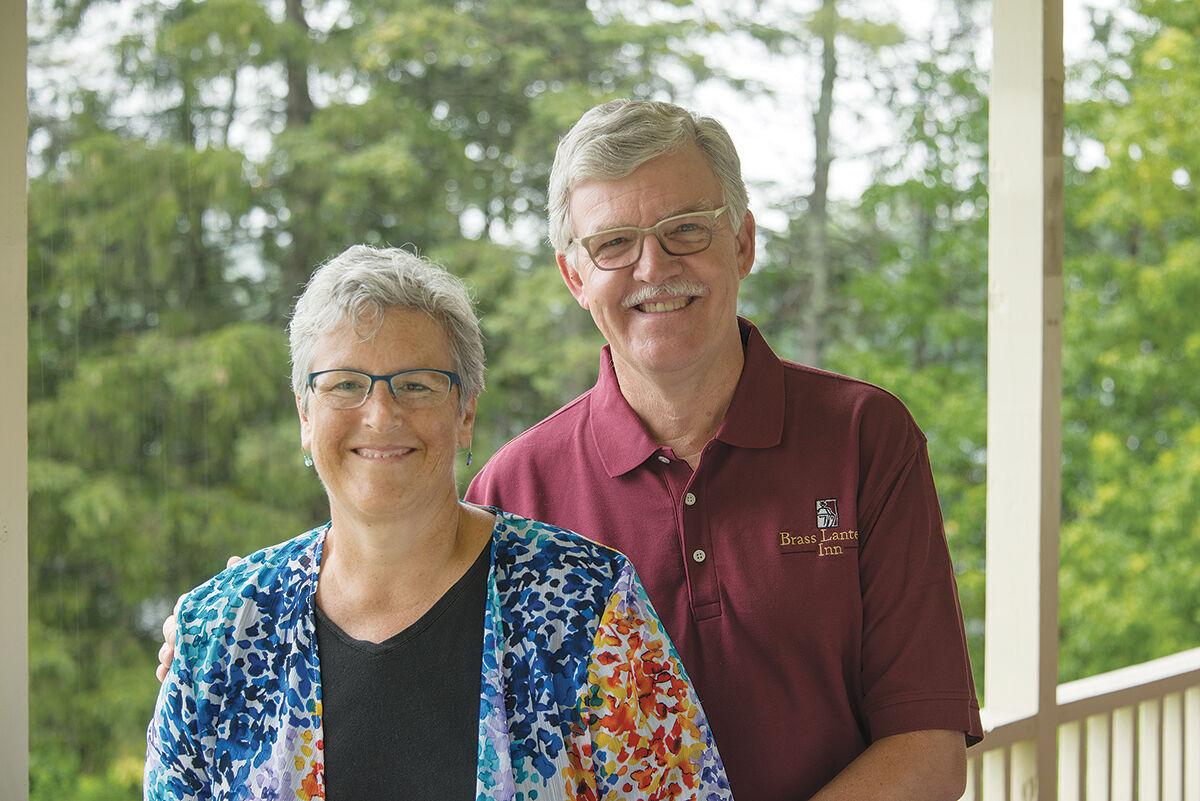 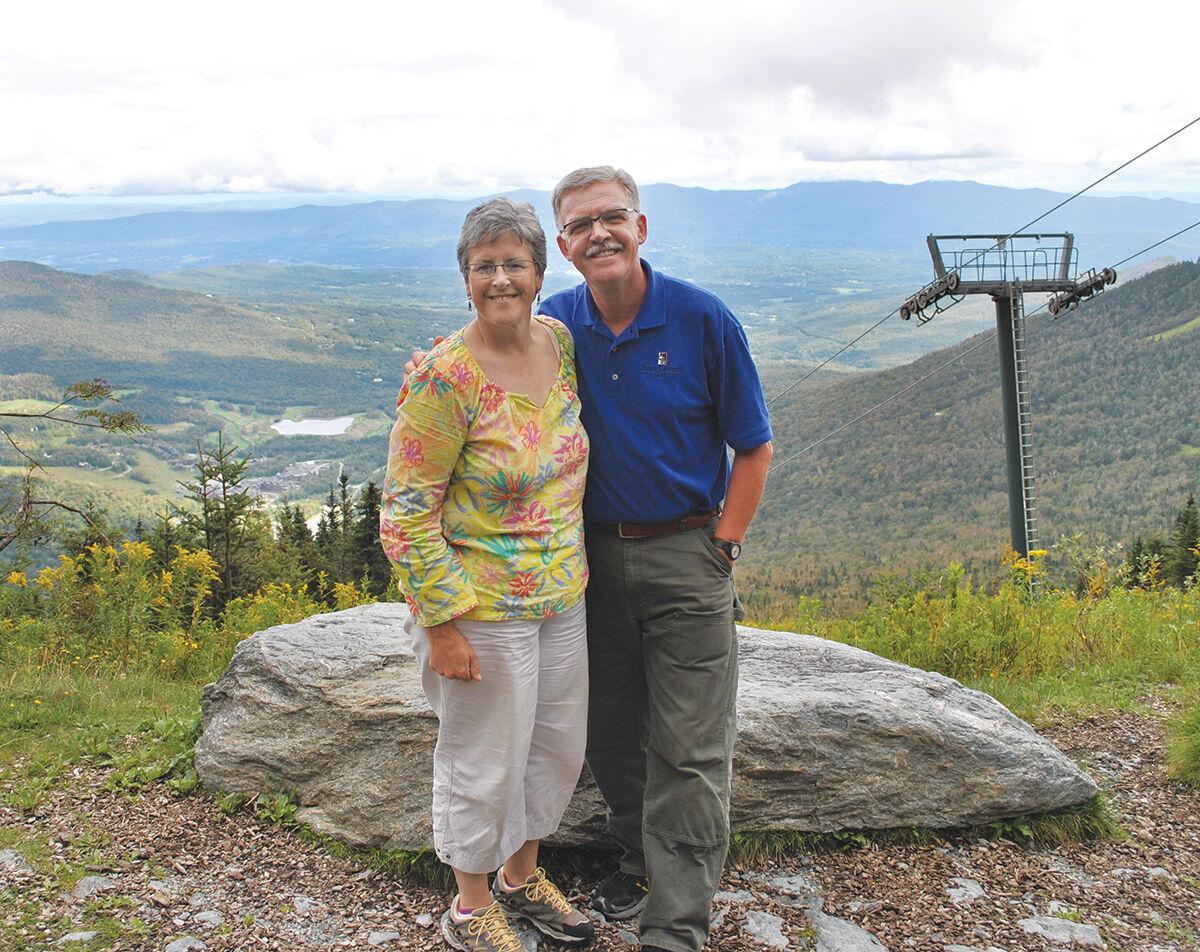 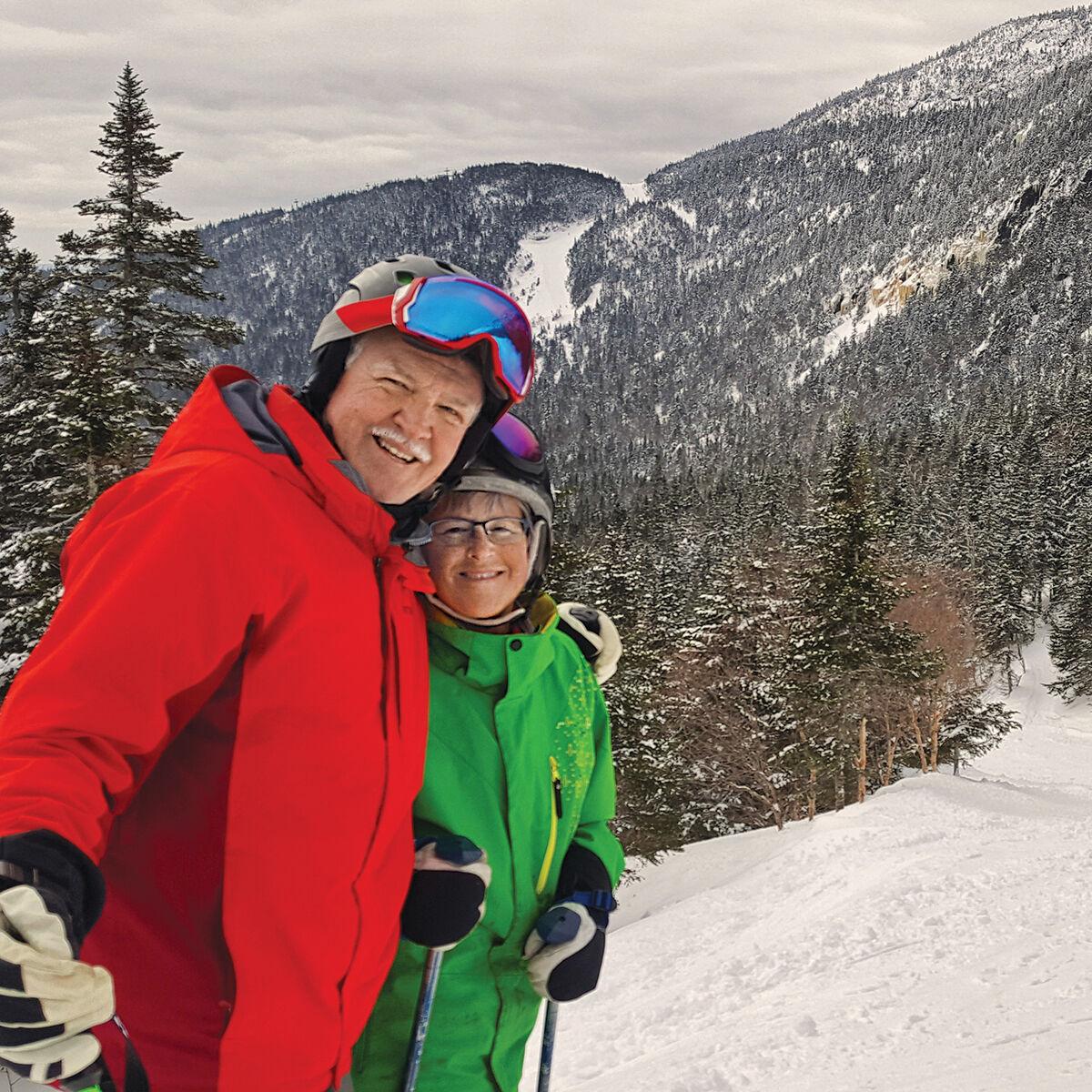 A couple who moved to Stowe a little over a decade ago, after buying a nine-room bed and breakfast in the throes of the Great Recession, has been named the top business owners by Stowe Area Association.

For George and Mary Anne Lewis, the owners of the Brass Lantern Inn, the venture was love at second sight.

The Lewises first met in Stowe during a 1983 cycling tour of the northern tier of the Green Mountain State.

Twenty-six years later, in 2009, they bought the Brass Lantern and moved from Baltimore.

George said the professional and social network of Stowe Area Association and other organizations made the family feel right at home right away, and helped them with marketing the Brass Lantern, located on Maple Street, near the village limits on the northern end of town.

“It’s been absolutely instrumental in the success of our business,” he said. “If we had to sit up here on Maple Street by ourselves and do it? No. No way.”

Last year, the Brass Lantern was named one of the top inns in America by TripAdvisor, earning the Travelers’ Choice award from the website.

According to a release from Stowe Area Association, the Stowe Business Person of the Year title is awarded to a member in good standing who is involved in the community with town projects or sits on a town board; is an ambassador of Stowe; and involved in the tourism industry.

The Lewises were unanimously selected by a committee made up of past winners. The announcement was made at a virtual holiday gathering in mid December.

“Mary Anne and George enrich Stowe with incredible enthusiasm and energy and dived right into the community as soon as they arrived,” Bruce Nourjian, co-owner of Commodores Inn and chair of the award committee, said. “They get it done.”

Right around the time of the 2007-2008 housing crisis, the Lewises were at a career crossroads, and decided they wanted to do the Bob Newhart thing, and buy and run a small inn. George said the banker even asked that very question: this isn’t the Bob Newhart syndrome, is it?

“I said, ‘No, but I do have two friends named Darryl,’” George said.

Mary Anne, an occupational therapist by trade, and George, a retired architect, looked up and down the Eastern Seaboard, from Florida to New England. A place in Chester caught their eye, and the Lewises stayed there, intending on taking in some skiing at Okemo, a 14-mile drive away.

They wanted to run a place that was convenient for skiers, but a friend told them there was a decided disconnect between Chester and Ludlow, and the Okemo resort scene.

“Mary Anne got on the internet and saw the Brass Lantern, and said, ‘Let’s go look at it,’” George said. “I said, ‘Man, that’s way north, and I want to go skiing tomorrow.’”

Mary Anne’s instincts proved correct, and soon the family — including three children, Patrick, Dustin and Desiree — moved up from Baltimore. There was something of a culture shock for the kids, and when Dustin first got out of the car, he crinkled his nose up at that good old Vermont perfume, cow manure. He came around, though; he went from wanting to immediately move back to Baltimore after graduating from Stowe High School to attending Johnson State College.

Mary Anne can often be seen at craft fairs with son Patrick. Born with cerebral palsy, blind and wheelchair-bound, Patrick has made a name for himself with his line of Purely Patrick jars — with the aid of some technology, he fills them with pre-measured mixes for home cooks.

George said the easy networking access and the participatory nature of Stowe government reminded him of life in Baltimore, a large city that feels small with its tight-knit and semi-autonomous neighborhoods.

He joined Rotary, which led him to Stowe Area Association, and is now its board president. He also serves as president of Central Vermont Adult Basic Education.

“I get to do all these things because I have Mary Anne here,” he said.

Not a bad turnaround for a couple of flatlanders doing business here for just over a decade.

“People are more down-to-earth and friendlier than you’d ever expect,” he said. “This town is unique in it has a ski resort up the road, but it’s not a company town.”