You are the owner of this article.
Edit Article Add New Article
You have permission to edit this article.
Edit
Home
State And World
Calendar
Special Publications
Multimedia
Marketplace
Classifieds
Contact Us
Follow Us
Donate
1 of 2 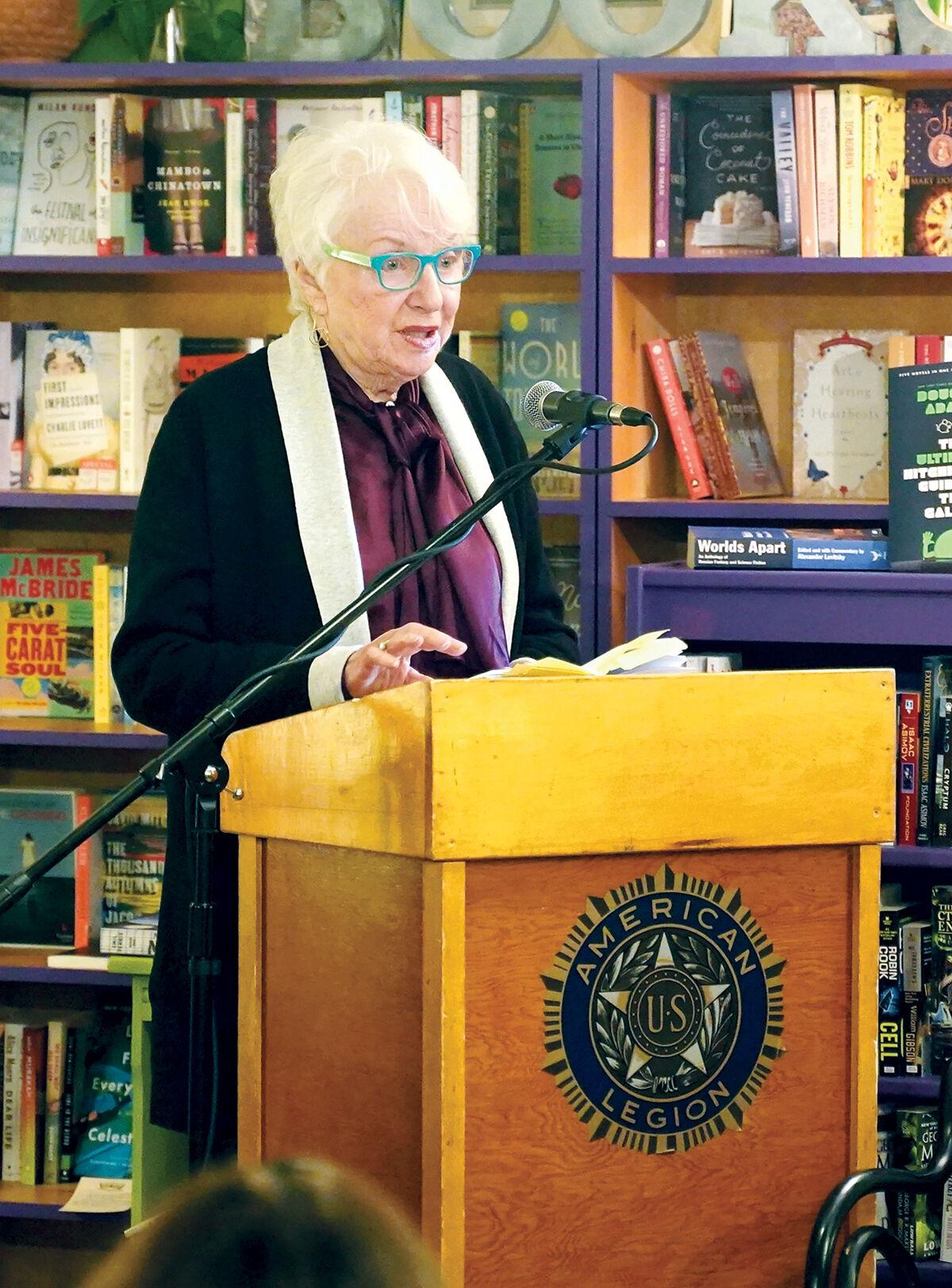 Madeleine Kunin speaks at a public event. The author served as Vermont’s only female governor. 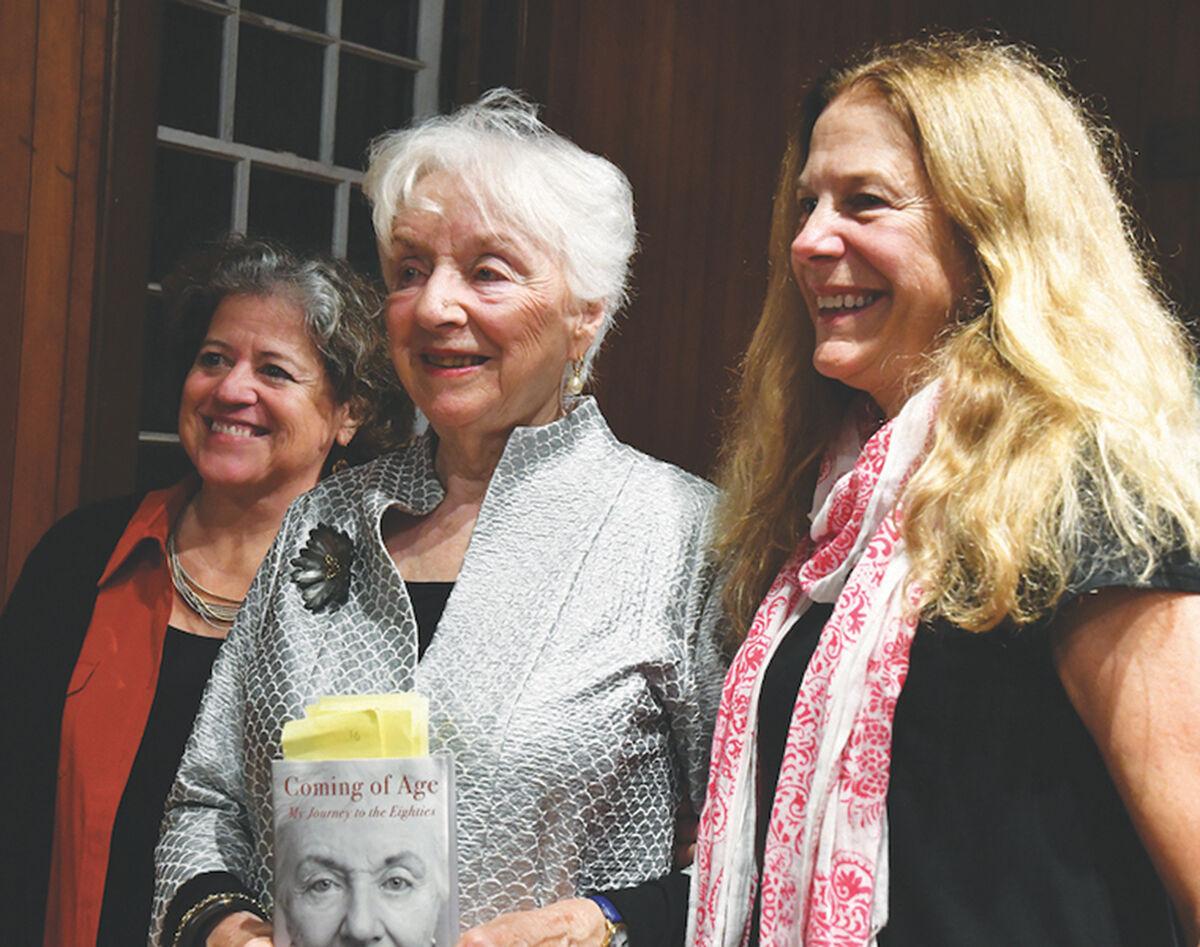 Madeleine Kunin poses with supporters – and her book.

Madeleine Kunin speaks at a public event. The author served as Vermont’s only female governor.

Madeleine Kunin poses with supporters – and her book.

At 86 years old, Madeleine Kunin looks back at her life and wishes she had done more.

She is an author, professor, former Vermont governor, U.S. Ambassador, U.S. Deputy Secretary of Education – and a mother.

“I just heard Obama give a eulogy at John Lewis’s funeral, and I thought to myself, ‘I haven’t done enough. I should do more, or, I should have done more with my life,’” she said.

Kunin spoke softly but confidently over the phone from her home in Shelburne – where she’s been riding out the pandemic.

“I’m very grateful that I had the opportunity to serve in public life. I look back and I did my best, but I also think at the age of 86 that there’s more to be done and I’m enjoying being a poet and reflecting on life in a deeper way than I could when I was in public life,” she said.

More than 50 years after the 19th Amendment gave most American women the right to vote, Kunin continued the work of early female trailblazers, helping pave a path for women in Vermont.

Kunin came to America at age six after she, her brother and widowed mother fled Switzerland during World War II.

“She was courageous. She brought us to America in wartime as a single mother,” Kunin said.

Her mother was also hopeful.

“She would say, ‘Anything is possible in America;’ and we believed that. That’s when the American Dream was still shiny,” Kunin said. “Seeing my mother struggle sometimes, not only over finances but over her life, made me want to be strong, I guess, and get a good education and a good job.”

And that she did.

It’s been 36 years since Kunin’s first gubernatorial inauguration. Other women have run for the office since, but none have succeeded in clinching it.

“That’s the question I asked myself a lot, and I don’t have a good answer,” Kunin said.

Part of the answer, she said, may be that people like incumbents. Also, she sees that there’s still a difference between women serving in a legislative role and an executive role.

“An executive is like a CEO and that’s still, somehow, a higher mountain to climb for lots of complicated reasons. But I’m very confident there will be a woman governor in the near future because there’s so many talented, great experienced women in Vermont right now,” she said.

Kunin founded Emerge Vermont 2013, a local chapter of an organization looking to grow the number of democratic women in public office. The chapter has trained 135 women, 35 of whom currently hold office, according to the organization’s website.

Although she has stepped back from her leadership role in the organization, Kunin remains a part of its efforts. And she has had a lasting impact, according to Jill Krowinski, Democrat, Chittenden 6-3, and Executive Director of Emerge Vermont.

“Gov. Kunin has been a mentor and an inspiration for so many women in Vermont who have run for anything from school board or selectboard all the way up to the governor. She’s tenacious. She is so passionate about empowering women and sticking with it and finding your voice,” Krowinski said.

As a young professional, she aspired to be a journalist. Kunin landed a job interview with the Washington Post just before completing her master’s in journalism at Columbia University.

But when the Post called her back with its decision, she was told they decided to give the job to a man.

She was angry – but undeterred – and continued applying for reporting positions, which led her to a job at the Burlington Free Press.

Her crossover into politics was inspired by the women’s movement but launched by accident.

In 1972, Kunin gave a speech before the Burlington Board of Aldermen election, saying a woman should serve.

Her neighbor mistook the speech as Kunin throwing her hat in the ring and nominated her for the position.

While she didn’t win that race, it led to a successful campaign for state representative just a few months later – one of a small group of females in the Vermont House.

Kunin gave her first speech on the House floor when the Equal Rights Amendment went up for a vote.

“I remember looking up in the balcony to see the other women who had lobbied for the ERA and I felt I was speaking for them and with them. It was a great feeling,” she said.

After two more terms in the House, Kunin made the leap to lieutenant governor, the state’s second highest office. She was the second female to serve that role in Vermont. Following two terms as lieutenant governor, Kunin ran for governor but lost the race to incumbent Gov. Richard Snelling. Two years later she ran again and succeeded, becoming the state’s first – and to date only – female governor.

“It was extremely exhilarating. There’s so much suspense in a campaign,” she said. “Losing is devastating. For anybody, male or female. I guess I didn’t want to go down in history as a loser, so that inspired me to run again.”

Serving as the first female governor didn’t come without challenge – something she said women in politics face today, too.

But the best thing for any politician – gender aside – is authenticity, she added.

“I had to live up to expectations of being tough enough or firm enough. But at some point, I said, ‘I can’t be anything else. I just have to be myself,’” Kunin said. “The hardest part – and it took me a long time to conclude this – is that when you’re in executive office, you just simply can’t please everyone.”