You are the owner of this article.
Edit Article Add New Article
You have permission to edit this article.
Edit
Home
State And World
Calendar
Special Publications
Multimedia
Marketplace
Classifieds
Contact Us
Follow Us
Donate
1 of 3 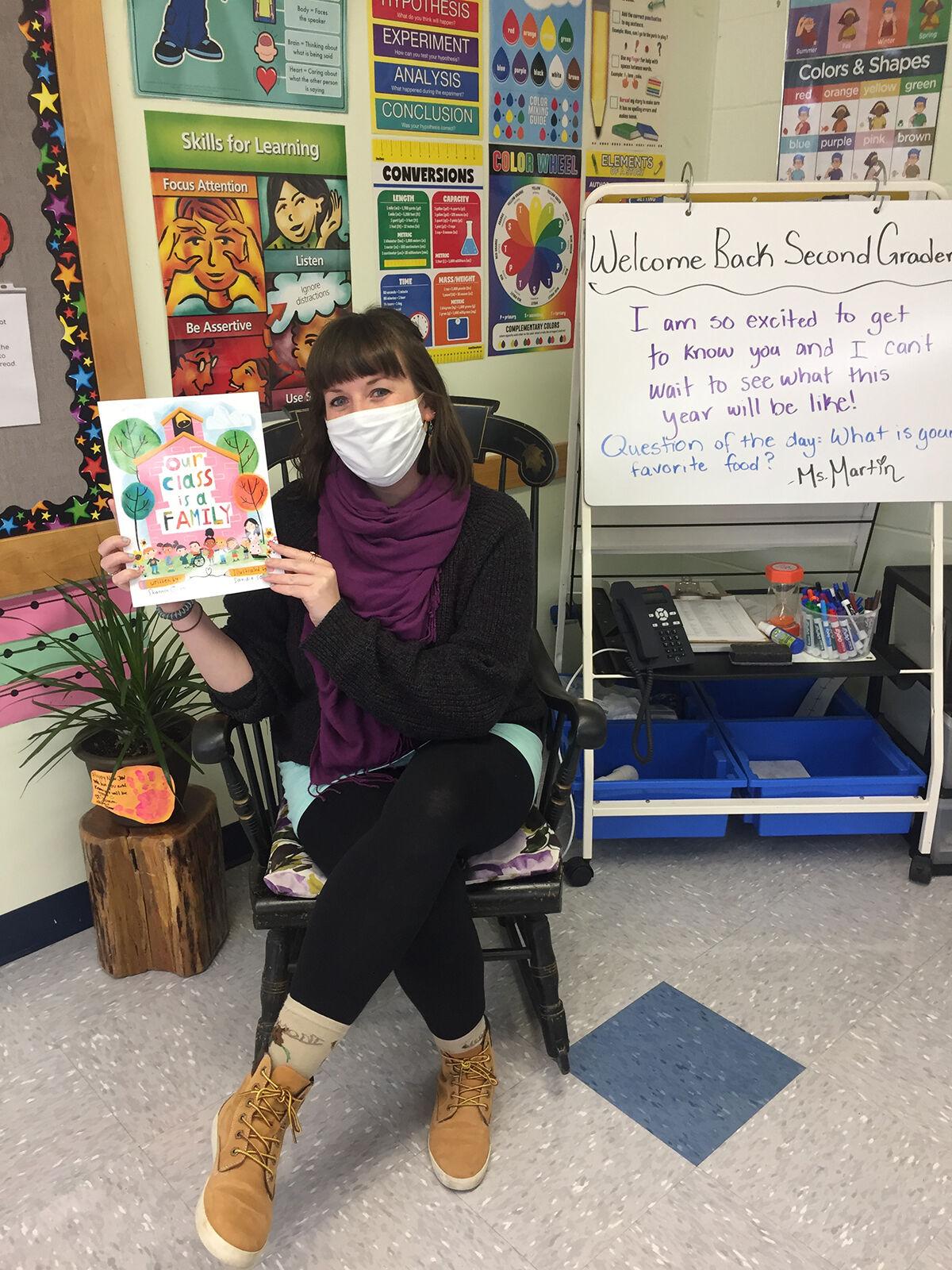 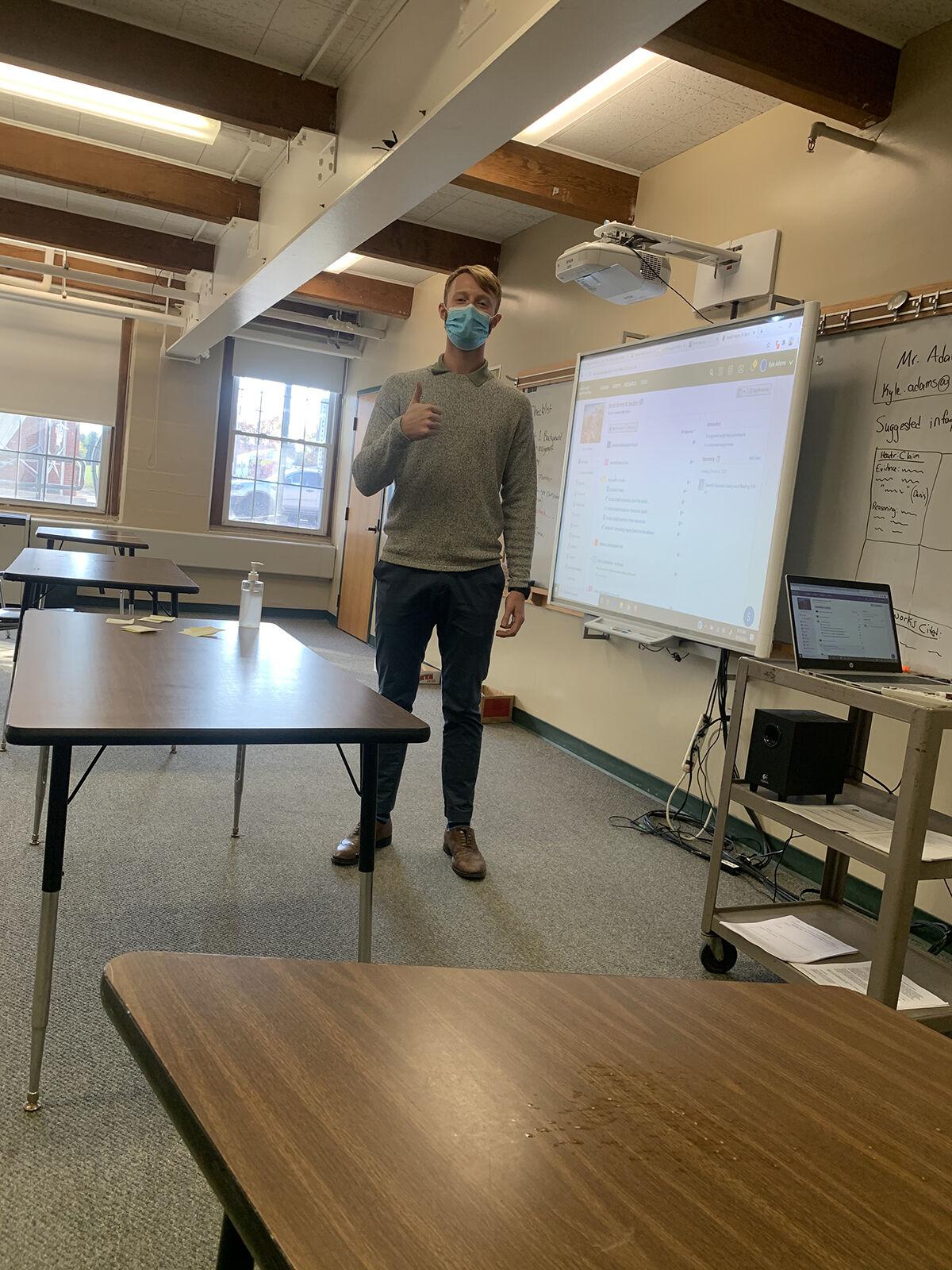 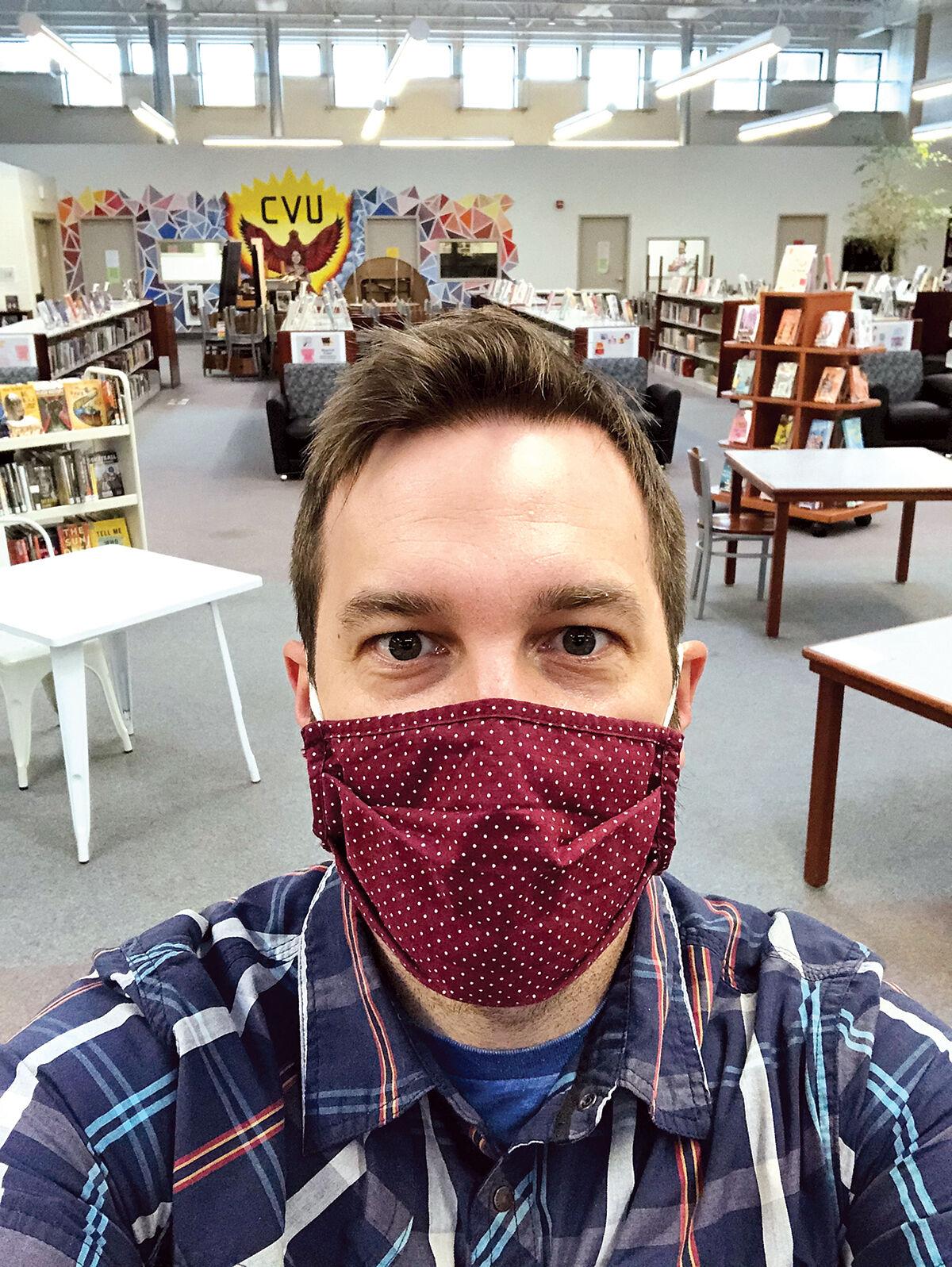 Ask a teacher and you’ll likely hear about unchartered territory because of COVID-19.

For first-year educators, it’s a safe assumption that the pandemic has hit their workday even harder.

While the pandemic has created new challenges, he believes it won’t be quite as hard as learning the first-year ropes.

“That first year of teaching, whether it’s pandemic or in-person, it doesn't get much tougher than that,” he said.

About a month into the new school year, Adams believes the hybrid learning model is going well. He’s grateful for the seasoned staff at Peoples and said he’s learned a lot in those first few weeks.

“I have great confidence in our leadership at P.A.,” he said. School leaders have found the balance between making swift decisions when needed, and listening to the concerns of teachers, he added.

Because of smaller, divided classes, Adams said he is forming a closer rapport with his students. It’s also a good opportunity for students to become mature communicators and share what works and what does not work.

“We’re really figuring this out together,” Adams added.

The hybrid model doesn’t come without its share of cons though. Adams said the model requires more organization on the teacher’s part, managing the work of students in school versus at home.

“Everyone’s doing their best and one thing that goes in a time like this is, you have to be okay with making mistakes,” he said.

Every teacher’s strategy is a little different, but Adams said he’s been trying to keep his Monday/Tuesday cohort and Thursday/Friday cohort on the same page.

Certain lessons can only be taught in-person, though.

While there’s risk to congregating during the pandemic, Adams said he feels comfortable with the health and safety measures that are being taken at Peoples Academy.

Students have worn masks and kept social distance from each other, he said. When there’s good weather they’ve also had the opportunity to do some outdoor learning.

Plus, the custodial staff has shared educational pieces including explaining the science behind the ventilation changes that were made to the building over the summer.

“I’ve felt safe. I haven’t talked much to other teachers, but everyone seems to be smiling and in good spirits,” Adams said.

Overall, he is feeling positive about this year’s outlook.

“I've been really impressed with the character of students,” Adams said. “I'm impressed with the buy-in to the safety measures, by students as well as the open-mind and the flexibility that the students have had as we all work together to hone what the details of hybrid learning look like.”

Adams believes this unique school year may also have a lasting impact on education, with elements like remote student check-ins.

“My hope is that schools in Vermont are really open to those positive features that might be permanent,” he said. “We have an opportunity to transform some of our methods that may have been stuck in history.”

Schools can relax COVID-19 restrictions, but don’t have to

This fall, Lauren Martin, originally of Craftsbury, made a move from 10 years of teaching pre-K at Trinity Children’s Center in Burlington, to teaching second grade at South Burlington’s Gertrude Chamberlin School.

Martin is eager to begin the new role, COVID-19 notwithstanding.

“Obviously there's stress that comes along with operating a school and a global pandemic. But I have to say that I feel extremely fortunate and I came into a program and a district that is really supportive and really organized,” she said.

So far, she’s seen social and emotional support made available for students and felt like her superintendent really involved and working well with principals.

“It feels incredible. It’s a great team to be on,” she said. “I do think I’m very fortunate to have fallen into this wonderful role.”

Each week Martin instructs half of her class of 15 on Monday and Tuesday, the other half on Thursday and Friday. Wednesdays are spent in remote meetings while the school gets cleaned.

It’s been a nice opportunity to provide one-on-one instruction, Martin said, but this model does call for planning more lessons to fill the extra time when one group inevitably finishes lessons faster.

Teaching with a mask on has been an adjustment too — Martin has several students whose first language isn’t English. Reading lips is usually helpful for English Language Learners, she said, so she’s made sure to offer visuals in addition to speaking.

“For me, personally it’s been hard. I’m very social, I teach emotions, it’s like one of my favorite things to teach. It's so hard to do that behind a mask,” Martin said. But she’s worked with the students to explain what different expressions, like smiling, look like behind the mask.

“For them, it’s just making sure that we give them sufficient mask breaks,” she said. Students have the opportunity to go outside, distance themselves and take their masks off at certain points during the day.

“We respect the fact that wearing masks isn’t the most fun thing in the world,” Martin said. “They’re so flexible and friendly it’s easy to give that respect back.”

Martin hopes that as the school year progresses everyone can safely return to school full-time.

“I think it's such a slow and constantly changing experience so it's tough to say what it will look like. I just hope people keep the mindset of what's best for the students and their health and their emotional well-being,” she said.

The library at Champlain Valley Union High School is normally a bustling place. Students come seeking help with research, a quiet space to work or a board game haven during free periods.

All things that don’t mesh with social distancing.

Langella is teaching Social Justice Think Tank this semester. That course has students select and research a topic of injustice, ultimately forming a plan on how they would address it.

About half of his students attend school in-person on Monday and Tuesday, the other half on Thursday and Friday.

The smaller class size has come with a challenge: What to do when the group is filled with quiet personalities?

“If half of them are feeling particularly quiet on that day it’s been really difficult to have a really lively discussion and to engage them in learning,” he said.

Another hurdle has been navigating masks. Teaching in a mask requires speaking louder and can impede the relationship-building process.

“Meeting people for the first time with masks is really difficult, to be able to get a sense of their facial expressions and how they react to things, how their mood is going, if they're feeling engaged by the discussions we're having or not,” Langella said. “It creates a whole different dynamic that we've never had to deal with before.”

The practice of teaching has transformed, too. While he could teach the same lessons from Monday and Tuesday to the Thursday and Friday group, Langella has opted to treat the two like different classes all together. That means additional planning and prep time, but he said he’s not alone.

Although the school has taken precautions, Langella does think about the activities students and colleagues may partake in outside its halls. He wonders about the decision to have several sports compete this fall, while clubs — including the Racial Alliance Committee he advises — are paused for the time being.

“Such an important part of student lives, and of society right now is having discussions about race and racism. If we can't do that in the school building why are we going to send our athletes to a different school,” he said. “I think there's some inconsistencies with priorities and our messaging and us kind of making choices about what we care most about.”

Adapting to the COVID-19 pandemic, many Lamoille County restaurants and bars moved patrons outside to stay afloat. Now, as the crisp air turns from charming to crushing, what happens?