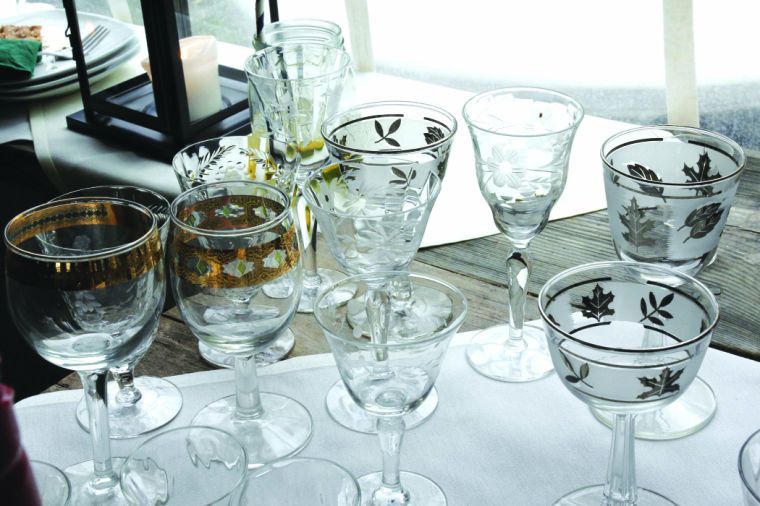 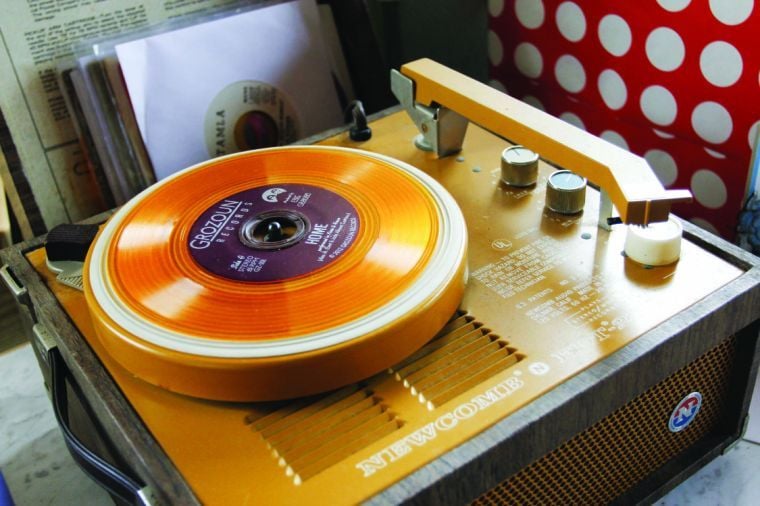 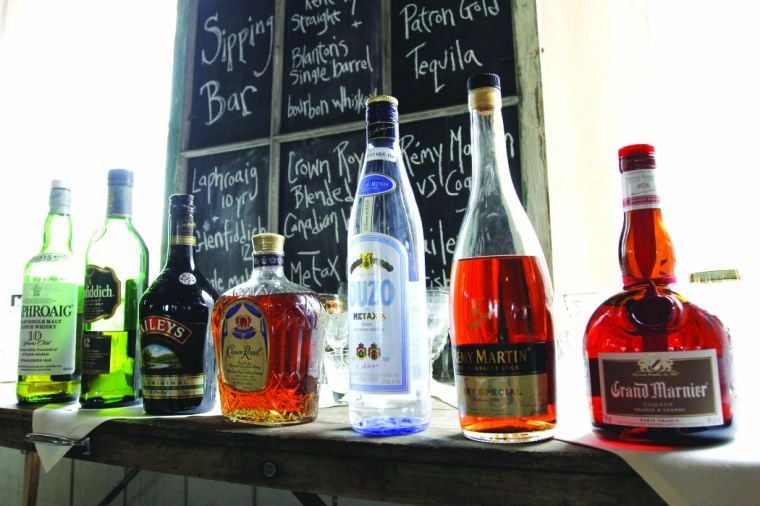 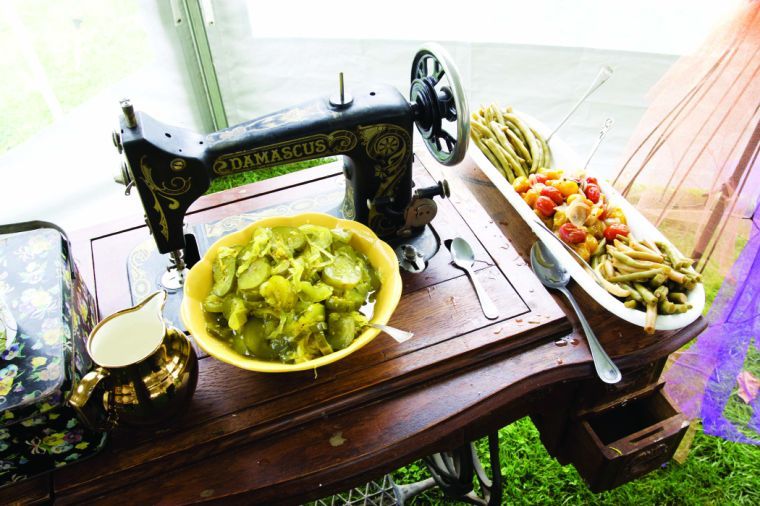 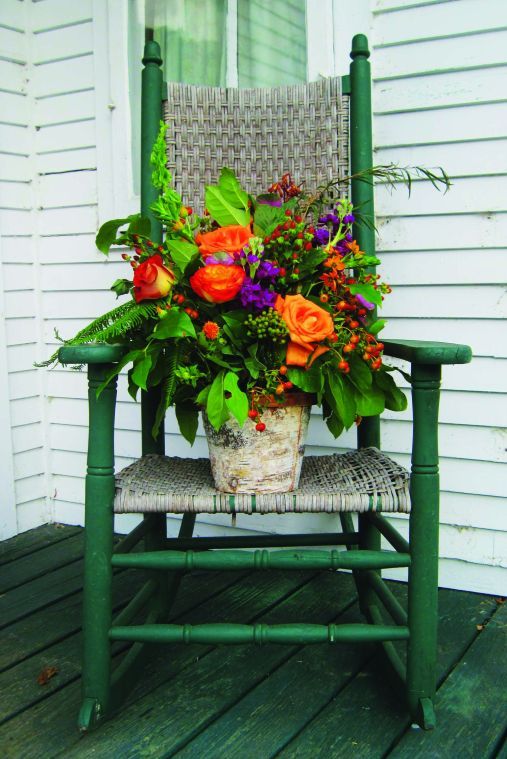 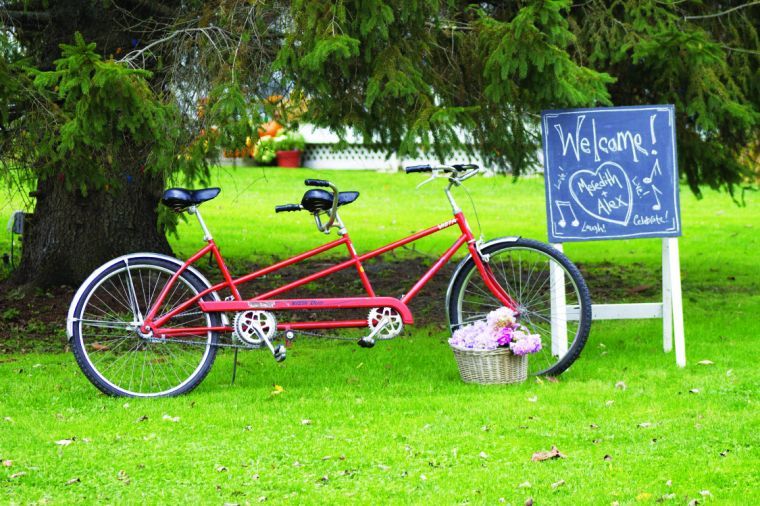 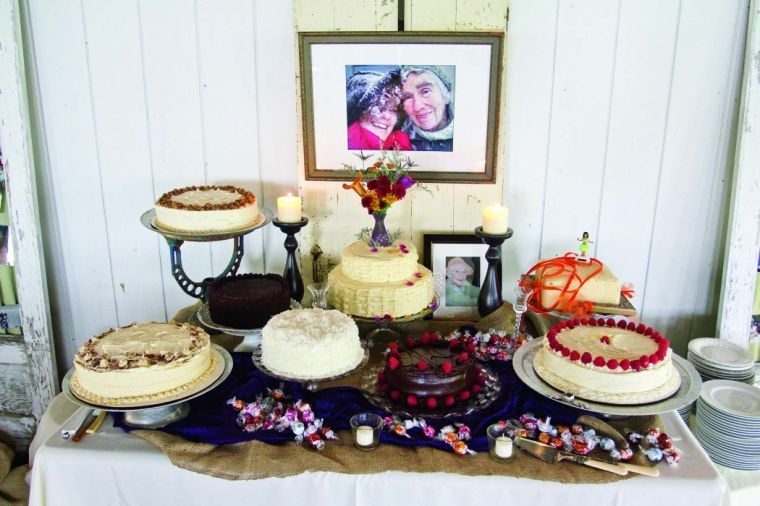 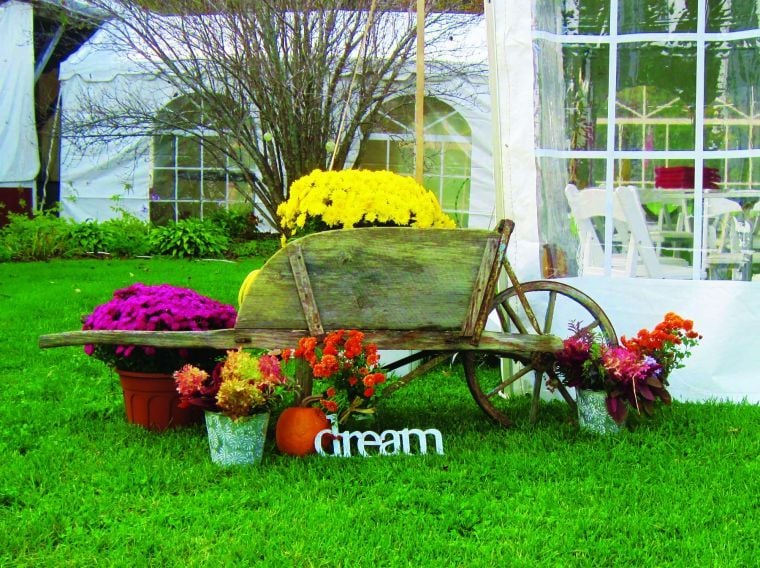 Although she didn’t know it until recently, Joanne Bickford has been preparing for her new business, Vermont Vintage Rentals, for most of her life.

Bickford is an antiques enthusiast and self-described “30-year hoarder” of all things vintage. The company, launched last year, gives her the opportunity to share her massive collection — which fills a large barn, three family homes, and two Volkswagon Vanagons — with couples who want to make authentic, one-of-a-kind pieces of history part of their wedding celebration.

“Every single thing I have, I love it,” Bickford said, surrounded by choice items inside the Blue Toad flower shop in the Village Square shopping center in Waitsfield, where she meets with clients. “This is my passion.”

Bickford first fell under the spell of objects from the past, and realized their decorative potential, when she was 18, living in Florida. She started buying vintage hats at local thrift shops that she scattered around her room to add character and color. From then on, her desire to surround herself with old things grew exponentially, particularly after she headed north, first to New York and later New England.

Her inventory, which can be viewed at vermontvintagerentals.com, ranges from big scene-stealers to tiny tabletop conversation starters. Bickford’s company and website is distinct from one with a similar name, Vermont Vintage Rental (note the singular), an offshoot of an event planning company based in Shelburne.

Bickford stands behind all the items she rents, promising that among her inventory there are no reproductions and that no alterations, repairs, or refinishing has been done. The signs of aging are part of what makes every item unique, she believes. The magic is in the wear and tear, which provides a record of the object’s path through other human hands.

“Every piece has its story, that’s why I don’t ever strip anything,” she said.

Her larger wedding day accessories include a ’51 Studebaker and a 10-foot-wide wooden sign from the Maine coast that reads “Live Lobsters”; smaller trinkets include cake-toppers, toy cars and trucks, game pieces, and miniature dollhouse furniture.

In between, there is practically everything you can think of: tables of all sizes, upholstered chairs and sofas, wooden benches, travel trunks, shutters, planters, picture frames, wagons, chandeliers, fireplace mantles, a stand-alone double sink, trellises, linens, silver, glassware, ceramic cups and plates, and on and on and on.

Pricing for rentals varies by event, Bickford said, depending on the size and number of items rented and the kind of transportation required.

If Bickford doesn’t have what you want, and she probably does, she knows where to look for it. Her stores are always expanding because special things call out to her wherever she goes.

A second business, an upscale café, was in development when she met the mid-Atlantic distribution manager for the upstart Green Mountain Coffee Roasters. She knew it was love after he agreed to pick up antiques for her using the coffee delivery truck. They were married and her life happily transformed from New York City urban to Mad River Valley rural.

The idea that her passion for collecting could benefit other couples in love crystallized for Bickford last summer and fall when she helped two brides add some vintage flair to their big day. The first wedding was her niece’s in Maine in July; the second was for the daughter of good friend Lisabeth Magoun, the innkeeper at Lareau Farm, a popular wedding locale in Waitsfield. The response at both was overwhelming, she said.

“People there were really blown away by it,” Bickford said.

Magoun, along with other Waitsfield friends in the wedding industry — Stacey Theurer, owner of Blue Toad Flowers and Nancy Murray of A Schoolhouse Garden — encouraged her to do more.

There is big demand in the region and across the state for vintage tableware and decorations, said Jenna Piper Emrich, the event coordinator at Wedding, Tents & Events in Waterbury, which is also displaying some of Bickford’s inventory. Most of the couples planning weddings in Vermont want a rustic or farmhouse style, which is always enhanced by vintage items.

“Having some of the bigger, architectural pieces just pushes it over the edge and makes it more authentic,” Emrich said. Before the company connected with Bickford, it was hard to find a source nearby. “Having her expertise, mixed with her inventory, is a big help,” she said.

Vermont wedding professionals aren’t the only ones pleased that Bickford has found a use for her collection. She uses her family’s house in Waitsfield as the primary storage area, which cuts down on the usable space. Her 13-year-old son, Hudson, said having some items out on rotation helps. Before, he said, “We could not sit down.”