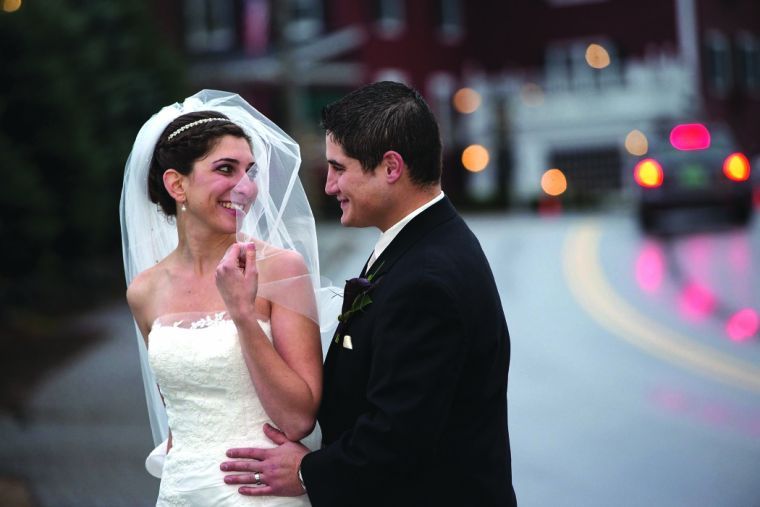 Hilary and Chris often come up for ski vacations, and while visiting the area last January they decided they wanted a cold-weather wedding. 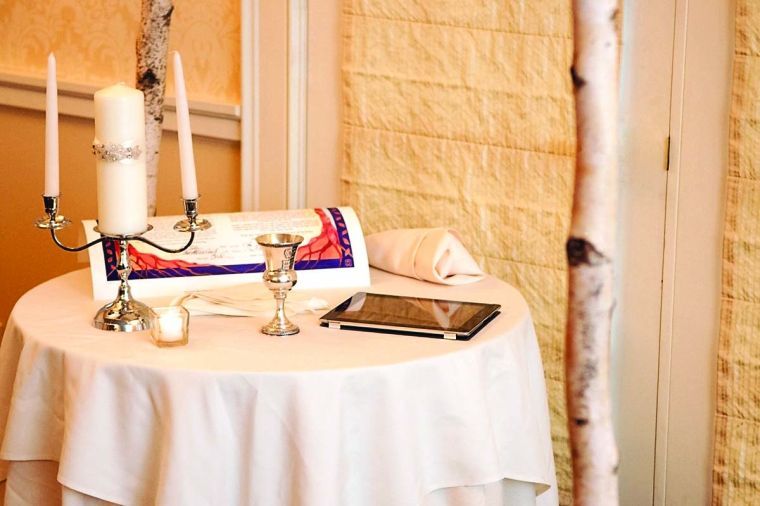 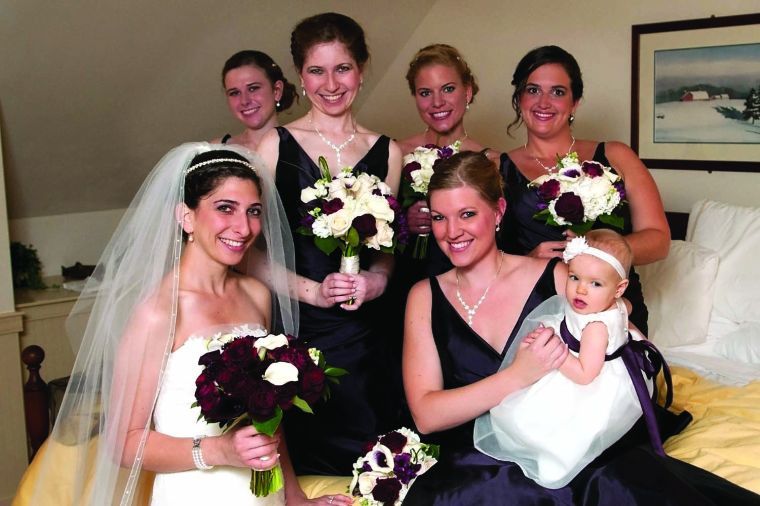 About 78 of the couple’s closest friends and family congregated in Stowe for the wedding weekend, and they all stayed at the Green Mountain Inn. 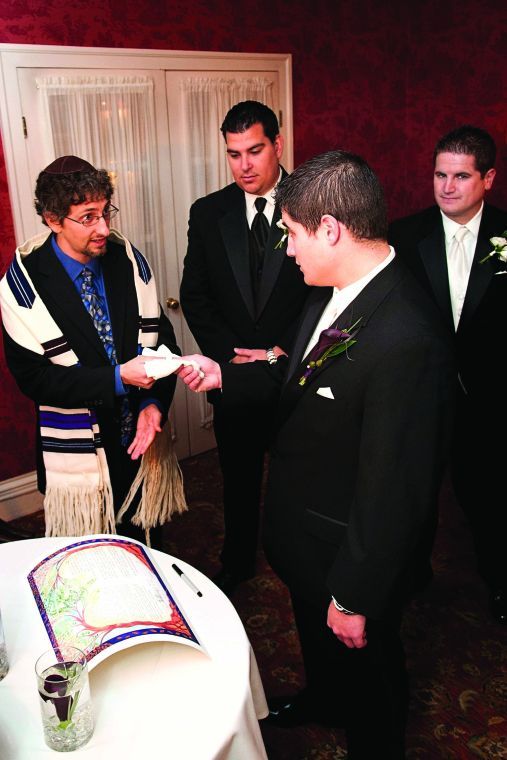 Hilary’s sister’s fiancé, who is a Jewish wedding officiant, married them, which provided just the sentimental feeling they sought. 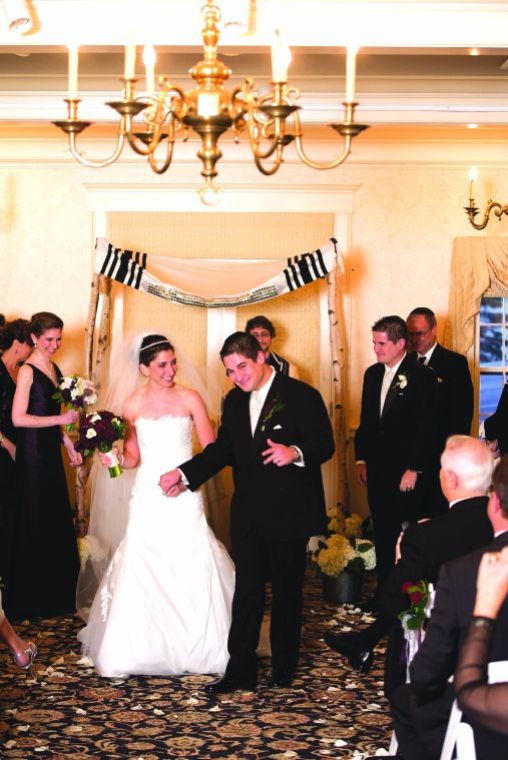 Hilary and Chris often come up for ski vacations, and while visiting the area last January they decided they wanted a cold-weather wedding.

About 78 of the couple’s closest friends and family congregated in Stowe for the wedding weekend, and they all stayed at the Green Mountain Inn.

Hilary’s sister’s fiancé, who is a Jewish wedding officiant, married them, which provided just the sentimental feeling they sought.

Stick season, the in-between time between fall foliage and the first substantial snowfall, isn’t usually top-of-mind when planning a wedding in the Green Mountains. But for Florida residents Hilary and Chris Neffgen, it was the perfect time of year to get married in Vermont.

“We love the cold,” said Hilary, whose parents own a second home in Morrisville, affectionately called “the snow house.” She and Chris often come up for ski vacations, and while visiting the area last January they decided they wanted a cold-weather wedding. But with the majority of guests traveling by plane, the snowier and icier months of mid-winter posed too many travel risks. So they picked the first week in November for their Vermont destination wedding.

After they set the date, Hilary’s parents sent the couple pictures of the Green Mountain Inn on Stowe’s Main Street, and “we fell in love with it,” Hilary said. They loved the romantic atmosphere of the inn and its quintessential New England feeling.

Hilary and Chris met at the University of North Florida in Jacksonville, where they were both communications majors. Chris sat in front of Hilary in one of their classes. They went through the entire fall semester without exchanging a word. But when the end-of-semester project was announced, Hilary asked Chris if he wanted to join her group, and that was the beginning of a three-year romance and eventual 2012 engagement. “We just hit it off,” she said.

Both families have ties to the Northeast. Although Hilary spent her childhood in Miami, her mother is originally from Long Island, which is where Chris grew up. The couple didn’t want to get married in Florida, so a Vermont destination wedding, near Hilary’s parents’ second home, was an ideal alternative.

“We had a really good turnout for a destination wedding,” Hilary said. About 78 of the couple’s closest friends and family congregated in Stowe for the wedding weekend, and they all stayed at the Green Mountain Inn.

“It wasn’t just a wedding day; it was a wedding weekend,” Hilary said. “We had all of our friends and family with us from Thursday to Sunday.”

The drizzling rain on the day of the wedding didn’t matter, Hilary said, because both the wedding ceremony and the reception took place at the inn and no one had to venture outside.

Hilary wanted the ceremony to honor her Jewish heritage, but the couple didn’t want the event to remind them of a bat or bar mitzvah. They hoped to be married by someone who knew them personally, and when the rabbi they had chosen wasn’t available they asked Hilary’s sister’s fiancé, who is a Jewish wedding officiant, to marry them, which provided just the sentimental feeling they sought.

The ceremony included Jewish wedding traditions, such as the chuppah, or canopy that symbolizes the new home the couple will build together, and the breaking of the glass, which marks the conclusion of the ceremony. To represent Chris’ Catholic faith, they incorporated a candle-lighting into the ceremony.

The reception was held in the Village Room at the inn. “We focused on the detailing,” Hilary said, specifically the flowers, centerpieces, and wedding favors.

She placed the table cards in small picture frames that guests could bring home as a reminder of their time in Vermont. Every wedding guest also received a handmade glass spiral disc by Little River Hotglass Studio in Stowe.

The couple selected an apple-caramel wedding cake, made by local pastry chef Michelle Hines of the Cakery. “It was absolutely delicious,” Hilary said.

It just so happens that Hilary’s maternal grandparents were married on the same day, so in honor of their 59th anniversary they danced to their wedding song at the reception.

Carrie’s older sister, who will be getting married this August, was the maid of honor, and Chris’s two brothers were both groomsmen.

“It was the perfect wedding weekend that we’d always imagined,” Hilary said.

Hilary and Chris recently bought a house in Jacksonville, so they decided on a drive-to honeymoon. Although they had originally planned on spending a week in Montreal and Quebec City, they spontaneously reversed course midway through and headed to New York City instead. “We love New York and hadn’t been there in a few years,” Hilary said.

But there’s no question where they’ll be spending their one-year anniversary. “We’ll definitely be in Vermont,” Hilary said.