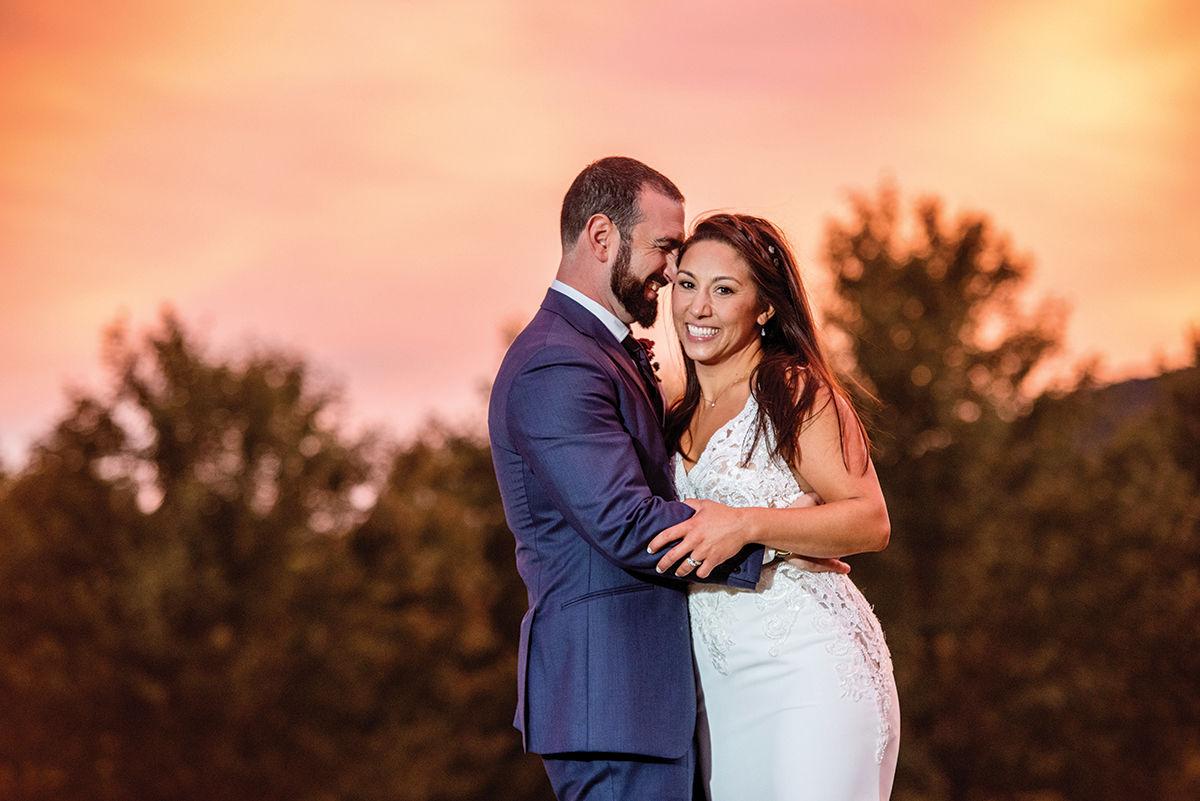 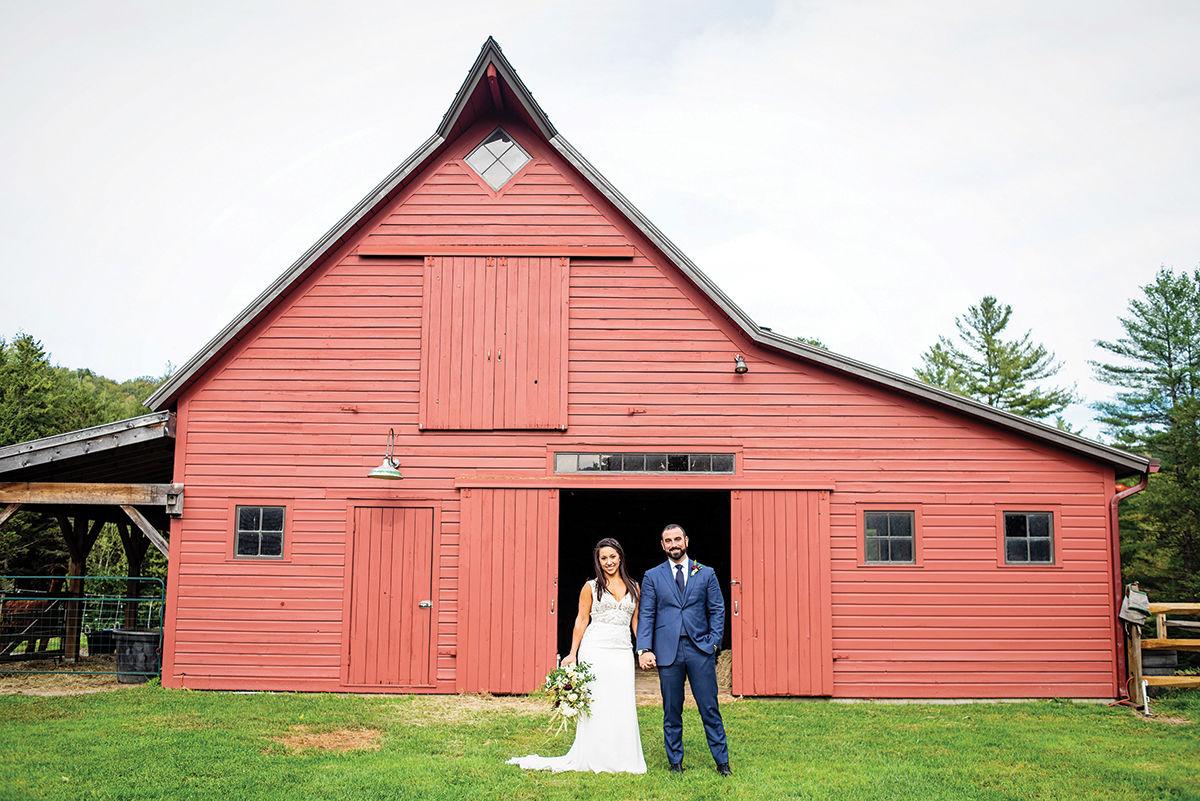 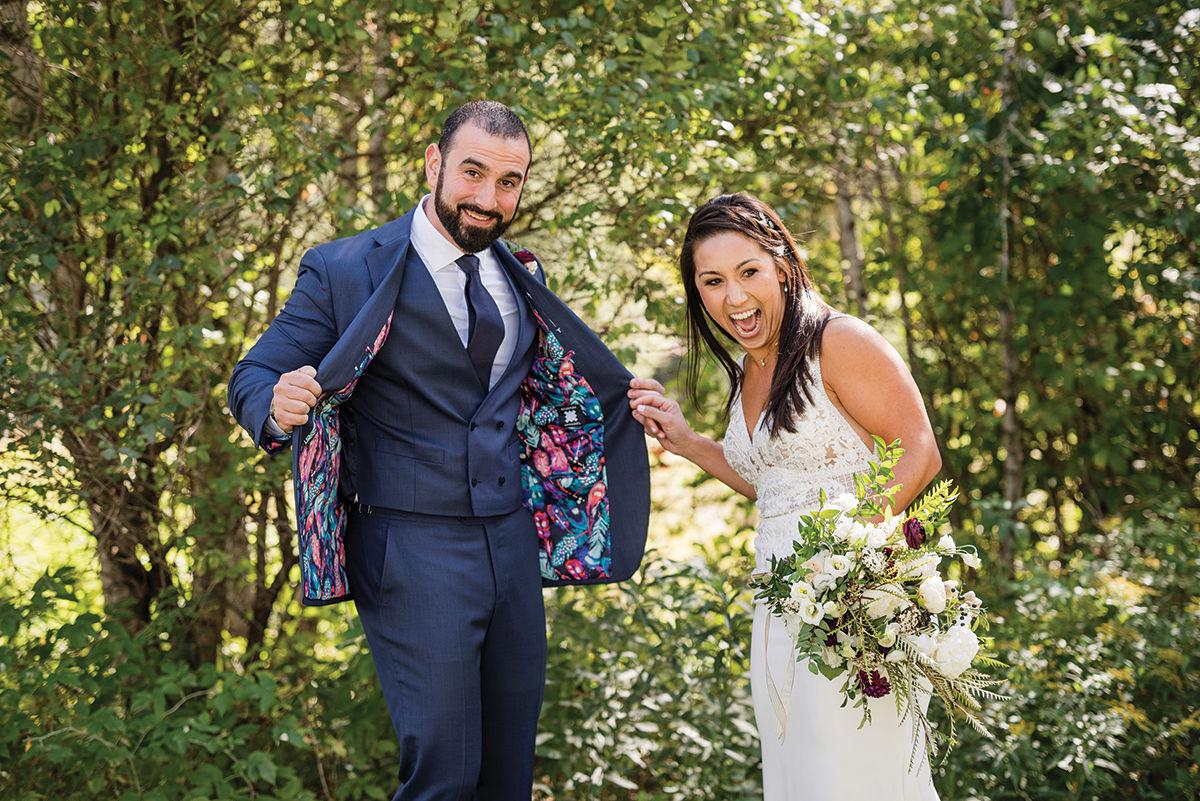 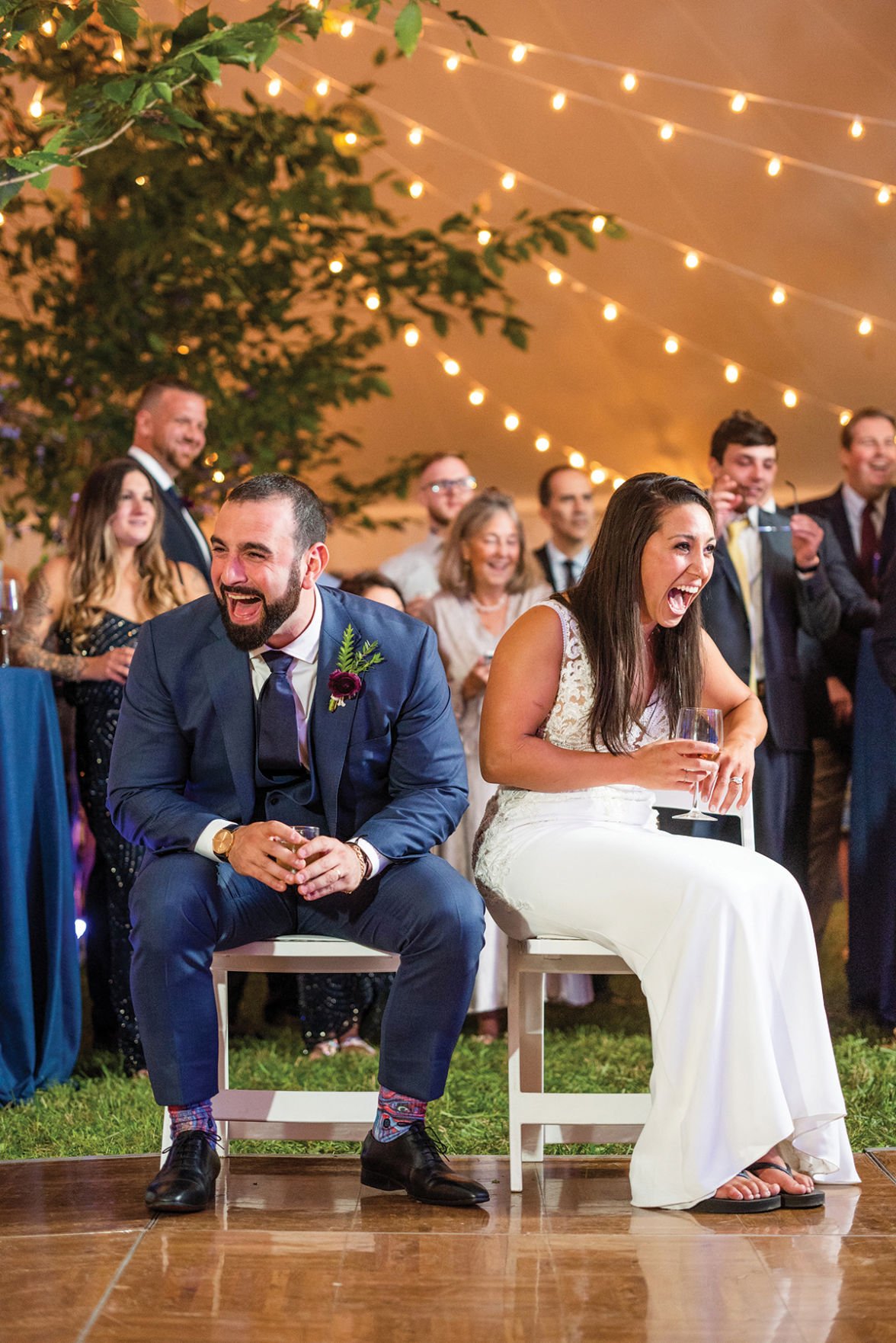 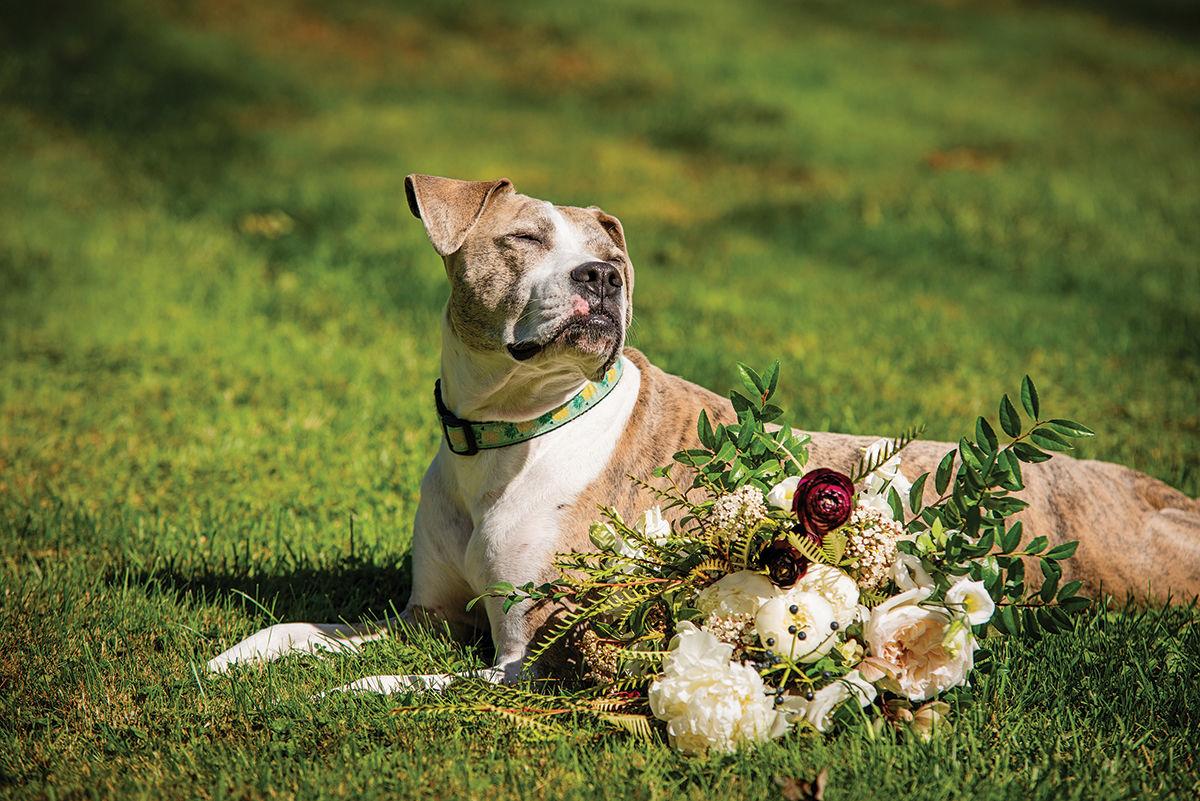 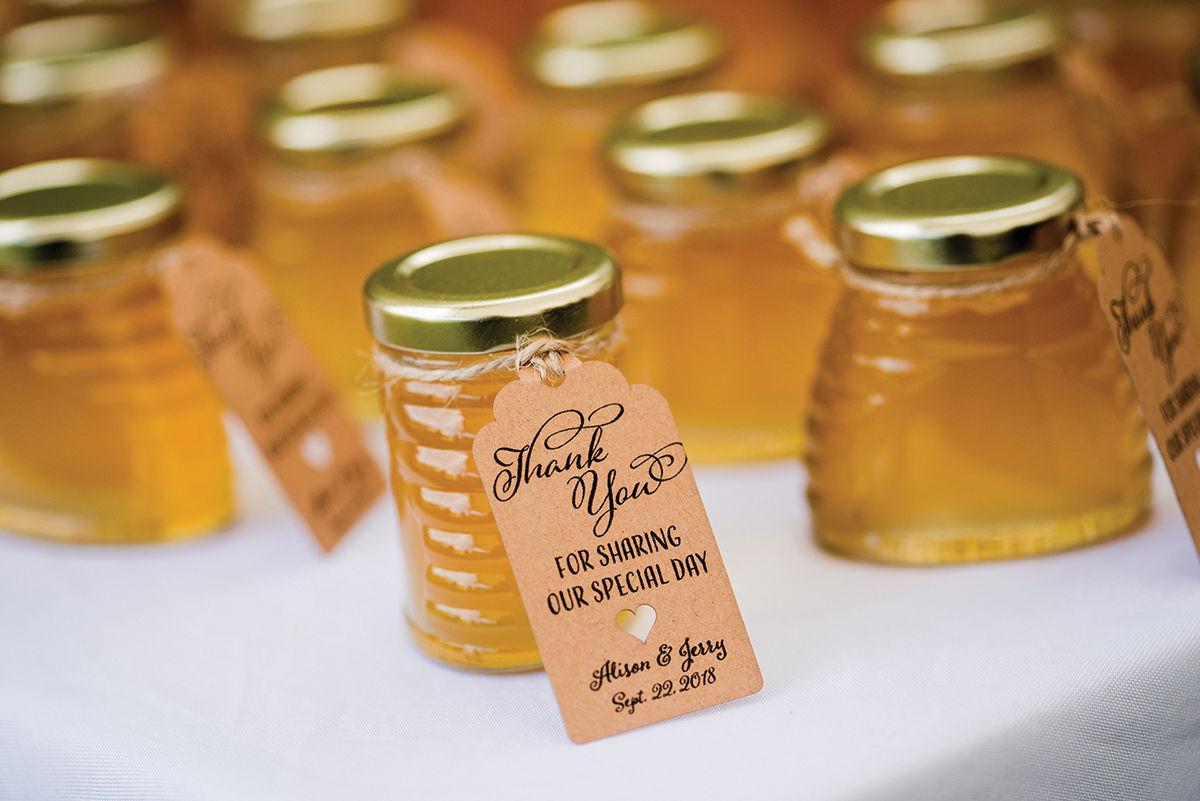 Alison Graddock and Jerry Salerno married on a beautiful September day at the bride’s family farm in Stowe, in the same field where Jerry had proposed six months earlier.

Alison said Jerry was her “gym crush” for months before Jerry broke the ice, as it were, by inquiring about a mutual friend one day when Alison was wearing a Middlebury College hockey shirt. “Turns out I did know him, classic small-world story,” Alison said.

“We were in the best shape of our lives, always going to the gym to see and talk to each other,” Alison said. “We knew after a few dates this was probably it!”

The couple dated for six years, and would save wine corks from important or fun occasions. One day, Jerry uncharacteristically asked Alison to go for a walk outside at her family’s home in Stowe, where she grew up. He knelt down to tie his shoe, where he “discovered” a cork with a date and the words “Omar’s blessing” written on it.

Alison finally realized what was happening, and Jerry was on one knee with a ring.

A tent was set up in the yard for 175 guests, most of whom traveled from out of state for the wedding. The couple hosted a big welcome gathering the night before, which “allowed us to actually spend quality time with everyone who came for the weekend,” Alison said.

The couple had their first dance to “Stand By Me” as everyone sang along, then got the party started with “I Love It.”

“The best compliment we got was that our wedding was ‘so us,’” Alison said. “Trust your gut, and don’t overthink things. The tiny details don’t matter. Focus on having the most fun ever.”