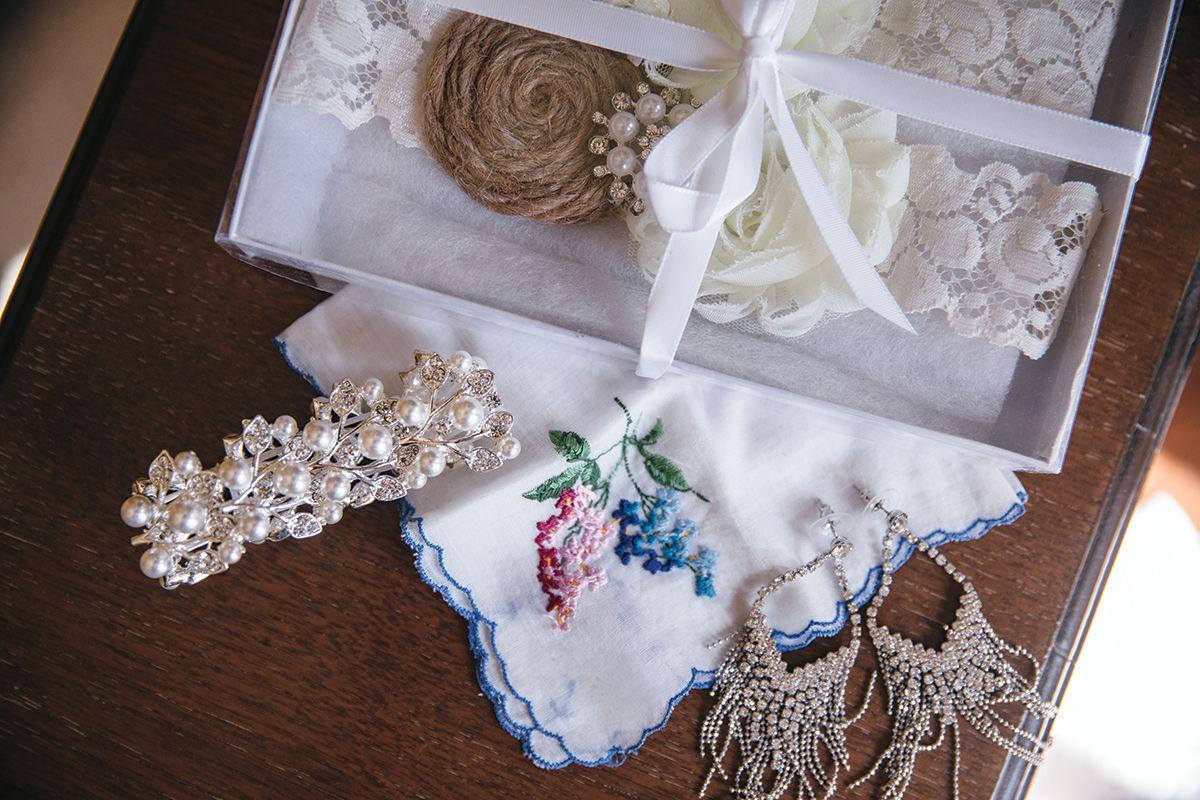 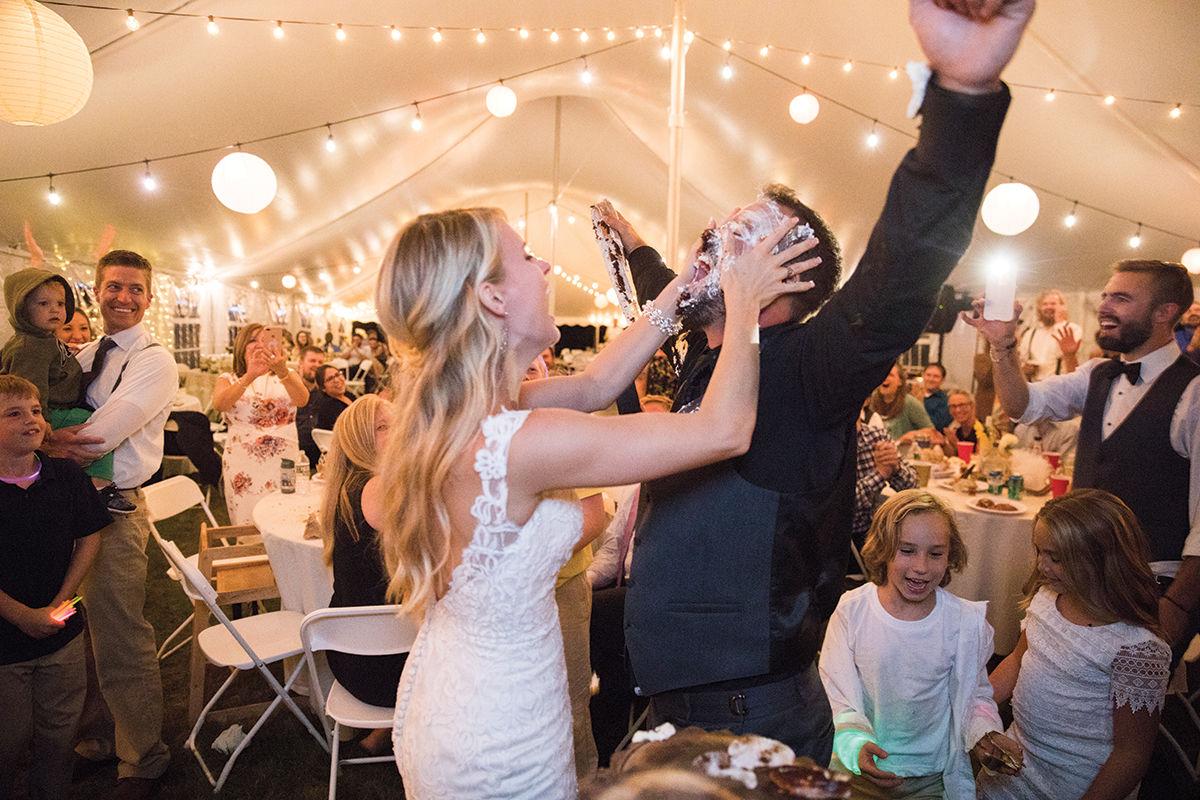 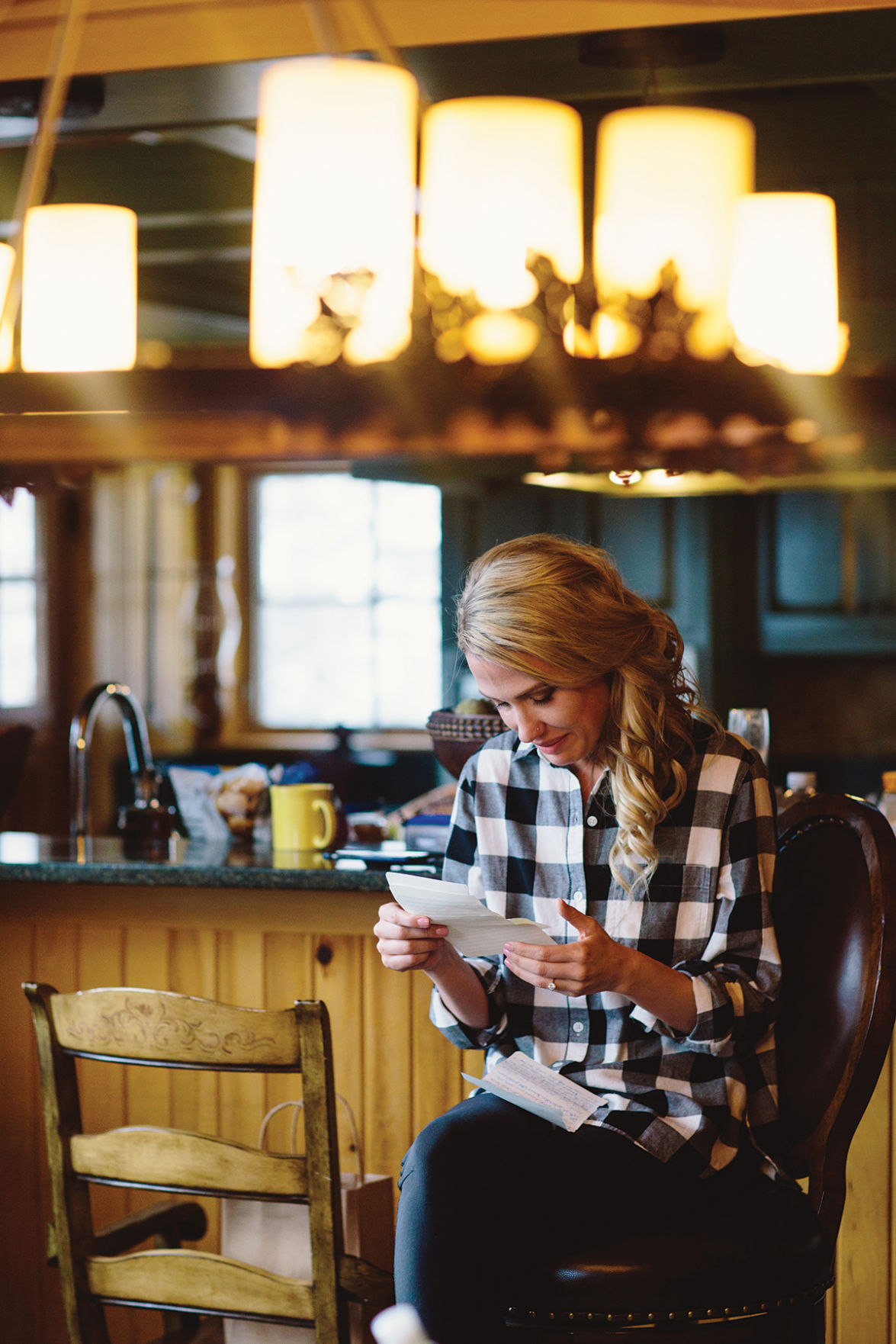 Many wedding traditions are steeped in symbolism and superstition, and while some of the superstitions have since faded, most of those rituals stand strong today — at least in luxury weddings.

“Classic traditions are holding more in that genre of weddings,” said Nancy Jeffries-Dwyer, who’s been a wedding planner in Stowe for 30 years. “I encourage my brides to keep with the traditions.”

Something old, something new

Most spouses-to-be have heard the rhyme, “Something old, something new, something borrowed, something blue,” but there’s another part that’s often dropped: “and a sixpence in your shoe.”

The five items that a bride is meant to carry on her wedding day are simply good luck charms. The tradition holds old English origins.

The something old symbolizes continuity, something new offers optimism for the future, something borrowed represents borrowed happiness, and something blue, purity, love and fidelity.

Placing a sixpence in your shoe — often a penny in American weddings — is a wish for good fortune and prosperity.

In some European cultures, that sixpence or penny is saved, and passed down through generations.

Another ode to the past is the bride and groom not seeing each other before the wedding.

Dating back to a time when arranged marriages were commonplace, it was deemed bad luck for the groom to see his bride at all before the ceremony — sometimes because it was felt that if the groom found her unattractive, he’d call off the nuptials!

In some cases, this covert tradition has gone away in favor of a “first-look” photo shoot before the ceremony, an intimate encounter between the couple before guests arrive.

However, some couples think that not seeing each other before the ceremony offers a sense of excitement and a more memorable service.

In that case, Jeffries-Dwyer encourages the betrothed to write love notes to each other before the wedding, and have a friend deliver them.

Writing love letters before the ceremony is rooted in Icelandic tradition. The letters allowed the couple to express their feelings about the day as well as hopes for the future. They were sealed in a box to be opened on their first wedding anniversary.

Today, the letters are often opened right before the ceremony, and they offer a personal and private touch to the occasion.

Whichever option couples choose, about 95 percent of Jeffries-Dwyer’s brides choose to wear a veil and blusher, which also dates back to arranged marriages and preventing the groom from seeing his bride before the ceremony.

In most weddings, the bride is on the left and the groom on the right — a tradition held fast today, but why?

For most men, the right arm was considered the sword-fighting arm, so if they had to protect their wives-to-be, it was better to have them on the left side.

The tradition is rooted in a time when men used to kidnap the women they wanted to marry. Often they’d have to fight off the woman’s family members as they tried to claim their stolen bride. Sometimes, the men would also have to fight off other men who desired the same bride.

The tradition of one partner’s family and friends sitting on the left side and the other’s entourage sitting on the right has begun to fade, though, in favor of guests choosing their own seats wherever they want.

That way, the sides aren’t glaringly uneven if one person invites more people than his or her spouse. It also encourages mingling. After all, they are about to become part of the family.

“I do a lot of signage for weddings with beautiful calligraphy,” telling guests to pick a seat wherever they want, Jeffries-Dwyer said.

Giving away the bride

Giving away the bride is an antiquated tradition from a time when daughters were their father’s property until marriage.

While many weddings follow this tradition, it has become more popular in the last 10 or 15 years for the mother and the father to walk their daughter down the aisle together.

“I like that change a lot,” said Jeffries-Dwyer. “And another thing that’s become more popular that I really like is when the groom’s parents walk him down the aisle.”

And in many cases, those joined families no longer have to walk out under a shower of rice. Tossing rice at the end of the ceremony is meant to symbolize rain, which is said to be a sign of prosperity, fertility and good fortune.

Oats, grains and dried corn were frequently used before rice, but today the tradition has shifted to more eco-friendly options.

Lavender is said to bring good luck, and is a symbol of love, said Jefferies-Dwyer. Its scent adds an air of calm to the ceremony.

Let them eat cake: or not

Another tradition that is shifting involves wedding cakes — specifically, the prevalence of multi-tiered wedding cakes. While couples often have a small cake to cut and share with their spouse — a symbol of their union and promise to provide for each other — many couples are moving toward dessert tables, rather than one huge cake.

“I like the idea of cutting the cake and sharing it,” Jeffries-Dwyer said. But if you want to smash the cake in your new bride’s face, you’d best not work with her as a wedding planner.

“It’s so rude, and when you spend hundreds on hair, makeup, your dress — and have some respect for the person who baked your cake,” she said.

In the last few years, pies, cupcakes and doughnuts have become hugely popular. Jeffries-Dwyer has also seen towers of mini Ben & Jerry’s ice cream cups, and “we’ve gone back to the champagne towers of the 1940s and ‘50s,” she said.

“It’s OK to break tradition and make your wedding your own,” says Lizzie Post of the Emily Post Institute, but “a lot of times people find comfort in traditions.”

Weddings have occurred for hundreds of years, Post said, and while the ritual of marriage is something a lot of people do, “it’s a really special moment for two individuals.”

Surrounding yourself with familiar — or familial — traditions can add layers of meaning to the moment.

Doing something you know your father, grandfather, mother, grandmother all did can be “empowering and encouraging,” Post said.