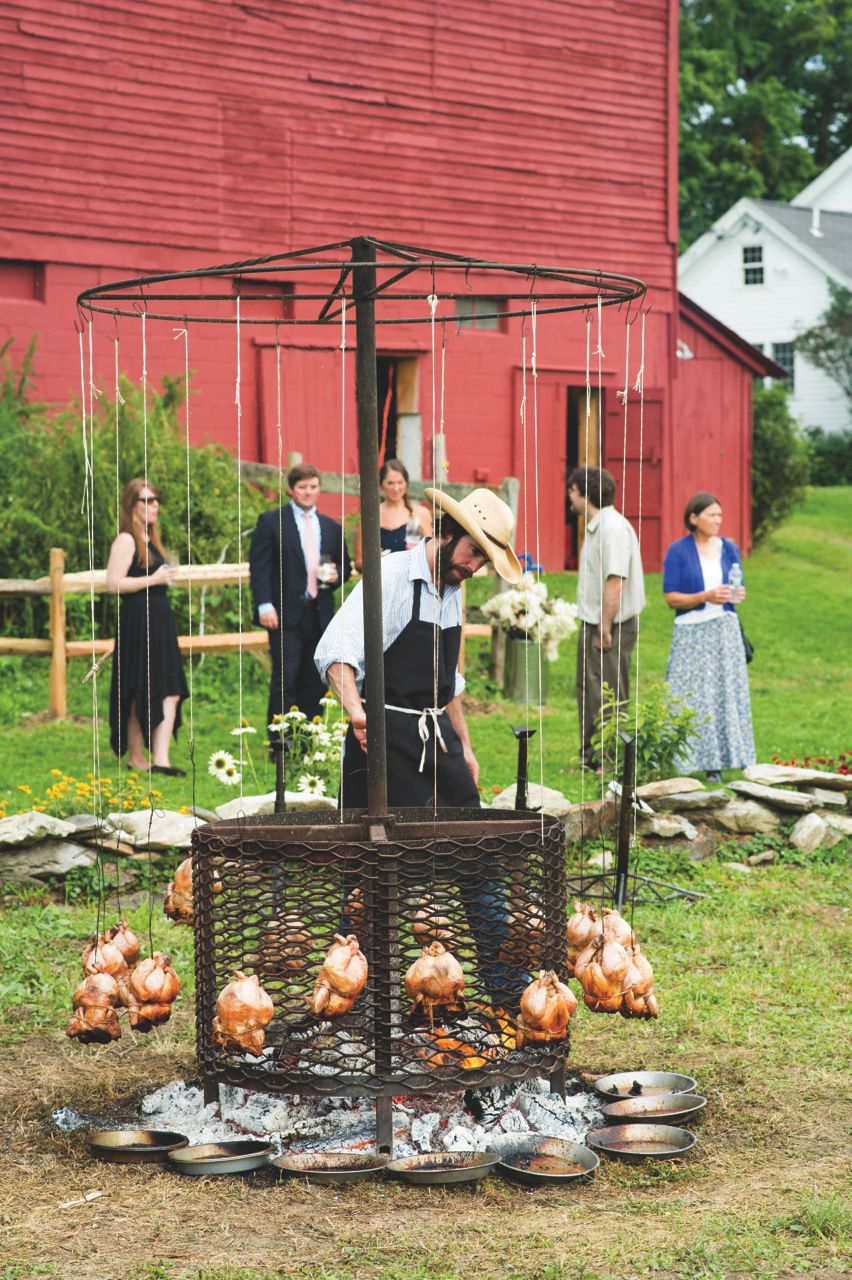 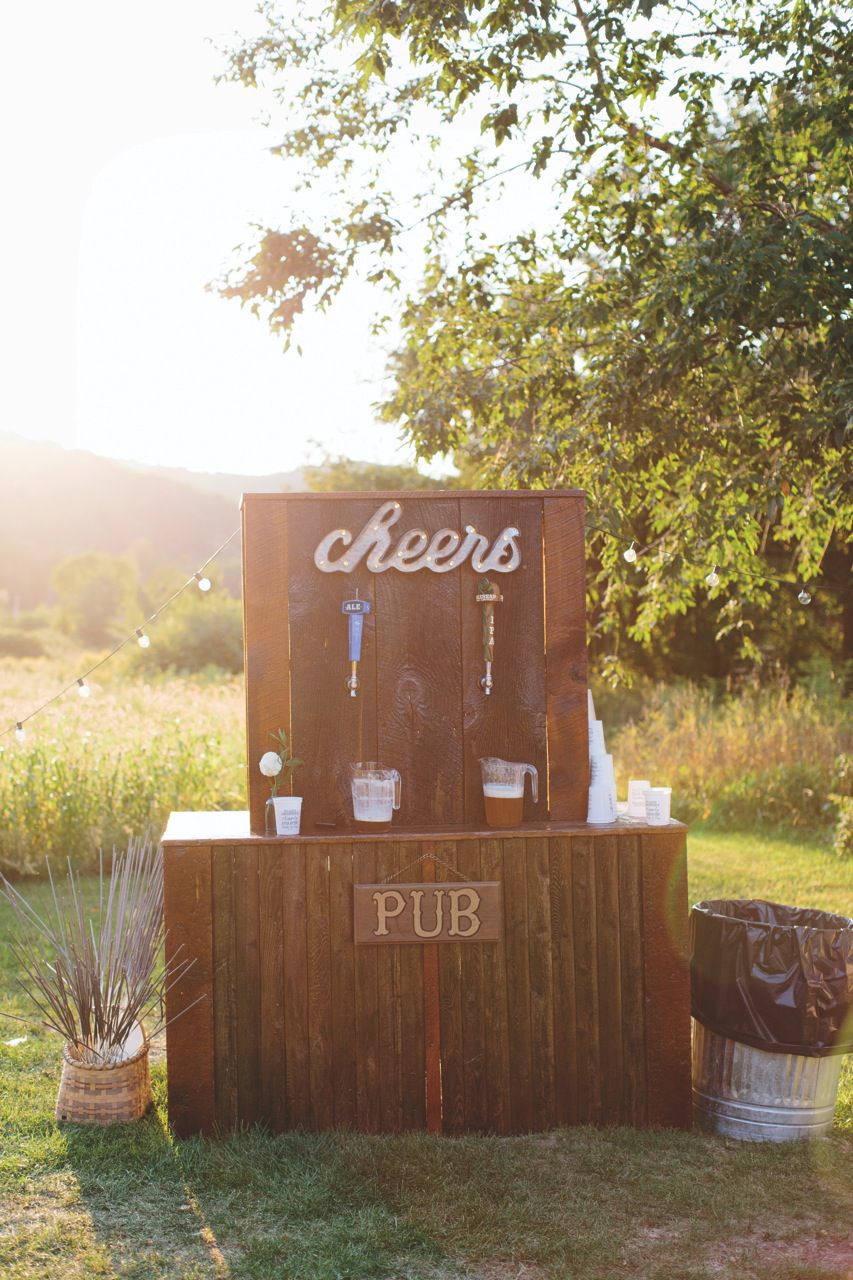 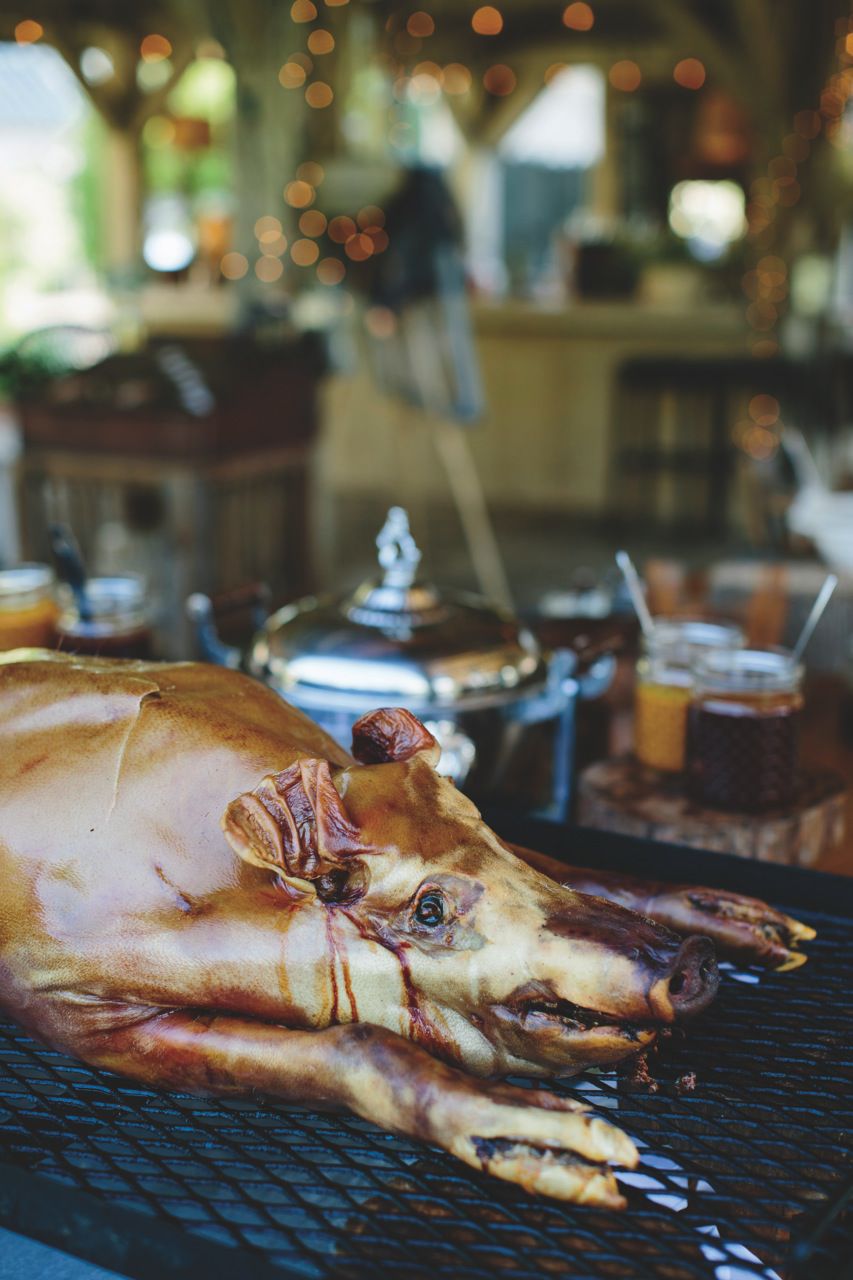 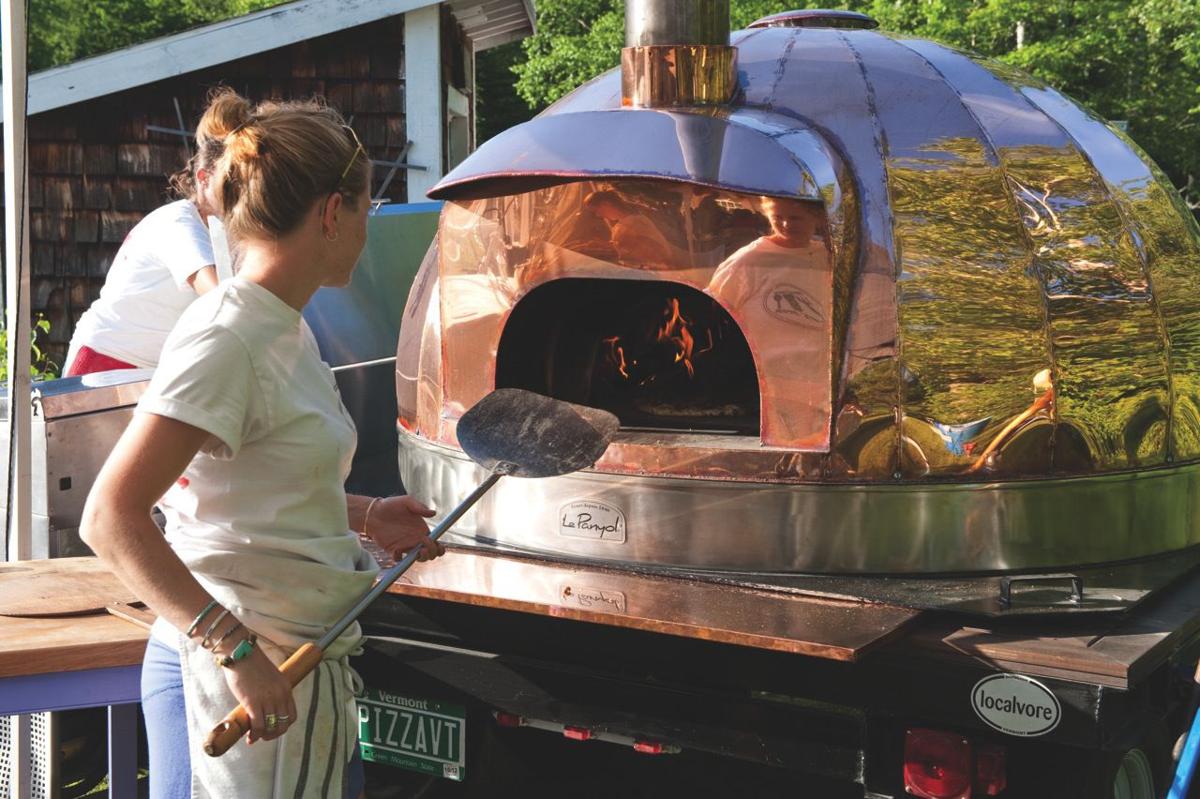 White linens and fine cutlery certainly have their place at the dinner table when it comes to the big day, but more and more couples are finding there’s also a place for plastic sporks and wet-naps, keg beer and burgers, funky and untraditional wedding cuisine.

Food carts and trucks have rolled onto the wedding scene in recent years, popular for plenty of reasons — the cool vibe; the less-expensive price tag; the flexible cuisines of the chefs behind the wheel.

Every year, more grilled-cheese carts, BBQ trucks and four-wheeled vegetarian restaurants hit the winding Vermont roads. They’ll drive right on up to you, which means couples can look even wider for that perfect venue, even if it doesn’t have a kitchen in sight. And it can save a bunch of money on the food bill.

“Years ago, it was fashionable to spend a lot of money,” Kim Kaufman, owner of the Blue Donkey in Stowe and 10 Railroad Street in Morrisville, said. “Nowadays people are saying, ‘you know what, I’d rather take that 15 grand and put it into a house, and not the food.”

Blue Donkey is a burger shack on Mountain Road in a posh ski resort town; the bright blue Donkey Truck is now stepping into the wedding circuit, too, and it’s a staple of the ArtsRiot food truck festival beat. Burlington-based ArtsRiot also does weddings and parties, and will rustle up a caravan of trucks for you with enough notice.

Rolling in from the foothills of Cabot, Vt., billowing smoke and meat vapors like a porcine Pied Piper, is one of the new players on the food-truck scene, Back Road BBQ. The quartet of foodies started the “farm to food trailer” late last year, which is best known for its presence at Hill Farmstead Brewery in Greensboro, more than once named the best brewery in the world.

The chefs are Brock Miller, who opened Sky Burger in Burlington; Charlie Lee, a cook at beloved and much-missed Claire’s, the “community-supported restaurant” in Hardwick; and Isaac Gresser, a veteran behind the line at numerous Michelin-starred restaurants.

And there’s Ben Nottermann — “I’m the farmer and fixer of broken things,” he said — the one whose Snug Family Farm pigs are smoked just as carefully, providing the foundation for much of the menu. They smoke two to four pigs a week, Carolina Low Country-style, for 24 to 36 hours, depending on the size of the pig.

The sides are delectable, too, with biscuits and cornbread made from scratch, smoked macaroni and cheese, maple-bacon baked beans and a fried pickle that Nottermann says is so good his description can’t be printed in a family magazine.

Nottermann said Back Road tailors its menu to whatever the client desires, from whole-hog pig picking to plated service. It’s great for people on a budget, and the boys clean up good, too.

“We can class it up if we can get them on the farm,” he said. “People are realizing, “hey, just because we’re having a formal wedding doesn’t mean our food has to be formal.’”

Of course, not everyone wants to go whole hog — or, for that matter, any meat. Enter Pingala Café, and its funky Broccoli Bar.

Sam Sellers, the operations manager and “general Girl Friday,” said the vegan street-food truck is scheduled to feed its first weddings this summer, after a successful run at festivals and events last year.

“We find a lot of carnivores would come over and sniff us out,” Sellers said of the festivals. “We’re a pretty low-key, vegan option, and the cost is not outrageous.”

The Broccoli Bar isn’t named that just for kicks. The truck serves a handful of signature items with broccoli as the star attraction — broccoli-fried rice, tempura-battered broccoli, tofu veggie stir-fry, broccoli-pumpkin pesto — although Sellers said “we can certainly tailor, to a degree.”

Pingala also has a little sister to the Broccoli Bar called the Carrot Cart. It’s a hot dog cart, minus the meat: a steamed carrot is served in a bun with house-pickled vegetables and other animal-free toppings.

The folks at Skinny Pancake, which specializes in crepes, has a special events subsidiary, Have Your Cake Catering, which will bring you cakes and a heck of a lot more.

Skinny Pancake is the old kid on the block when it comes to food trucks and carts, spinning crepes on Church Street in Burlington and festivals around New England since 2004, out of a vegetable oil-powered school bus nicknamed Sueno.

Have Your Cake did 42 weddings in 2016, ranging from bar service to crepe-spinning to white-tablecloth dinner service, according to marketing director Michael Cyr. He said it was tough at first, getting the logistics dialed in for that many events, “kind of the tail wagging the dog.”

But now, the coolness of food truck and mobile catering is paying dividends, marketing the company and creating a lasting impression with guests.

“I’ve been to plenty of weddings where I can’t remember what I ate,” Cyr said. “But if you roll up in a brightly-colored vehicle, and if you create that flair, it’s only a good thing.”

Rehearse and be merry

A rehearsal dinner is typically held a day or two before the wedding, often following an actual rehearsal of the ceremony. It’s a great way to spend more time with your family, friends and chosen guests in a casual, relaxing environment — even if you choose an upscale place or menu.

Irene Nuzzo, a former wedding planner, offers this advice: “Try not to compete with your wedding.”

Nuzzo suggests holding the rehearsal dinner at a different venue from the ceremony and/or reception.

“You want your guests to say ‘wow!’” at the main event, she said.

The rehearsal dinner can also be a great way to represent the groom’s side of the family, who traditionally covers the cost of that event.

Maybe you’ve got a restaurant you both love — it may be more feasible to use them for the rehearsal dinner than the wedding, Nuzzo said. A restaurant may also be more inclined to host a party that doesn’t require the entire venue, as it can be difficult to justify closing the whole place and turning away regular clientele.

Or, if you’ve got the wedding and reception under control and there’s another venue you’d like to bring into the celebration, a caterer can help create a special moment in the comfort of your own home. Local caterers like Thyme to Dine, Simply Done, The Kitchen and Alpenglow Kitchen in Stowe; Susanna’s Catering and Vermont Harvest Catering of Morrisville; Spice of Life Catering and Fiddleheads Cuisine of Moretown and many more can offer intimate rehearsal dinners or bridal luncheons.

Modern weddings often see guests coming from long distances, and the rehearsal dinner can be a great way to include far-flung friends and family for more than just one (big) day of nuptials.

Plus, your rehearsal dinner should be fun!

“There’s no formalities, no first dance, no cake cutting,” Nuzzo said. “It’s all about fun.”

How to illuminate your wedding

If a goal of marriage is to light up each other’s life in times of darkness — like, half a Vermont year — newlyweds can get started toward their bright future by lighting up their wedding night.