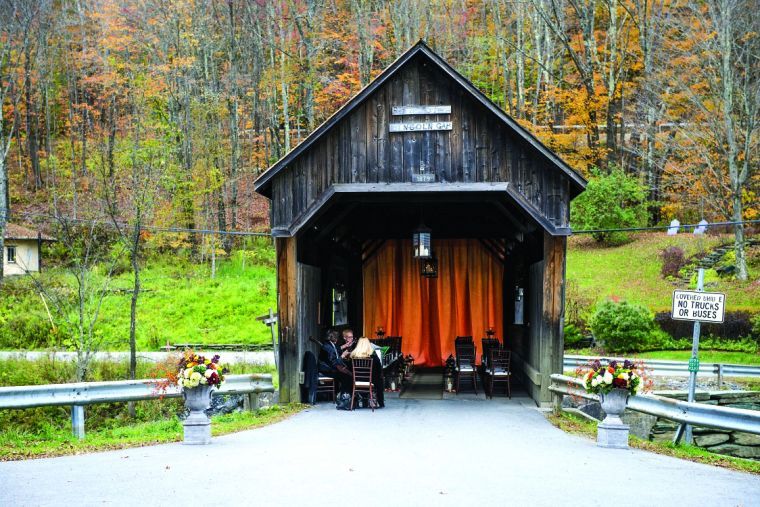 A covered bridge in Vermont is an unlikely wedding locale, period — let alone for two Australians. 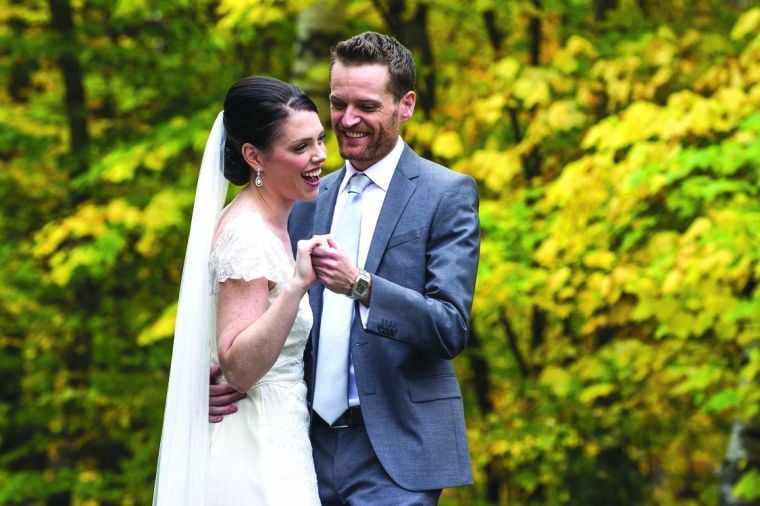 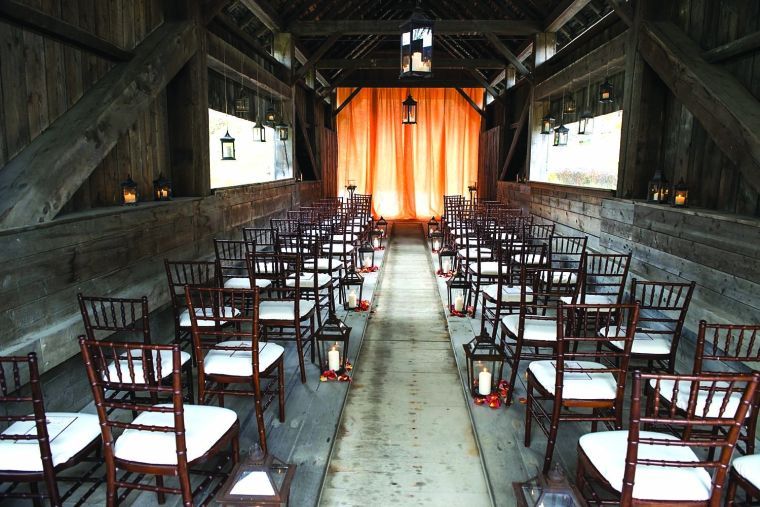 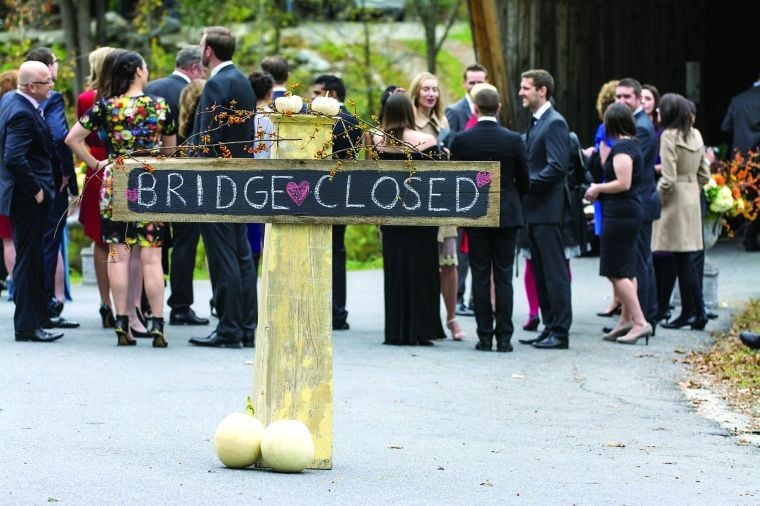 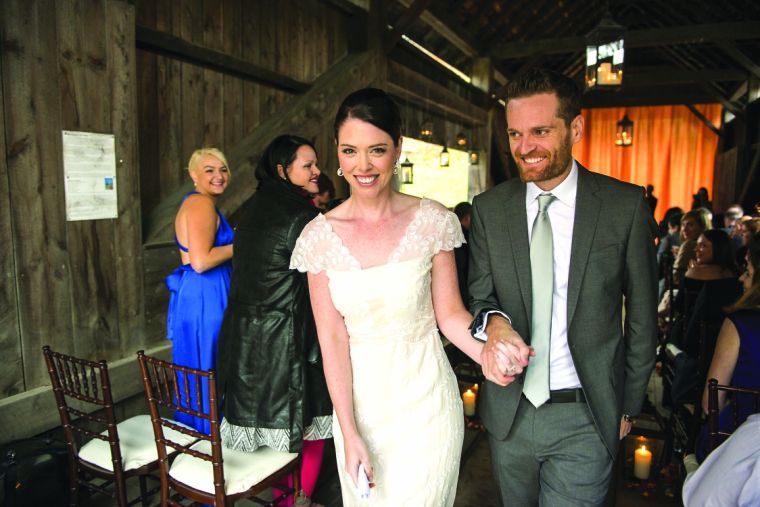 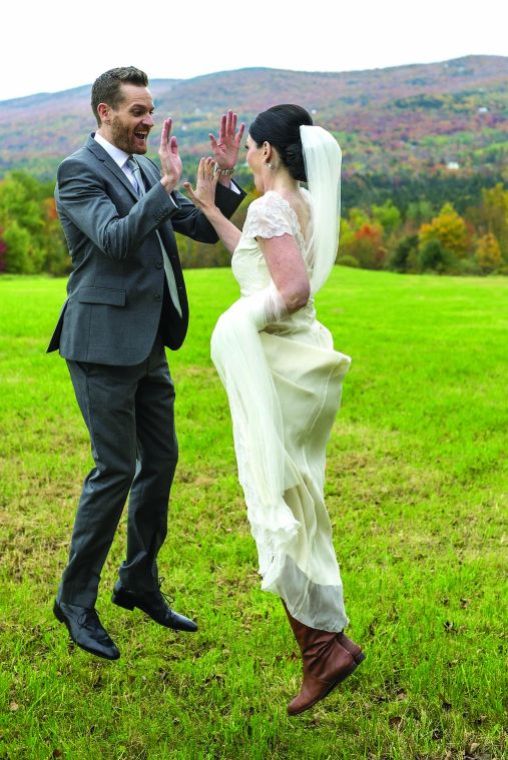 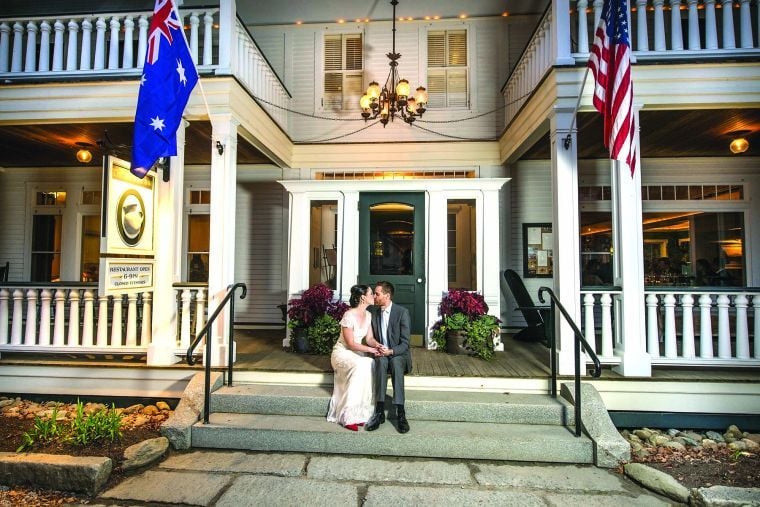 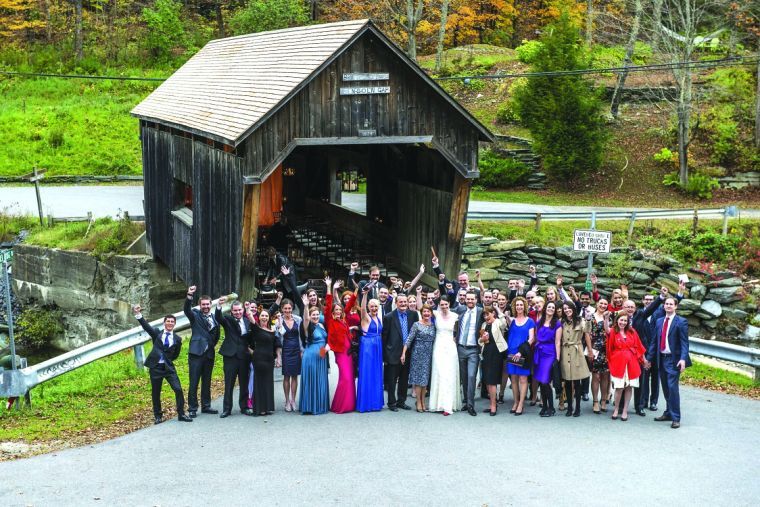 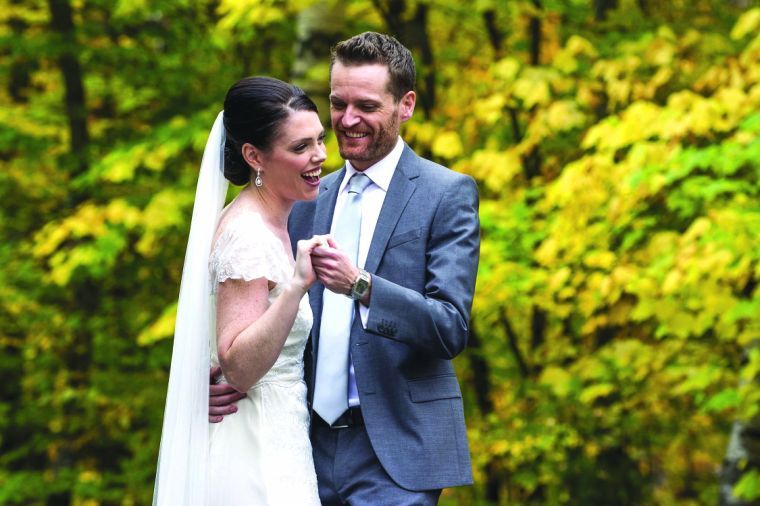 A covered bridge in Vermont is an unlikely wedding locale, period — let alone for two Australians.

For generations of Covered Bridge has provided a practical way to get from one side of the Mad River to the other. But for Kathryn Cooper and fiancé David Ridley, it was the perfect place to get married.

A covered bridge in Vermont is an unlikely wedding locale, period — let alone for two Australians. But Kathryn and David have a strong connection to Vermont. The couple, who moved to New York City from Australia four years ago, spend weekends throughout the year in Vermont, where they both like to ski and hike. “We really love the state,” Kathryn said.

David and Kathryn got engaged during a visit to Stowe Mountain Lodge in 2012. David had planned a romantic surprise proposal atop Mt. Mansfield, complete with a picnic basket and champagne. “And then it rained,” she said. So David improvised and proposed on the terrace of their room at the Lodge, instead.

The next day, during a scenic drive, the couple stumbled upon the quaint village of Warren in the Mad River Valley. When they saw the Pitcher Inn, a beautiful New England inn on Main Street, “we knew right away this was where we wanted to get married,” Kathryn said. So they booked the inn for the wedding reception, and later discovered the covered bridge, just down the road from the inn, on a walk through the village.

Kathryn knew immediately that this was the spot. “It’s a beautiful old bridge, and it’s so beautifully situated,” Kathryn said. “We don’t have covered bridges in Australia.” So the couple set their sights on a fall foliage wedding above the rushing waters of the Mad River.

But closing down a bridge – and the road that leads to and from it, on a weekend during peak foliage season involves a little doing. The couple sent a letter to the town select board and town clerk explaining what they wanted to do. “They were lovely,” Kathryn said.

Kathryn then set to work to turn the rustic circa 1879 bridge into “the quintessential Vermont chapel,” she said. Thankfully, the Australian-born New York resident has an eye for design. The first time she walked through the bridge, Kathryn spotted a natural aisle formed by the two raised timbers running down the center of the bridge. With the help of Nancy Murray of A Schoolhouse Garden in Waitsfield , the aisle was lined with glass lanterns surrounded by rose petals. Large coach lantern were hung from the ceiling and “cut-out windows” along the sides of the bridge, and a light orange organza curtain formed the backdrop of the altar.

When the weekend of October 5th came around, fifty wedding guests, from both the U.S. and Australia, congregated at the Pitcher Inn for the festivities. “A lot of our guests had never been to Vermont,” Kathryn said. So on the day before the wedding, the couple hired a school bus to take their guests on a tour of local attractions, including Stowe village, Cold Hollow Cider, and Ben and Jerry’s. The pre-wedding dinner was held in the barn at American Flatbread in Waitsfield, where the couple organized a trivia game. “Half of the questions were about Australia and half were about America,” Kathryn said.

Kathryn and David kept the ceremony location a surprise from their guests, who assumed the ceremony would take place at the inn, where the reception was to be held. Instead, they rounded the bend on Covered Bridge Road to find a homemade “Bridge Closed” sign and the prettiest little wedding chapel in the unlikeliest of locations.