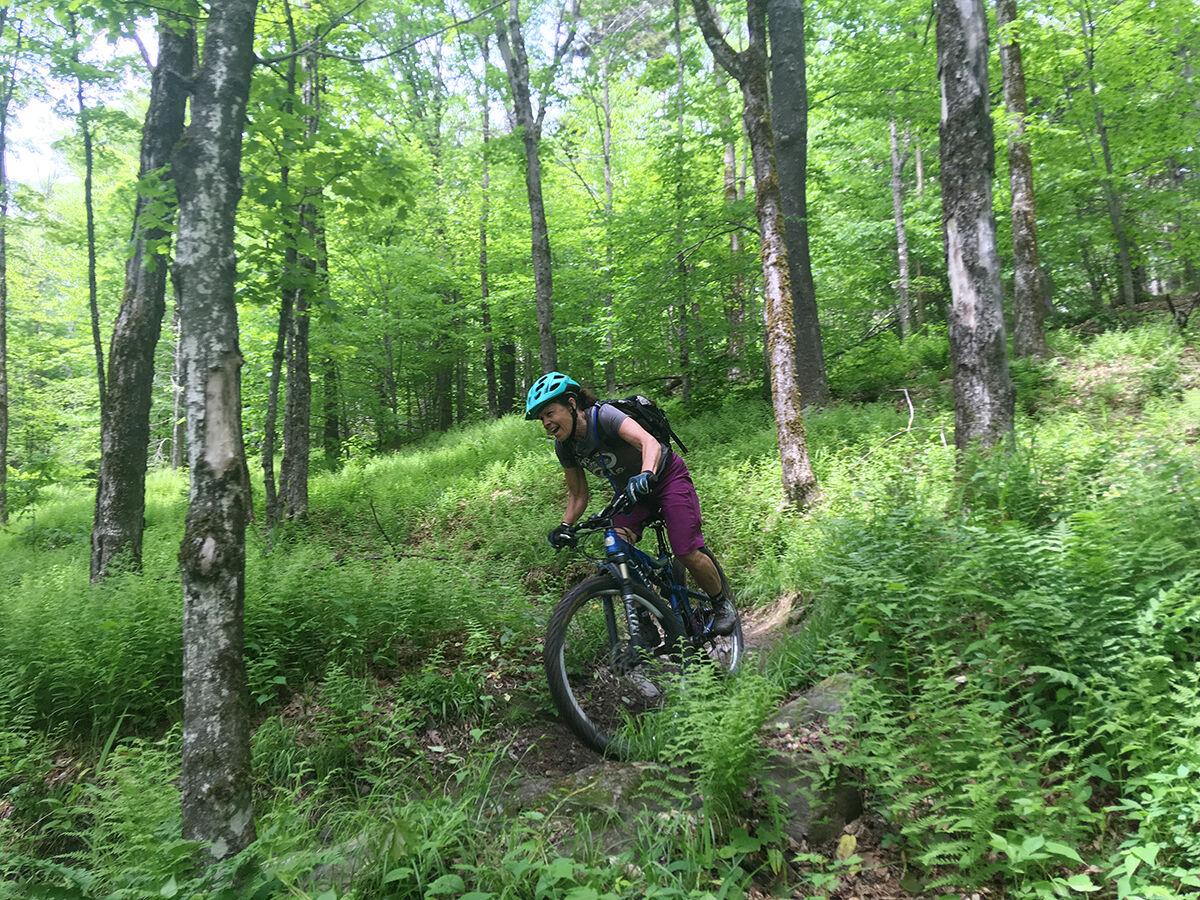 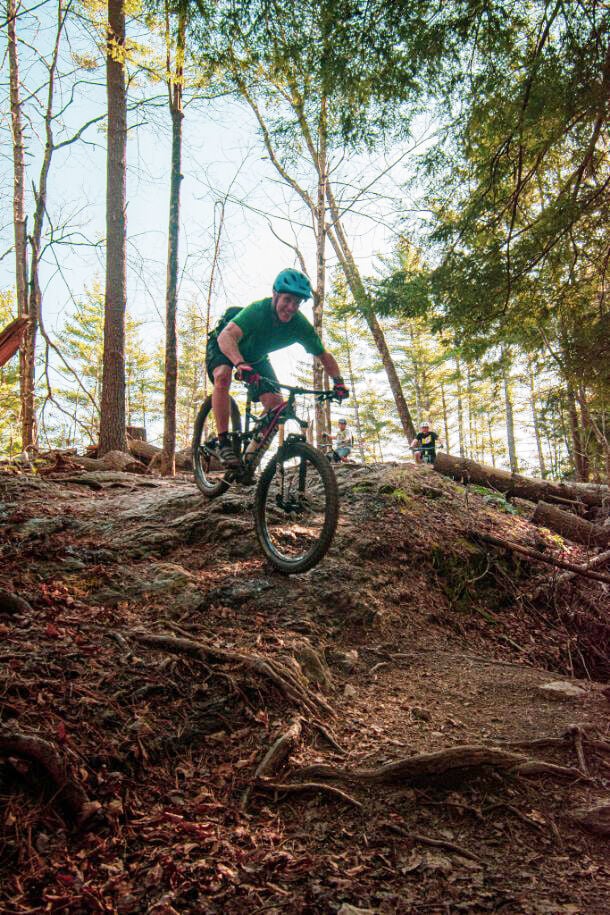 Thirty years ago, when one talked about outdoor recreation in ski resort towns, the talk was all about the winter and skiers grumbled about the relatively-new subset of knuckle-dragging snowboarders.

Thirty years ago, mountain biking was seen by many as a scourge, with hooligans on hardtails cutting trails through the woods, usually without permission.

What a difference three decades makes.

Stowe is still very much a ski town in the winter, but it’s also become in recent years a destination for mountain bikers, as marquee trail networks like Cady Hill Forest, Ranch Camp and Sterling Valley pop up in the same kinds of travel magazines, social media feeds and travel marketing strategies that projected snowfall totals do in the winter.

“And it’s trending more that way with climate change,” Rachel Fussell, executive director of Stowe Trails Partnership, said recently. “With Stowe, it’s such a unique and interesting thing, how it used to lean so heavily on the winter, and now we don’t even really have shoulder seasons.”

Fussell was referring to the uniquely Vermont fifth and six seasons — mud in mid-spring and stick in mid-autumn — that historically turned ski resort communities into ghost towns. While towns like Stowe do still experience a dip in tourism during those times, the cycling scene keeps them coming.

That was especially true this past year, as record numbers of people purchased bikes to get some fresh air when inside air was downright frightening, and as a heatwave in April baked the mud out of many lower-lying trails, making them accessible to bikers far earlier than usual.

“I was riding in April and people were coming in from far and wide,” Fussell said. “That was both amazing and kicked us into high gear.”

George Merrill, along with his father Peter, opened up Hitchhiker Bikes this year just in time to capitalize on the post-COVID bike boom. The company — located in the Baggy Knees shopping center — started last summer as a mobile, pick-up-and-drop-off bike shop, and business has been brisk.

“There’s such a big demand for getting outside,” George Merrill said.

Nick Bennette, the executive director for the Vermont Mountain Bike Association — he’s sort of the statewide analog to Fussell in Stowe — echoed Fussell that climate change is changing the face of ski towns. As a result, places like Mount Snow, Killington and Sugarbush have, for years, offered lift-assisted downhill mountain biking to their summertime repertoire.

This summer Bolton Valley joins the club, Bennette said. Stowe still remains a wait-and-see proposition, although rumors have flown about proposed routes down Mansfield and Vail Resort management has hinted that it’s a long term goal.

Bennett said the ability to turn a ski resort from a winter place to an all-season destination has helped a sometimes-struggling industry, giving them a chance to run the lifts and lodges for longer.

Fussell and Bennette have spent time in other mountain bike destinations, such as the Pacific Northwest and the Red Rock areas of Utah. There are two key differences to biking in Vermont.

For one, Bennett said, Vermont’s small towns are already so close, so intertwined with the nearby forests that the bikers can often just pop out of a trail and cycle to a bar or restaurant for a post-ride meal or drink. And the local businesses tend to form a symbiotic relationship with the local recreation scene.

The other is the straight up “flavor” of the riding area. Utah is slickrock and dusty desert, the Rockies are all about the switchbacks. Vermont’s biking scene is sort of like the hiking scene, straight up roots and granite, mossy rocks with nary a switchback to find — odd that the state’s most popular brewery is named Switchback.

“I love our rocks and I love our roots,” Fussell said. “I have such a fun time puzzling over how to approach our trails.”