You are the owner of this article.
Edit Article Add New Article
You have permission to edit this article.
Edit
Home
State And World
Calendar
Special Publications
Multimedia
Marketplace
Classifieds
Contact Us
Follow Us
Donate
1 of 5 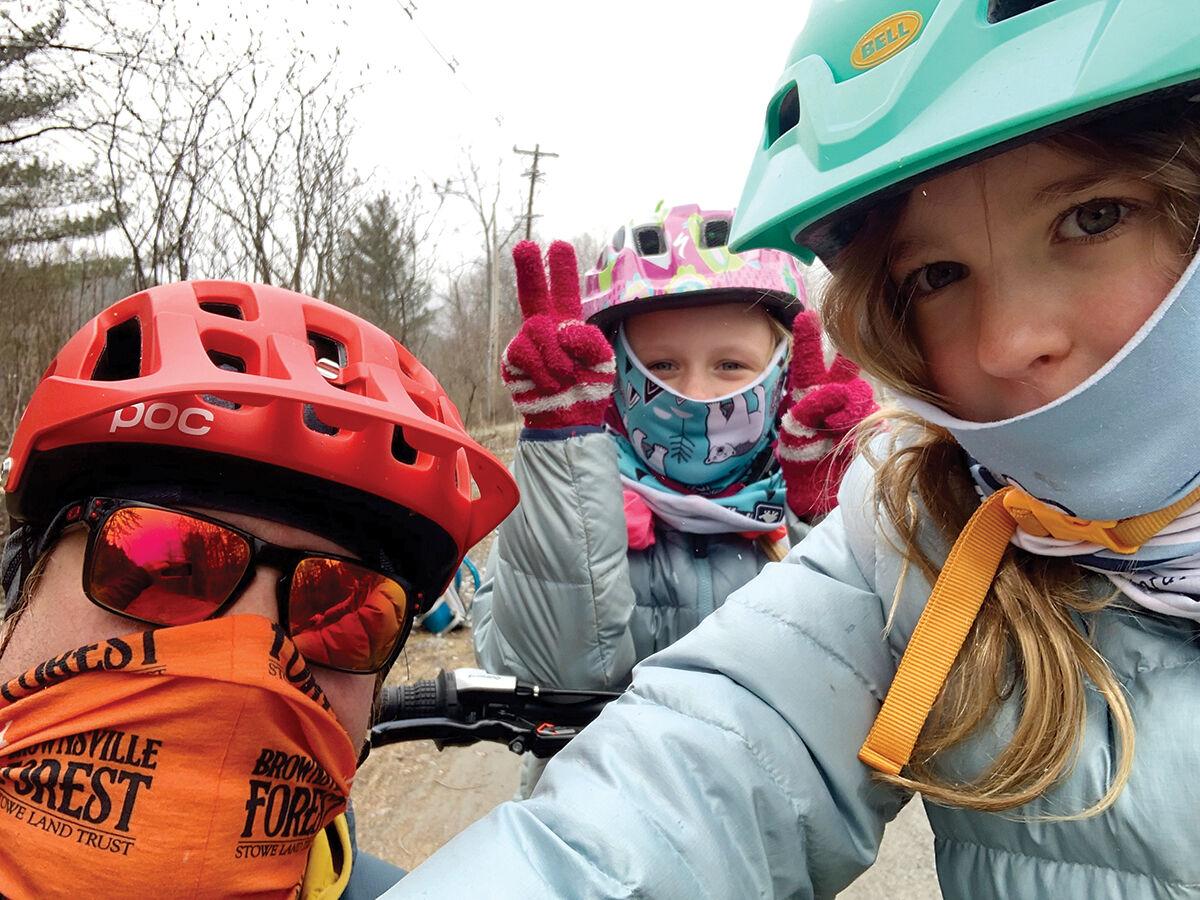 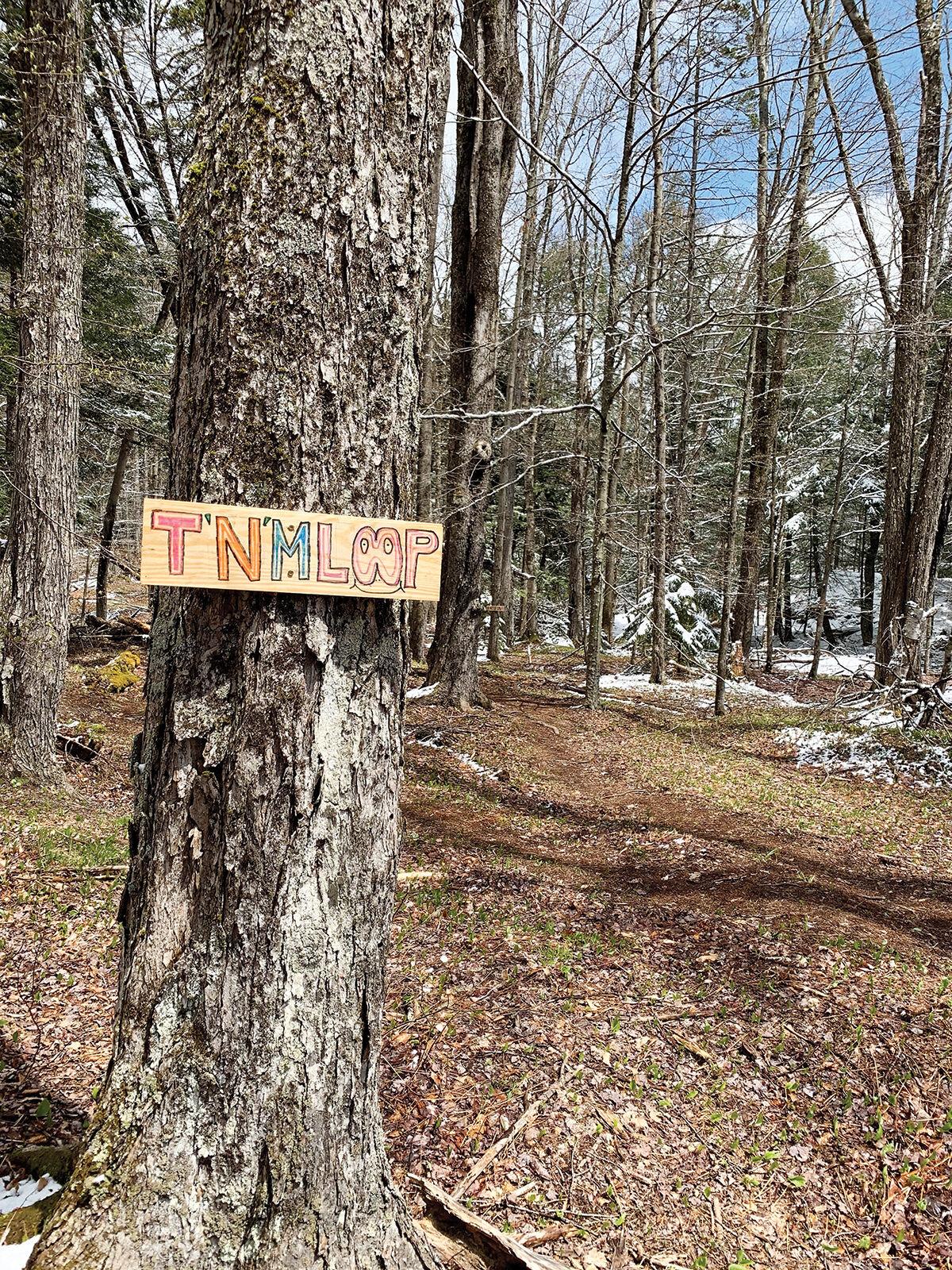 The sign for the TNM Loop they designed together. 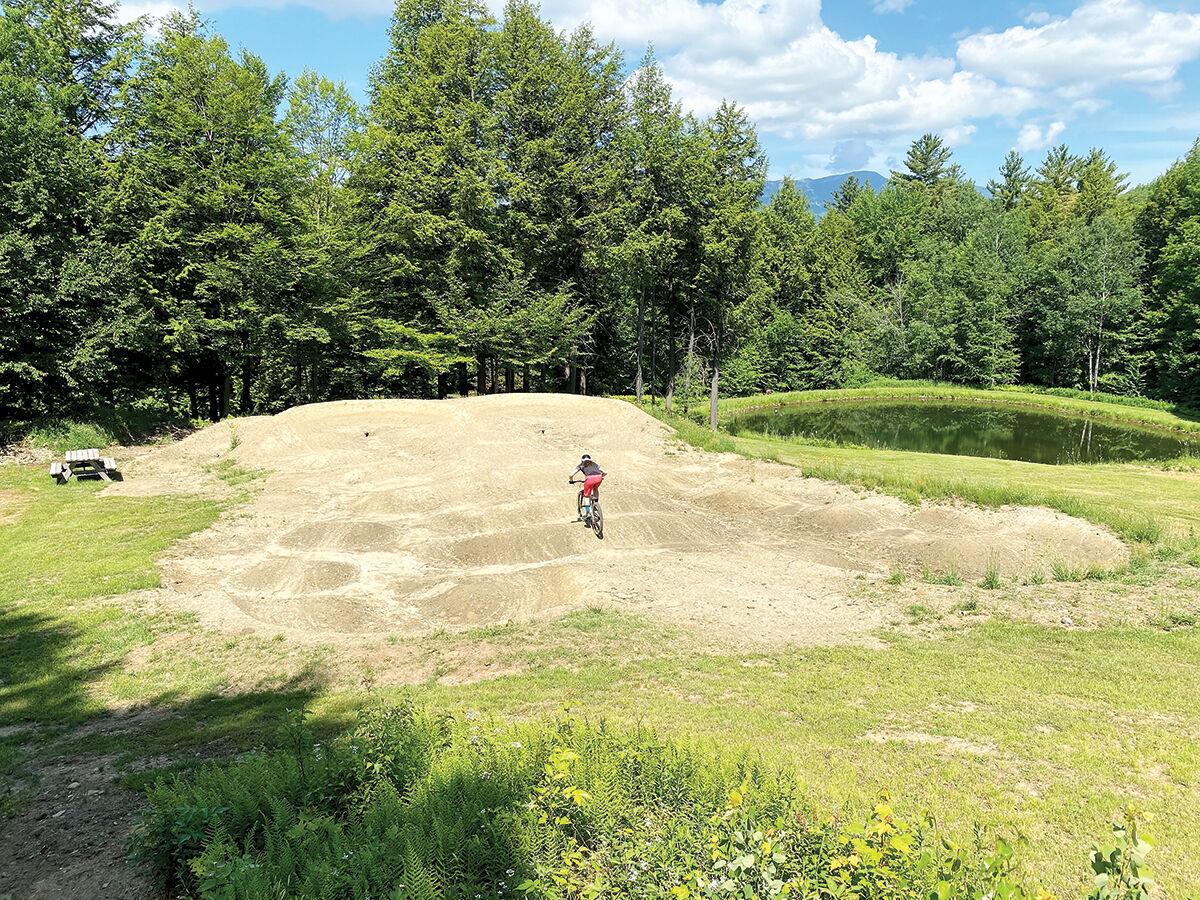 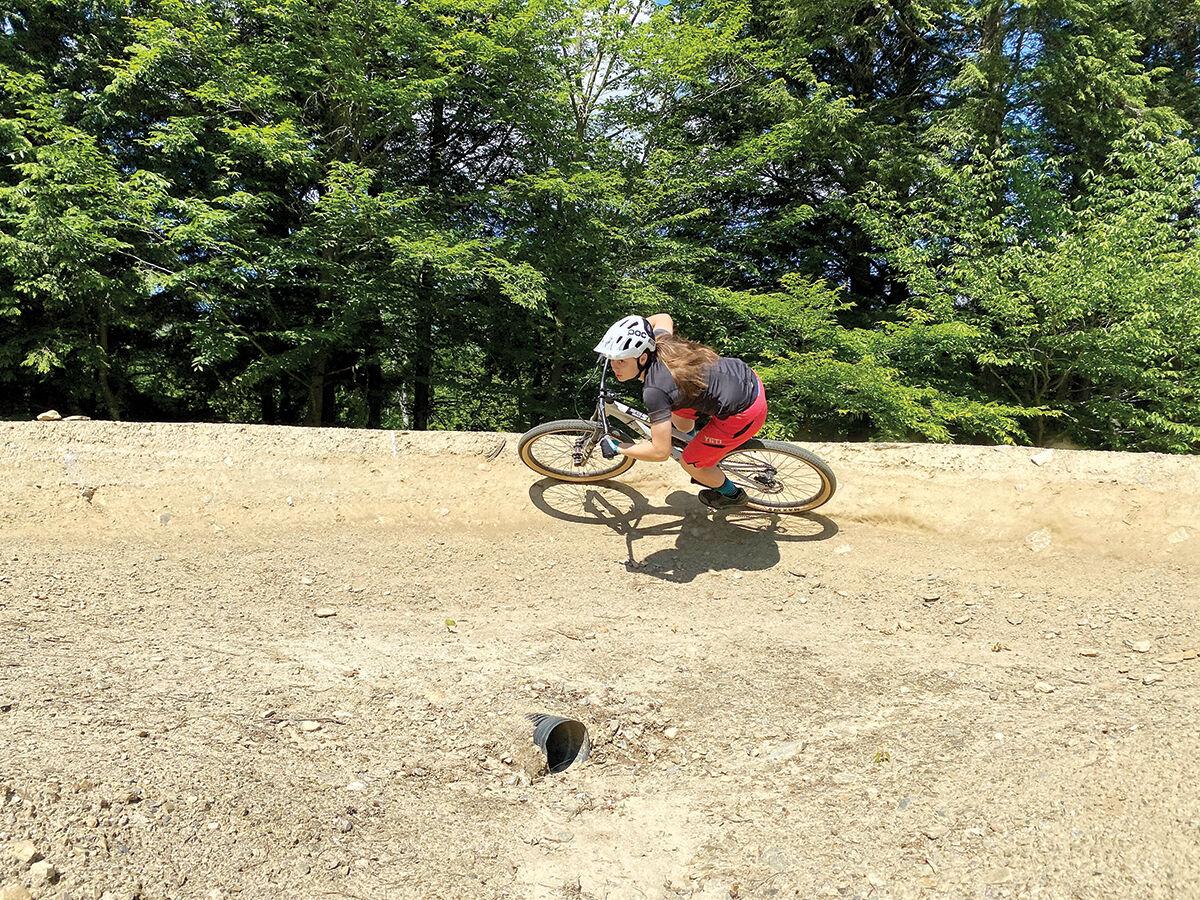 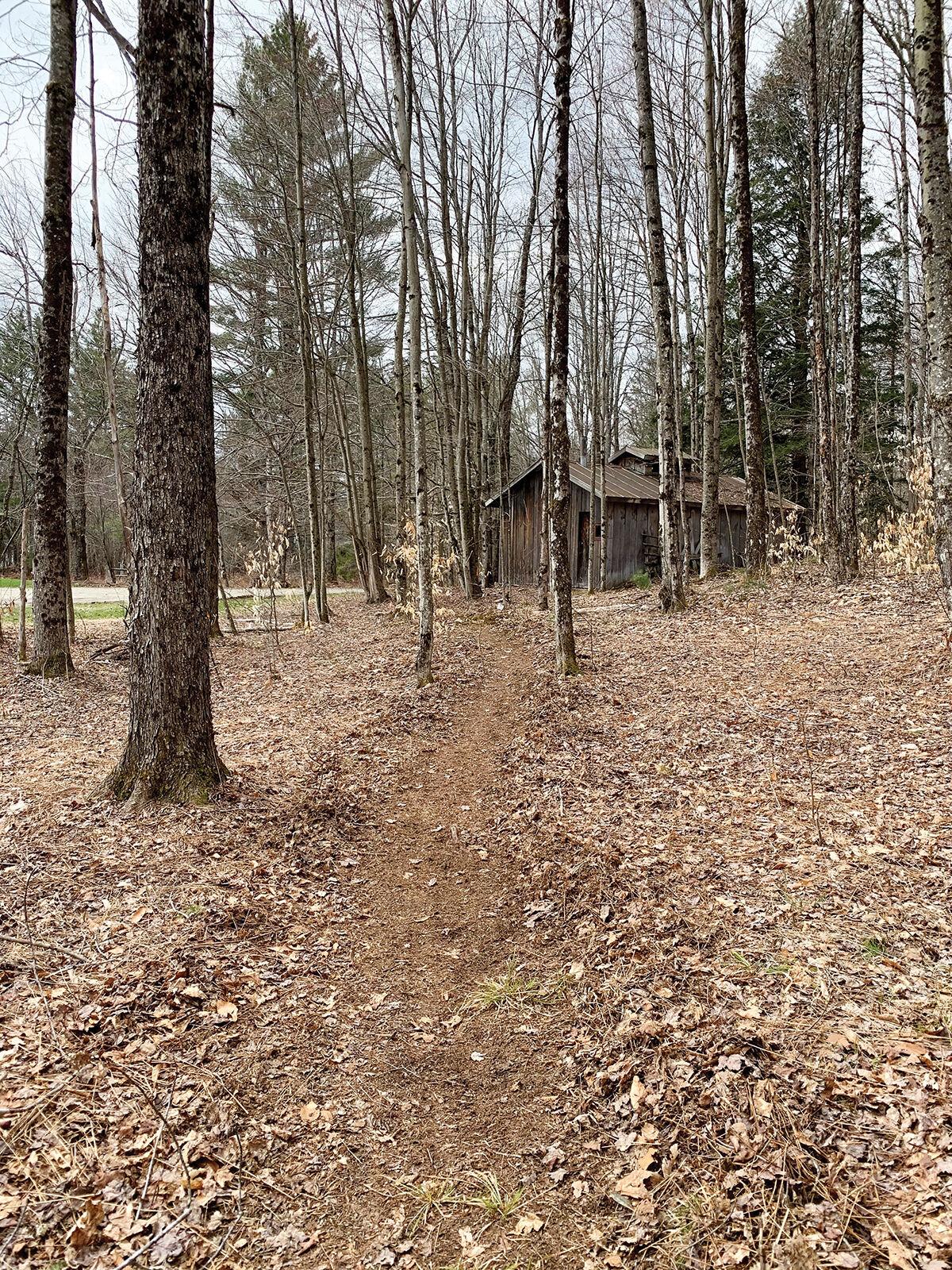 A woods trail through the Macdonald family’s property in Stowe.

The sign for the TNM Loop they designed together.

A woods trail through the Macdonald family’s property in Stowe.

When the pandemic abruptly slammed the door on normal life in Vermont in mid-March, mountain bikers were just getting the itch to ride. Snow was melting, trails would have been drying out soon and roads would be open for cyclists to get into shape.

And then: Stay home, stay safe. Wear a mask, keep your distance.

What’s a mountain biker to do?

If you have enough land, you can build trails for your family.

That’s what the Doiron and Macdonald families did in Stowe. Other people did, too, but weren’t eager to disclose their trail networks to the public because they could lose that safety factor if other riders discovered them.

In the early weeks of staying home, staying safe. Lots of workplaces were closed. The schools were shut down. It was easy to go stir-crazy.

McKee Macdonald and his family kept busy for a while with their sugar shack, but then needed something else to do. Macdonald grew up in Stowe, and as an adult had developed a passion for mountain biking. Then, he had an idea.

“As the sugaring season wore down and we were stuck at home with this virus, I said, ‘Let’s build a mountain biking trail back here,’” Macdonald said. His 8-year-old twins, Tallulah and Matilda, were delighted by the idea.

They got to work, shaping trails that weave in and out of the sugar maples. Using a yard rake, a steel rake, and a shovel, they built an easy-going loop around a big maple tree.

“They were so into it,” Macdonald said, and the one loop wasn’t enough.

Eventually, their backyard loop around-the-maple loop expanded into a web of trails connecting with other local runs.

Macdonald refined the trails, adding banks when he noticed the kids getting to the trees on certain turns, and repurposing fallen lumber for trail features.

For instance, he took one log, made a few modifications and added particle board to make a mellow teeter-totter. Another log formed a ramped bridge resting less than 6 inches off the ground.

Those aren’t the kind of features an avid biker would look for, but they were a good start for the kids.

“I wanted to make some features they could get more comfortable on,” he said. “It’s a backyard-fun confidence builder.”

The girls got to name their trails, too. Matilda designed Mushroom Alley, a route looping around a tree covered in mushrooms. Tallulah designed a trail called Maple Dream. The original loop, a joint effort, is named TNM Loop, named after the twins

There’s some fun for the adults, too. An unnamed trail ventures into steeper, more difficult terrain.

“It has a good little tricky climb section and a fun downhill,” Macdonald said. It’s his own personal run, and where he gets his legs in shape for the season ahead.

The Doiron family got some professional help to boost their home track to a different level.

They started with a track around the property with a couple of bridges and features, built by Brooke Scatchard of Sinuosity trails. It was used mostly used by dad Jason and the kids after he got off work.

“Our kids got really into riding and started riding the public trails,” Ellisa Doiron said. Their three kids, Madeline, Lillian and James, are avid bikers.

“When we put in the trail, I think that was my husband’s dream,” she said.

Now, they have a pump track on their property — a dirt track with high-speed, open rollers and large banks — that the Stowe Mountain Bike Academy uses to train.

Their oldest, Madeline, bikes competitively. The family traveled to Whistler Mountain in British Columbia for the Crankworx competition, where Madeline raced in the enduro and B-line events. They were there for a week, and Madeline started using the pump track. She loved it., and she signed up for the pump track race, too.

“She just got better with every round and ended up placing third,” Doiron said.

While the pump track riding leans more toward BMX than traditional downhill biking, Doiron said a lot of the skills needed to ride it effectively translate directly to biking through mountain woods.

While the stay-at-home order was in place, the pump track was a great outlet for the family, and Doiron is grateful they have their bikes and track and backyard trails in such a crazy time.

“I think a lot of kids were finding things to jump off and ride through; it was a very popular thing to do in quarantine,” she said.

And, right now, it’s all about having a good time.

“Right now, not having any competitions on the calendar, it’s really just riding for fun,” Doiron said. “Silver linings.”

With pandemic restrictions gradually lifting from sports, Doiron and the mountain bike academy are looking to the pump track again.

Biking camps started a couple weeks ago, with limited enrollment, so bikers won’t be crowded together.

“We're thinking about limiting groups to four,” she said, but the real issue is travel. The academy would bring the kids and their bikes to the track in a sprinter van, but having coaches and kids in a tight space doesn't line up with safety recommendations.

So, the academy might have parents drive the bikers, and pedaling there isn't too far a trek.

“It's just figuring out those logistic issues,” Doiron said.