You have permission to edit this article.
Edit
Home
State And World
Calendar
Special Publications
Multimedia
Marketplace
Classifieds
Contact Us
Follow Us
Donate
1 of 2 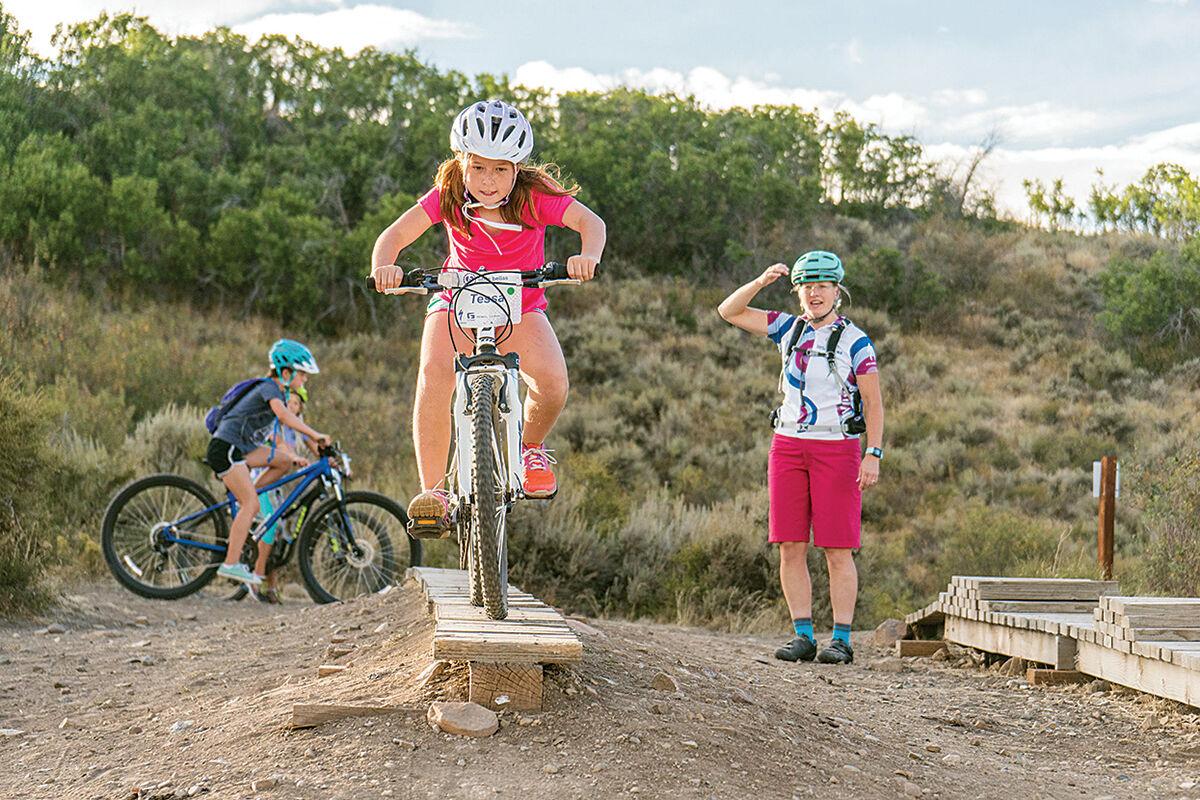 Youngsters learn to ride precisely across the kinds of bridges they’ll find in the woods. 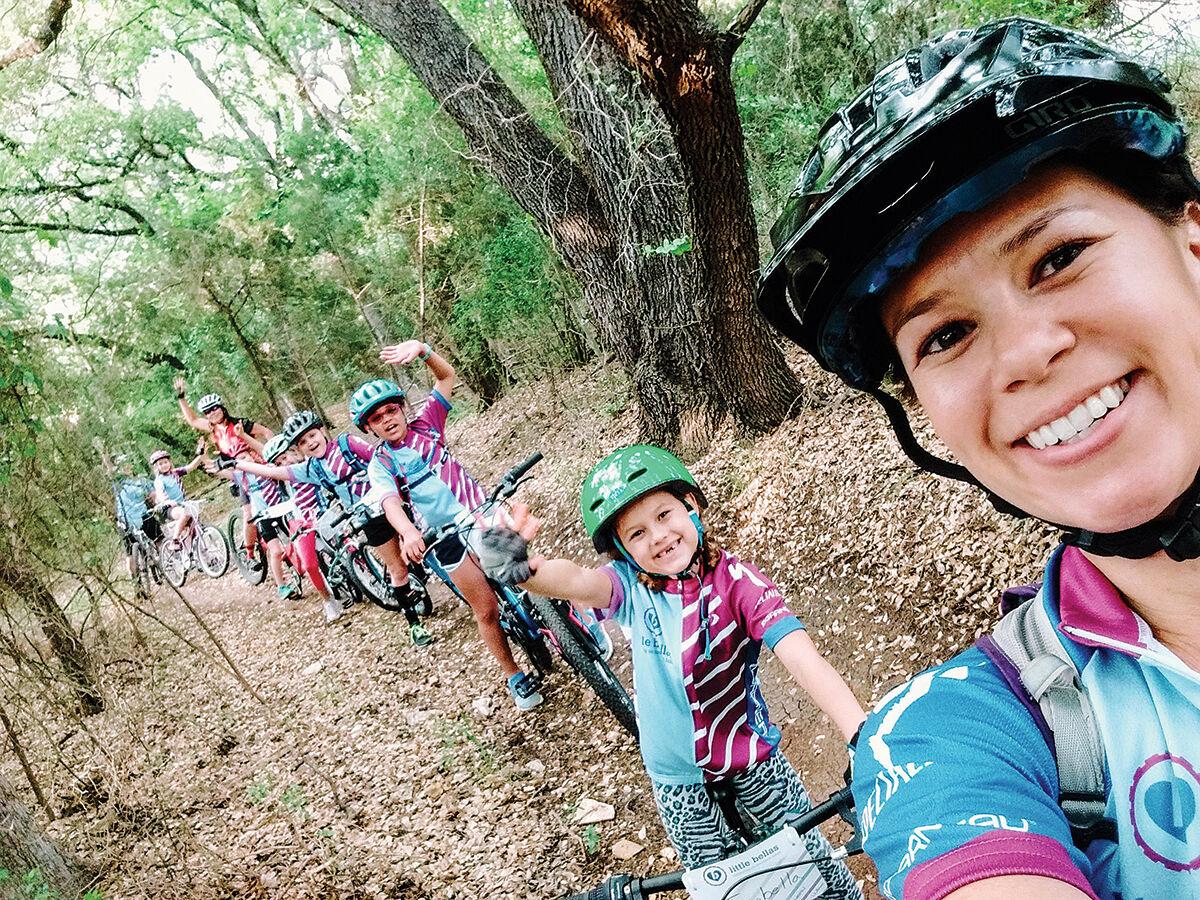 Young mountain bikers smile proudly during an outing at the Kingdom Trails, a big network based in East Burke.

Youngsters learn to ride precisely across the kinds of bridges they’ll find in the woods.

Young mountain bikers smile proudly during an outing at the Kingdom Trails, a big network based in East Burke.

The boom in mountain biking has led to some friction with landowners. Here’s a look at how a Vermont group is working to solve these issues.

In January, New England-area mountain bikers were devastated to learn that access to key portions of the Kingdom Trails network in Lyndonville had been closed to mountain biking.

That eye-opening move, spurred by decisions of private landowners to close access to their land on Darling Hill within the network overseen by Kingdom Trail Association, was followed by another blow shortly after: The New England Mountain Bike Association canceled its annual NEMBA Fest slated for the same location in June.

Both actions cast a pall over the mountain bike community, leaving some to wonder what the future would hold for riding access in a part of the U.S., where the majority of routes go through private land.

The nonprofit Kingdom Trails Association, based out of East Burke, was originally developed to help navigate those very concerns. Founded in 1994, the association has focused its mission on providing recreation and educational opportunities by managing, maintaining and building trails to foster the health of the community, surrounding environment and regional economy.

• Managed by: Volunteer board of directors made up of community leaders, business owners, trail users and Kingdom Trails Association landowners.

• The challenge: Balance the needs of landowners on trails that are seeing a rapid rise in use, particularly mountain biking. The increasing number of trail users has put pressure on rural village infrastructure, including the land, parking, local amenities and in-town pedestrian/rider safety.

Mountain bikers who are furthermore not practicing proper trail etiquette are causing conflict with other trail users and landowners, especially in high-use spots such as the heart of the system at the Darling Hill Ridge area.

• The solution: “The solution is listening,” Long said. “To proceed responsibly, have a sustainable future and be good stewards, we have to be engaged in the community who so graciously host us and listen to the landowners who allow us to even exist.”

Long outlined three main action items on which the association is moving forward and a fourth action item/opportunity that presented itself after the December 2019 closure of lands.

2) The development of a code of conduct for trail users.

4) The association’s purchase and conservation of nearly 270 acres in the Heaven’s Bench area of Darling Hill, one of the heavily used zones.

Kingdom Trails Association was awarded a U.S. Department of Agriculture grant and, in January, launched the Kingdom Trails Network Capacity Study, led by SE Group, a recreation consultant from Vermont and Colorado. The goal is to address growth issues and capacity of the network and enhance the network’s positive impact on the host communities.

The study will explore a new welcome center location, trail access improvements, connections and crossings and opportunities to disperse users, as these issues will help relieve pressure and stress caused by an increasing number of visitors.

The planning process so far has included a public workshop in February attended by more than 200 community members; an online survey that resulted in more than 950 responses; and meetings with businesses, landowners, road crews, town select boards, first responders, trail users and other community members. The study is a yearlong process and recommendations are expected to be adopted by the end of the year.

The code of conduct for trail users will go above and beyond the existing trail rules and policies that are already posted on the trails association website, maps, signage and at trailheads. The board of directors envisions something “bold and catchy,” Long said.

More importantly, trail users and Kingdom Trails Association members will read and initial the code of conduct, and the association will hold users accountable if they’re not acting in compliance.

“Having a more uniform message out there among the region will only help reach a broader audience,” Long said. “It’s comforting to know it’s not just Kingdom Trails willy-nilly making something up. We’re being responsible by having a bunch of people at the table, with different voices and perspectives to help us create this together.”

The trails association has had an ambassador program, with about 10 staff members working Friday-Sunday and Monday holidays throughout the summer, but those staffers typically have been pulled from the trails to help with parking concerns.

“We were no longer a presence on the trails, educating people and keeping people safe and holding people accountable for their behavior. So we needed to take a step back, revamp that and get our priorities shifted,” Long said.

Seeking advice from many resources, such as the Catskill State Park in New York, the association re-envisioned its ambassador program and plan to station ambassadors at trailheads, where they will engage and educate trail users, run through the code of conduct and leave-no-trace policies, and inform them that they’re on private land and to be respectful.

An additional crew of ambassadors will be on foot and bike, making strategic rounds on the trails, so recreationists know that no matter where they are, somebody will be close, enforcing the code of conduct. Upon the recommendation of the Vermont Horse Council, Kingdom Trails Association may also have an ambassador on horseback to help teach trail users proper etiquette when encountering horses.

In February, Kingdom Trails Association bought nearly 270 acres in Lyndonville that was in federal receivership after having been acquired from Ariel Quiros, the disgraced former owner of Burke Mountain Resort and Jay Peak Resort who is facing charges in an investor fraud scandal.

The land near Darling Hill abuts that of the private landowners who, last December, had closed off access to all modes of cycling (on dirt and snow).

“Not only can we conserve the natural resources on the ridge — the outdoor recreation opportunities, the stunning landscape — but we can also be good neighbors because it actually abuts the neighbors who have restricted access,” Long said. “They want less traffic and congestion, and that property was at risk of becoming a 10-house development with driveways and roads. We didn’t want to see that, and we know that they didn’t want to see that. It was a big win for the community.”

Working with the Vermont Land Trust and Vermont Housing and Conservation Board, the association will conserve and protect 270 acres of this land in perpetuity. The purchase ensures access to roughly 5 miles of existing trails, including Heaven’s Bench, and will help mitigate bike traffic on the roads to avoid dangerous situations between bikes and cars.

As of now, the focus for this land is not on building additional trails or installing welcome centers or other infrastructure.

“We’re focusing on proving and showing our landowners that we’re listening, learning and then taking action,” Long said. “We need to prove to them that we’re making responsible decisions. We’re not reacting; we’re responding, rather. We’re being thoughtful and taking into account our community’s and our landowner feedback, then going forth.”

The Mountain Flyer / The Mountain Bike Journal is based in Jeffersonville and Crested Butte, Colo.