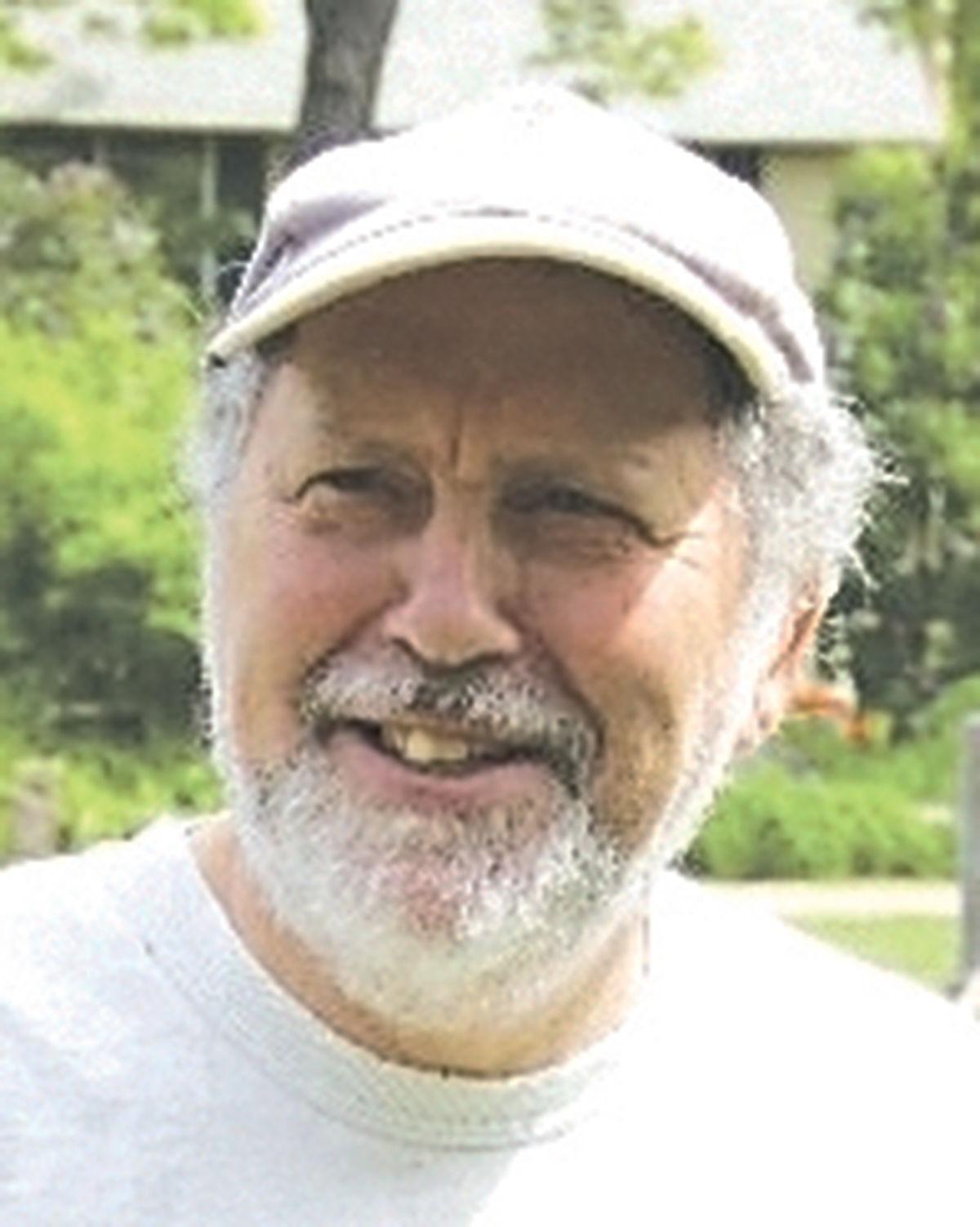 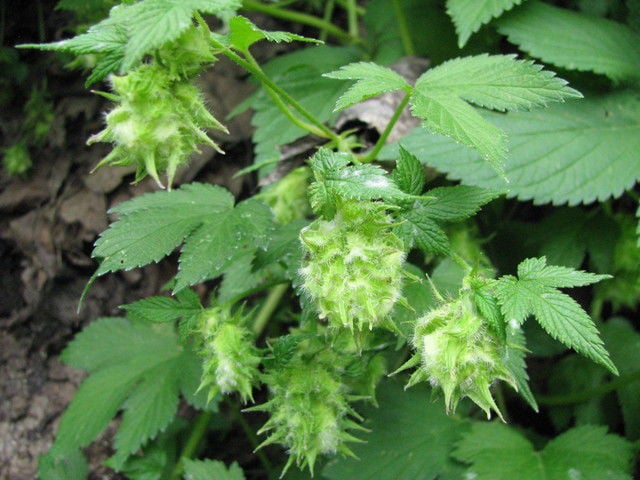 Last summer, I saw the invasive Japanese hops (Humulus japonicas) in my garden at the Intervale’s Tommy Thompson Community Garden. Native to Japan and eastern China, this annual climbing/trailing vine was introduced to the U.S. as an ornamental plant in the mid-to-late 1800s. Unlike its close relative, common hops (Humulus lupulus), which grows high in one of the community garden’s perennial beds, Japanese hops have little value in the brewing industry.

They are a dioecious, fast-growing, herbaceous vine in the Cannabinaceae family with leaves that are simple, opposite, heart-shaped and palmately divided, usually into five lobes. Blooming mid-to-late summer, their flowers are greenish. Green hops, produced by female plants, contain oval, yellowish brown seeds, which are believed to remain viable in the soil for three years. Seeds are dispersed by wind and water along rivers and streams and in fields.

The stems are 8-35 feet in length and covered with rough prickles that are irritating to bare skin. I can attest to that after removing them.

These plants can be hand-pulled and removed from the area before seeds ripen. When pulling them, attempt to remove as much of the rootstock as possible. Long sleeves, pants and gloves are essential to avoid skin irritation. It’s likely that re-sprouts could occur from both the rootstock and the vines. I pulled out the hops and dug them out with a shovel.

This hops species has a high reproductive rate, rapid growth rate, long-range dispersal and broad photosynthetic range. Japanese hops can form dense, almost solid stands that outcompete native vegetation with the potential to displace native riverbank and flood plain vegetation. In May, vines begin growth, which is rapid with the vines quickly climbing over adjacent vegetation.

Japanese hops can grow in sandy, loamy, clay, acid, neutral and basic soils. While it requires moist soil, it can grow in semi-shade to no shade environments. Threatening open woodlands, fields, prairies and riparian corridors, it’s widespread throughout the eastern U.S. and ranges from Maine, south to Georgia, and west to Kansas and Nebraska. I’m sure I’ll be removing hops for years to come.

I also found some wild parsnips growing in my community garden plots. Also known as poison parsnip (Pastinanca sativa), according to the Vermont Department of Health, poorly maintained swaths of land like pastures, roadsides and abandoned fields are notorious for hosting the tall yellow flowers. It can cause second-degree sunburns, painful rashes and blisters especially in the presence of sunlight. When I dug them out of my garden, I wore gloves, long sleeves and pants. My garden neighbor, Fred Schmidt, wasn’t so lucky; he had burns on one arm. Make sure to steer clear of this invasive species.

Wild parsnips are closely related to carrots, parsley, angelica and giant hogweed, and often mistaken for its harmless lookalike, Queen Anne’s Lace, which has white flowers.

Growing up to four feet, wild parsnips looks and smells like cultivated parsnip. Its leaves have jagged edges, while leaflets are shiny, and diamond shaped.

Years ago, I left some sweet parsnips in the ground over the winter. Come early summer, I didn’t harvest them, and they grew into eight-foot-tall plants. I harvested the parsnip seeds and planted them in my garden along with carrots, beets, turnips and rutabagas. I left the mature parsnips in the ground over winter and harvested the sweet roots come spring. There’s nothing better tasting.

In my daily walks through Red Rocks Park with Hercules, my famous lab-Newfie mix, I see more and more buckthorn (Rhamnus cathartica). Under the direction of Ashley Parker, South Burlington staff naturalist, the city has undertaken invasive plant removal and control without the use of herbicides in both Red Rocks and Wheeler Nature Parks. In my walks, I use garden clippers to remove the young buckthorns and loppers for the smaller trees.

A method of control is to cut the stump and then return periodically to remove the growth that emerges from the stump thus weakening the tree from further growth. Under Parker’s direction, the Youth Conservation Corp has done much of the cutting. South Burlington has also sponsored several Weed Warrior programs led by Mike Bald of Got Weeds, a professional invasive plant removal expert, who trains volunteers on the proper removal techniques.

The common buckthorn is an invasive to natural areas since it was introduced in the 1800s as a hedge row landscaping feature. It spreads easily by way of fruit (little black berries) scattered by birds. It’s easy to identify since it is among the last to lose its color and leaves in the fall and first to appear in spring. Buckthorn provides little nutrition to wildlife and inhibits the growth of native trees in forests by its leaf formation early and late in the season along with its hedge like structure.

I didn’t mention poison ivy which grows rampant throughout Red Rocks Park. I’ve noticed how with the greater warming of our planet each year, poison ivy spreads more and more.