You have permission to edit this article.
Edit
Home
State And World
Calendar
Special Publications
Multimedia
Marketplace
Classifieds
Contact Us
Follow Us
Donate
1 of 7 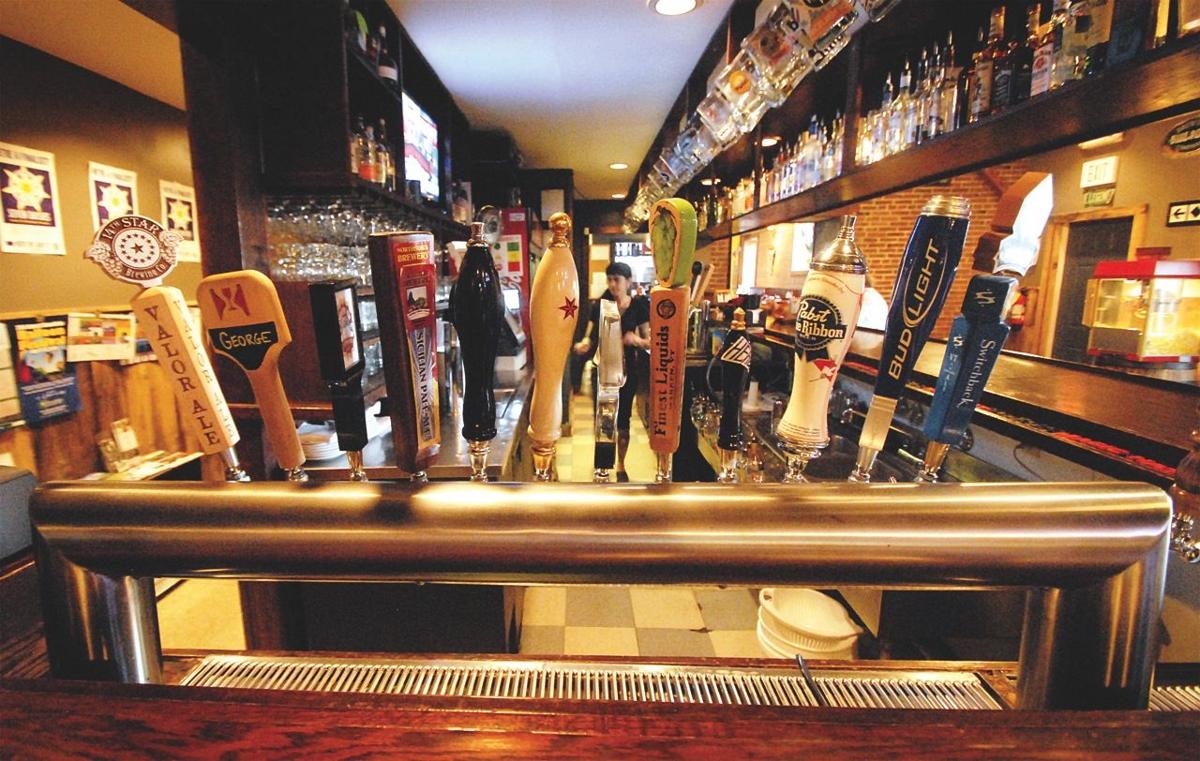 The Rez, as it’s known locally, is a crowd favorite offering food and drinks in a sports-bar-meets-family-restaurant setting in the heart of Waterbury village. 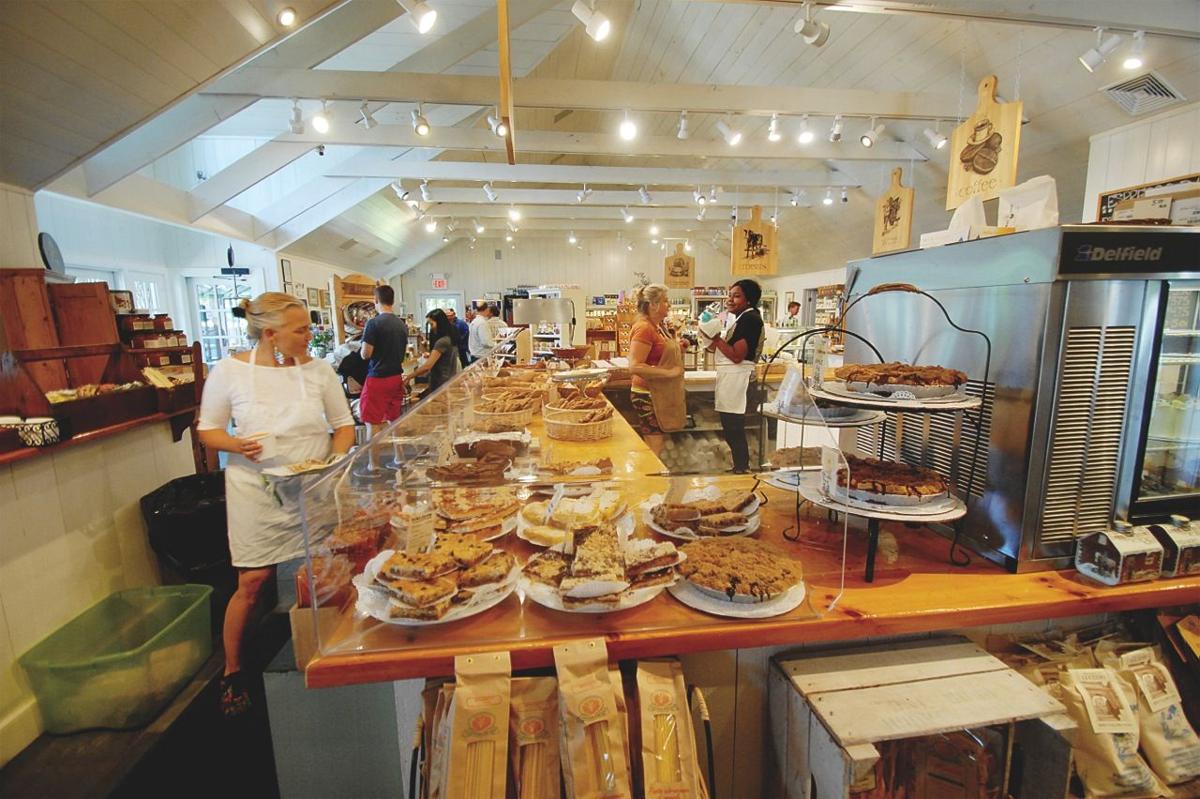 Whether you’re craving a loaf of freshly baked French or challah bread, a black-and-white cookie, a chocolate mousse cake or a fruit tart, you’ll find it at Harvest Market. 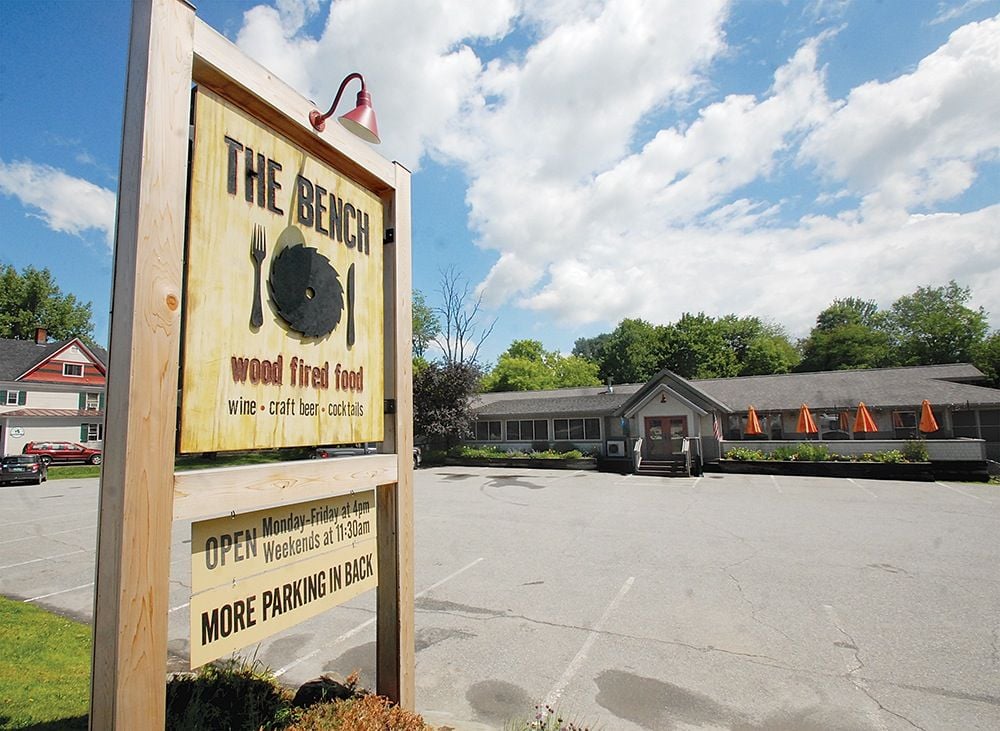 Mark Frier and Chad Fry, proprietors of the also-honored Reservoir Restaurant & Tap Room in Waterbury, have hit a home run with their rustic-chic food and drink hotspot on the Mountain Road in Stowe. 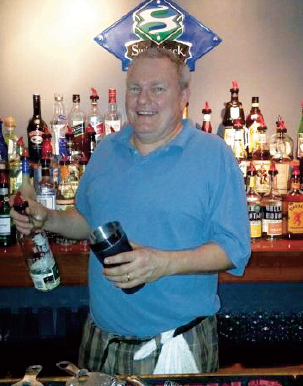 If you’ve been to the Backyard, you’ve certainly seen the perpetually smiling face and been in the capable service of bartender and town treasure Dennis Tallagnon. 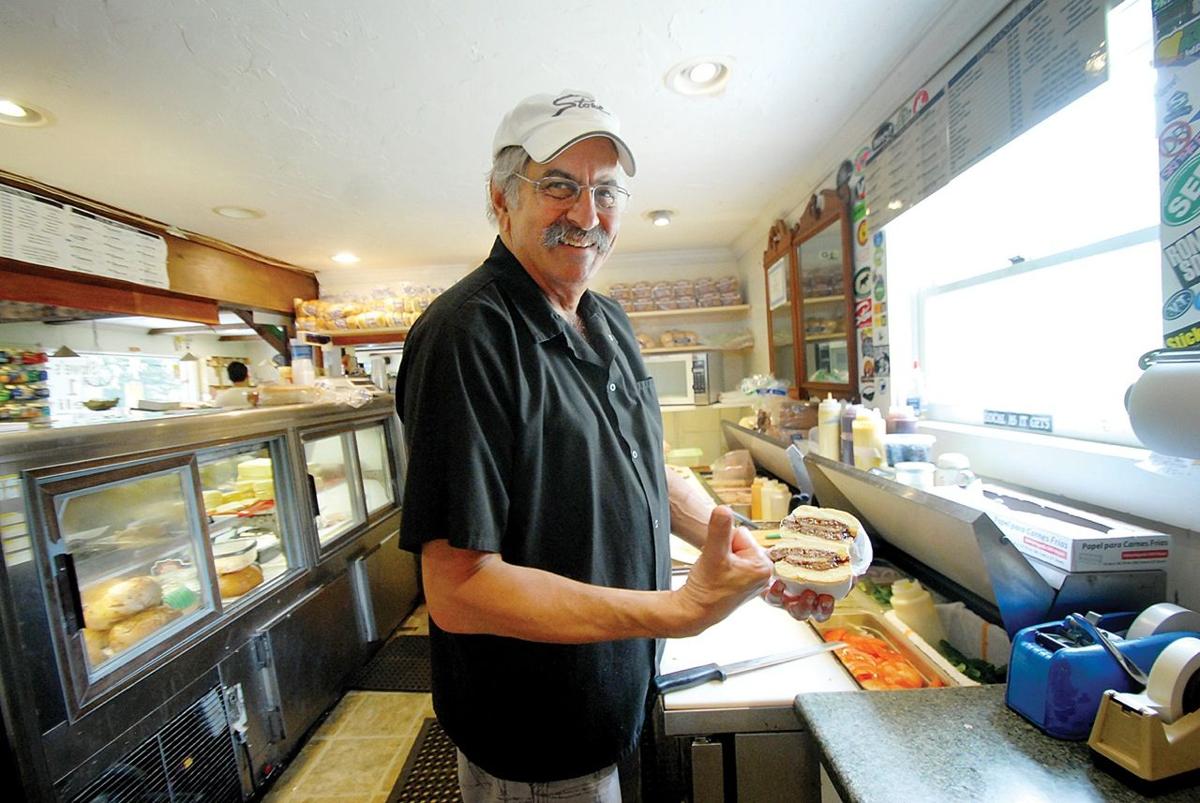 Sandwiches, smoked meat, elaborate pastries, ice cream, beer, wine, a coffee bar and a wide selection of convenience-store items guarantee that everyone can find something enticing to eat at Edelweiss. 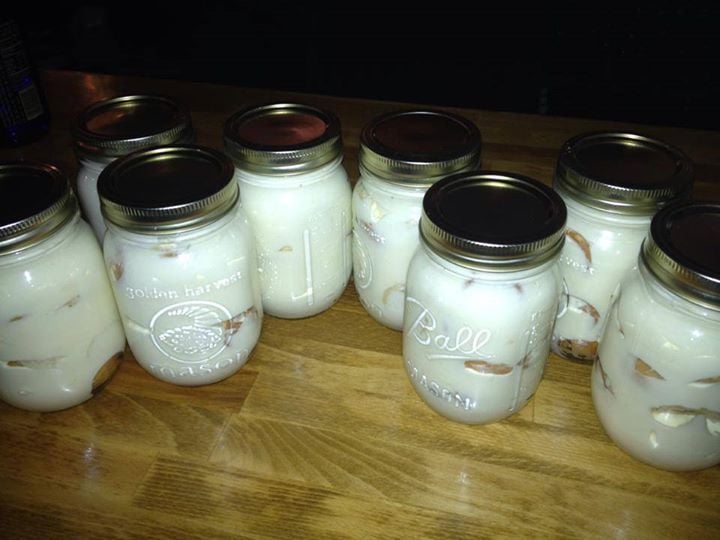 We’d say this isn’t your mama’s banana pudding, but it sort of is — Martin’s mother used to make it, inspired by the springtime treat made by her own mother in southern Virginia. At Plate, it’s a year-round indulgence due to customer demand. 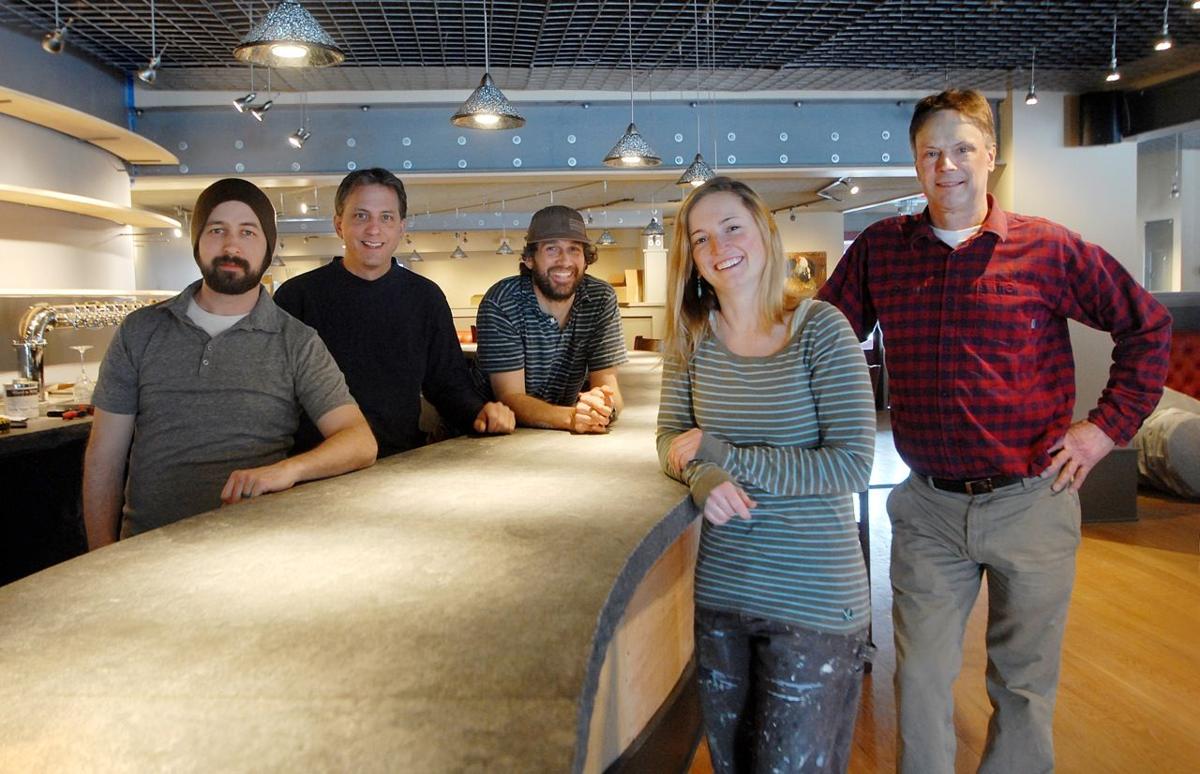 The Rez, as it’s known locally, is a crowd favorite offering food and drinks in a sports-bar-meets-family-restaurant setting in the heart of Waterbury village.

Whether you’re craving a loaf of freshly baked French or challah bread, a black-and-white cookie, a chocolate mousse cake or a fruit tart, you’ll find it at Harvest Market.

Mark Frier and Chad Fry, proprietors of the also-honored Reservoir Restaurant & Tap Room in Waterbury, have hit a home run with their rustic-chic food and drink hotspot on the Mountain Road in Stowe.

If you’ve been to the Backyard, you’ve certainly seen the perpetually smiling face and been in the capable service of bartender and town treasure Dennis Tallagnon.

Sandwiches, smoked meat, elaborate pastries, ice cream, beer, wine, a coffee bar and a wide selection of convenience-store items guarantee that everyone can find something enticing to eat at Edelweiss.

We’d say this isn’t your mama’s banana pudding, but it sort of is — Martin’s mother used to make it, inspired by the springtime treat made by her own mother in southern Virginia. At Plate, it’s a year-round indulgence due to customer demand.

What's on the menu? From burgers to banana pudding, pizza shops to upscale après-ski spots, our readers have some delicious opinions on where to find the best of just about anything you might be craving.

The sheer number of responses in this category proves, beyond a reasonable doubt, that our readers love burgers and they’re loyal to their favorite burger joint. This one was almost too close to call. The top three vote-getters, plus Sunset Grille & Taproom, really duked it out for the top slot, which should definitely convince Nancy Haab at Sunset that it is NOT time to get out of the kitchen!

Piecasso Pizzeria & Lounge was our readers’ clear favorite, far outpacing the competition, and it is no wonder. Owner Eduardo Rovetto’s restaurant is just one of 10 pizzerias in the Rovetto family. It’s difficult to believe it’s been nearly 15 years since Ed opened his pizzeria in a small Mountain Road storefront, before expanding and moving across the street to the former Isle de France building. Good move, Ed.

Newcomer Bench, sister restaurant to the Reservoir Restaurant & Tap Room in Waterbury, most impressed our readers. Whether it’s the 20 or so specialty brews on tap, the wood-fired food, or comfortable, manly décor, Bench far outpaced its two closest rivals, getting as many votes as the other two Stowe newcomers combined. And that’s saying something, because Bench’s competition is as good as it gets.

The Reservoir boasts that it has the most taps in the state, which likely pushed the Waterbury bar and restaurant over its nearest competition. Another close call.

Boyden Winery, just over the mountains in Cambridge, has been making a fine selection of Vermont wines, including its sumptuous ice wine, on its four-generation family farm for over 20 years. Vermont’s other notable wineries all posted respectable showings, but 4393 voters clearly stuck with what they know best.

Cabot Creamery says its market isn’t just Vermont, but it surely is among 4393 participants. A hands-down favorite among our readers, the company outpaced other top-notch local cheesemakers — Jasper Hill in Greensboro Bend, Mt. Mansfield Creamery in Morrisville, and Sage Goat Farm Dairy in Stowe. Here’s an idea: A glass of Boyden ice wine and a sampler of local cheeses. Oh yeah.

1. Dennis Tallagnon at The Backyard Tavern

Where’s your favorite bartender? Well, where everyone knows your name, of course, or at least where the bartender knows yours. No one ran away with this category, but Dennis at Stowe’s longtime watering hole The Backyard Tavern was the clear winner. Though Jesse at the ’Horn gave him a run for the corkscrew. Don’t bad puns and bartenders go together? It was also nice to see other pros like Kate Wise, Jonathan Weiss, Mary Windler and the incomparable Andrew Kneale get recognized by their fans.

Whew. Don’t you hate when people say, “We’re all winners.” But, we gotta confess. In this category, lots of local bars and taverns came really, really close to taking the prize. The Matterhorn came out ahead, but the next eight vote-getters were shot glass to shot glass.

Where’s the best place to be seen in your new furry Ugg boots? For our readers, it’s The Roost, the après bar at Topnotch with its industrial feel, clean lines and 1960s vibe. But the vote, again, was close. Phoenix, with its modern, open feel, and on the polar opposite end of the spectrum, the Austrian-inspired Lounge at Trapp Family Lodge, nipped at The Roost’s heels.

The Matterhorn kicked butt in the 4393s. Congrats. But we suspect the gauntlet has been thrown for next year’s contest!

We thought we’d get 600 different names in this category, and it did feature a fair number of one-hit wonders. Everyone either has a favorite or voted for themselves! But a few servers — what we used to call waiters, waitresses or waitrons back in the day — rose to the top.

2. Michael Kloeti at Michael’s on the Hill

Josh and Jack. Jack and Josh. The names are synonymous with dining in Stowe. Jack Pickett honed his craft at Ten Acres in Stowe, bringing farm-to-table to Stowe long before it became the rage, founded Blue Moon Café and, with Josh Bard, collaborated on the popular Frida’s Taqueria. Last year, this talented twosome opened Phoenix Table & Bar. It’s a cool, cool place with inventive, fresh cuisine. Vermont farmer Alan LePage told us in 2014 that “Jack changed my life as a farmer. … ‘Parsnip soup!’ says the chef, and the farmer has to produce parsnips, or the chef just buys them from California. Jack was the first chef I met who understood that if it’s July, there are no local parsnips. He would call ME to ask ME what was available — what looked good, what may have gone by — and then he’d design his menu around it. He was brilliant and inspired. Way, way ahead of the curve.” Nice, huh? If you haven’t been, what are you waiting for? And definitely go for the oysters.

Does this qualify as a no-brainer? For goodness sakes, there’s an app for lovers of Heady Topper, The Alchemist’s signature brew, so they can track trucks making Heady deliveries. And, beverage outlets often limit purchases to a four-pack, maybe two. The hoppy IPA is also top of mind these days for locals as The Alchemist will open a brewery in Stowe early next year. That said, our readers poured respectable mugs of votes for other local brewmeisters — Crop, Trapps, Lost Nation and Hill Farmstead — too.

This nearly ended in a tie, but chef Eric Warnstedt’s renowned Waterbury restaurant eked out a win over the equally tasty Michael’s on the Hill in Waterbury Center. Nominated for the Best Chef: Northeast award by the James Beard Foundation every year since 2009, Warnstedt cooked at the James Beard House in New York City this spring. With business partner William McNeil, Warnstedt is opening Doc Ponds, a “beer bar” in Stowe this summer. The awesome thing about this competitive category? That there are so many great dining establishments in these parts to choose from, many of which posted respectable finishes here.

Bench prevailed for the second time in the 4393s, but the two second-place finishers almost pulled off an upset. Go, Bench!

Quick. What’s McCarthy’s favorite holiday? If you guessed St. Patrick’s Day, clearly you lent your 4393 vote to this popular, long-lived breakfast and lunch joint. We suspect McCarthy’s always smiling, delightful owner Diane has a lot to do with this runaway win.

Dark. Cozy. Sumptuous food. The perfect wine accompaniment. The sound of falling water. What more could you ask for whilst on a romantic date? Again, Michael’s on the Hill was a close second and Harrison’s posted a very respectable showing.

Piecasso, of course. The popular pizzeria and ristorante remains the perfect spot to treat out-of-town friends, meet up with your visiting parents, or treat the Little League team. The choices run the gamut from a slice or two to delectable strombolis and full-fledged entrees. The prices are reasonable, not inexpensive, so your guests won’t comment on your skin-flintedness on the way back to their cars. The second and third place finishers were not far off the mark. Don’t you love choices?

Best place to eat if someone else is paying

HOTW, of course. Michael’s on the Hill, natch. Harrison’s, a reservation for four.

Robert Parker would be proud. From Morrisville to Stowe and into Waterbury, oenophiles will never die of thirst.

Basically, you can’t lose, but Harvest Market can win.

Vodka. Raspberry schnapps. Cranberry juice. Sour mix. Shaken with ice. House shot at Sunset Grille. Pour me one, I’m on my way. We couldn’t decipher some of the votes, but a lot of these cocktails sound mighty fun and/or tasty: Fire on the Mountain, jalapeño margarita at Piecasso, Moscow Mule at Phoenix, Lazy Vermonter at Plate, Irish car bombs at Matterhorn, bacon bourbon martini at Crop, and that Thai basil flip at Edson Hill.

This one was tap to tap, but Stowe Maple Products had a great run in the 4393s.

The Rez, as it’s known locally, is a crowd favorite offering food and drinks in a sports-bar-meets-family-restaurant setting in the heart of W…