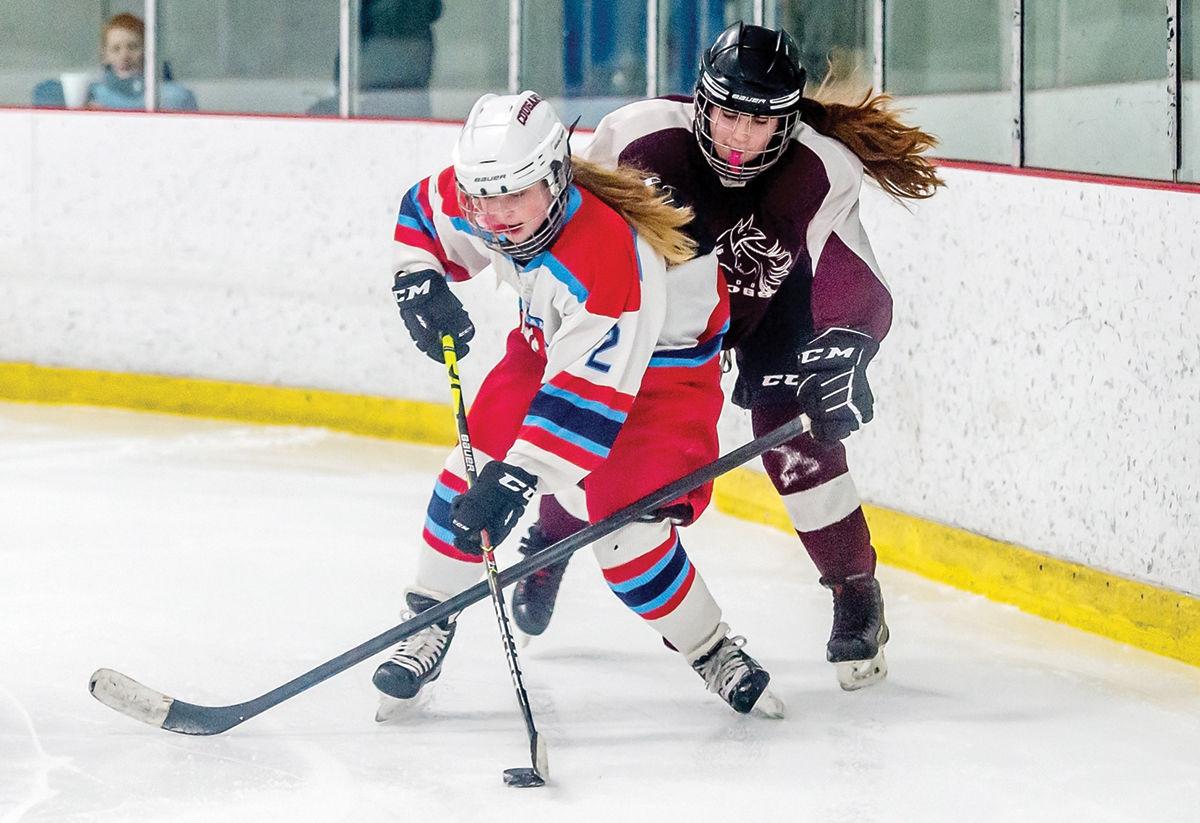 CVU’s Riley Erdman works to keep the puck as a North Country & Lyndon player tries to stop her on Jan. 15. 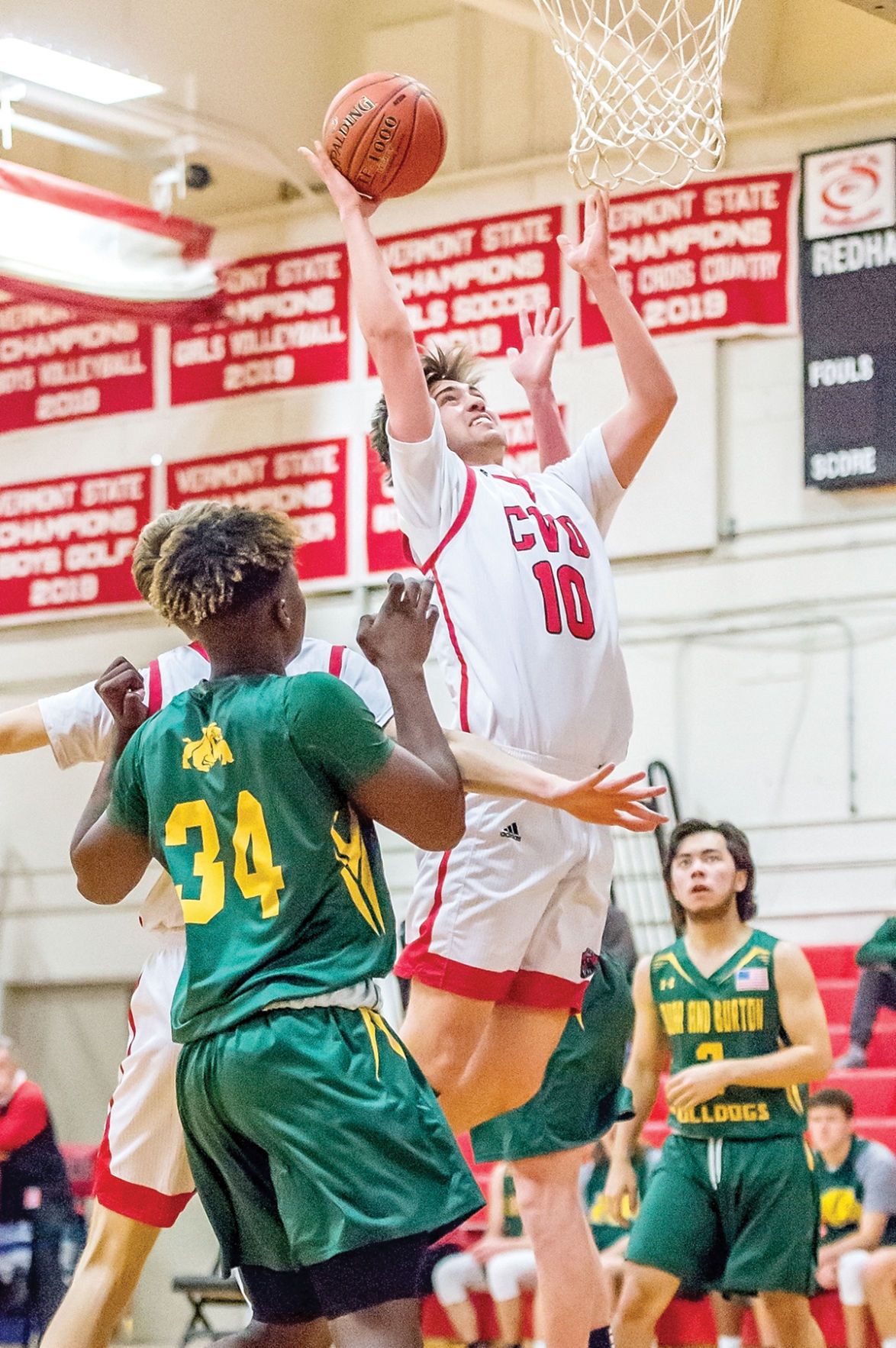 Noah Allen goes up in the air for a shot against Burr & Burton on Jan. 17.

CVU’s Riley Erdman works to keep the puck as a North Country & Lyndon player tries to stop her on Jan. 15.

Noah Allen goes up in the air for a shot against Burr & Burton on Jan. 17.

Noah Allen scored 15 points to lead CVU, who move to 10-1 this season. Jacob Boliba added 12 points for CVU, while all 13 Redhawks got on the scoresheet.

Tyler Morehouse had 17 points to lead the Redhawks, while Ethan Harvey added 16 points.

Aiden Achilles tallied twice for the Redhawks, who move 2-8-1.

Rutland’s Dillon Moore scored both goal for his team.

Two Champlain Valley Nordic teams found a way into the top five in the mixed relay race at the Ethan Allen Firing Range on Saturday, Jan. 18.

The first CVU team, made up of Gus Lunde, Emma Strack, Esther Cuneo and Gaven Schaaf, come in first place with a time of 40.52.

A second CVU team, made up of Nigl Wormser, Finnigan Mittelstadt, Isabelle Mittelstadt and Skylar Heininger, came in fourth place with a time of 43.01.

Timberland (N.H.) came in the first place, with Essex right behind in second place. Mount Ararat (Maine) was third, Queensbury (N.Y.) came in fourth and Massabesic (Maine) rounded out the top five.

Julia Blanck and Maryn Askew each scored 12 points for the Redhawks, who are now 9-0. Catherine Gilwee chipped in with nine points for CVU, who lead 14-2 after the first quarter and 20-10 at halftime.

Tess Everett tallied twice for Champlain Valley, who move to 5-6. Karina Bushweller and Flynn Hall each had an assist while Grace Ferguson made 25 saves for the Redhawks.

Avery Gale, Audrey Schooner and Taylor Moulton each had a goal for the Tigers and Abby Hodsden stopped 15 shots.

It’s a great week to be a Redhawk

The Champlain Valley Union High School gymnastics team are queens of the gym, thanks to an inspiring performance from their senior captain Tali Giubardo.

Here’s how the Redhawks did this week.