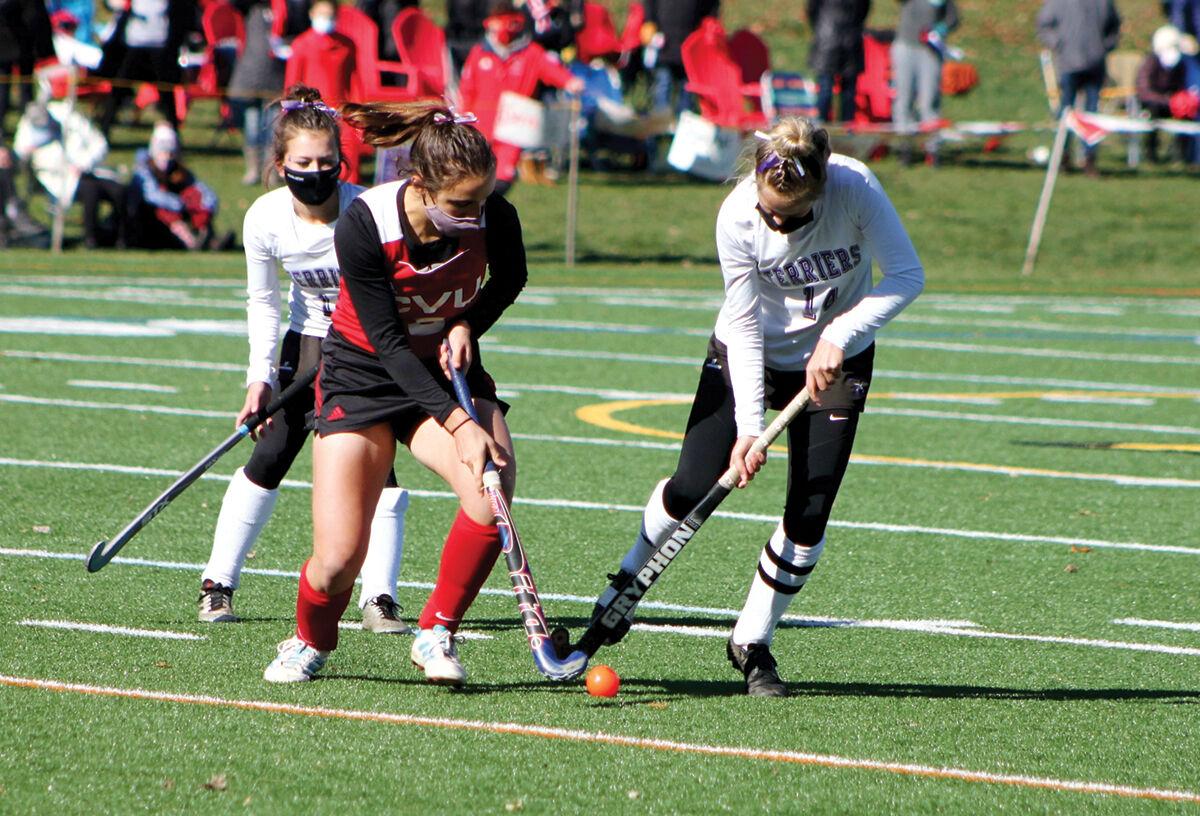 Despite a solid season, CVU wasn’t able to surpass Bellows Falls on Halloween. 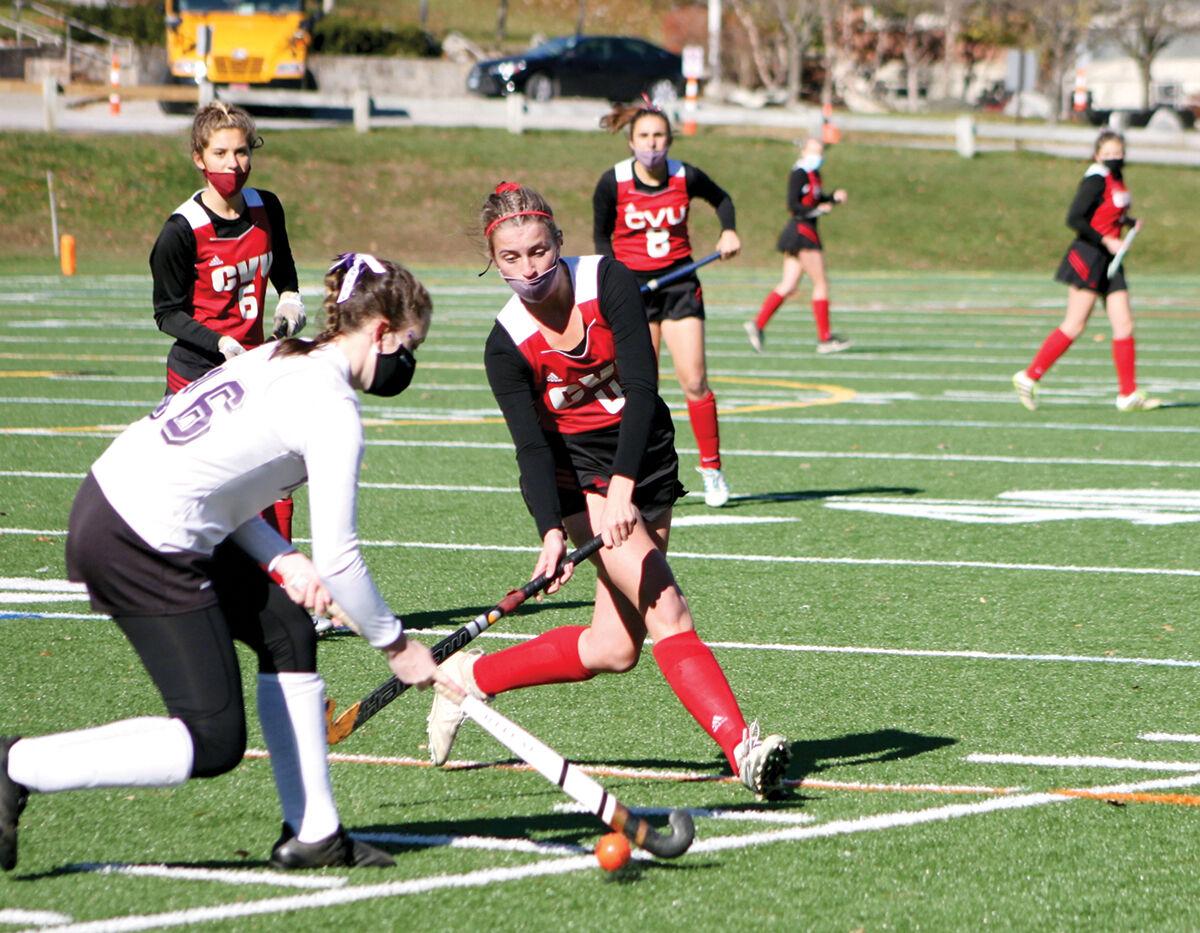 Despite a solid season, CVU wasn’t able to surpass Bellows Falls on Halloween.

The battle for the Division I field hockey state title was a staring contest between undefeated Bellows Falls and No. 3 Champlain Valley Union High School on Halloween at Burr & Burton.

Unfortunately for the Redhawks, they blinked first.

After playing to a 0-0 tie in the first half, the two teams traded chances in the third quarter. But it was Bellows Falls who broke through, scoring with just over three minutes remaining in the frame. Just over two minutes later, the Terriers struck again for a 2-0 lead.

Champlain Valley tried to mount a comeback but could not find a way to score, yielding to the top-seeded Terriers who captured their second title in three years with the 2-0 win at Burr and Burton Academy on Saturday.

“I am so proud of this group,” said CVU captain Lena Ashooh. “I think that we played our hardest today...I also think that all of that we’ve done this year, it is so much more than this one game.

“I think we’re all leaving feeling like we had a home during such a crazy time.”

The first half saw the Redhawks with plenty of chances to score. The team earned seven penalty corners in the first quarter but could not get the ball past Bellows Falls goalie Jaia Caron (eight saves).

“I think we just couldn’t put it in,” said CVU coach Tucker Pierson. “We were putting it right into her feet. It’s frustrating to have dominated all over the field for most of the game and then to not score.”

The Terriers, who had appeared in three straight D-I title games, earned a penalty corner. The ball came to Maya Waryas, who made a couple of moves to gain space and directed the shot on goal. Grace Bazin found the loose ball and tucked into the net for the 1-0 lead.

With just under one minute to play in the third, Bazin struck again. The Terriers earned another penalty corner and the ball was fed to Bazin, who made a move and fired it in for a 2-0 lead.

“It’s hard to come back after goals in field hockey and I wish that we could have responded right away,” Pierson said. “We continued to play hard through the end of the game, which I’m really proud of the girls, the team for doing that.”

In the fourth quarter, the Redhawks fought for the equalizer, forcing a goalline stand from Caron early in the frame. Then Ashooh had an end-to-end rush that saw her feed to the front of the net just missed by her trailing teammate. In the end, CVU just could not find the finish they needed in front of the goal.

“Scoring is always a challenge,” Ashooh said. “They did have a phenomenal goalie but in the end we gave it our hardest and they played a great game.”

The final berth was the culmination of a three-year march for the CVU program, who appeared in the final in 2017. After a quarterfinal appearance in 2018 then the semifinals last year, the state championship felt like the next step for the Redhawks, who now graduate 10 seniors.

“I think going into it, we had no expectations of how we would perform and so to do so well is just the cherry on the top of a really great year,” Ashooh said. “It was a really fun and memorable year.”

And while the trophy may not be coming back to Hinesburg, Pierson is proud of the team and how they responded in a season fraught with COVID-19 concerns.

“I’m just so grateful for every day that we have,” Pierson said. “We were down driving down on the bus, just feeling so grateful to be here and to be playing.”