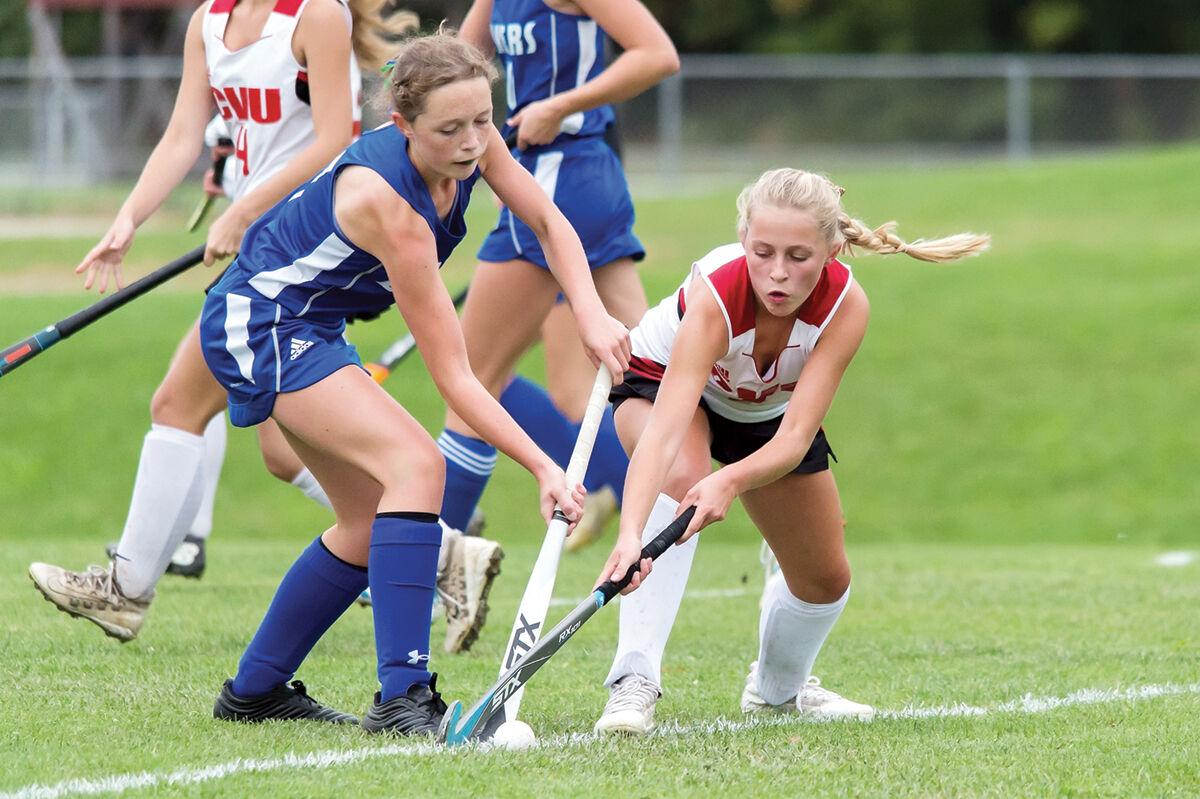 A Champlain Valley field hockey player battles for the ball in action against Colchester Sept. 29. 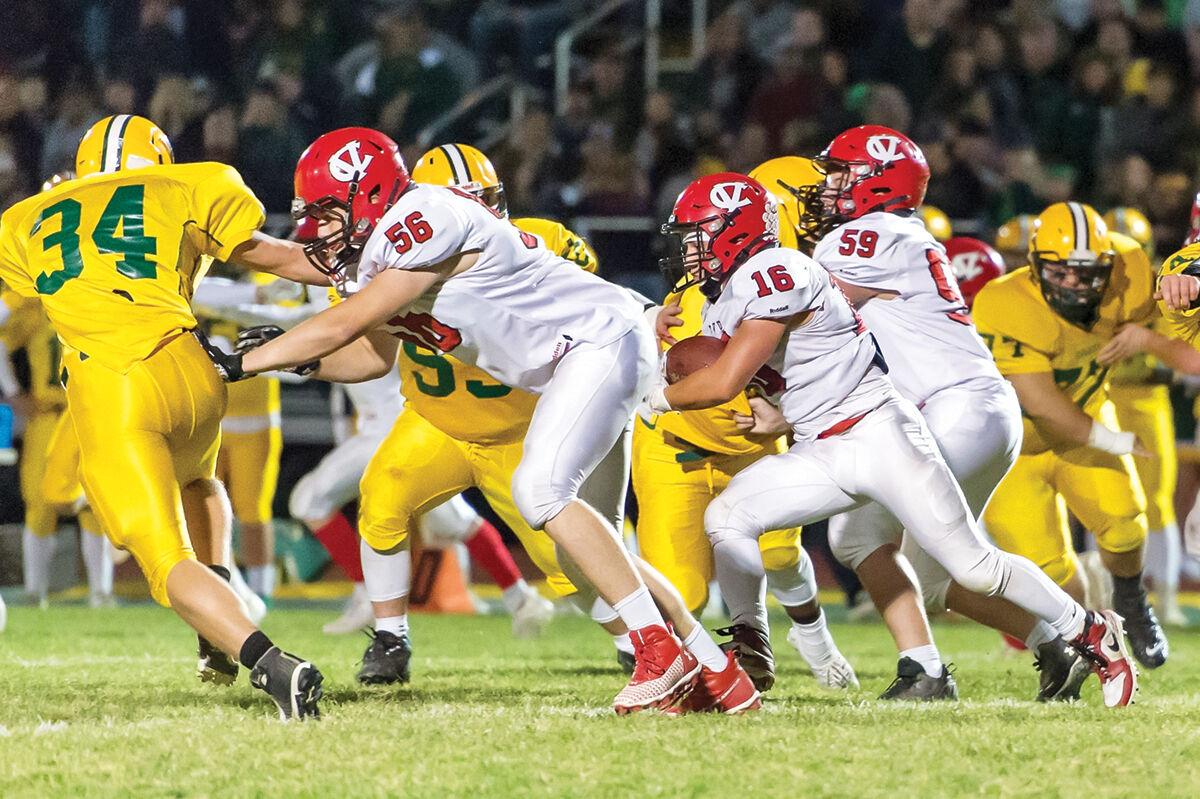 A Champlain Valley field hockey player battles for the ball in action against Colchester Sept. 29.

Ella Polli and Emma Allaire combined to make three saves for CVU, which moves to 5-0-1.

Libby Westbrook stopped 14 shots in goal for the Seahorses.

The Champlain Valley cross country team headed to the Woods Trail Run at Thetford Academy and came away with top results.

Matthew Servin was the top CVU finisher, coming in second place on the boys’ side. Kai Hillier came in 29th, Jameson McEnaney was 39th and Brennan Militello was 45th to round out the Redhawk runners.

With those results, CVU came in third place in the team competition.

Alice Kredell was the top finisher for the CVU girls, coming in fourth place. Kate Silverman was 59th and Jasmine Nails was 69th for the Redhawks, which came in seventh overall as a team.

The CVU defense was active throughout the game with Jared Anderson, Ryan Boehmcke and Colin Zouck each grabbing an interception.

With the win, Champlain Valley moves to 4-1.

Chance Therrien had the assist for CVU, which moved to 5-1-2 with the win. Aiden Jaremczuk stopped four shots to get the shutout in goal.

Champlain Valley 2, Rice 1 (OT): The Champlain Valley field hockey team got a late goal in regulation to force overtime, then scored in OT to get the win over Rice Friday.

Sydney Mast scored with 22 seconds remaining in regulation to tie the game 1-1 and then Tess Everett netted the game-winner in overtime for CVU.